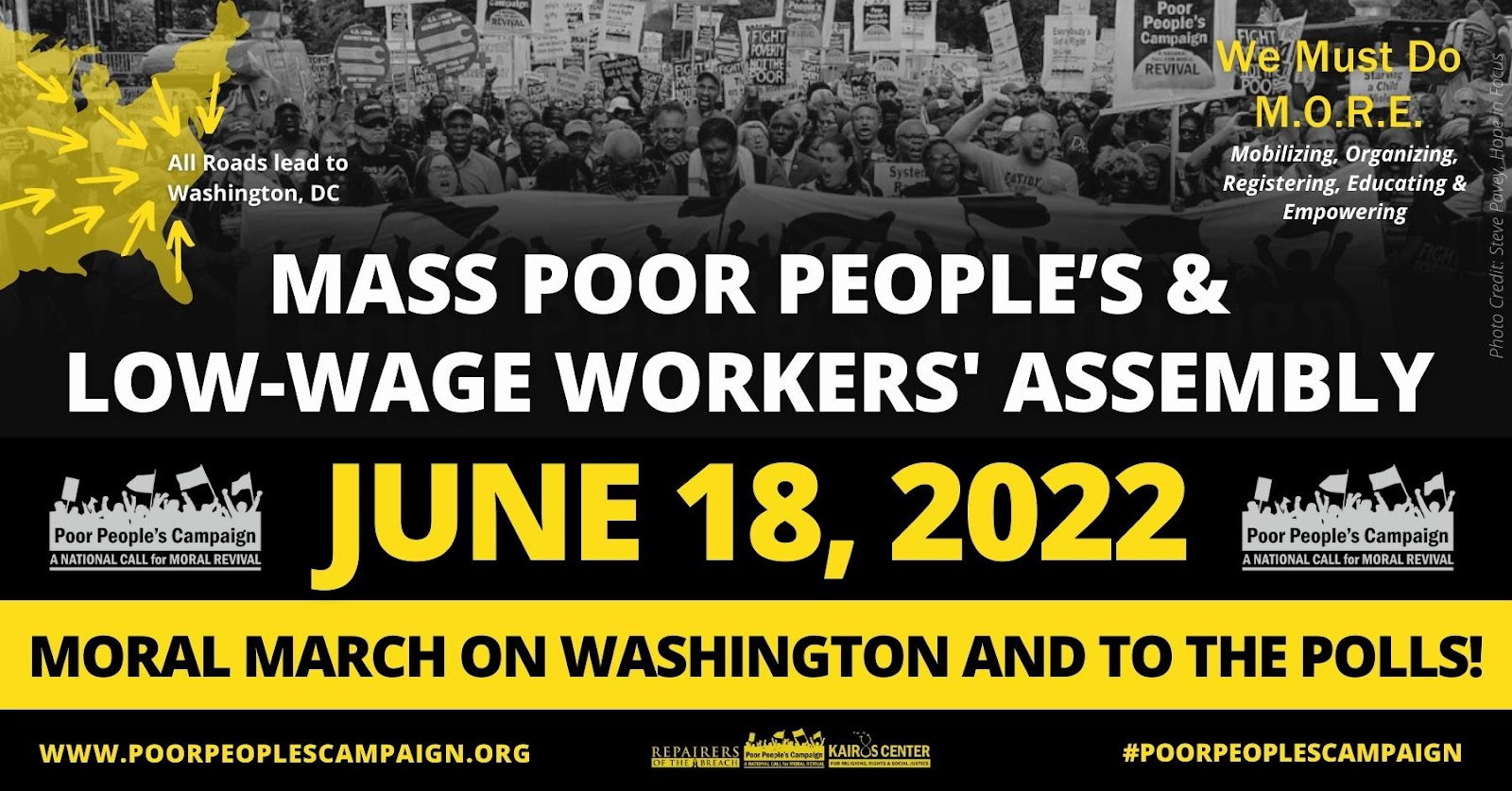 “It is NOT just a day of action. It is a declaration of an ongoing, committed moral movement to 1) Shift the moral narrative; 2) Build power; and 3) Make real policies to fully address poverty and low wealth from the bottom up.”

Any nation that ignores nearly half of its citizens is in a moral, economic and political crisis. There were 140 million people who were poor or one emergency away from economic ruin before the pandemic. Since March 2020, while hundreds of thousands of people have died, millions are on the edge of hunger and eviction, and still without health care or living wages, billionaire wealth has grown by trillions.

There are abundant resources to meet our needs, and we march to summon the political will to do so. America must have a moral revolution now. It is time to nonviolently disrupt, protest, shake up and alter the direction of our nation towards a moral agenda of love, truth, justice and equal protection under the law.

On June 18, 2022 the Mass Poor People’s & Low-Wage Workers’ Assembly and Moral March on Washington and to the Polls will be a generationally transformative and disruptive gathering of poor and low wealth people, state leaders, faith communities, moral allies, unions and partnering organizations. We are building power for an agenda that lifts all people by challenging the interlocking injustices of systemic racism, poverty, ecological devastation, the war economy and the false moral narrative of religious nationalism!

How to Use This Guide:

The Poor People’s Campaign: A National Call for Moral Revival invites you to join poor and low-income, directly impacted people, faith leaders, and moral advocates from Arkansas, Kansas, Louisiana, Oklahoma and Texas for the next stops of The Mass Poor People's & Low-Wage Workers' Assembly and Moral March on Washington and to the Polls Mobilization Tour with a second regional Moral Monday at 8pm ET / 7pm CT on February 28. Speakers who are directly impacted by the policy violence of the US Congress will headline the event. Somebody’s hurting our people, and it’s gone on far too long, and we WON’T BE SILENT ANYMORE!

They will be joined by faith leaders and artists to demand this nation do MORE to live up to its possibilities: 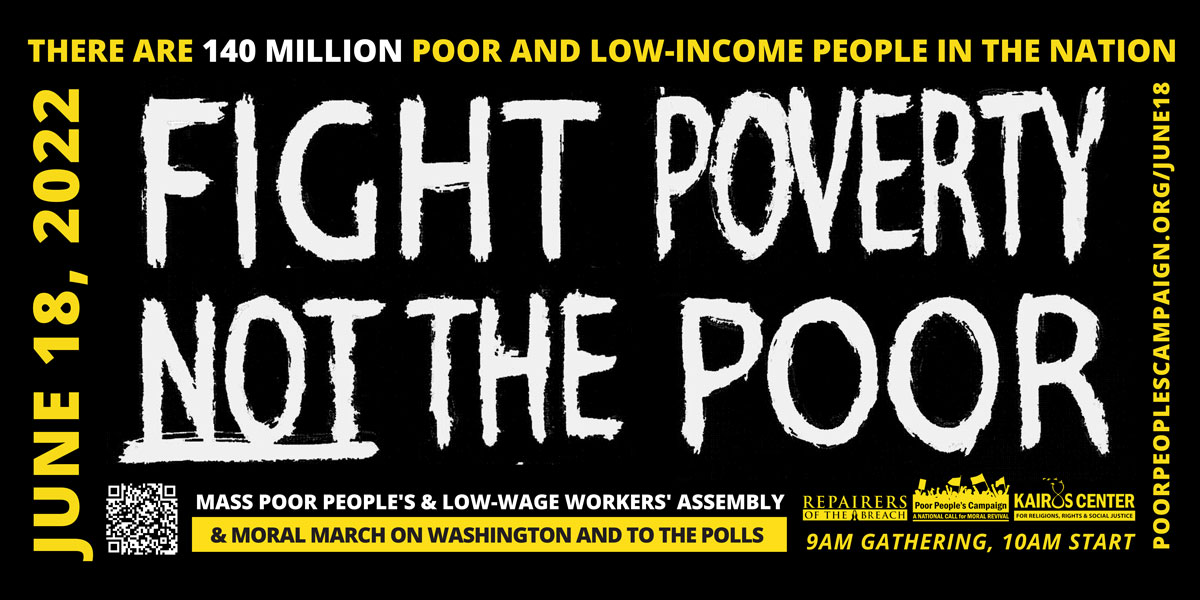 Add a frame to your Social Media Profile picture: 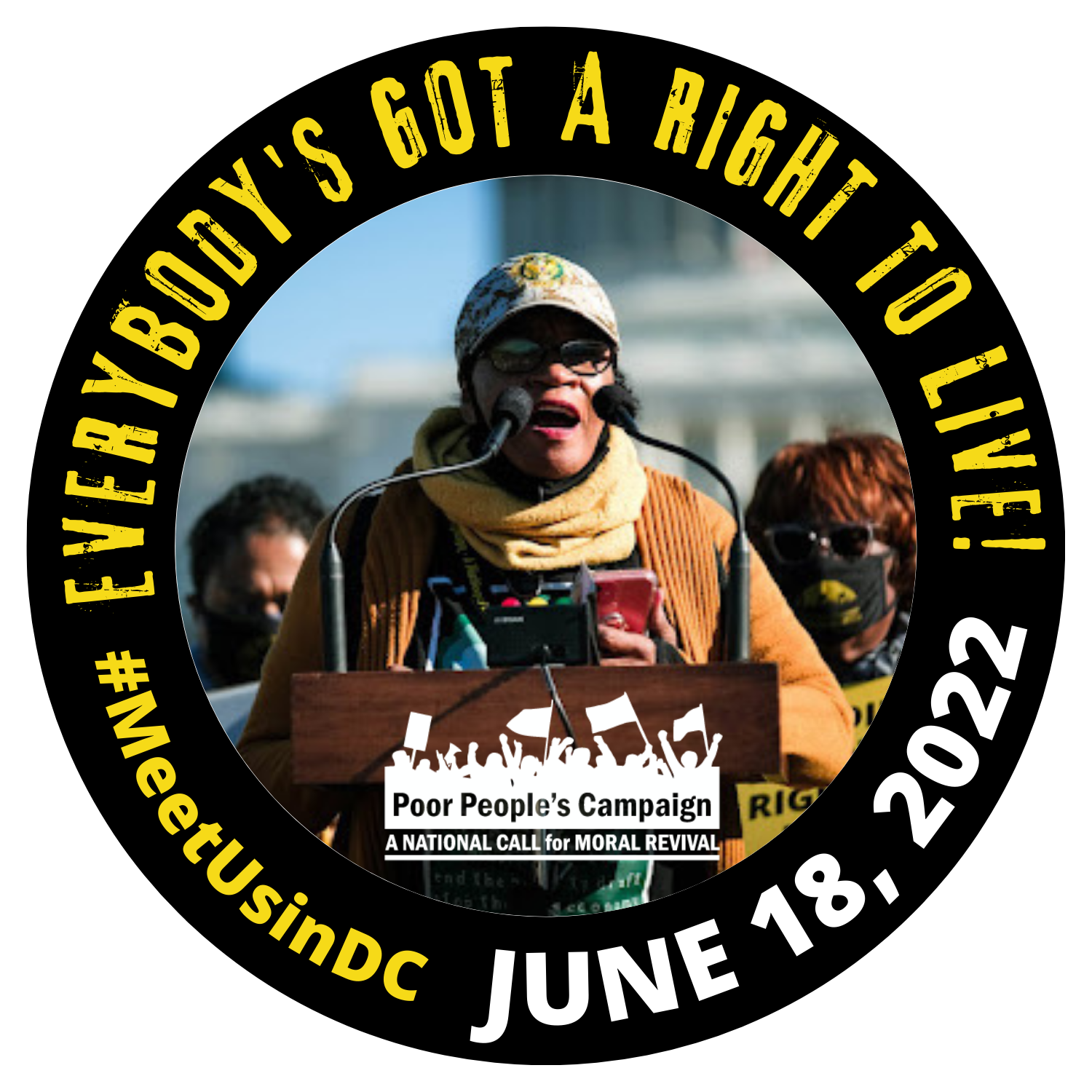 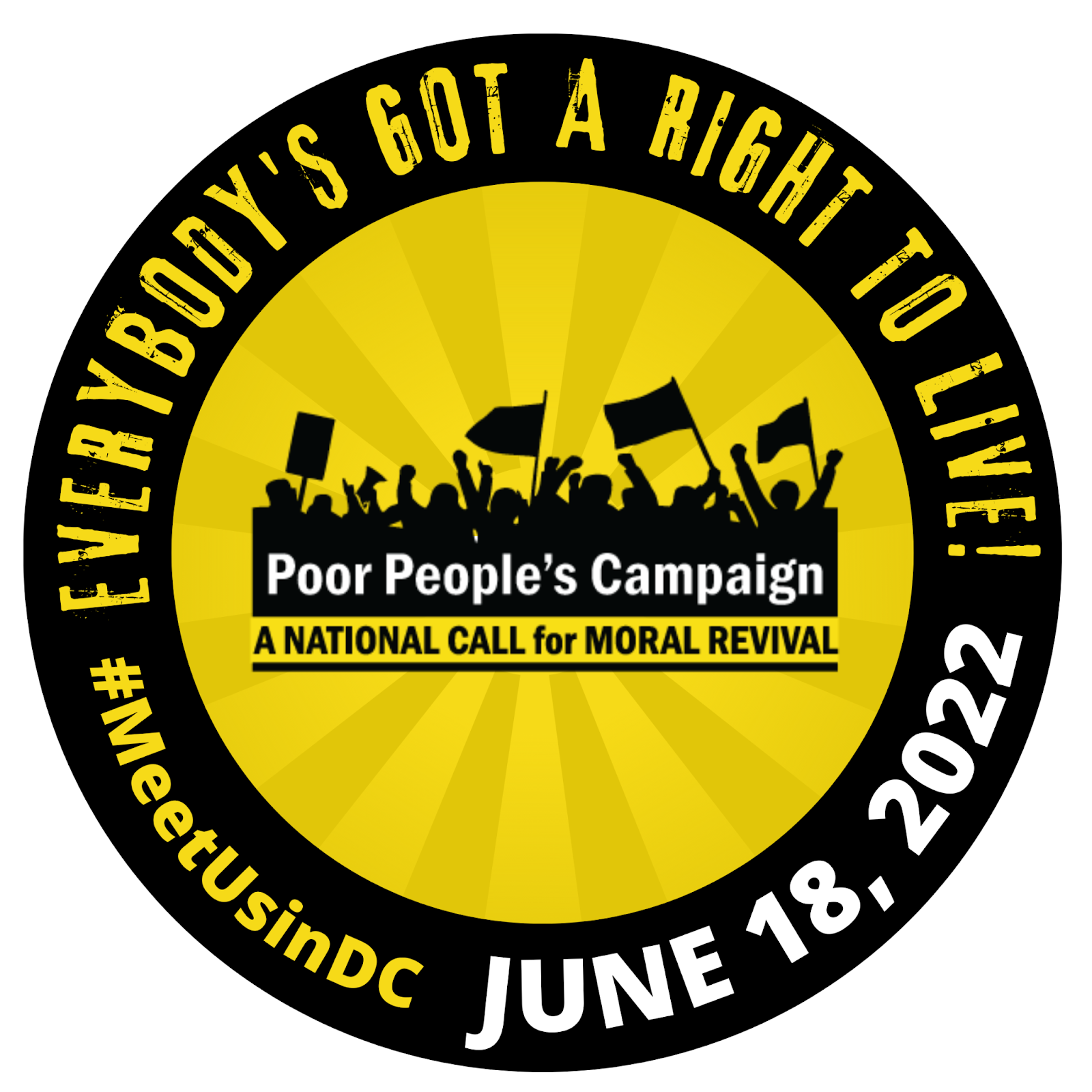 Reminders When Posting on Social  Media:

USE HASHTAGS: Use #PoorPeoplesCampaign! This is how folks can follow what’s going on, engage in the conversation, and check later if they missed out or pull user-generated content to curate report backs.

TAG & RETWEET PARTNERS: You can do this to photos/graphics so you don’t take up character space. The more you tag and the more you retweet, the more people we reach.

STORYTELL: Use your personal story of involvement with the campaign to encourage others to sign on.

EMPHASIZE KEY THEMES: Follow the framework of leadership of impacted people and remember: this is an inclusive movement so be sure to uplift the multifaceted issue agenda!