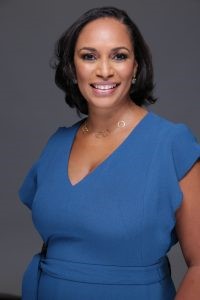 Jemina R. Bernard, a graduate of Yale University and Columbia Business School, most recently served as Executive Director at Student Leadership Network. Jemina began her career in education more than fifteen years ago, after stints in global business consulting with Deloitte and PricewaterhouseCoopers and in community development with the Upper Manhattan Empowerment Zone. In her previous position as CEO of ROADS Charter High Schools, she led the start-up of two charter high schools serving more than 400 students who are over-age, under-credited, mostly court-involved, homeless, in foster care and/or in child-protective services. At Teach For America, Jemina previously held leadership positions as the New York Executive Director, during which she raised $12 million dollars for the organization, and Senior Vice President of Regional Operations, where she managed the executive directors of Delaware, Detroit, Newark, NYC, Philadelphia and Washington, D.C. Prior to TFA, Jemina worked at the New York City Department of Education (NYCDOE), with increasing levels of responsibility, ultimately taking on the position of Chief Operating Officer (COO) in the Office of New Schools.

In all her roles and across all the organizations she has worked for, Jemina brings a passion for equity and social justice that is rooted in her own upbringing as an African-American, Puerto Rican woman who grew up in the South Bronx and went on to graduate from Ivy League schools. She believes deeply that an excellent education is the greatest lever for success.  Jemina dedicates her time, talent and voice to fight for equity and access while serving as a role model and mentor for young people, especially young black and brown girls who look like her.