So you know that Zimbabwe is screwed… now what? Time to help out. Here’s some ways to get involved and change life on the ground in Zim for the better

i’ve created this doc to help people help Zim in whatever way they can. Please include any charities/causes/petitions that you feel should be spotlighted and thank you for getting involved ! 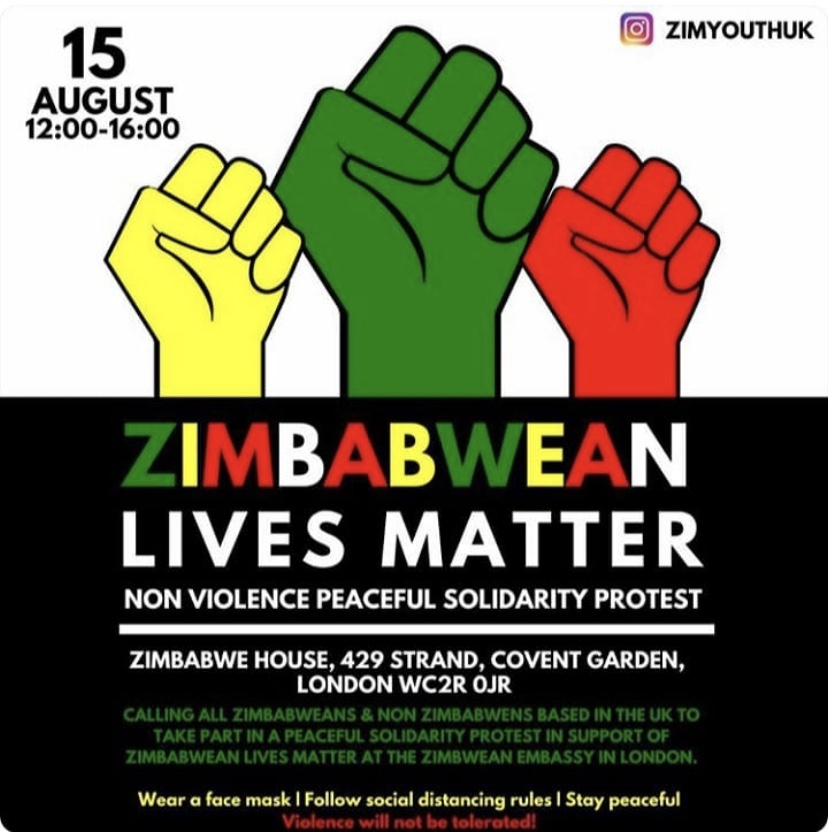 There are many charities and funds desperate for donations and financial support, especially during the current global situation. Due to the disturbing rate of hyperinflation in Zimbabwe and the appalling state of health/social services, access to basic rights are limited or expensive. However, this means that even a small donation in foreign currency (such as GBP and USD) can stretch a long way and truly make a difference.

Below I’ve listed a few initiatives that span gender equality, schooling, healthcare and more, they are relatively new and grassroots projects. Encouragingly, most have been started by individuals of the Zimbabwean diaspora and are managed by them also. It’s much more sustainable and efficient to donate to smaller, grassroots projects and they likely have less overheads and are able to access specific communities effectively without bureaucratic restrictions. These amazing projects  are listed below and each has a small description attached.

1.       I AM EMPOWERED ZIMBABWE – a UK based initiative that aims to send kids to school in Zimbabwe, uses funds to buy school supplies and pay tuition fees. https://gf.me/u/yj8vxj

2.       MINA CUP Foundation – a SA based charity that works to fight period poverty in SA and Zimbabwe, uses funds to educate men and women on periods and health and gives girls free menstrual products. For every MINA cup bought commercially they also give another girl one for free! https://minacup.org/

3.       Zimbabwe Covid-19 Citizens Healthcare Support Fund – an international fund started by members of the Zimbabwean diaspora that works to combat the negatives of COVID-19 in Zimbabwe and support citizens and the underfunded healthcare services domestically. https://uk.gofundme.com/f/covid-zimbabwe

4.       Love Zimbabwe – a Wales based charity which works to promote sustainable living in Zimbabwean communities. It works to uplift, educate and support communities in bettering themselves. https://lovezimbabwe.org/

6.       The Queen’s Child Project – a UK based initiative that is female run and founded. It works to combat period poverty in Zimbabwe and educate young girls on the power of their bodies. https://gf.me/u/ykj7sd

7.       Zimbabwe Educational Trust – a UK based charity that facilitates higher education opportunities for young people in Zimbabwe. It supports them in school and beyond through mentoring, programmes and networking. ‘Zimbabwe Educational Trust works with grass-roots Zimbabwean community organisations to support young and vulnerable people to stay in school and out of poverty. Our work covers; women’s empowerment, birth registration, sexual & reproductive health, conservation agriculture, vocational training and much much more’ https://zimbabweeducationaltrust.org.uk/

8.                 Reinvigorate Global Foundation - an African NGO that works to improve maternal, reproductive, adolescent and child health all over the continent.  They do projects directly with the healthcare givers so money doesn’t go to the government. [recommended by M Shumba] http://reinvigorateglobal.org/

9.                 Building a bridge for the Murewa Rural District - a rural district in Zimbabwe are in desperate need of infrastructure and a bridge to better connect them to each other and other areas. This is a recently established gofundme but it has a deadline of November for construction so please give generously. [recommended by M Zhou] https://gf.me/u/ymrf78

10.          Supporting hospitals in Zimbabwe - this is an individual initiative and is UK based. They aim to fill a drum/container with PPE equipment and send it to Zimbabwe by the end of September. [recommended by B Mafu] https://gf.me/u/yjviyy

11.         Media Institute of South Africa (Zimbabwe) [MISA] - this works on a membership basis not donations! This organisation works to promote freedom of speech and media freedom, it also supports journalists and press/media groups. [recommended by Sibo] https://zimbabwe.misa.org/

Larger and as equally important projects are listed below:

3.       Save the Children Zimbabwe https://www.savethechildren.org/us/what-we-do/where-we-work/africa/zimbabwe

Here’s a letter template to send to your local MP asking them to address the dire situation in Zimbabwe right now. It covers the following:

-          The UK government giving effective and appropriate aid to Zimbabwe (such as food, healthcare support and other supplies)

Please make sure to put your name, address, postcode and telephone number when emailing/contacting your MP. If you have time/can please also consider rewriting the letter or adding other details to make it more personal and encourage the MP to read it closer.

As one of your constituents, and an ally to the Black community, I am writing to you today with the hope that you will respond to my request to take firm action on the following points:

Firstly, the World Food Programme and the UN have warned that Zimbabwe is on the brink of a starvation crisis as food is becoming more expensive due to hyperinflation but also scarce, they are calling for international support in combating this. The UK is in a position to help, I am imploring you to encourage members of Parliament to work to provide aid both humanitarian and relief to Zimbabwe and support its citizens. Effective, appropriate  and timely aid from the UK could alleviate the detrimental effects of the pandemic on the country on both the underfunded healthcare services but also smaller, rural communities. It is vital that aid is given to Zimbabwe to help their people where their government has failed.

In a similar vein, the UK government must campaign the UN and show that we believe this crisis to be of utmost importance and we are committed to supporting and uplifting the lives of Zimbabweans. As a world leader and one of weight within the UN, speaking out publicly on providing aid for Zimbabwe and supporting international efforts for Zimbabwean people would be a priceless and integral part of improving the lives of domestic Zimbabwean citizens and encouraging a fairer democracy. While the whole world struggles with this pandemic, I’m sure you agree that it is important that the entire global community come together for collective growth and a better future.

For years the corrupt Zimbabwean government has placed unjustifiable restrictions on civil liberties for its peoples such as cutting off their internet, allegedly tampering with elections and ignoring the will and needs of their citizens. The death of Robert Mugabe in September 2019 however did not see the regeneration of Zimbabwe as hoped, instead Emmerson Mnangagwa’s government has seen to it so continue the destructive and cancerous leadership of its predecessor. I ask that you, as a member of Parliament, a symbol and champion of democracy publicly condemn the actions of the Zimbabwean government. Your voice, as not only an elected official but as a global citizen, used against autocratic and oppressive governments is irreplaceable in fighting for the freedom of Zimbabwean citizens. I ask that you please, use it to stand up for those who are being purposely silenced. I ask that you condemn the torture of Cecilia Chimbiri, Netsai Marova and Joanah Mamombe and demand justice for them.

Furthermore, I ask that you plead for the release of those unlawfully arrested for protesting their government’s incompetence. Citizens justified in and rightfully exercising their voice and right to freedom of speech to speak out against their corrupt government have been silenced, arrested and persecuted. Please ask for the safe and immediate release of protesters, unnamed and named such as Tsitsi Dangarembga - an award winning novelist, Muzingaye Thaka – a conservationist and school teacher, Tawanda Muchechiwa – a research assistant and activist. As a first world democracy we must champion and fight for democracy and the liberation of all people everywhere, the Zimbabwean government has repeatedly shown to disregard human rights and suppress democracy; arresting protests unlawfully its more recent attempt. Please condemn it for the inhumane and inexcusable practise it is and ask for the victims to be freed.

I understand that these demands cannot be meant by you alone and so I urge you to highlight the urgency of these issues to your colleagues and make this a priority within Parliament as a whole. With the easing of the UK lockdown we are now in a better position to help other countries that desperately need it and improve their citizens quality of life.

Thank you for taking the time to read this letter; I would be more than happy to provide further information on some of the incredible activists that are driving for the changes outlined above. I appreciate all the work you have been doing in the local community and your tireless commitment to championing the people. And yet, there is still more work to be done. I appreciate your time reading this letter and I hope you are moved enough to act accordingly.

I hope you will consider the demands above, and fight for justice.

People have come back to me asking about alerting and writing to international authorities or South African officials. I am currently still working on a template letter but here is a list of individuals to send letters to if you already have a draft in mind.