Odyssey Interstellar will sponsor and host regular fighting events every other month starting in January 2950 see Appendix A. There will be a minimum of three fights per event and a maximum of five fights per event. Fights will be a total of five rounds at 3 minutes a round with a 1 minute break in between rounds.
All sponsored fighters that have entered the ODINT UMC will initially be set into a single pool and matches will be arranged between fighters. The UMC ladder will consist of four classes see Appendix B. The first class will be the entry level class, the C Class. In order to move up the ladder into higher classes, a fighter must win two out of three fights (or two thirds of all attempted qualifying fights). A fighter can not fight the same opponent twice during a single event. A fighter may only be considered for advancement into the next class if all fights are qualifying fights. Qualifying fights must be with a fighter in the same class or up to two classes higher. If a fighter loses three consecutive qualifying fights they will be moved down one class on the ladder. A fighter may challenge another fighter up to two classes above their own class. If the Challenger wins, they will automatically move up to the next class. If the challenger loses they will not lose their current position in the ladder. If the defender loses, the defender will automatically be moved one class lower than their current class. If the defender wins there will be no change to their class. If challenged, a fighter must accept the challenge unless the challenger is more than two classes lower than them on the ladder. If the challenged fighter refuses to fight the challenger within a reasonable time frame the challenged fighter will be moved down a class on the ladder. If a challenger loses a fight against a higher classed fighter the challenger may not challenge that fighter again until they have qualified to advance to a higher class on the ladder (requiring them to win the next two out of three fights in their own class before challenging the same fighter). Fighters may not challenge other fighters that are under their class on the ladder. Challenging a fighter in the same class as the challenger will be considered a qualifying fight. Fighters are encouraged to arrange their own fights by challenging one another. Challenges must be made publicly and submitted to ODINT UMC coordinators to be considered valid challenges. 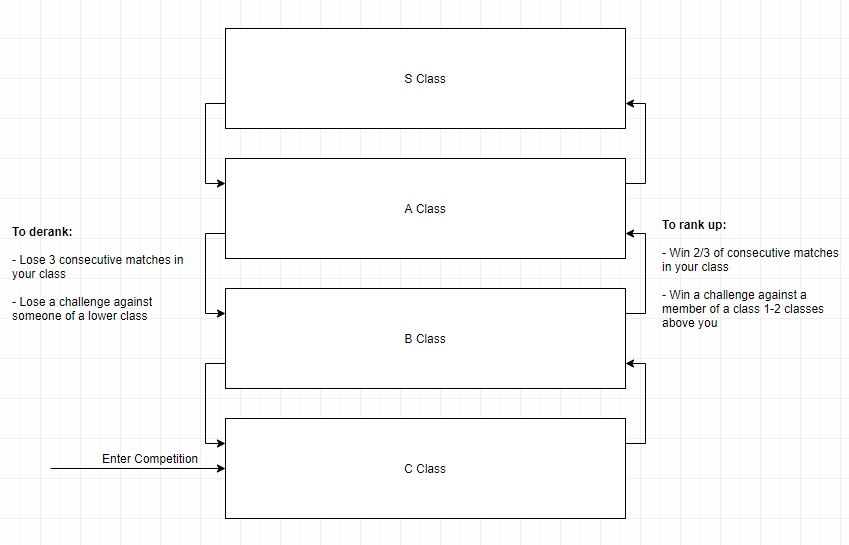 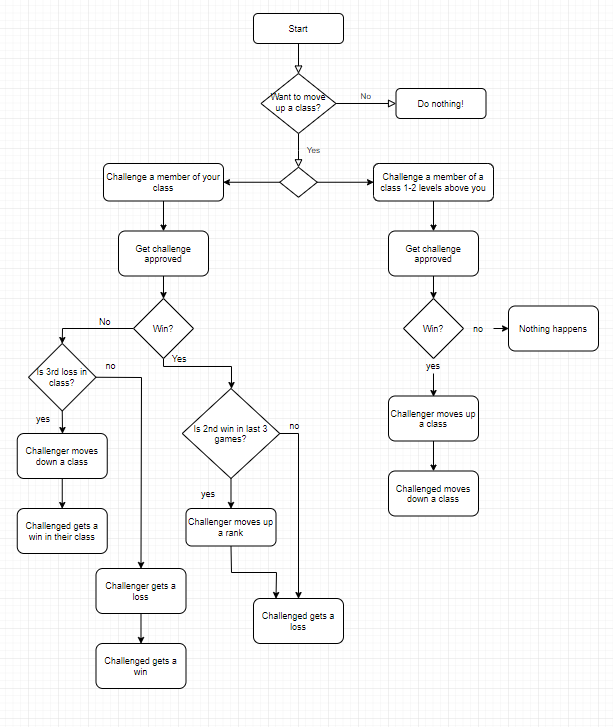