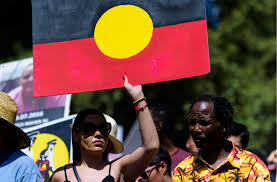 BlackLivesMatter must include the lives of Aboriginal Australians. Over 400 Aboriginal men and women have died in police custody since 1991, and no officers, guards or medical professionals have been given anything worse than a warning. The death of David Dungay Jr draws parallels to the death of George Floyd, in Minneapolis - his last words were ‘I can’t breathe’ as he was murdered in prison when he refused to put down a biscuit. Change must be made everywhere around the world but we cannot forget Aboriginal Australians.

Prevent Another Aboriginal Death In Custody

In Memory of Tanya Day

In Memory of Joyce Clarke

Australians for Native Title and Reconciliation

Please practice social distancing measures while protesting and wear masks! If possible, try and self-isolate and take a COVID test afterwards as well. Protests are important to attend, but so is the health of yourselves and those in your community :)

Your federal government representative. Find out who your MP is here: https://electorate.aec.gov.au/

A letter or personalised email appears to be better-received, but if this is not possible, a sample email is provided below.

Hello [Minister/Name of Your MP],

I am a [your electorate] resident contacting you regarding the disproportionate rates of Aboriginal deaths in police custody and the racial prejudices that are present in many of these cases. I am a concerned citizen who would like to express my anger and concern over the 432 Aboriginal deaths in custody here in Australia and the abuse of police powers present within the prison system. I want justice for the families of the victims, and as a citizen, I demand reform and further accountability on behalf of the state, and the guards and officers involved. There have yet to be any officers found guilty of any crime regarding these deaths, despite clear negligence, human rights violations and discrimination shown in cases such as the deaths of David Dungay Jr, Tanya Day and Joyce Clarke, amongst many others.

Reform is achievable, with your support.

Contact me if you see any changes to be made or things to be added!  twt/ig: sophielinehan_

disclaimer i am not aboriginal! please message me if anything isn’t quite right!!