The short story below was written in one hour by Edan Lepucki, Tope Folarin, and Mike Curato, together, in this Google Doc. The authors’ wrote their story while using a Hangout on Air, and then participated in a Q&A with Grant Faulker from National Novel Writing Month (NaNoWriMo). Many thanks to Google Docs user Lauren for her opening sentence, and to Mike Curato for the real-time illustrations.

She didn’t know what on earth possessed her to say yes, but there she was at 8 o’clock on a Sunday morning, bags packed, and ready to go.

Her dad was dead, and her mother had told her just forget about him, and his stupid cappuccinos, his horrible mistresses, his need to be right. But then, her dad’s girlfriend (the mistress-of-the week, or, year), Thelma, had called.

“Come to the emu farm. For the memorial. The service is going to be stirring.”

She had only learned to drive a few weeks before. The last time she had stepped into a car, she had almost crashed into a passing woman who was weighed down with bags, who had been oblivious to her presence until she turned, almost too late, and saw her car approaching. Now she tried to calm herself as she stared at the street ahead. She was still occasionally unsure if the gas pedal was on the right-hand side, or the left, but she knew how to steer well enough, and she figured that would get her where she needed to go. 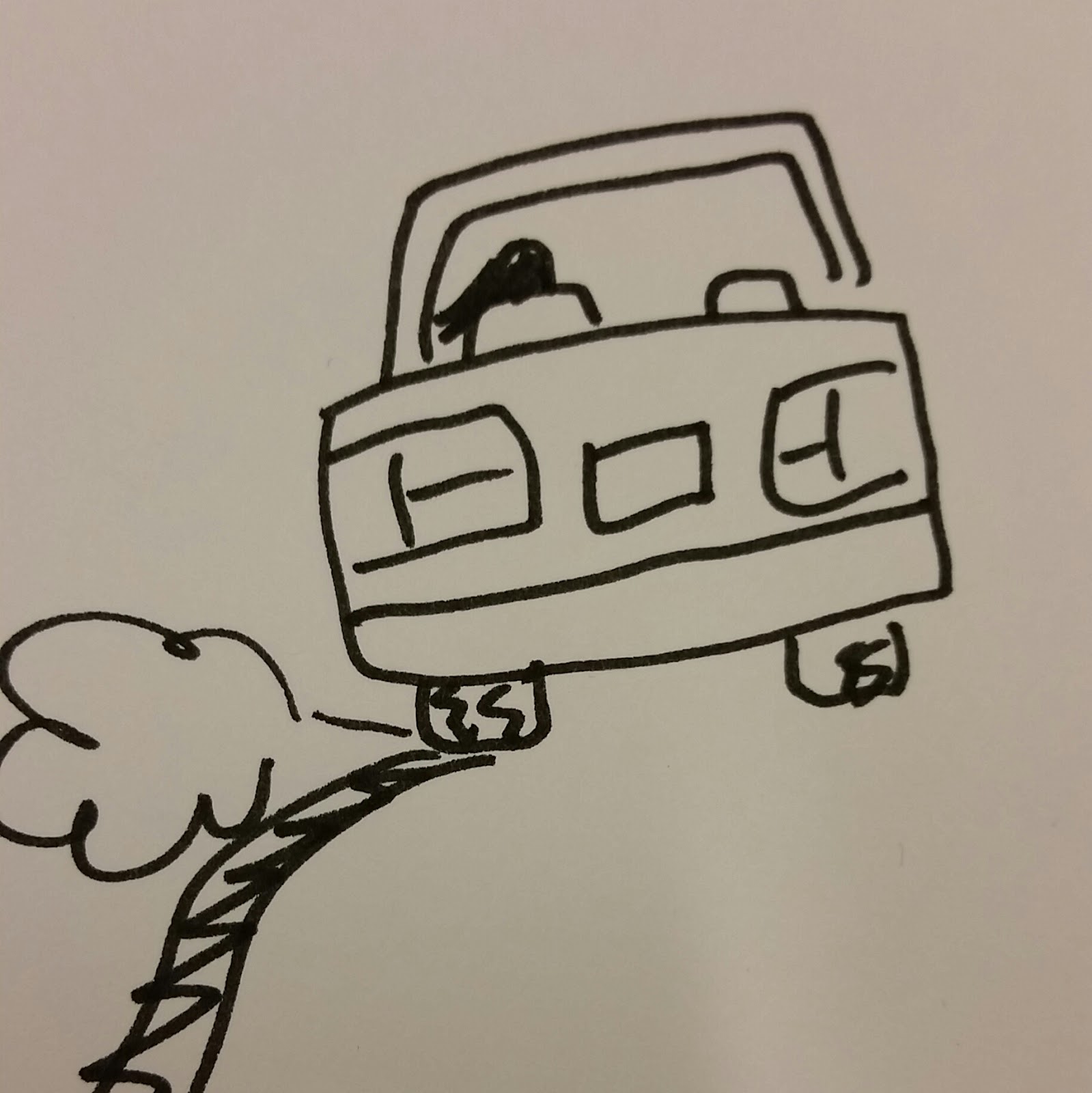 Where she needed to go: one hundred miles east where there was nothing but sand and scorpions and fifty-five emus. The smell of cappuccino and five assistants buzzing around asking, “Sir, would you like a leaf in the foam today? Or how about a golf ball?” But no. They wouldn’t be saying that today, because Mr. Asshole Emu Farmer was dead. He was the one who had promised to help her drive better, and now look at her: she could barely merge onto a freeway.

All this thinking about cappuccinos and she nearly missed the turn. The car screeched, backed up, and turned down the gravel road towards the memorial service. Who has a memorial at a boy scout camp?

“But there she was: she could smell the faint whiff of a few s'mores lingering in the air. At least she hoped they were s’mores. She parked, patted down her mohawk, gathered herself, and stepped out of the car. She tried to remember what her mother had told her about managing her nerves: always act like you’re the only one who matters. But how could she matter in a place like this?

She looked up, and there she was: Thelma. Turquoise rings on every finger, silver bracelets chiming up and down her wrists. Pendulous breasts, long ago ridden of a bra. Her mouth was painted like a cotton candy wound, and when she smiled her big white teeth gave her away, as if to say: Oh, my dear, I may look like a commune-dweller but I grew up in Beverly Hills with only the best orthodontia at my disposal.

“Yep, here I am. Where are the assistants?”

“Oh…” Henrietta looked behind her, as if expecting to see a trail of yes-men, tiny spoons at the ready. But there was no one, just that scent to S’mores, and the dead dreams of chubby boy scouts. “There’s been a...coup of sorts? A kind of ruinous upheaval of management.”

“Please,” Thelma gestured,” have a seat on this...log?” Henrietta looked out amongst the lean crowd, most of whom her father still owed money. Most likely their guests were their lawyers rather than their spouses.

She took her seat on a newly split log, one that had the least smudges of marshmallow. She dug through her purse. Where was that emergency chocolate? And the pill bottle?? Apparently she was too busy packing up last season’s sweaters to focus on what she really needed for this trip.

Peter, the love of her life in a past life. She hadn’t seen him in over five years, but the sight of him caused her to momentarily forget what she was even doing here. She admired his gait, the way he walked with his chin slightly lifted, as if he were constantly on display. He was only six feet tall or so, but he seemed about a foot taller. His teeth were slightly crooked, but she liked that about him, everyone did. The sight of him was better than a bottle of pills any day.

Thelma, as ever, was upset that no one was paying attention to her. She grunted.

“Yes,” Henrietta recovered her senses, glanced around Peter as if she were searching for someone.

“So are you ready?” said Thelma.

“To sing, of course. I’m assuming that’s why you arrived with that ridiculous haircut. I’m assuming you wanted one last chance to embarrass him.” 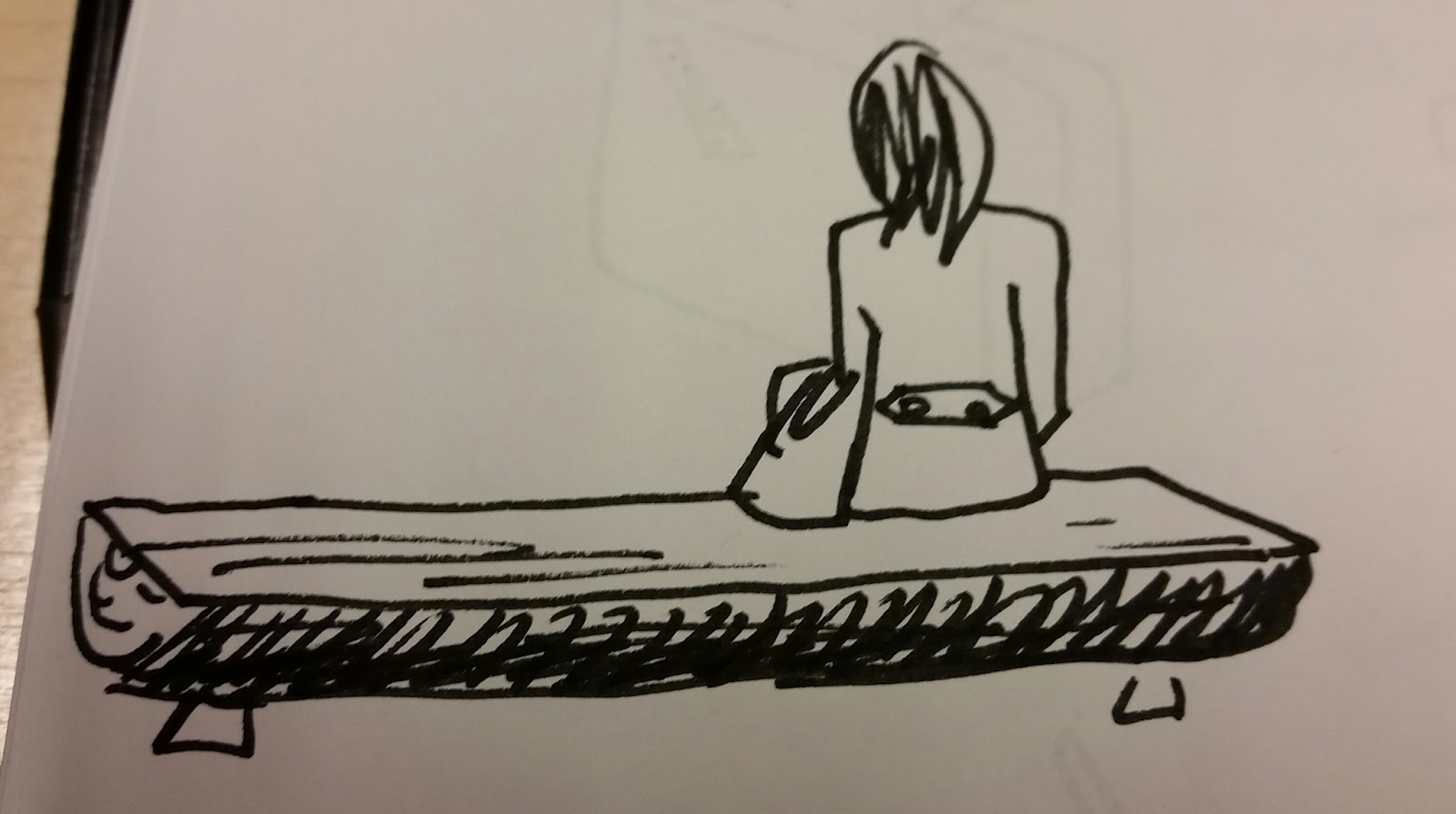 Henrietta could have punched Thelma, if she were the violent type. Instead she just thought about doing so, and felt better.

Someone tapped her on the shoulder. Peter.

“When Thelma turns her back, let’s run away,” he said.

“What is this? A WB series? People don’t say that.”

“I do. Remember when I was your brother?”

Henrietta shook her head. “Never by blood, you freak.”

It was true, though: for six months, January to June of 2004, her father had separated from her mother, to shack up with Peter’s mom. They got married in some spiritual healing center in Ojai, but it wasn’t a real, legal marriage. By the time Peter and Henrietta had made out three times, the whole spiritual union was defunct. Henrietta was in love with her brother, and glad to hear the separation would no longer make them siblings. But after that, Peter and his crazy mom left for Taos and she never saw them again. Until now.

“Is your mom here?” Henrietta asked. “At the memorial? The last time I saw you guys she was screaming out the car window that my dad was a hard-boiled rat’s ass and that she was planning his murder.”

“Well, this is a kind of celebration for her,” he said. He smiled and then it disappeared. “Honestly, she is a wreck. She’s over in the sweat lodge, sweating out what she calls an untenable grief.” At “untenable grief” he faked an English accent; his mom, Rita, was British.

“Hello everyone, please take your seats. We are about to get started.” Her Dad’s cousin, Philip, was always taking the helm. “The front row is reserved for the ex-wives club...those of whom have showed up.” Henrietta rolled her eyes. “I think we will all remember Richard for many reasons. He was a damn good businessman, and had a hell of a backstroke.”

“We are not going to stand on ceremony, so I invite anyone to come and share a memory. Preferably good ones and nothing that is currently under arbitration.”

“I’LL START!” It was Rita. This should be interesting. She strolled down the log-flanked aisle in her kimono, her face glimmering. Was it the sweat from the hot house, or that lotion that club girls wear with glitter in it? It could be both.

The crowd stirred. “He is ALIVE in the ASTRAL PLANE!” Everyone groaned and turned back to their original positions. “He CAME to me just now.”

“Let me guess, he wants you to have the time share in Malibu,” Thelma shouted.

Henrietta glanced to her right. Where had Thelma come from? The crowd chuckled and Thelma smiled knowingly: she didn’t care about the time share, more than anything she wanted to embarrass Rita. And she had succeeded.

Rita looked for the source of the noise and saw Thelma sitting in the second row, leaning far back in her chair, like she was drunk.

“What do we have here,” Rita cried. “Another of the many losers who passed through Richard’s life. Another hanger-on! Another plastic-surgery obsessed mannequin come to claim something that is no longer hers!”

“It was a deviated septum!” Thelma screamed.

Henrietta shook her head. She’d seen this argument one too many times. Peter squeezed in next to her and gripped her hand.

She remembered. She was supposed to sing? Had she ever agreed to this? Or was this just another example of Thelma imposing her will at the most inopportune moment?

What she wanted to tell Peter, what she wished she could tell everyone gathered here, was how her hands were still shaking. When Rita came running in that deranged Kimono, announcing that Richard was still alive, something had jolted inside of Henrietta. And she had thought “Daddy!” in that pathetic-beautiful rapturous way she’d think it when she was four, five, six. Eleven, twelve. Hoping he would come by and hang out, take her to the park, offer to drive her to the emu farm so she could brush their stinky matted feathers with the emu comb.

The jolt—what was it? Hope?—had dissolved as soon as Rita had said “astral”, but the fizz of it was still there. It was still in her mom too. If it wasn’t, she’d be here, smug and proud. But, no, she was probably turning to prune in her bathtub, crying for a man who had never cried for her.

“I miss my dad,” she whispered. 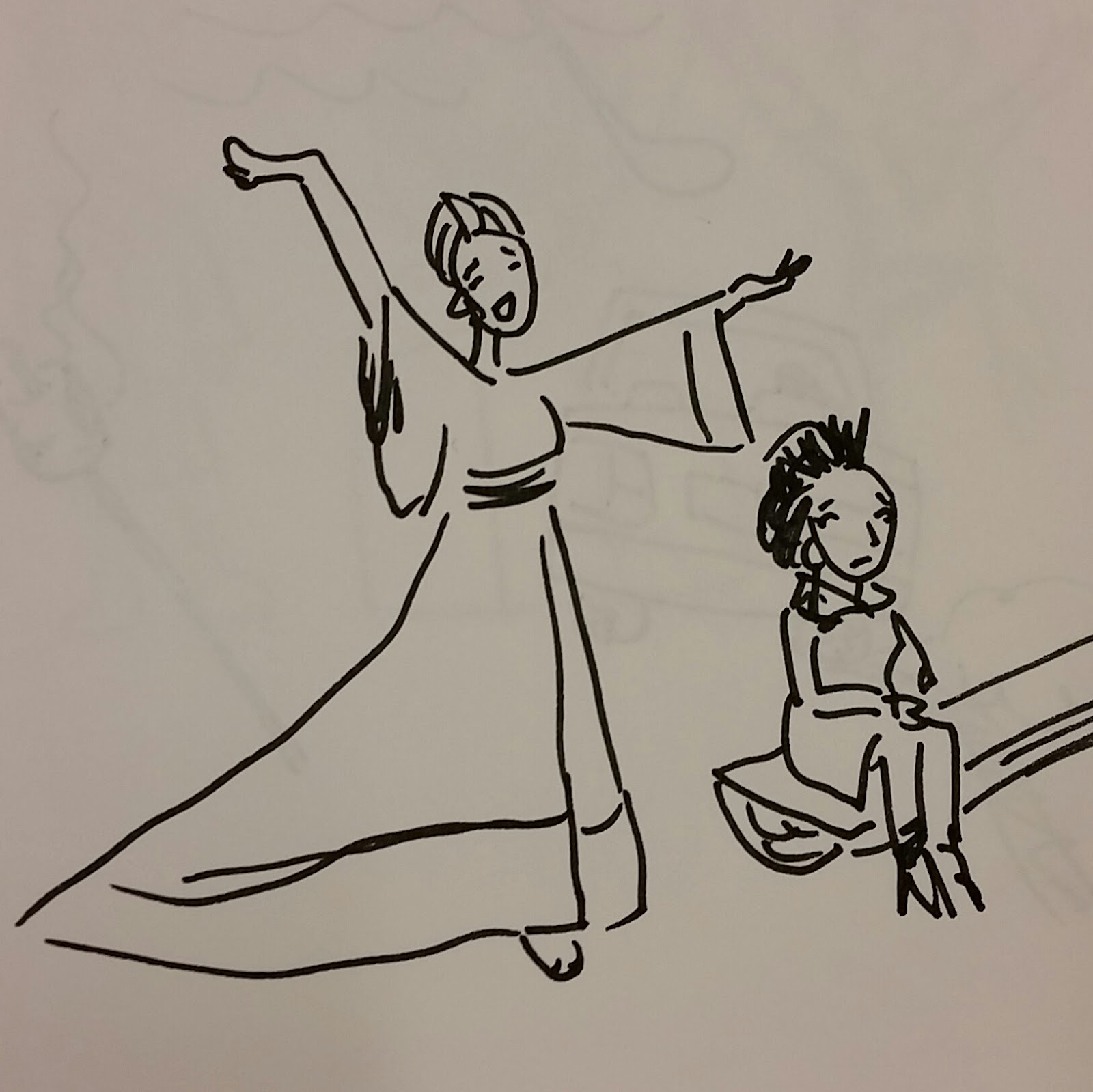 Henrietta stood up and made her way to the podium with Smokey the Bear on it. “I’d like to sing a song. It was Dad’s favorite.” And she began…