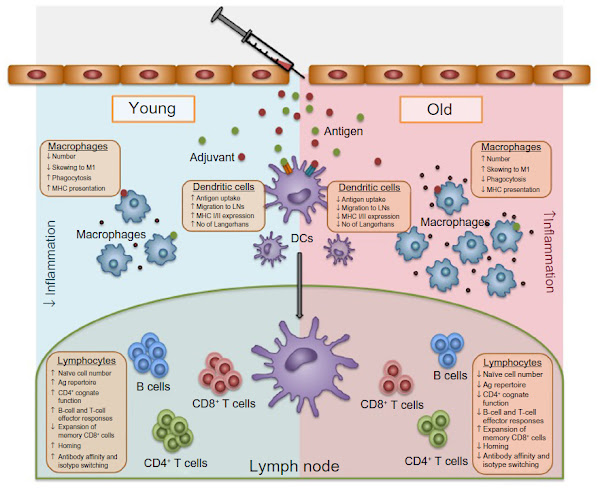 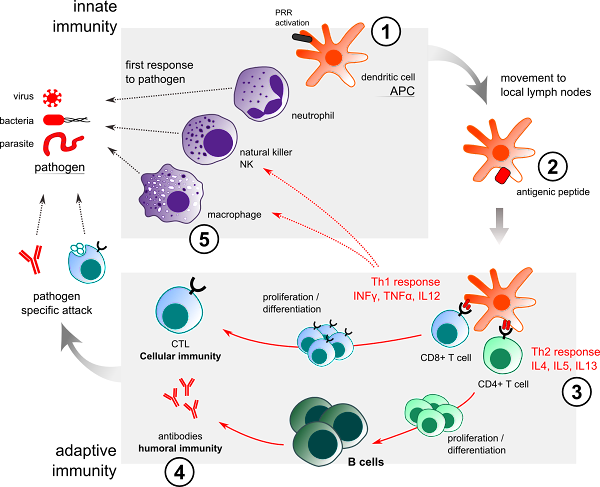 Recruitment of Monocytes and Monocyte Differentiation To Dendritic Cells        6

Macrophages serve as the first line of immune system defense against pathogens that breach the epithelial barrier. They recognize molecular structures produced by microbial pathogens called pathogen-associated molecular patterns (PAMPs). Upon recognition, they initiate inflammation which results in many cellular and tissue changes in the surrounding area. Generally, it is accepted that directly after virus recognition, macrophages endocytose the invading pathogens and polarize to the M1-like phenotype. (Role of Human Macrophage Polarization in Inflammation during Infectious Diseases) One of the most important changes resulting from the inflammatory environment created by the macrophages is the rapid recruitment of circulating neutrophils and monocytes through the secretion of cytokines TNF, IL-1, and IL-6 and chemokines. The neutrophils are recruited to focus on phagocytosing the invaders while the monocytes enter an inflammatory state pushing them to differentiate into dendritic cells.

Monocyte derived dendritic cells start secreting inflammatory cytokines and phagocytosing pathogens in the inflamed area. The ingested pathogens are processed into antigens which are presented on MHC molecules. (Monocyte-derived dendritic cells: targets as potent antigen-presenting cells for the design of vaccines against infectious diseases) Once a monocyte derived dendritic cell is activated by an antigen, it migrates to the lymph nodes where the naive t-cells are waiting to be primed by the presented antigen. The robust activation requires the combination of signals from the antigen, costimulatory molecules, and cytokines. The t-cells role across the surrounding cells, interacting with many different APCs until a match is made between MHC molecules. This match forms an immunological synapse which, along with costimulatory signals, activates a targeted effector response in the t-cell. Other APCs such as monocytes, macrophages, and b-cells can present antigens to activate t-cells which drives t-cell helper functions. The specialization of APCs in response to different vaccines will have to be kept in mind when designing vaccines for the elderly. The response of different DC subsets to vaccine antigens and adjuvants may be determined to obtain information about the induction of adaptive immunity. For example, to improve vaccine response to fluzone in the elderly, it may be beneficial to design adjuvants that activate monocytes.

Recruitment of Monocytes and Monocyte Differentiation To Dendritic Cells 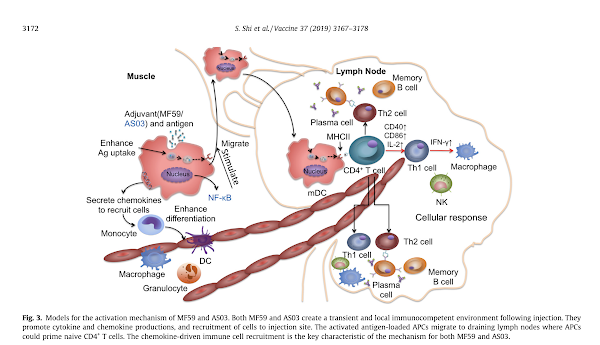 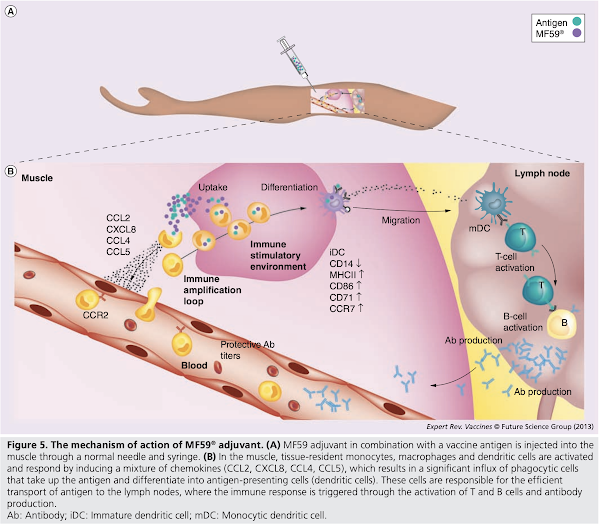 Naive and memory T cells exist in a quiescent state, poised to proliferate and differentiate upon antigen stimulation during priming by APCs. Maintaining quiescence is vital to retain self-renewal potential and differentiation plasticity throughout life. In quiescence, cell division and growth are downregulated, cells are arrested in their cell cycle and they have low metabolic and mammalian target of rapamycin complex (mTORC) activity, resulting in reduced ribosome biogenesis and protein synthesis. Disruption of quiescence has been implicated in t-cell ageing. Additional disruption to proper activation and effector function of aged t-cells include signaling pathways, poor APC priming, improper cytoskeleton rearrangement, exhaustion, and reduced naive t-cells.

The primary read-out for almost all vaccinations is the induction of protective antigen specific antibodies. The induction of vaccine-specific antibodies can be mediated by follicular or extrafollicular B cell responses, which provide long-term or short-term protection, respectively. Although short-term responses provide rapid antigen-specific antibody production, the cells generated from these interactions display poor survival. Thus, the generation of long-lived antibody-producing cells is essential for an effective vaccine response. In order to achieve long-lived protective antibody responses, B cells must undergo class switch recombination, somatic hypermutation and plasma cell differentiation, all of which require the help of a specialized T cell subset termed T follicular helper cells. These precursor TFH cells interact with local B cells to undergo full maturation into bona fide TFH cells, which again interact with B cells within germinal centers. This germinal center interaction induces the production of high affinity antibodies as well as the release of activated memory TFH cells from the tissue back into the blood. During aging, multiple changes in this pathway occur, including alterations naïve CD4 and TFH cell frequencies within the blood, reductions in TFH-B cell interactions and increases in TFR cells - which in turn lead to lower production of antigen-specific antibodies and activated TFH cells