Part of the Mijente #NoTechforICE International Student Day of Action 2019 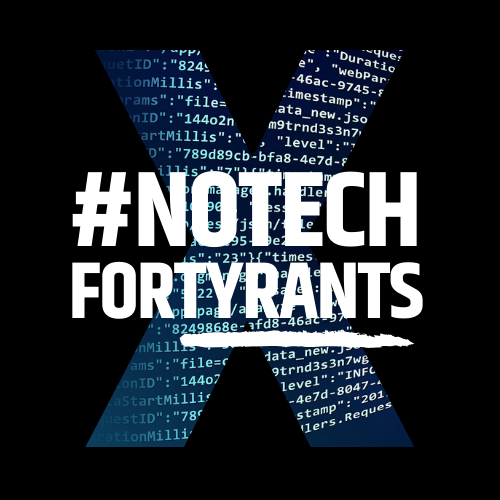 As students entering a diversifying workforce, we face questions about ethics and technology on a day-to-day basis. In developing this reading guide, we hope to give you the tools to start formulating your own answers to these questions. Our ability to create a better future together depends on our ability to navigate conversations about what matters most to us.

In what follows, you will find links to pieces that piqued our interest, and some of our thoughts on their relevance. These links are broadly categorized into 3 sections. In Section I, you will find links to articles detailing recent overlap between ethics and technology. We hope you will use these cases as conversation starters, to determine what questions may be relevant in your own discussions. Section I also includes resources about the scope of applied ethics, from the vantage point of academic philosophy. Section II focuses on the role of philosophy in the technology industry. It touches on the phenomenon of ethics-washing, wherein large corporations engaged in unethical practices co-opt the language of academic philosophy in order to justify their work. This leads us to Section III, where we introduce questions about labor and technology. Section III cites examples of workers and citizens expressing their concern about unethical contracts.

We are releasing this reading guide on November 19, 2019, as part of the International Day of Student Action targeting Palantir’s work with United States Immigration and Customs Enforcement (ICE). Students on 16 campuses across the United States and the United Kingdom are working together with Mijente to raise awareness of the complicity of technology companies like Palantir in the inhumane detention and deportation work of ICE, and to pressure Palantir to drop its contract with ICE, which is up for renewal on November 27. We hope that you, like us, find some of these articles and resources useful in sparking further conversations.

#NoTechforTyrants at the University of St Andrews

Section II- Diary of An Ethicist in Silicon Valley

AI is everywhere, and folks seem to be more and more aware of the potential risks involved. Large technology companies have also been taking action to regulate their work along ethical guidelines. Here are some of the ways this is relevant in discussions of technology and ethics.

Why do these questions matter for us? AI is already being used to…

If you’re interested in academic resources, check these out:

Section II- Diary of An Ethicist in Silicon Valley

Most technology companies are purportedly committed to doing good and being ethical. But we know that technology companies still do bad things.  One way we can explain the disconnect between the creation of ethics policies and boards and the continuing product of harm is by exploring the problems of “ethics theatre” and “ethics washing.” What is it like to be an AI Ethicist?

In this section, we’ll introduce some recent examples of tech workers whose questioning of the relationship between ethics and technology in their workplaces has led them to demand and create changes in their working environments. Through solidarity with these workers, we can help create a technology industry that reflects the values that are important to the people who fuel the work of these corporations. This section will introduce you to examples of recent movements to prevent companies from working with ICE, but we hope the relevance of these actions of dissent is clear beyond just the specific companies covered in the articles below.  Finally, if you’re in the process of looking for jobs in the tech industry, we recommend checking out AI Now’s How to Interview a Tech Company Guide.

Members of the technology industry have the power to refuse to build systems of oppression and destruction. Tech workers at many companies have taken a stand to demand that their employers stop being in the business of human rights violations. Members of the technology community also have the power to put pressure on companies and demand that they stop profiting from abuse. We’ll cover some high-profile cases like the Grace Hopper Celebration’s dropping Palantir, as well as employee dissent movements at companies like Google and Github. We also recommend taking a look at this AI In 2019 Review from AI Now for a powerful visualization of some of the most important moments in ethics and technology this year.

Many organizations and coalitions in the technology community have dropped companies that choose to continue working with ICE. The Grace Hopper Celebration, the world’s largest conference for women and technology,  dropped Palantir for these reasons. You can read about that decision on Business Insider and Vox. UC Berkeley’s Privacy Law Scholars Conference also dropped Palantir (read about it here on Bloomberg), as did Lesbians Who Tech (read here via The Verge). In the case of the Grace Hopper Celebration and Lesbians Who Tech specifically, we hope you take the opportunity to question the role of power and privilege in the companies’ choices to keep working with ICE and ICE profiteers. Further, if you are a member of an organization focusing on minorities in the technology industry, we encourage you to question how your organization’s mission intersects with these issues.

Current employees of technology companies have power to demand change too. Ethics In Tech has covered some of the work of coalitions like Googlers for Human Rights (whose petition you can read here). Amazon workers have circulated an internal letter asking Amazon to drop Palantir, and there have been worker protests at Google, Microsoft, and GitHub. Many workers have gone on strike, or followed their conscience and resigned.

In this article from The Verge, CloudFlare CEO Matthew Prince noted that part of his reasoning behind dropping the Daily Stormer was realizing that the website’s operation depended on the services of CloudFlare. This is just one example of the impact that technology providers can have when they consider the ethical impact of their partnerships. Not only is this relevant for the business model of technology companies, but it is also crucial in understanding the role that technology can play in creating or limiting the power of morally reprehensible actors. Read more on Wired or on the CloudFlare blog.

McKinsey & Company, a global consulting firm, dropped ICE as a partner in 2018. This article from Fortune details the decision making process. The article also speculates about McKinsey’s reasoning for dropping ICE as a partner-- was the decision part of a strategy to divert negative feedback about other controversial business practices?

UPDATE: Since the publication of this reading guide, more detail has become available about McKinsey’s work with ICE and CBP. We encourage you to read more here.

When we think about the intersection of ethics and technology, it’s important to consider the relative limits of our complicity and divestment, and we hope this example helps spark such considerations.