Click icon in upper right corner for Table of Contents.

This resource document was a collaborative effort between people who stand in solidarity with Black trans women and wanted to make a difference, and some of the foremost Black trans leaders in community and culture. It is a breathing document, so we welcome your suggestions on additions or amendments.

Send us your thoughts at: readytoactfeedback@gmail.com

WE CREATED THIS to honor the Black trans lives we have senselessly lost this year: Nina Pop, Monika Diamond, Tony McDade, Dominique “Rem’mie” Fells, and Riah Milton, and now, young Brayla Stone, at just 17 years old. For more on the most recent deaths of Black trans women, read this Statement on Tragic Deaths of Dominique Fells and Riah Milton from The National Black Justice Coalition (NBJC), and their statement on the death of Brayla Stone.

To make a donation to a group of Black trans-led organizations:

As we were compiling these resources, two news stories broke that perpetuate or shed new light on violence against Black trans women.The first was of the Trump administration finalizing a regulation that will erase protections for trans patients against discrimination by doctors, hospitals, and health insurance companies. While the rule technically doesn’t go into effect yet, it can and will if we don’t flip the Senate and change the Presidency, which will inevitably impact the composition of the justices on the Supreme Court. State violence isn’t just limited to the police: It is systemic transphobia rooted in all branches of our government. For more information on how to act, see Section O.

NEW: NBJC has an action for you to take on behalf of Brayla Stone:

The second was a new development in the ongoing case of Layleen Polanco, an AfroLatinx trans woman who was found dead in solitary confinement at Rikers’ Island last year. For more on her case, go here. New video shows prison guards laughing and trying to wake her for approximately 90 minutes before calling for help. Just last week, the NYC DOI concluded that staff members at Rikers’ were not criminally responsible for her death. The Anti-Violence has a list of demands for you to take NOW to demand #JusticeForLayleen. They are all here. In brief:

THE VIOLENCE AGAINST BLACK TRANS WOMEN IS PERPETUATED BY THE STATE AND BY THE SELF. We compiled these actions by consulting The Trans Obituaries Project by Raquel Willis. In 2019, at least 26 trans or gender nonconforming people were fatally shot or killed, prompting the American Medical Association to declare an “epidemic of violence” against Black trans women. 91% of those lost were Black women, 81% were under the age of 30, and 68% lived in the South. 2020 has already seen the deaths of 14 trans or gender nonconforming people. But the violence against Black trans women is not just a conversation about police brutality. It is also one about: sex work, intimate partner violence, economic and housing stability, the prison industrial complex, healthcare, and the immigration system. When trans women are killed, there is also the issue of systemic transphobia within the media, which further compounds the hurt and misinformation about the lives of Black trans women. Finally, Black trans women suffer from the least visibility not just in the media, but in the entirety of the Movement for Black Lives. Their names go unsaid, and Black queer and trans organizers are sometimes chastised for bringing their names and cases to the fore.

Transgender people are routinely over-policed, thanks to outdated legislation that targets trans people, as well as the typical instances of systemic racism that prevail in law enforcement (criminalization of poverty, the over-policing of neighborhoods of color, etc). Nearly one in six transgender Americans and one in two Black trans people has been to prison. Defunding or abolishing the police, then divesting those funds specifically towards the trans community is the only way forward. After abolition, we must focus on decarceration and ending the prison industrial complex. Trans women are often placed wrongfully in solitary confinement “for their own safety,” or they are placed in men’s prisons, where they are 13x more likely to be sexually assaulted than cisgender people in prison.

Visibility in the Movement and Movement Leaders 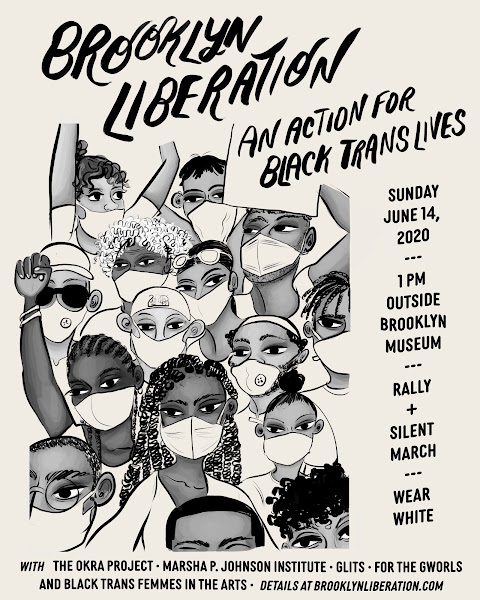 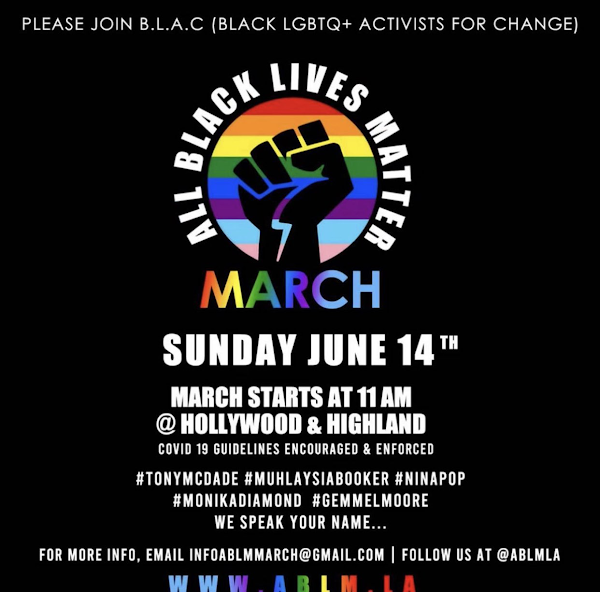 PODCASTS TO LISTEN TO:

MUSICIANS TO LISTEN TO: 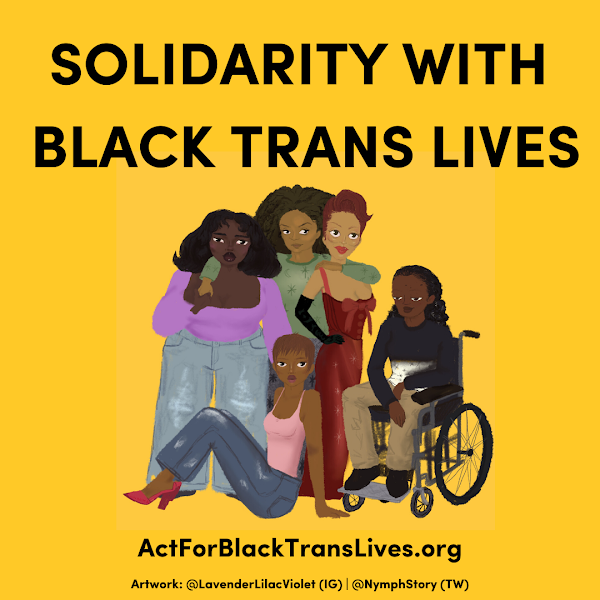 Please feel free to use and share this document widely, and this artwork to help get the word out. Please credit the artist as follows: @lavenderlilacviolet on Instagram; @NymphStory on Twitter.