Designing a software that could help gamers multi-task more efficiently

Technology is a concept that deals with a species' usage and knowledge of tools and crafts, and how it affects a species' ability to control and adapt to its environment. Every time there is new or improved technology, there is also a change in how people perceive existing technology and even on how they use it. For example: Youtube. The Youtube phenomenon (streaming video over the internet) could not be possible with dial-up internet connections. Youtube had to wait ‘till most internet users had broadband connection in order to be a successful site. The new technology (broadband connection) gave the users the tools to watch a decent looking streaming video without waiting for hours.

As stated before, every time there is new or improved technology, there is also a change in how people perceive and interact with existing technology. Multi-tasking in a computer is directly related with the computers hardware. If a computer does not allow you to use more than one program then you are limited by that. But now I’m seeing how computers are getting faster (new processors that double or quadruple their own capacity), with larger hard drives and numerous memory expansions. These kinds of systems are begging for serious multi-tasking.

Even now with a decent computer someone can multi-task without much problem.

It is well know that computer users are multi-tasking (Foehr, 1996). They are listening to music, instant messaging, checking their email and even working all at once. What about when users play computer games? Do users multi-task while they play? How they cope with it? And finally, can we design software that will help gamers who want to multi-task?

Why is it useful?

Most computer games are not designed for the computer user. Designers are thinking about game consoles when developing new games. By doing this, they forget that computers are used for a lot more than just gaming. When gamers want to multi-task on their computer while playing games, they stop the game and Alt+tab (or Ctrl+Atl+Del) in order to switch applications or return to desktop. This is the procedure they have to go through every time they want to check for something else in the computer.

It is also normal to encounter games that do not have the option for window mode. The designers assume that users want to be engaged in the game. That they want to feel they are inside the game, hence, they do not allow window mode. However, with my experience with computer games and other gamers’ opinions, I can tell that sometimes it is really helpful to have window mode available in order to be aware of other running applications like email notifications, instant messengers, and social-networking site’s updates.

However, the majority of gamers want to play in full screen mode just because they are accustomed to it and also feel the need to have the whole experience. On the other hand, they do not want to disconnect from the cyber world. The task at hand is to design software that will alert the users about notifications from other applications while they are playing games.

Game Overlay is one of the solutions for the problem here stated. It is a software program that runs at the same time the game is running on the computer. It has different options to choose from. One of options is to run the game while having the other open programs in transparency mode over the game screen (Picture 1). 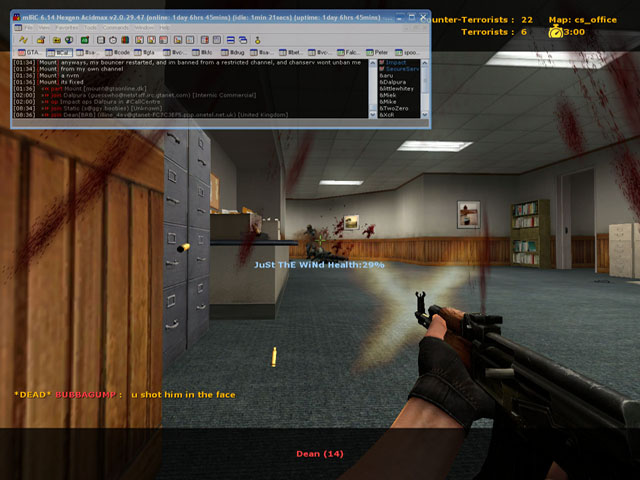 This allows the users to see what is going on with the other programs that are open on the background. The other option is for the users to see the Quick Launch Task Bar over the game screen. The task bar position can be customized by the users. In the Quick Launch Task Bar users are able to see if the are any notifications coming from the programs that are already running on the computer.

PlayXpert is the other solution that is already available. It is also a software program that runs at the same time the game is running on the computer. It works with screen transparency and user-created widgets (Picture 2). 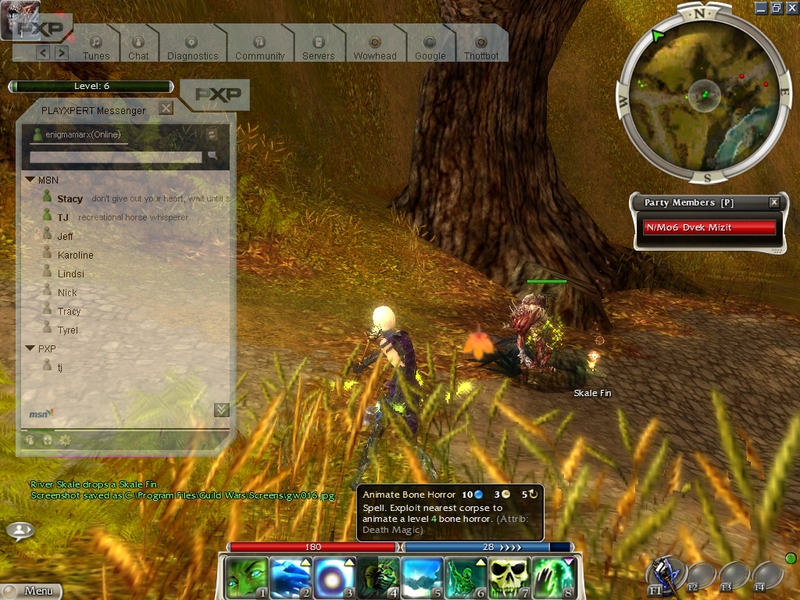 This solution is limited to the widgets that are already available on the PlayXpert website or users own widgets. There is no option for see through the game unless there is a widget for the program that the users want to see and/ or interact with. Some of the already created widgets allow users to browse the internet and chat while having the game as background. Users are constantly aware of what is going on with their game avatars while interacting with the widgets.

Both existing designs are aimed at the hardcore MMO (massive multi-player online game) player that uses other computer programs like VoIP (voice over IP) or chat in order to communicate with other players inside the game. That is the reason behind the idea of having a transparent program over the game screen (Game Overlay) or transparent widgets (PlayXpert). However, the re-design will be aimed at the casual or ordinary computer gamer. They do not feel the need to have VoIP or to chat with other players outside the game chat while playing the game. They just want to be alerted when a certain person get online on the instant messenger, when an email is received or when one of their friends leaves a message on Facebook. They want to play in full screen mode while being connected with the world outside the game.

Play’n Work will be software that will run while the computer game is running. It will show alerts over the game screen (Picture 3). 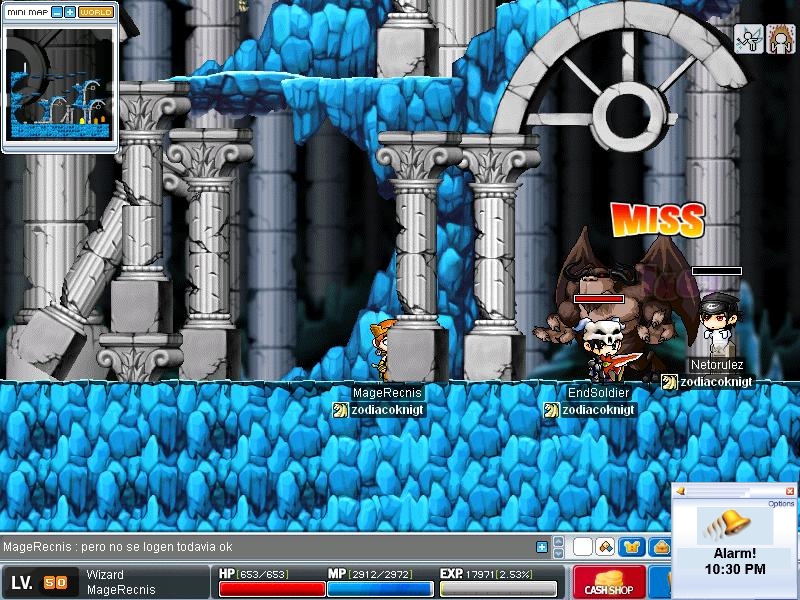 When designing this software we have to take into account certain criterion. It has to be intrusive enough for the users to be aware of the alerts but not that intrusive so that the users can keep playing the game. We know that the human sensory systems are sensitive to change. Therefore, in order to grab the attention of the users, the alerts will have to follow some rules considering location, movement, sound, color, and frequency. The following will be some of the features included on the new design that are based on knowledge about human sensation, perception, and cognitive processes.

The design should also follow the principle of consistency or familiarity (Dix, Finlay, Abowd, and Beale, 2004) which states what the design has to be consistent with other displays users concurrently use or have used in the past. Also frequently accessed information should be kept in a location that minimizes cost of switching attention among them. Many users might be familiar with how instant messenger alerts work. For that reason the alerts will showed up at the bottom right of the user’s screen. It will move up-ward as a small window taking at least 5% of the screen space. The small window will show an icon that represents the alert message. As for example: An envelope to represent email or the Facebook icon to represent new message on Facebook.

One of the setbacks of the re-design is that it is based on alerts and in order for the users to switch tasks they will still need to Alt-tab. However, the Alt-tabbing behavior should decrease because they will not need to do so for checking if someone left them a message or email. The system will check for them. Another setback is that, just at what happens with Game Overlay and PlayXpert, some games will block the use of this type of software. The majority of MMO’s have some kind of anti-hacking system that prevents other programs to interact with the game. Still, if it is implemented, the software can be design to be compatible with these anti-hacking systems.