Skipper on St. Thomas for Thanksgiving

Skipper traveled to St. Thomas for Thanksgiving.  He traveled to the Virgin Islands with his sister and her husband (Jane and Russ Meyer).   They were visiting Peter Wholihan for the Holiday.  Peter having spent many Thanksgivings aboard the Romance, was happy to return the favor. 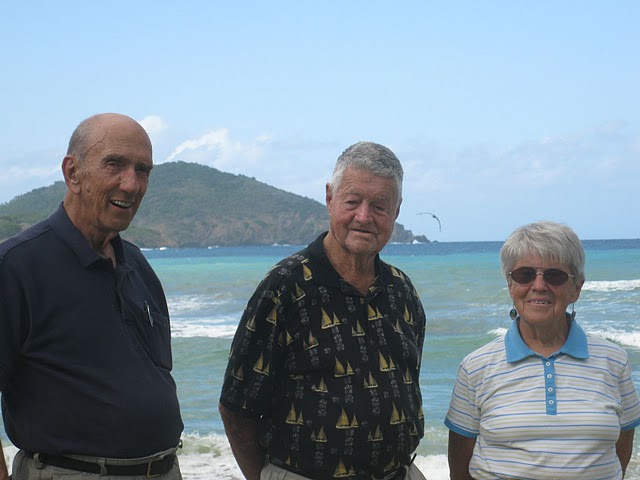 Skipper spent a week seeing old friends;  Dyke and Inga Wilmerding, of schooner MANDOO and later ZULU WARRIOR.  Of course he made it over to see his old friend from his Burke Line and VI days, sailmaker Manfred Dittrich over on Water Island. 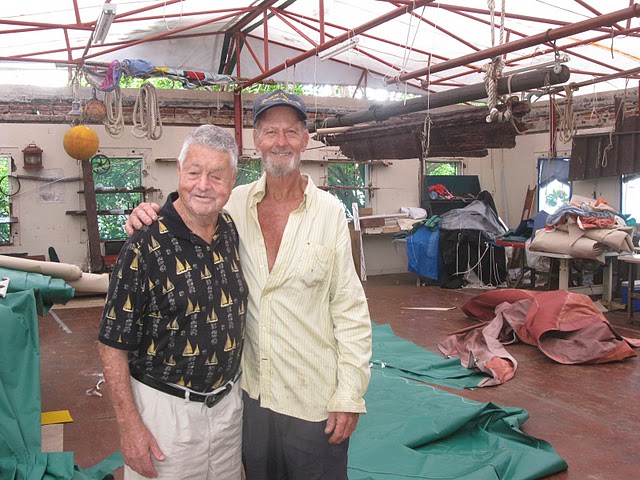 Skipper read a Thanksgiving email from Dan Moreland on an iPad and when done asked, “Where did Dan write this from and when did he send it?”  When he was told,  Dan was  at anchor in Benoa Habor, Bali and the message was sent a few hours ago Skipper said, “I just can’t believe it.  This technology is absolutely amazing!”

As in his last visit to the Virgins, Skipper was able to share his knowledge with VI youngsters.   He treated students at two schools on St. Thomas: Ss. Peter & Paul and New Testament to his remarkable stories. 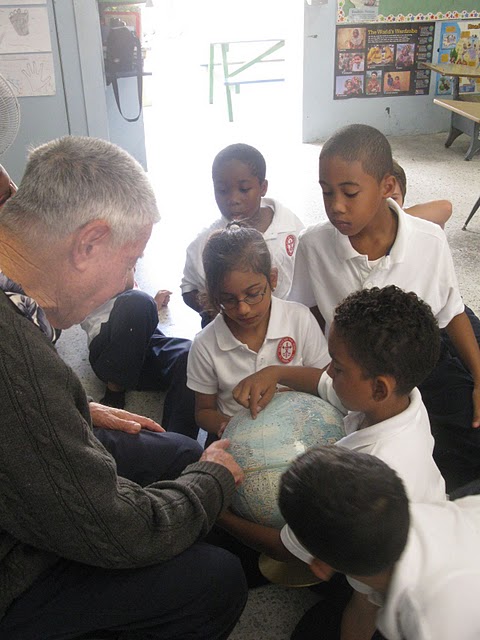 Skipper used an Apple iPad to teach the kids about old sailing ships and how to tie knots.  Skipper called it the “NEW” ship in a bottle, when he use the iPad to show the Danmark to the students. 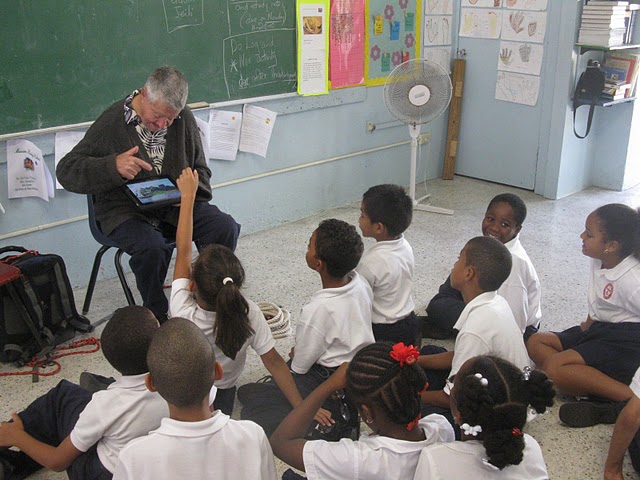 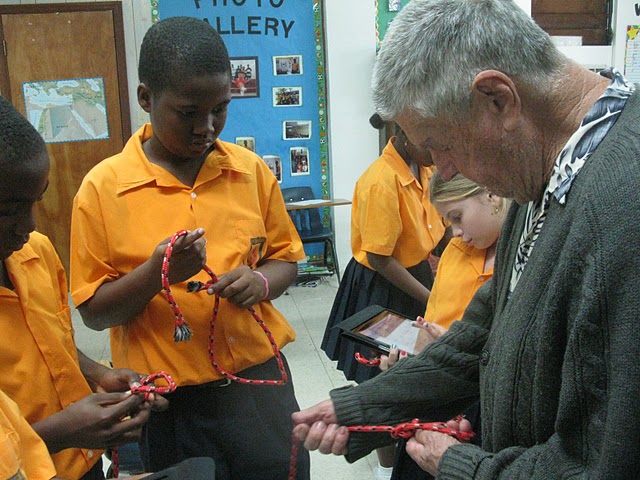 The students hugged Skipper as he left and asked when he was coming back, to which he replied, “As soon as I can.” 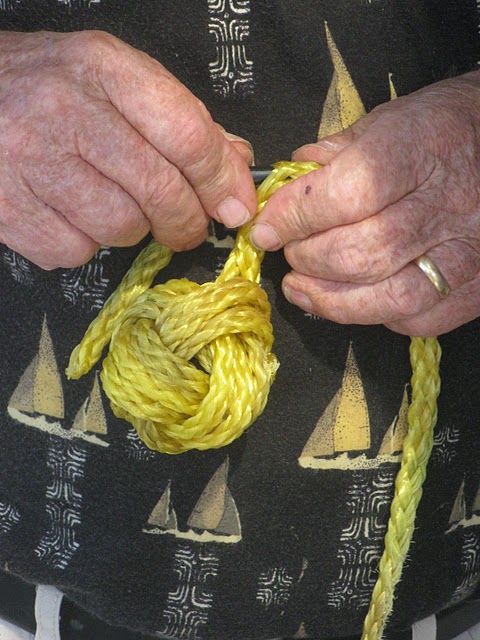