With the changes in the oceans chemistry from increased atmospheric carbon dioxide to increased population densities marine animals are dealing with more and more new stresses. Thus it is important to understand the immunological responses of shellfish as well as how they work on a molecular level.

While some studies have shown that invertebrates may have some type of adaptive immune response (Schulenburg, 2007) most current research seems to show they rely mainly on their innate immune system.  Therefore, invertebrates use a wide variety of tools to fight off infections, including oxidative bursts, phagocytic immunocytes and anti microbial peptides. Of these systems the anti microbial peptides or AMP’s are mainly used and could also be responsible for bolstering the other parts of invertebrate immune response  (Otero-Gonzalez 2010).

AMPs are small proteins that react to bacteria and in some cases fungi, invading the organism (shai, 2002). Depending on the type of AMP, it’s effects could range from disrupting the pathogens lipid bi-layer causing leakage to hampering the bacteria’s internal functions (Schmitt 2010).

Different AMPs are found in many different species of bivalves. For example scallops produce Myticin A and B, which can defend against both gram negitive and positive bactaria, as well as some fungi (Otero-Gonzalez). Big defensin which is found in some clams, has also been shown to be effective against both gram positive and negative bacteria as well as certain types of fungi.

So far defensin is the only family of AMPs has been found and characterized in oysters (li Cheng et al 2009). Interestingly defensin only seems to be effective against gram positive bacteria.  There are three different isomorphs of the defensin gene, Cg-def which is continually produced in the mantle, Cg-defh1, and Cg-defh2, which are both expressed in the  hemocytes during an infection (Gonzolas et al 2007).

Defensin in oysters acts as a growth inhibitor to invading bacteria. It binds to a peptoglycan precursor, which bacteria needs in order to undergo fission (Schmitt et al 2010).  However, the interaction between the different isomorphs and whether or not they act differently is unclear. This paper is going to look at levels of defensin expression in challenged and control oysters in order to understand how oyster immune systems respond.

The experiment used sixteen oysters that were divided into two eight liter containers. One container was treated with 400 ml O/N sample of the bacteria  Vibrio vulnificus. Samples were taken from the gill and mantle tissue at one and three hours after the initial infection. The RNA was isolated using 1 mL of Trireagent and the manufacturers protocol. The RNA was reverse transcribed using  Promega MMLV RT and Oligo dT according to the manufactures protocol. The gene to be studied was found by seaching for it in NCBI’s protien database and the primers were extrapolated from it by preforming a nucliotide blast.

The primers used were designed using NCBI’s online gene blast program. The sequence of the forward primer used was GTT TCT GCA GAC ATG GCT TTC GCT and the sequence for the reverse primer was ATC TTA ACC AGA GCG TGA CTG CGT.The  25 ul samples were made using 2x TAQRED master mix. The product was put through a PCR machine for 40 cycles with the following protocol, 95 C for ten minutes, 95 C for 15 seconds, 55 C for 15 seconds, and 72 C for 30 seconds. The product was then ran out on a one percent agarose gel for about forty minutes. The qPCR was performed using 20 ul sample sizes and 2x SSo fast master mix and a cycle of 95 C for 10 seconds and 60 C for five seconds, this was repeated forty times. The data was collected and analyzed with the Bio Rad  CFX manager and normalized using GDPH.

With the many changes happening in today’s oceans, it is vital that we are able to monitor the health of its inhabitants in general. Invertebrates are particularly important because they play vital ecological and economic roles. Besides being food for many other animals some shellfish such as bivalves act as filterers consuming waste and detritus from the water column and sediment. Economically, shellfish make up a large part of commercial food harvests, both wild and farmed.

In order to monitor the health of shellfish there needs to be a clearer understanding of how their immune systems work. One important factor in shellfish, and especially mollusk immune response is the anti microbial protein defensin. There are two reasons to think that defensin is a gene of vital importance to mollusk immune responce.

The other reason is that its sequence is not constrained to bivalves, but conserved throughout many different types of mollusks, even in species as dissimilar as Haliotis (Figure 3).

The other reason that it shows the importance of the defensin anti microbial protein in immune responce is its expression characteristics. This and other studies have shown that defensin is continually expressed even in completely healthy animals (figure 1). Tthis seems to show that it is effective and biologically cheap enough to be used perpetually. Furthermore, even when the infecting agent is not the genes primary target, like in our study, there is still a slight increase in the amount of defensin produced.

Future studies could look at the effects environmental changes, such as temperature or acidity have on the production of defensin and other immune responses or see if the addition of anti microbial compounds to the surrounding water help protect mollusks from infection. 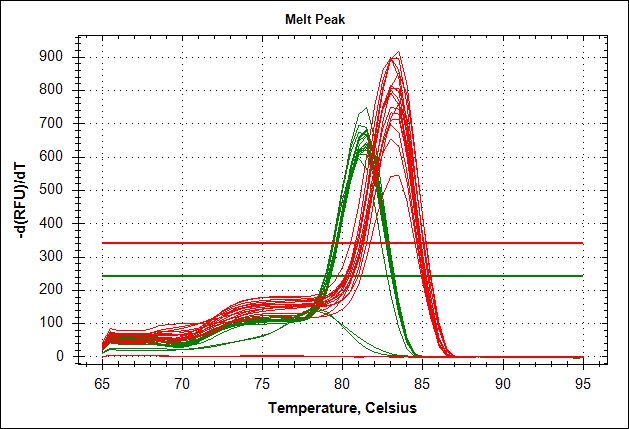 Figure 1) this is a melt curve graph showing the temperatures that Cg- def (red) and GDPH (green) genes peaked at. 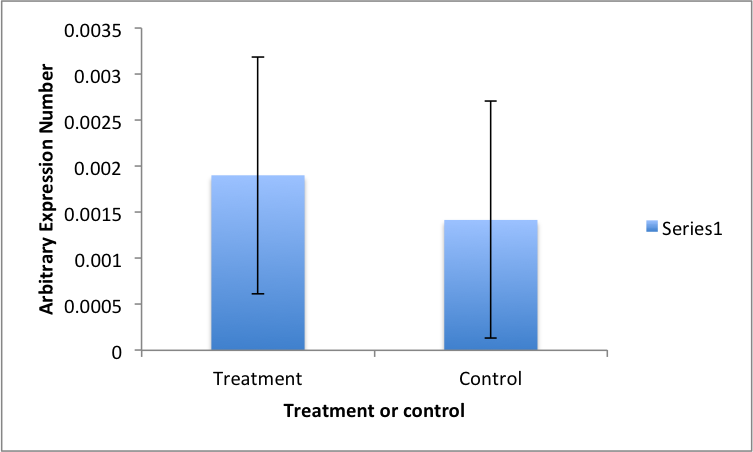 Figure 2) This figure compares the expression of the defensin gene in treated and not treated samples (n=8).

Figure 3) this is a chart summerising the results of gene blasting the oyster defensin gene agaist five different species using the nr/nt and est data bases. Full charts can be found HERE.