A collection of information from assorted websites and Facebook pages, which I may gradually edit into a cohesive whole

This is a page of biographies and photos to accompany the primary text collection at:

Mike Hall of Edmonton received a total $50 to attend Torque 2 in Toronto.

Bio: Michael Hall was an active member of ESFCAS when he travelled to Toronto on the award, and visited Torque, a small fannish convention. He was also a fanzine fan, and helped Robert Runte produce New Canadian Fandom between 1981 and 1983. His own fanzine, Laid, was a sort of National Enquirer parody of fannish newszines - "All lies as long as they were close to the truth", as he put it. He was also a member of the collective that produced The Monthly Monthly in Edmonton, and had a one-shot in the late 80s, New Wave Video Snacks, before gafiating for some years. Mike Hall was a member of CANADAPA until it ceased to publish, and helped Garth Spencer produce New Canadian Fandom until Georges Giguere assumed the printing function. Mike Hall was married to Mary Fedun and lived in Fort McMurray, Alberta. Michael is now deceased.

Taral Wayne of Toronto won the 87/88 CUFF race by acclamation, and attended Keycon/Canvention 8 in Winnipeg. 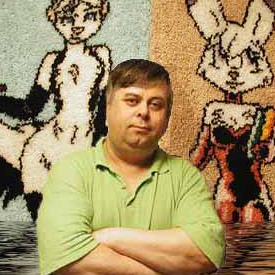 Bio: Taral Wayne joined the Ontario SF Club (of Toronto) in 1971, and became part of the "new Derelicts" circle which became prominent in OSFiC after Torcon II. After 1973 Taral became a well-known fanzine publisher, fanartist, apahack and congoer. His fanhistory articles have appeared in New Canadian Fandom, Maple Leaf Rag, Torus and Opuntia. His fanart has appeared in File 770, Ansible, DNQ, Mainstream and many other zines. He is now a graphic artist in Toronto. His fannish activities are now largely confined to furry-fandom/graphic art apazines. 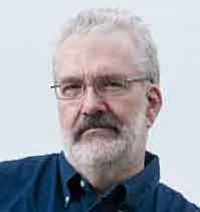 both nominees; the winner was Robert, due perhaps to the fact that Steve Forty was campaigning for him.

Bio: Robert Runté, a mysterious and powerful figure wreathed in legend and rumour, was the driving force behind the Edmonton SF and Comic Art Society (ESFCAS) from the late 1970s, and at least once revived the club with a cleverly-designed hoax. He was the founding editor of, and frequent contributor, to Neology, the club fanzine, and a member of The Monthly Monthly editorial collective; his own fanzines, New Canadian Fandom and I'm Not Boring You Am I?, helped shape the minds of two fannish generations, along with his contributions to CANADAPA and GALACTUS. Robert has been part of the movement of many former ESFCAS members to go into SF writing, and helped found groups such as SF Canada and the Canadian SF and Fantasy Foundation, and served on the editorial boards of On Spec Magazine and Tesseract Books. Runté co-edited the Tesseracts5 anthology of Canadian SF with Yves Meynard (1995). Today he is an associate professor at the University of Lethbridge, an acquisition editor with Five River Books, and a development editor at SFeditor.ca.

Steve Forty, a steel burnisher and longtime member of BCSFA, the British Columbia Science Fiction Association, the oldest and once the largest SF club in Vancouver, B.C. Steve Forty has served as BCSFAzine editor, club president, and convention chair (V-Con 20, 1993).

Bio: Veteran of several Ottawa convention committees and chair of PineKone I and II, Paul Valcour has produced one one-shot fanzine, Long Distance Voyeur, and has written articles for Con News, MLR, Con-TRACT. He has served until recently as eastern administrator of the Canadian Unity Fan Fund. 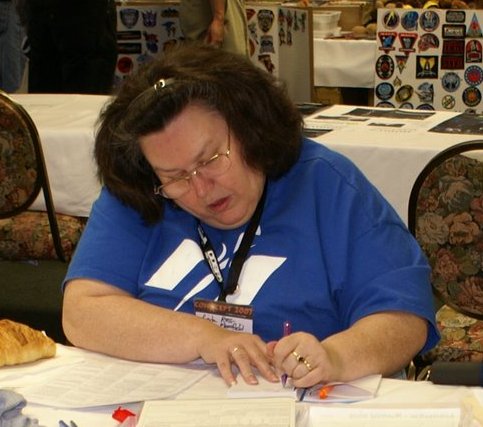 Bio: Linda Ross-Mansfield's fannish experience goes back over a decade and a half; in 1980-81 she edited Northern Lights, a Canadian newszine, from Oromocto, New Brunswick. With her husband John Mansfield she relocated to Winnipeg and helped start up Star Trek fandom and Keycon. She is western administrator of the Canadian Unity Fan Fund.

The Canadian Unity Fan Fund apparently was suspended in 1991?

Since then, to judge from John Mansfield's and Linda Ross- Mansfield's reports published in fanzines, there has been a good deal of difficulty getting enough general fan participation to carry on CUFF. In fact at one point in 1994, John Mansfield declared that CUFF was abolished, because nomination returns were so poor. 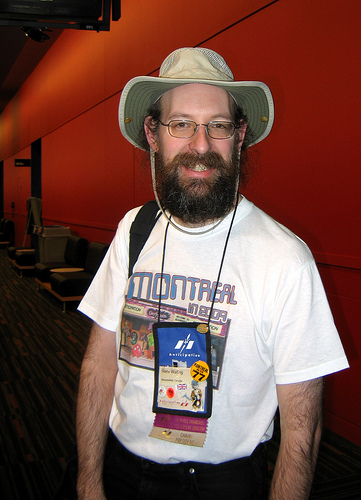 Bio: "Rene has been involved with Con*Cept" (a Montreal convention) "since 1992. He has been in charge of Consuite, Registration, Program Book translation through the years, moving up to Vice-Chair in 1995 and Chair in 1996. As part of the Montreal Smoked Meat Parties and Con*Cept, Rene has been promoting Canadian cons at various US cons, and has worked on joint mailings and program book ad exchanges with cons."

Photo Not found yet

1997 Delegate R. Graeme Cameron: Vancouver, BC to Toronto, ON 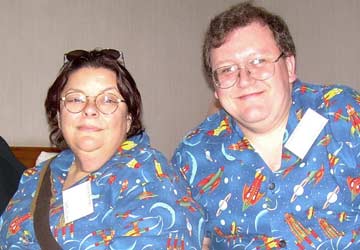 Take Lloyd Penney’s gentle hint – copies of Penneys Up The River and Other CUFF Tales are still available. It’s Lloyd and Yvonne Penney’s trip report, honoring a fan fund tradition dating back to the 1950s. The cover art is by Teddy Harvia and Brad Foster, with illustrations by Teddy Harvia. Between the covers you’ll not only find the trip report, but an essay on CUFF by Linda Ross-Mansfield, a list of past and present CUFF winners, a financial statement, and a memorial to Hugo-winning fan artist, the late Joe Mayhew. All copies are signed and numbered. 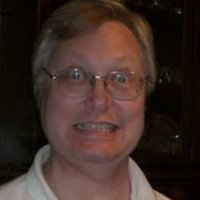 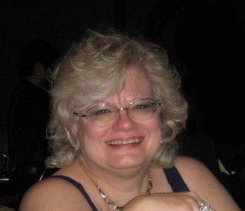 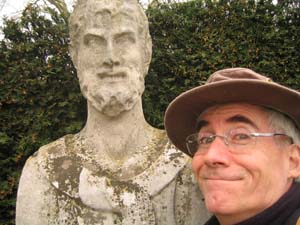 2001 Delegate Murray Moore: Mississauga, ON to Vancouver, BC 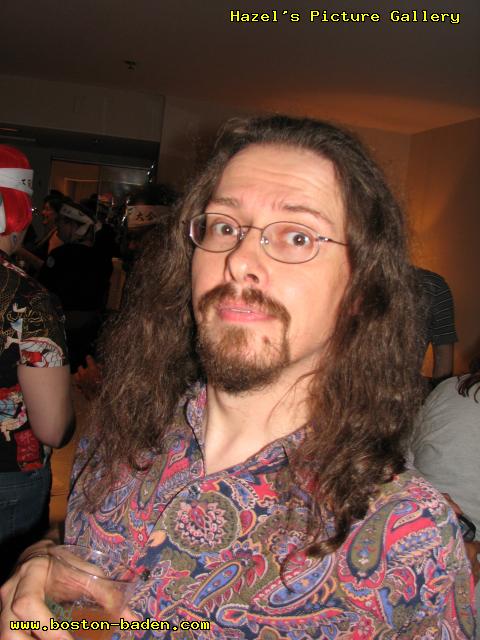 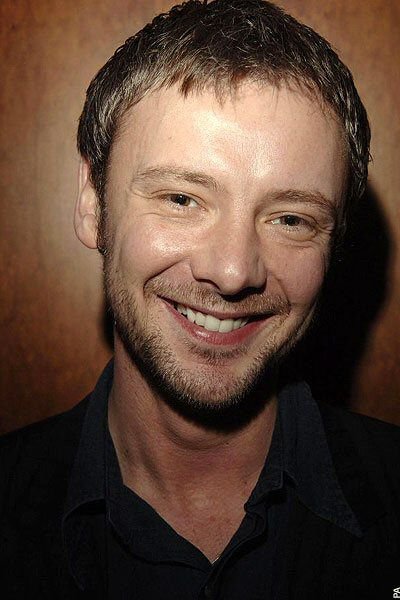 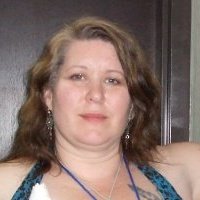 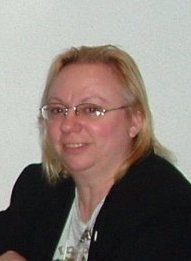 Bio: Kent’s first Convention was driving from Saskatoon to Ottawa for Maplecon in 1987, after which he took a long hiatus.  He started drifting into active fandom with volunteering at Calgary World Fantasy in 2007, and has been active at Keycon in Winnipeg since 2009. A year on the board of the CSFFA led him to increase his activity level and start pushing for a convention in Saskatoon. He has been a fan of F&SF since the mid 70s, and spent 25 years as a book seller.