NO LONGER IN USE 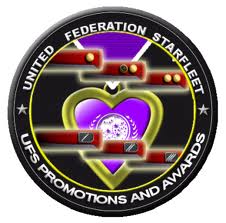 Reviewed and amended by:

All current and future members of United Federation Starfleet

II.        Positions with Responsibility within UFS

IV.        Appeals in the Event of a Denial or Refusal to Approve Promotions

The guidelines listed below will be followed in order for any candidate to be considered for a promotion to the rank of Captain/Colonel or above.