February  Alaina films an episode of Night Shift as a memorable smoking patient with a secret.

May        As part of the SFUAD Musical Theatre Workshop, Alaina conceives and directs Lost and Found as the final project in the Fogelson Library.

August  Alaina joins the teaching staff of the Santa Fe University of Art and Design, teaching musical theatre and directs NINE-ish, a scaled down version of her Broadway musical.

January     Alaina films Abe Makes a Movie by Ryan Turri and Matt Peterson.  She is lead Marla West.  Watch for this comic masterpiece.

January  17-19 Salt and Pepper is reprised at Teatro Paraguas with Alaina playing opposite Larry Glaister.

November 1-3, 8-10    Salt and Pepper, an evening of one acts about aging written by Robert Benjamin directed by Beth Kennedy Jones. Alaina plays opposite Larry Glaister at Teatro Paraguas.

September 20-29 Dottie in For Giving Production’s Good People at Santa Fe Performing Arts.  This is a regional debut for the most produced play in America. 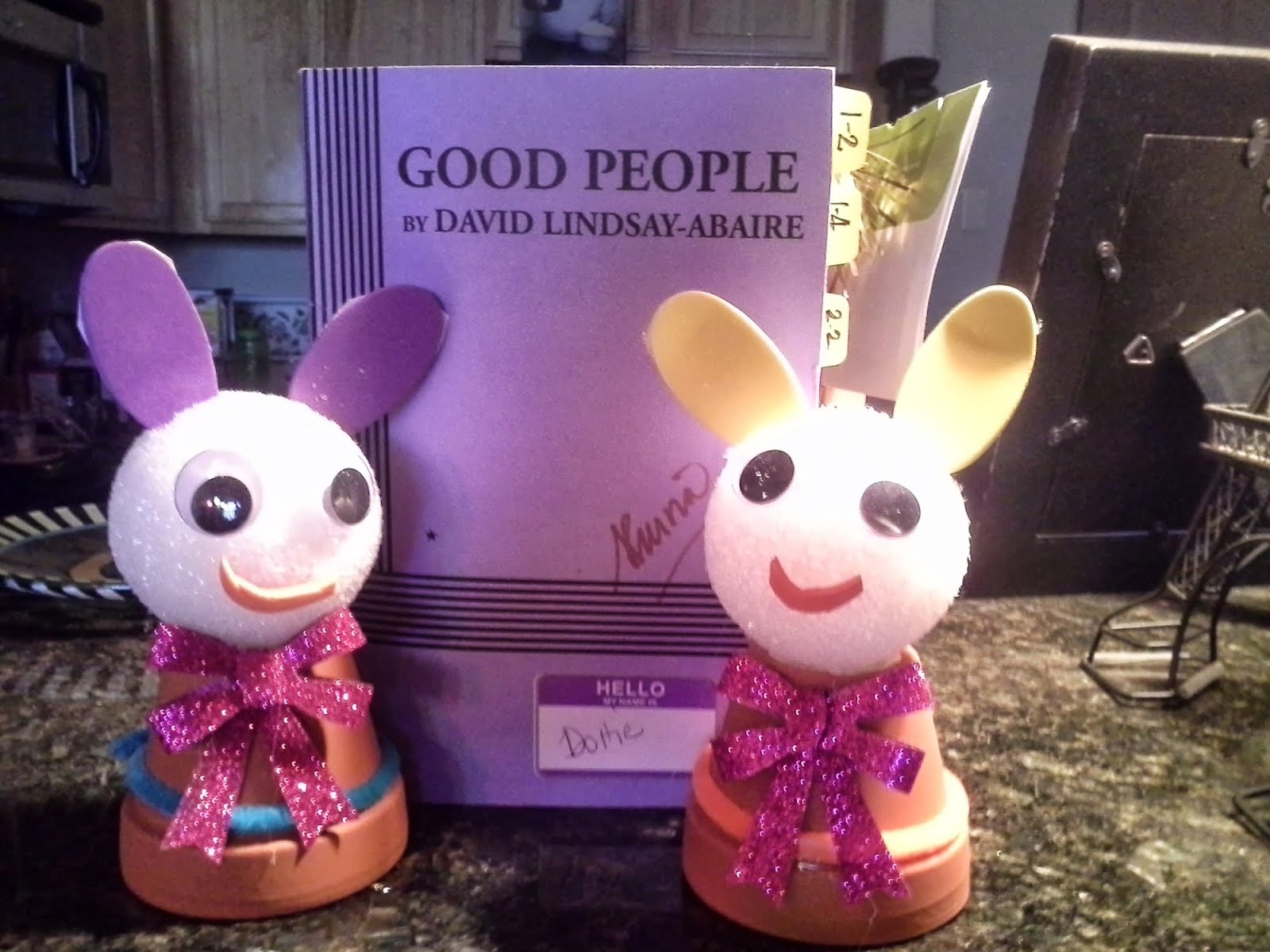 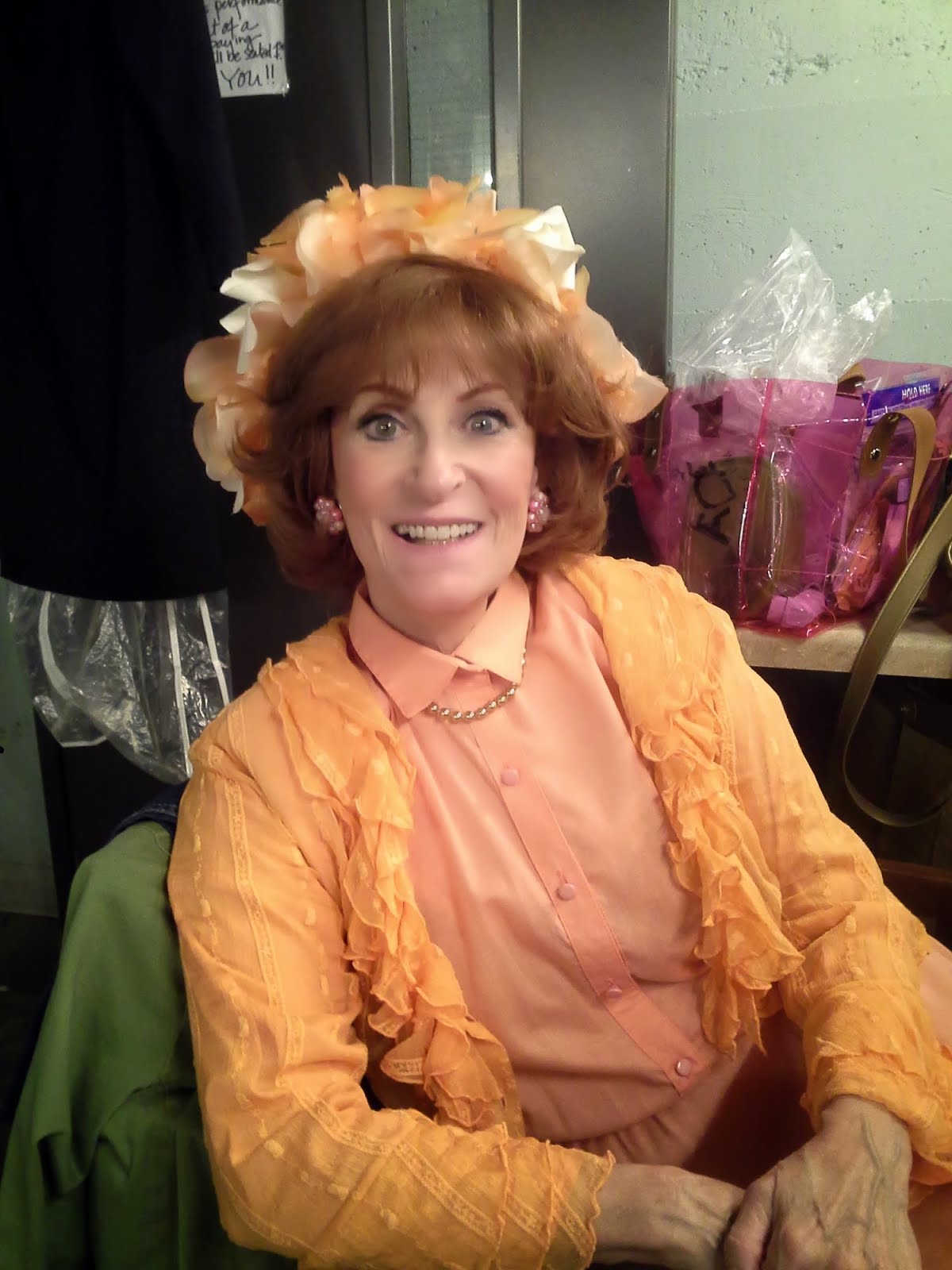 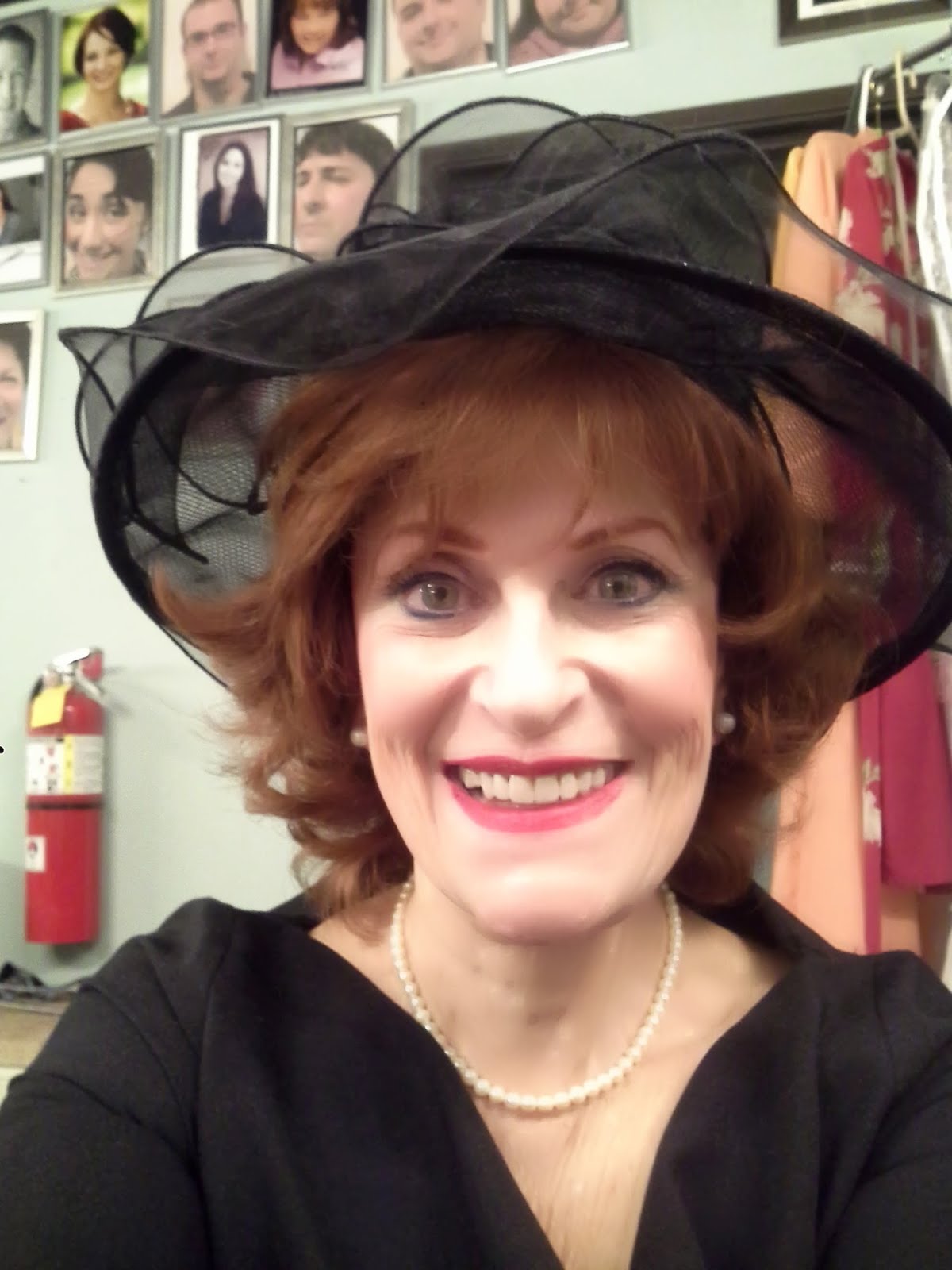 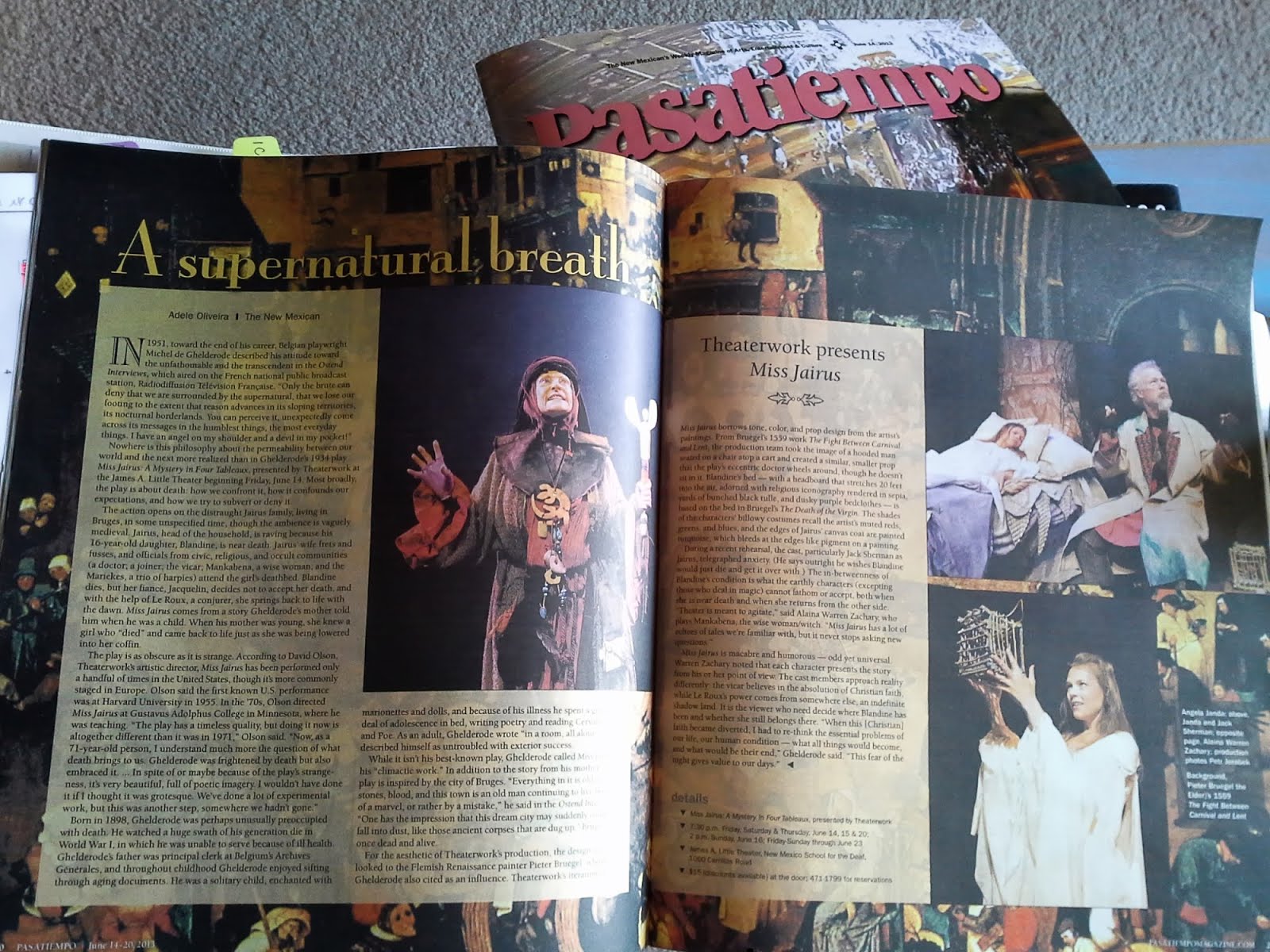 June 6-14  Mankabena in David Olson’s Theaterwork production Miss Jairus at the James A. Little Theatre in Santa Fe.  This is only the third time this Michel de Ghelderhode play has been presented in the US.

April 13 & 14 Gingy in Love, Loss and What I Wore in Durango, CO at the Durango Arts Center.  Directed by Janet Davidson, this production is from the Santa Fe production of For Giving Productions.

February 14 Alaina is She in A.R Gurney’s Love Letters.  This is the third production for Alaina, this time featuring Tad Jones and offered at the Renesan Center in Santa Fe as a Valentine Day special event.

January 14 Alaina appears in NYC at the Pershing Square Signature Center on W. 42nd St.  in the Kathi Moss Rama Lama Lama Ding Dong reunion, a benefit for Kathi with whom she performed on Broadway in the original companies of Grease and Nine.  This was a reunion of many cast members from both the 1972 Grease and the 1982 Nine companies.

October Alaina creates the role of Charlotte in the Santa Fe Playhouse production of The Moon Over Buffalo directed by Barbara Hatch.

September 22 & 23   Gingy, in Love, Loss and What I Wore, directed by Janet Davidson at the Santa Fe Playhouse.  A staged reading of Nora and Delia Ephron’s off-Broadway hit. 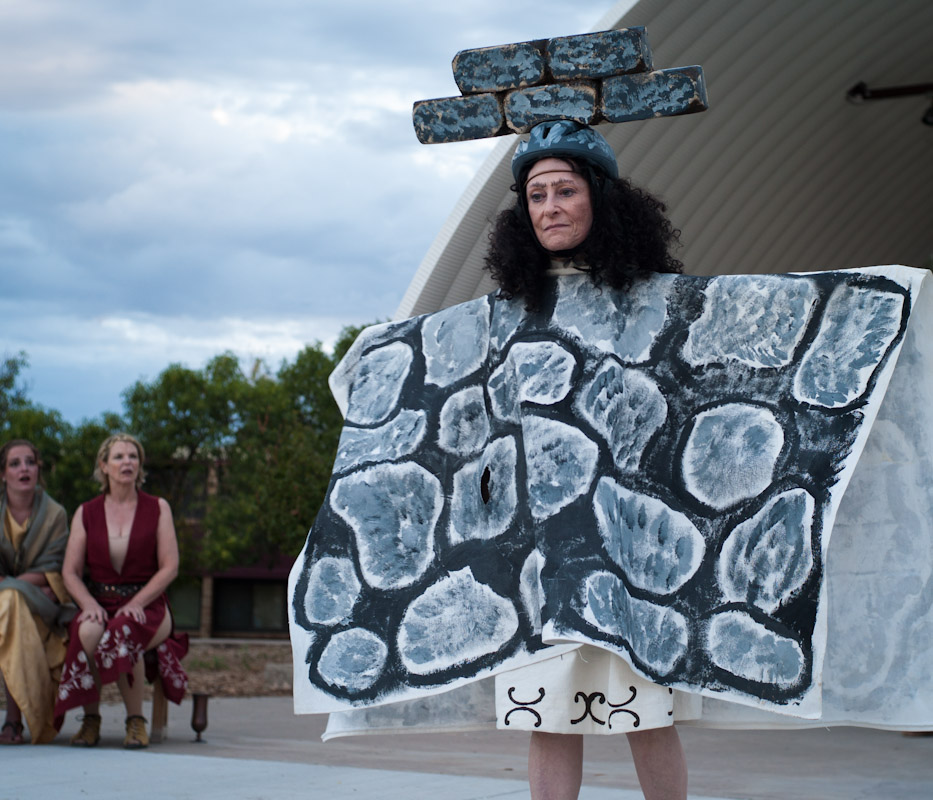 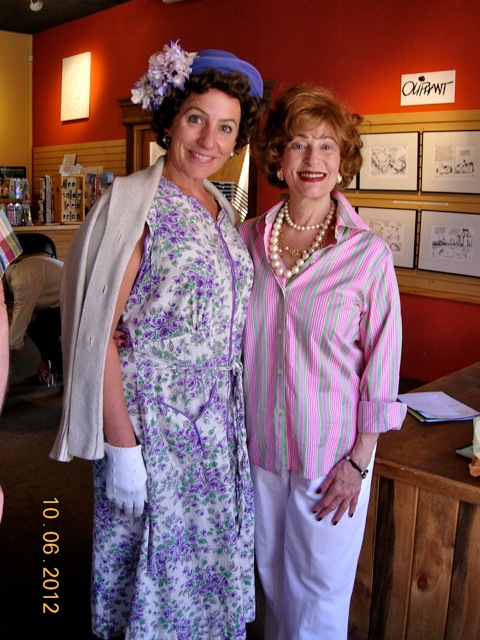 November 3-6, 10-13: Berthe in Pippin with Santa Fe Rep. With Campbell Martin. Scott Harrison of Ironweed Productions: “I had such a great time at Pippin last night.  And your performance was terrific - it was great to see you play that kind of role, you're so versatile.  And your number "No Time at All" was a real show stopper.” 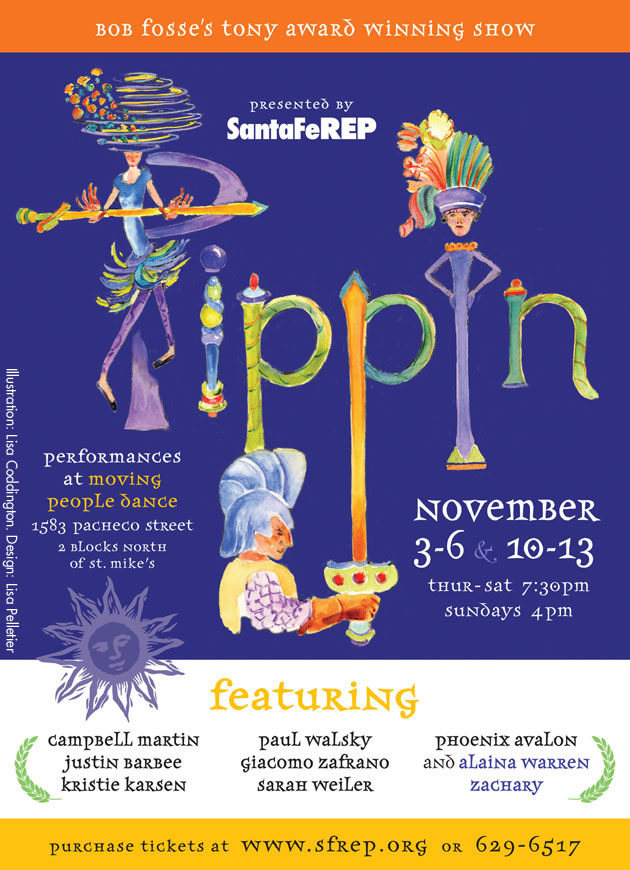 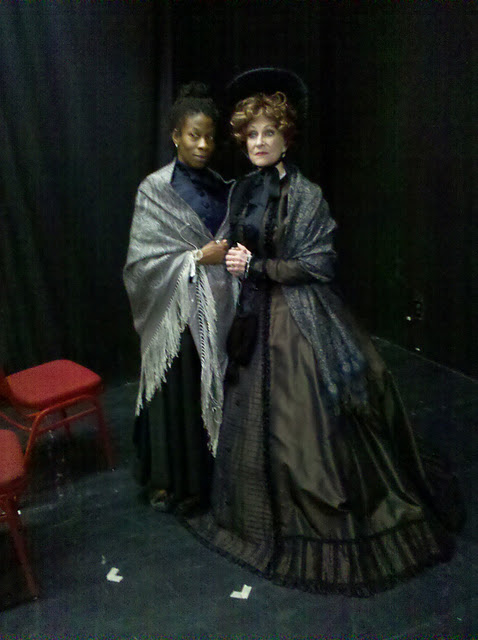 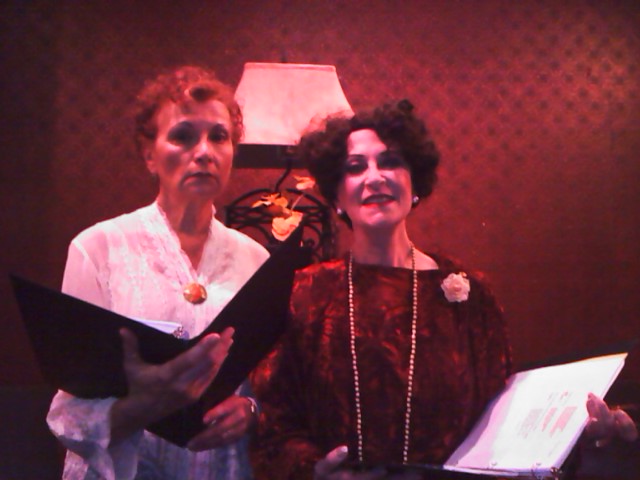 May 6-8, 2011: Women’s Voices at Warehouse 21,   Alaina is Roxanne in Quality; The Shoe Play (thee scenes) directed by Suzanne Lederer. www.santaferep.org 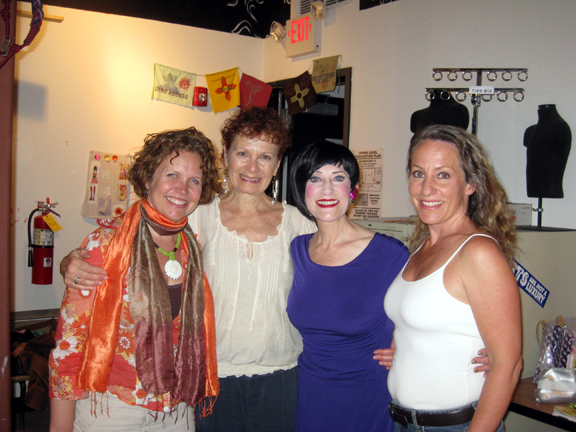 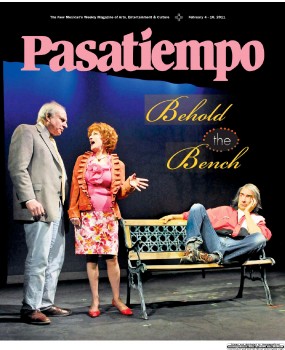 February 3-25, 2011: Three Men on a Bench, written and directed by Ron Bloomberg and A Literary Afternoon, written by Charles Tichenor, directed by Jay Durrwachter. 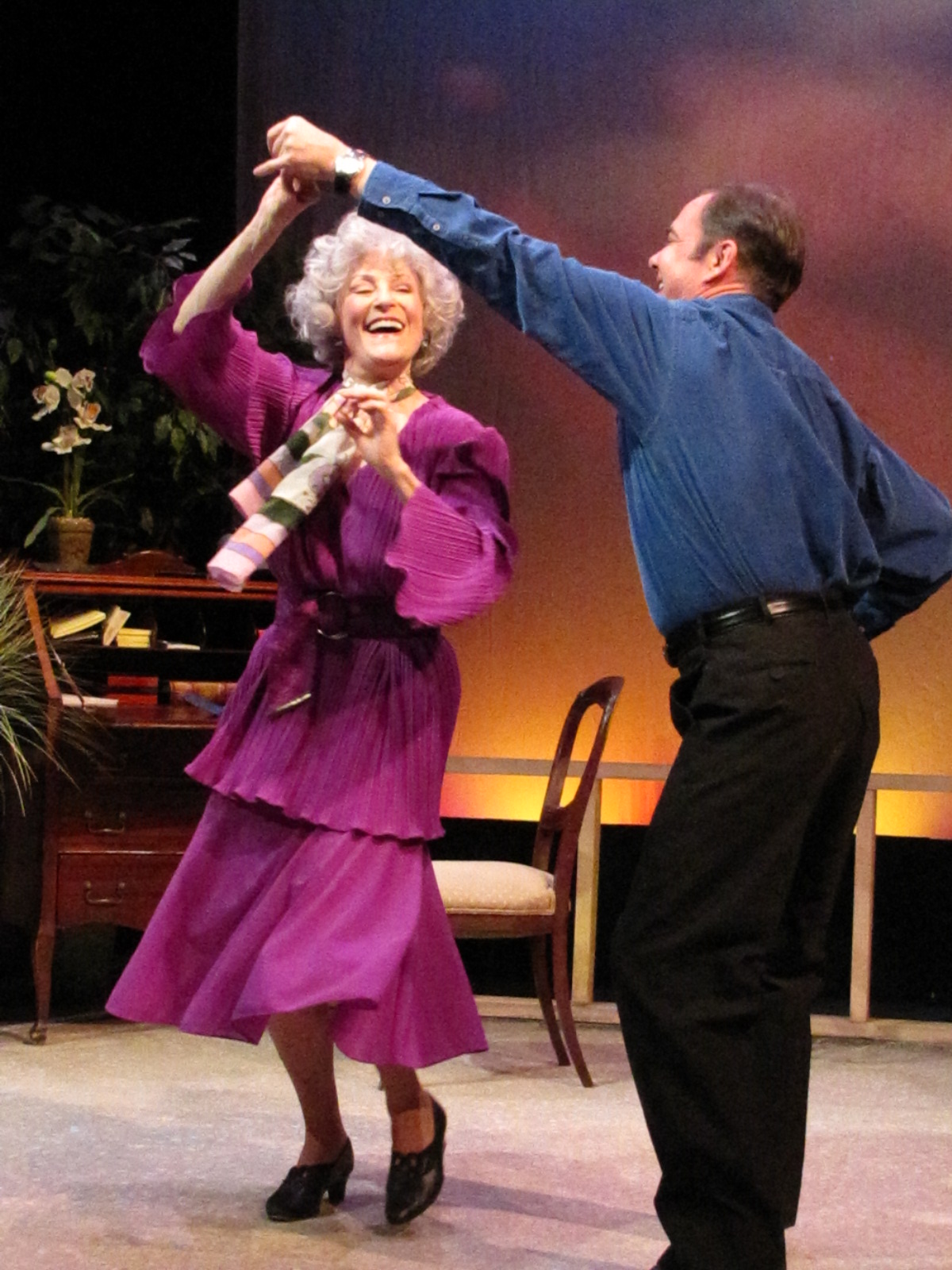 Through January 2: 6 Dance Lessons in 6 Weeks at the Santa Fe Playhouse.

December 16-January 2: Alaina is Lily Harrison in 6 Dances in 6 Weeks in the 2 character play at the Santa Fe Playhouse with David McConnell, directed by Larry Lee. 505 988-4262 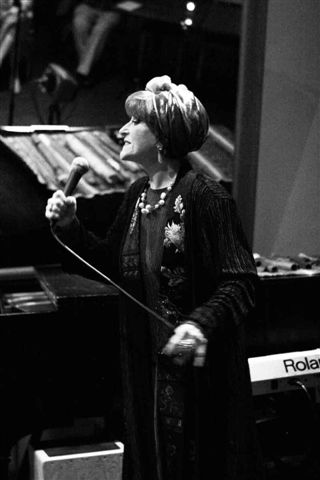 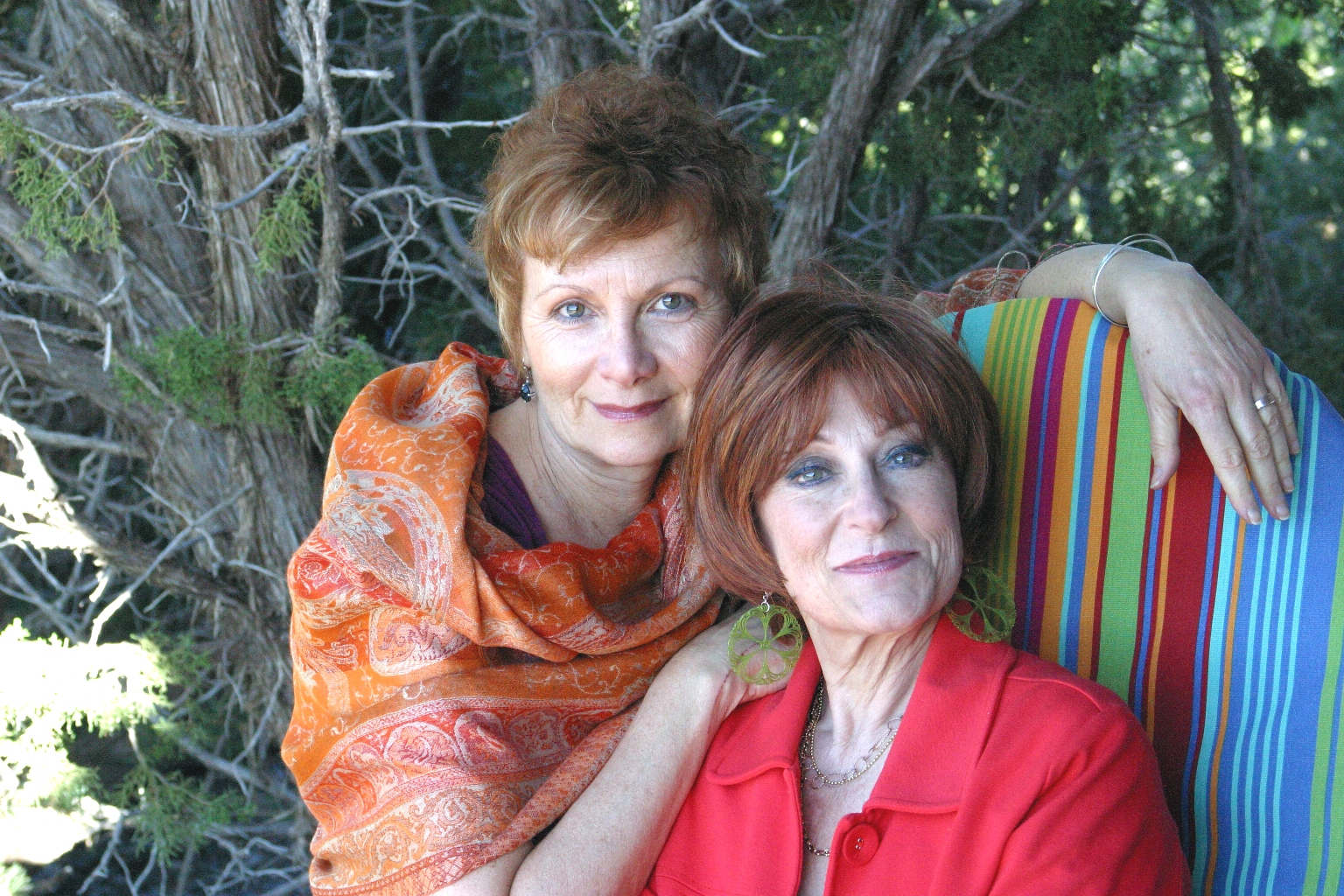 July 13, 2010:  Alaina appears at the KSFR fund raiser at the Santa Fe Playhouse.  Live recording of Seriously Funny.  She closes the evening with the song Vodka from her cabaret act, written by George Gershwin, lyrics by Oscar Hammerstein and Otto Harbach, accompanied by David Geist. 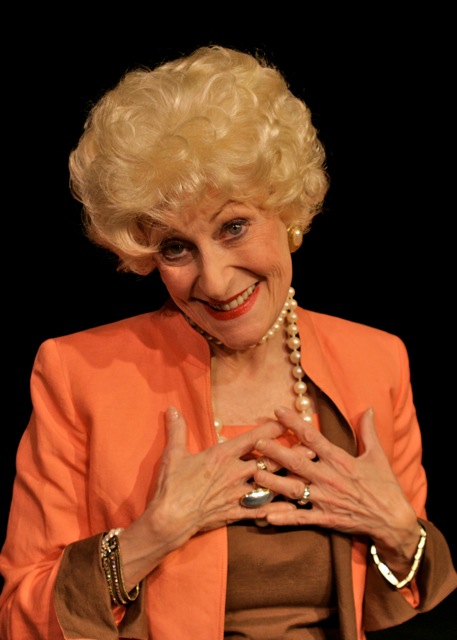 October 15 - November 1, 2009: Eleanor of Aquitaine in The Lion in Winter at the Santa Fe Playhouse, directed by Suzanne Lederer. Played opposite the amazing Bill Verderber as Henry II.

June 18-21, 2009: Mombo by Alan Gelb, directed by Bernie Kukoff at PS21 in Chatham, NY. Alaina reprised her roles as Mrs. Edelstein in three acts, and Ma.

March 27 - April 5, 2009: Morningtime Train by Gerry Fried at the Armory for the Arts, directed by Charles Maynard and Rachel Peck. Alaina played the Spirit of Zachary. 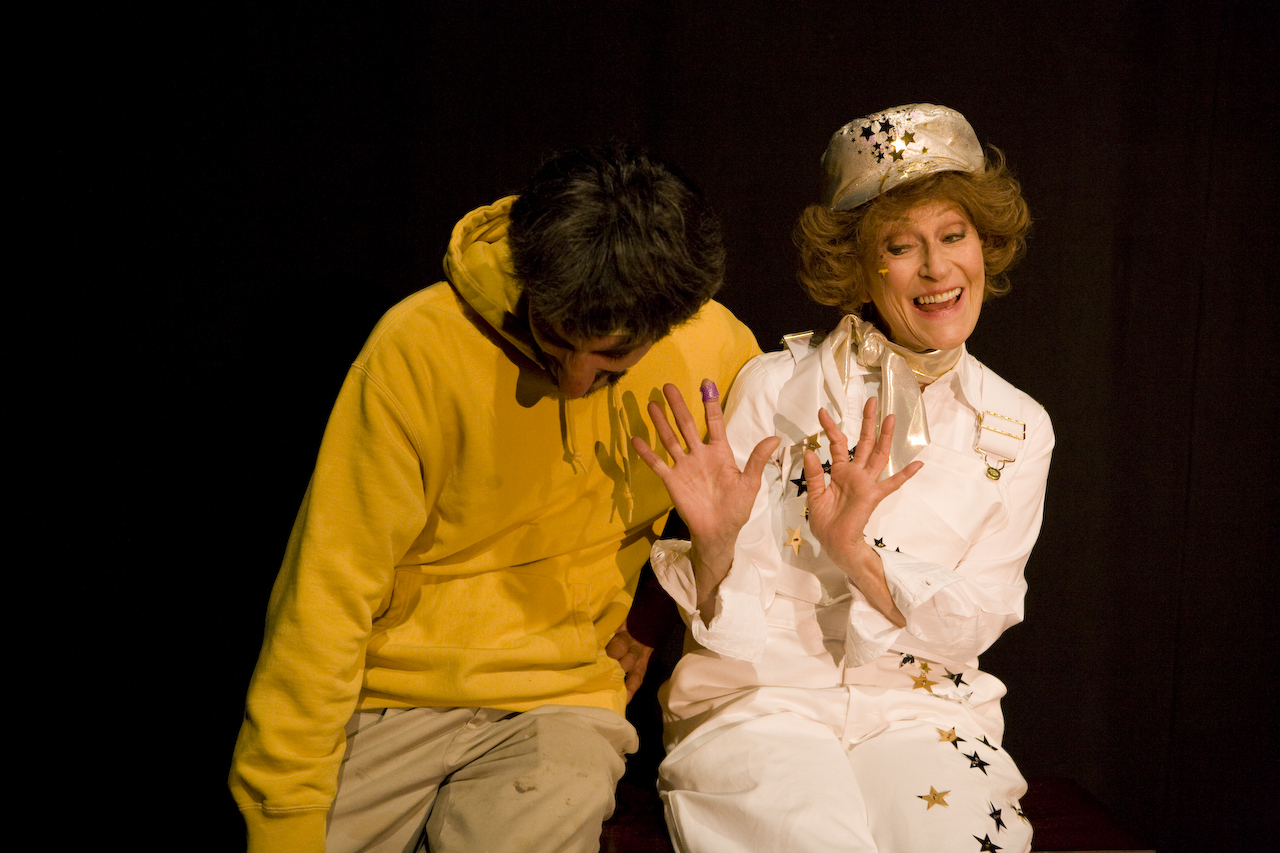 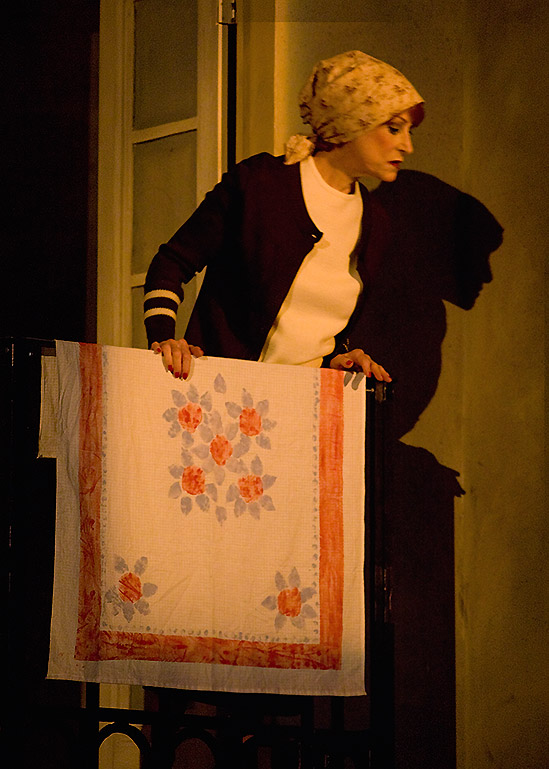 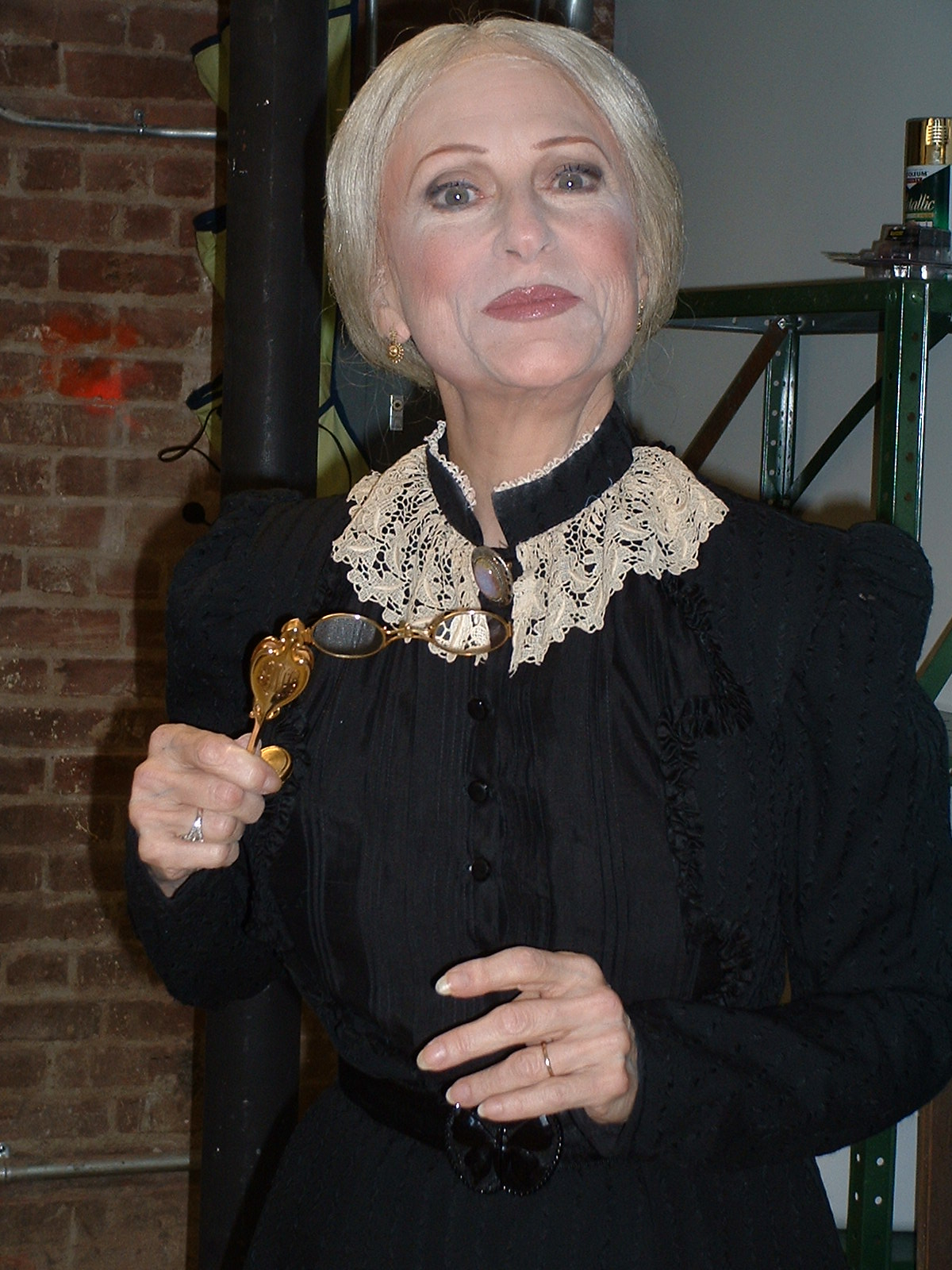 January 13-22, 2006:  Alaina recreates the raucous Dorothy in Bye Bye Broadway, this time for the Copake Theatre Company in Copake, NY.

July 1, 5, 9, 2006: Alaina makes her debut with the Lake George Opera in the DEBUT of Ned Rorem's opera Our Town playing one of the Select Dead.

September 22-30, 2006: as a guest Equity Artist for Russell Sage College in Troy, NY, she plays Mother Superior in an updated Nunsense.

October 14, 2006: for the Hudson River Classic Theatre, Alaina creates Ophelia (Fifi) for the staged reading of The Klucking of Hens by Carole Lockwood.

July 22-24, 29-31, 2005:  Alaina created the role of Dorothy in the American debut of Bye Bye Broadway at North Pointe Cultural Arts Ctr. in Kinderhook.  Dorothy is a boozy, predatory, aging diva who has a stunning transformation. See photos.

October 7-8, 2005:  Mrs. Gobineau in the Hudson Chamber Opera's production of Menotti's The Medium at The Basilica in Hudson. Directed by Dean Anthony.