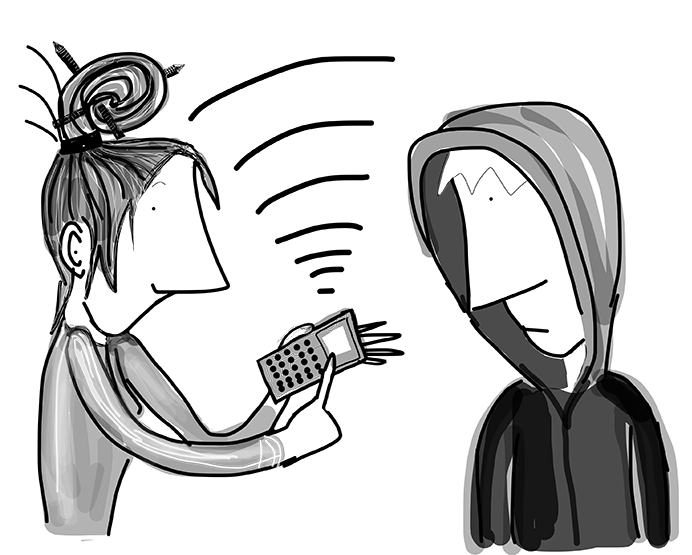 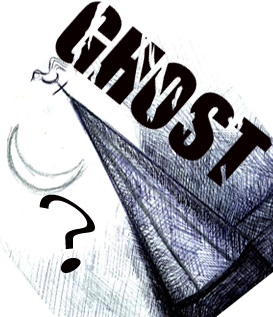 The College Christmas Party. It’s the end of the evening. Fred is collecting his coat. Rita taps him on the shoulder.

Rita:  Fred, are you ignoring me?

Fred: Shaking his head  No, of course not. Why do you think that?

Rita:  Because I’ve waved at you several times. You just looked right through me.  She looks at him more closely. Fred, why aren’t you wearing your glasses?

Fred: Looks embarrassed.  He thinks glasses are uncool.  I don’t need them tonight.

Rita: Laughs Fred, you can’t see anything without your specs!

Fred: Moves past her  I’ve got to go! I want to get the last bus.

Rita: Looks up at the clock  It’s too late. You’ll never get to the bus stop in time.

Fred: Laughing  Scared? No! You’ve been reading too many ghost stories! See you at college tomorrow.

But Fred is already walking out into the cold December night.

It is snowing and very cold. Fred walks quickly towards the churchyard but hesitates at the entrance. He feels very nervous.

Fred:  Quietly to himself  Are you a man or a mouse? You can’t turn back now!

Taking a deep breath he hurries along the tree-lined path. It turns left and then right. Now he is hidden from the road. Above the trees, he can see the shape of the church. In front of him the path turns left again.

Fred is running now. As he turns into the corner, he slips and falls onto his behind.

Fred:  Muttering to himself  Idiot!

Fred looks up. Snow is falling on his face. He wipes his eyes and tries to get up.

Suddenly the night sky lights up. Through the railing, Fred sees something very strange on the grass between the path and the church.

A man and a woman are leaning over a baby. They are dressed in strange, shapeless clothes. 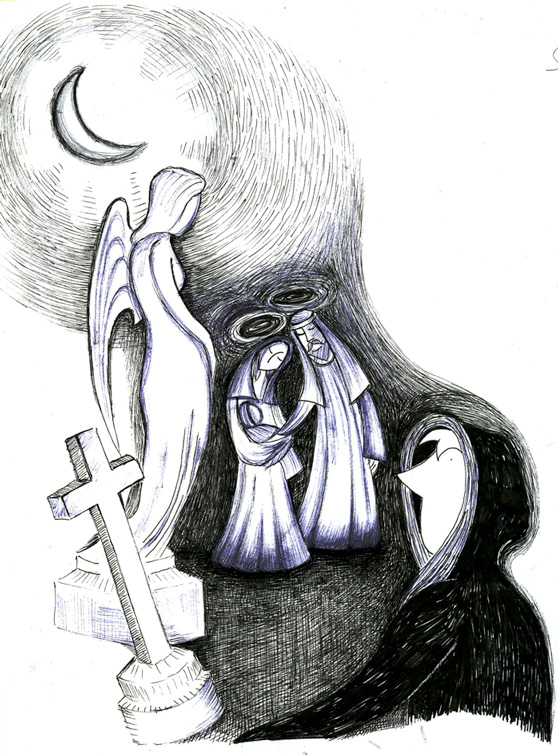 Fred jumps to his feet. Racing out of the churchyard, he sprints down towards the bus stop where the last bus is waiting.

It begins to move away.

Fred:  Shouting at the departing bus. Stop! Wait for me!

Its lights disappear into the distance. Fred begins the long walk home.

The next morning Fred takes the bus to college. Rita gets on at her stop.

Rita:  So did you catch the last bus? I got a lift just after you left. There was room for you, too.

Fred  Shrugs I got home in the end.

Rita:  Did you walk through the churchyard? Without your glasses? I was worried you might walk into a lampost. Or trip over a gravestone! Notices Fred’s hands are grazed. Wait a minute, you did fall over, didn’t you?

Fred:  Looks around & lowers his voice I slipped on the ice. But I did see something very strange!

Rita:  Leaning forward  What do you mean?

Fred describes what he saw in the churchyard. He describes the man and the woman.

Rita.  And they had a baby with them? At that time of night? In this weather?

Fred: They were wearing dressing gowns. Like they were having breakfast.

Rita: That sounds seriously weird. You don’t think they were - ?

Fred: I don’t know what they were. But they creeped me out!!

Rita: It was probably just a trick of the light

They get off the bus together. They can see the church above them.

Rita:  We can check on our way into College. I’m sure there’s a simple explanation.

Rita: Why? It takes longer and we’re late. Come on, Fred!

Rita: I think you’ve been reading too many ghost stories?

They enter the churchyard - this time from the opposite direction. It is deserted.

Rita: Nervous now Where did you see it?

Fred: Around that corner - by the side of the church.

Rita: This place is a bit scary even during daytime.

Rita:  No chance! What crazy person would do that?

They turn the corner. Fred hangs back. Rita stops. For a second there is silence. 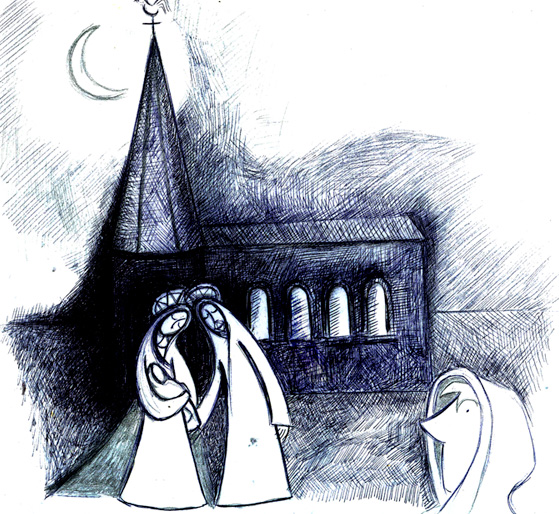 Fred: What’s happened? What can you see?

He comes round the corner. Rita can only point her finger at what is happening on the grass in front of the church. She is laughing so much there are tears in her eyes.

Fred: Stops. Now he sees what Rita sees. Oh! He begins to laugh.

Rita: Talking as if to a small child  Now, Fred, you weren’t wearing your glasses, were you? Can you see what it is now?

Fred: A Nativity Scene! That’s what I saw.

Rita: In the same slow voice That’s right, Fred! The Nativity!  You see the lady looking down at the baby? Her name is Mary. And the little doll? That’s the baby -

Fred: But what about the light? Why was there a flash of light?

Fred moves towards the railings  - and the spotlights on the side of the church come on.

Rita: Laughing again  I think it was a security light, Fred. We have  one in our back garden. It comes on when there is sudden movement. Like someone falling flat on their back, for example.

Ignore - pretend not to see or  recognise, show no interest in 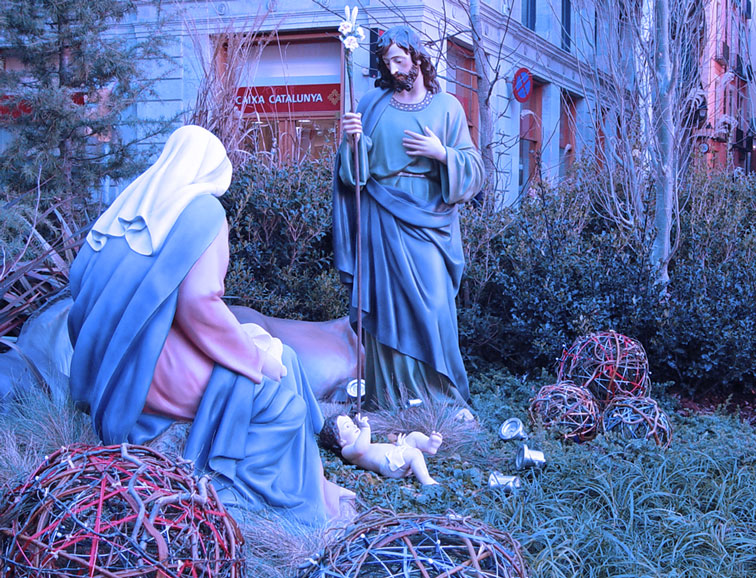 Read about the Nativity

1. In what month do you think the party takes place? How do you know?

2. Why does Fred  not wear his glasses?

3. What happens to Fred in the churchyard?

5. Why does Rita think he makes this mistake?

-yard is a common suffix in English. Complete this table