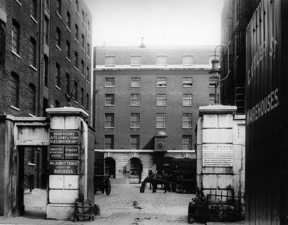 The Honourable East India Company's (HEIC) principal warehouse in the City of London was the Cutler Street complex, constructed in the late 18th century just outside the walls of the medieval city.     To cope with the ever increasing volume of trade, the HEIC sponsored the making of Commercial Road in order to facilitate the transport of goods from the East India Dock to the City

The HEIC's monopoly expired in 1833.   By 1838 its financial situation led to its merger with the West India Dock Company..   In 1858 the British Government assumed the governance of India.   And, in 1874, the HEIC was closed down.   The combined business was, with the rest of London's docks, taken over by the Port of London Authority (PLA) in 1909, which also absorbed the HEIC’s warehouses in Cutler Street.

The self enclosed form of the Cutler Street warehouse is not visible on some maps circa 1795, but may have been built up in stages as storeys were added.   When originally erected the Cutler Street warehouses had a ground floor, three upper storeys and, possibly, two basements. In due course, a fourth storey was added and, later still, a fifth. These additions are seen most clearly when approaching the buildings from New Street (i.e. from Bishopsgate). For security the perimeter walls had no windows at ground level.

Exactly how the buildings were utilised in the 19th C. is not known to us.    What we do know is how it was used for from the early 20th. C. onwards.   The two basements were used for the wine and port trade (including bottling).   The ground floor was used for general warehousing e.g. tea, opium, spices and other ‘dry goods’.   The upper floors, especially those closest to the warehouse’s New Street entrance, were increasingly dedicated to the housing of Oriental carpets and rugs.   At it’s peak, in the second quarter of the 20th. C, these  goods occupied some 150 rooms.   All but two of these rooms were "IN BOND", a system which allows for the importation of dutiable merchandise which can be stored without the Customs Duty or other imposts having to be paid.   This should not be confused with the workings of a FREEPORT system.

Oriental carpets always were a precious commodity but did not arrive in any great volume until after London’s Great Exhibition of 1851.   As the trade grew, so merchants from the East - mainly from Constantinople - were attracted to London's Cutler Street, particularly around the closing years of the 19th C. because of London’s status and the evident security offered by these substantial warehouses.

It was so important a place that the Superintendent who was responsible for the warehouse in the years before the Great War commanded not just an annual salary of £1000 but also the use of one of the two fine Georgian houses within the perimeter walls at the main entrance (the Customs had the other).    Even his deputy was on £300 a year.    In 1908, when the OCM the world's largest Oriental rug corporation was established, it naturally stored its imports in a building immediately outside the main entrance of the complex.

With property values rising dramatically from the 1960s onwards, the Board of the PLA regrettably decided in the 1970s that it would be expeditious for the corporation to sell off the Cutler Street warehouse complex.    A deal was apparently struck with Baltic Exchange for the sum of around 8-9 million pounds and all the tenants were given notice to quit.  The deal failed to materialise, probably due to the roller coaster financial climate of the time.   With all its tenants gone, the Cutler Street buildings remained unoccupied for a couple of years until they were acquired by a property development company who refurbished them, not altogether sympathetically.    Now known as Cutlers Gardens, the complex has very recently undergone a second refurbishment connecting it to Devonshire Square (home of the centuries old LEVANT COMPANY.    ‘Cutlers Gardens’, as it is now called, has had it’s postal address changed from London E.1 (i.e in the East End) to London EC.2 (i.e ‘within the City of London’)    What was initially done was not to everyone’s taste but a recent refurbishment of the appearance of the site has certainly been for the better.

Prior to the closing of the Cutler Street warehouses, two major rug importers (L. Kelaty Ltd, and A. Oundjian [London] Ltd) had already found separate independent premises away from the City of London.    The former acquired the old Gainsborough Film Studios near Islington and, thanks to an exclusive contract with the USSR, the firm so prospered that it reputedly became one of Britain's largest privately owned companies.

A dozen of the more active Oriental rug dealers who had remained with the PLA found alternative accommodation in a single warehouse complex in Kentish Town in 1973, and called themselves ‘The International Oriental Carpet Centre’ (IOCC). The remaining dealers took up the PLA's offer of a refurbished building in Wapping which was unsuitably located.   When this failed, some of these dealers

managed to find accommodation with the IOCC in Kentish Town. These included the old-established firms of Harounoff & Co, and The Teheran Carpet Co. Ltd..    They were joined by the Bolours who had recently left Teheran and were in no way related to the Bolours of Hamburg ;  and one branch of the Ambalo family from Kabul.   When the IOCC's lease in Kentish Town expired in 1994, most of the dealers relocated themselves into premises between Finsbury Park and Tottenham which had once been a confectionery factory belonging to Maynards famous for their Trebor Mints and Maynards Wine Gums!    The new complex adopted the name ‘THE ORIENTAL CARPET CENTRE’ (OCC ).

This second move in 1994 served to accelerate the decline of London’s once very substantial entrepot trade in Oriental carpets which had begun to show itself after the move from Cutler Street.two decades earlier.   By the time these lines were written, the decline has almost wiped out trade, and not just in London but world-wide.   Had the break with its Cutler Street roots not taken place, it might well have been that the decline would have been at a slower rate but it is now obvious that it could not have been avoided.   Even the huge warehouse complex in Hamburg’s Speicherstadt, known world wide as the “Freilager”, has seen its trade diminish and virtually vanish. 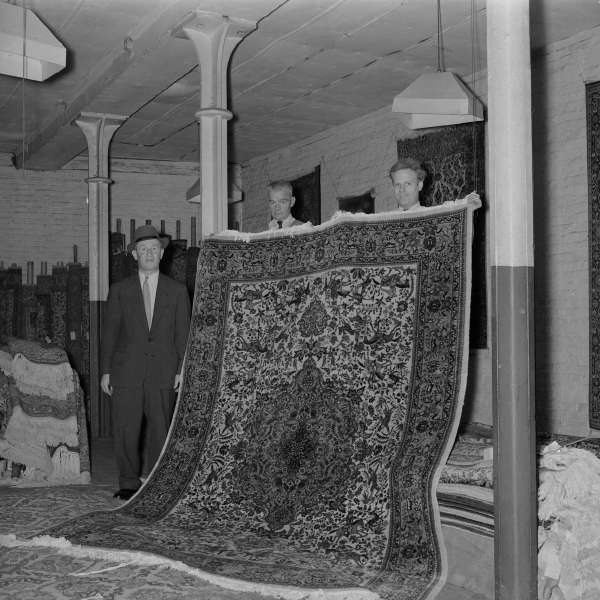 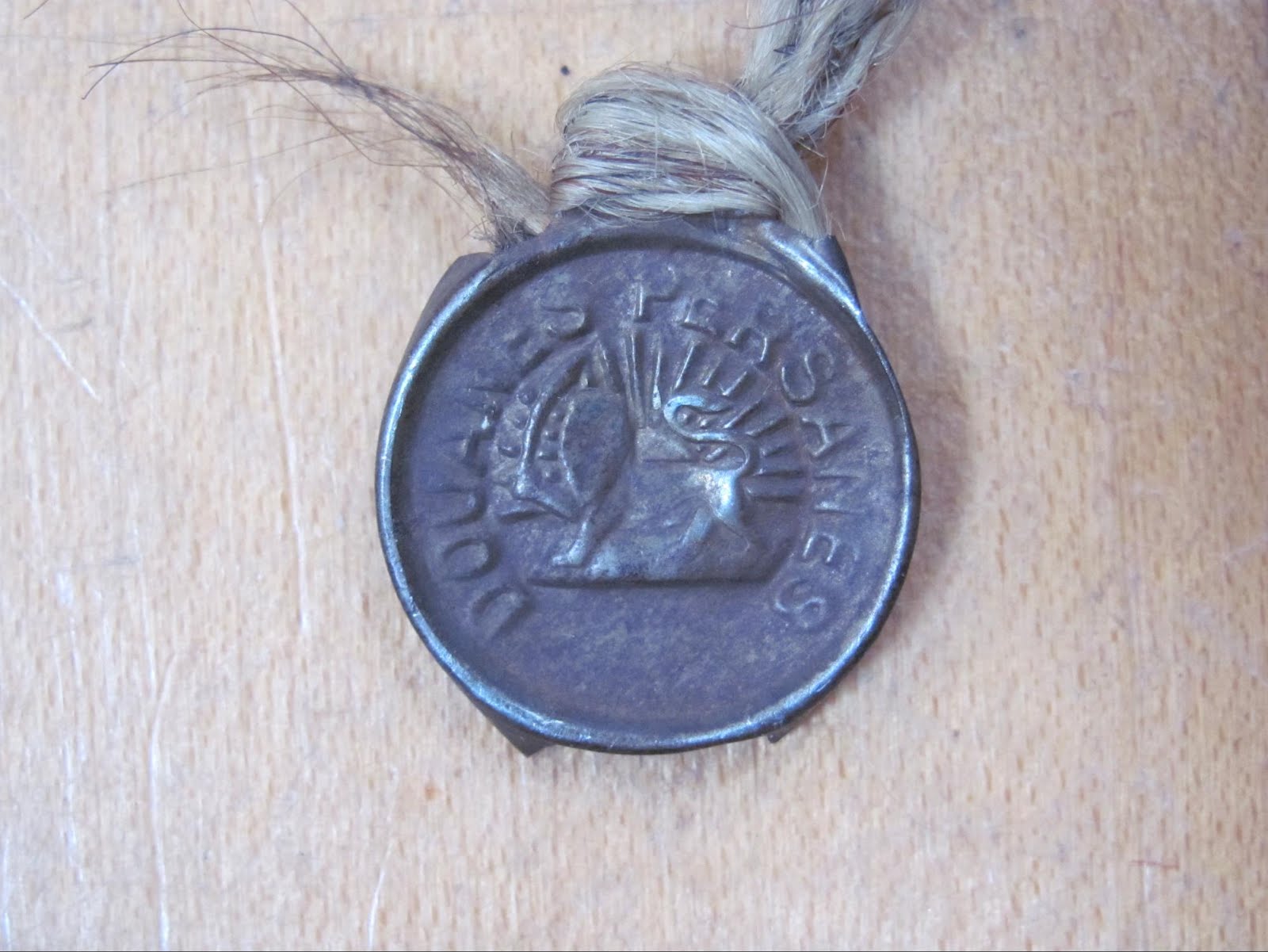 (Import Duties Act) section, dealing with general goods, which was

glorified bookkeeping, but I also worked in the tobacco and wines and

spirits offices. I had little to do with the carpets, but I do remember Mr

Knivett (I forget his first name, if I ever knew it) who was the Customs

Officer for carpets at the time. He had been there a long time, and the 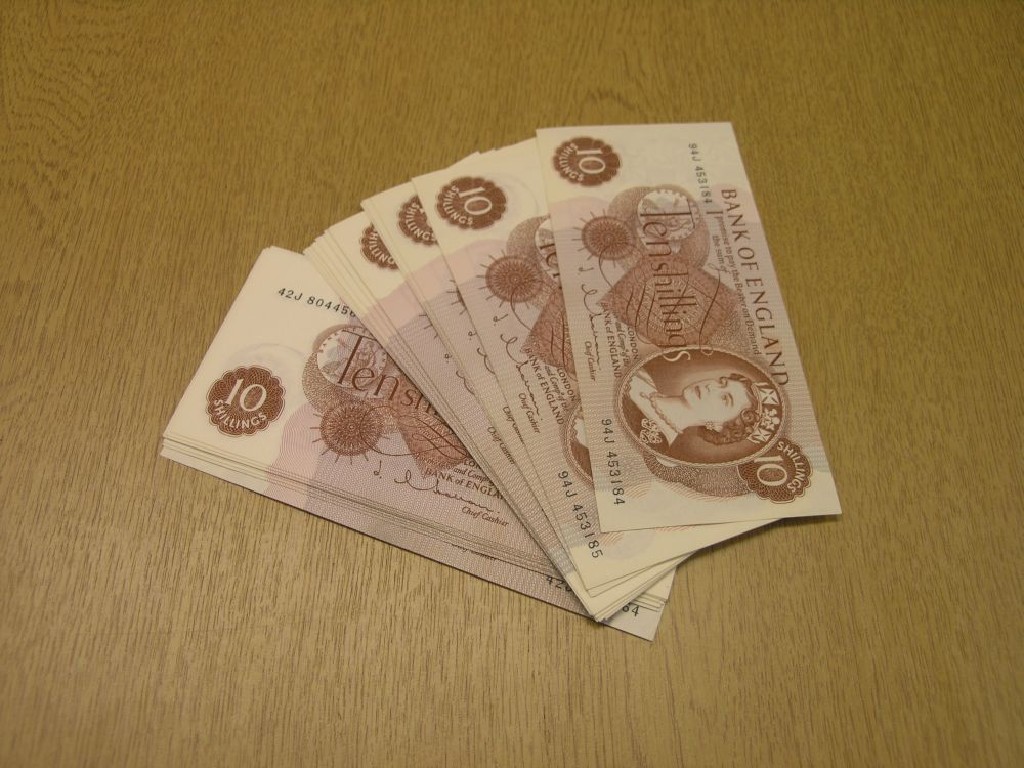 cases of feathers, relics of the old days. In the Vintage Wine warehouse

bottling was done by hand; the men doing the bottling always lost weight

noticeably when they came off working on the port." 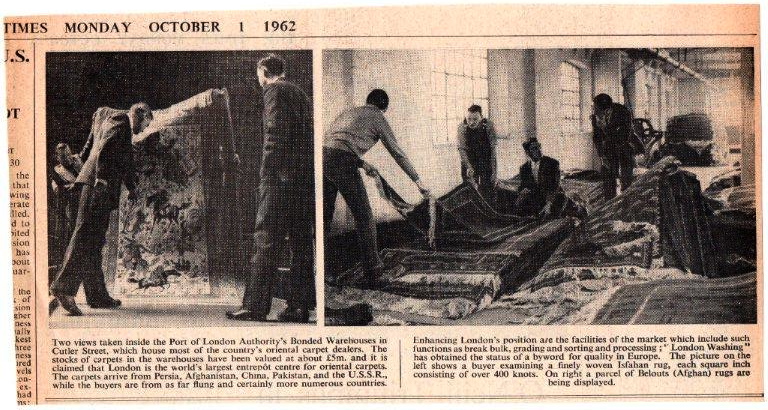 Press cutting from The Times on Monday 1st Oct. 1962  The buyer examining the goods was I.F.S. Collins, (the OCM-trained professional buyer for the Oxford Street branch of the John Lewis Partnership) with his Cutler Street agent.   The article demonstrates that London still exerted a powerful presence in the international carpet trade at the time of writing. It was however already losing its place to Hamburg and other markets.

Yugoslavia and its trade with London/Carpets vol 34 p 83

All available  Museum of London archives from the London Museum ( of Docklands )Also possible further photographs in the collection. Open by appointment on Thursdays. The PLA Monthly is also available at the British Library which may be easier to get to.

This list is continually updated. Fresh information and supplements to existing records are most welcome. Dates are especially needed.