This document will describe a technique available as of WOW 6.5.05 which allows operations to be linked or dependant on one another. 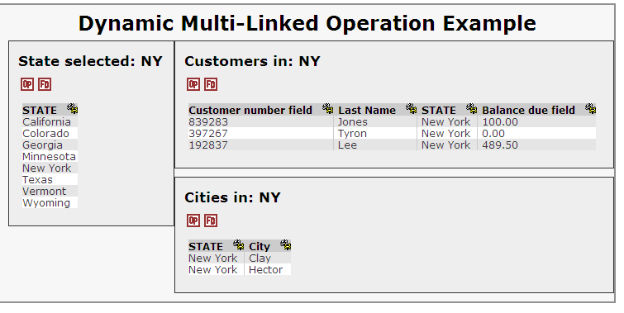 WOW Fusion provides the dashboard functionality.   You must have a WOW Fusion installed with a valid license to implement this feature.  Refer to WOW Fusion documentation for specific setup options:  http://www.planetjavainc.com/documentation/webhelp/WOWFusionCharts/Default.htm

1.    Create an Execution Group Operation.  This operation will be the overall dashboard and control all the individual operations housed inside of it. 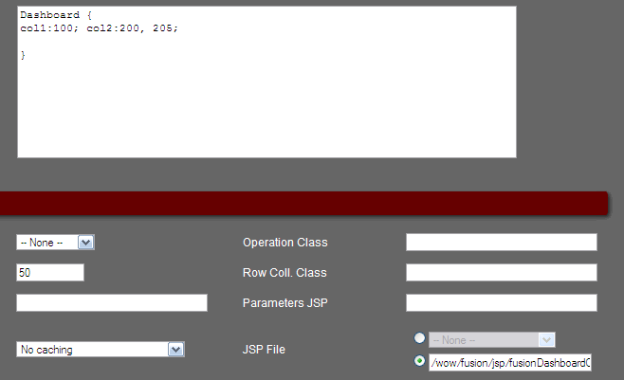 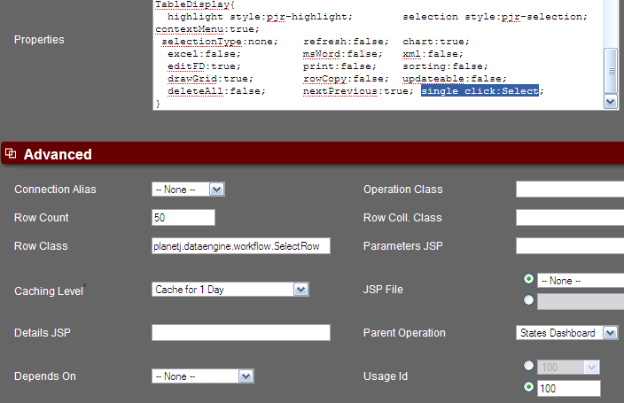 a.    SELECT  Distinct state, city FROM QIWS.QCUSTCDT where STATE = ??!STATE

The State Selection operation declared a wow action called “Select” to run when the user performs a single click  on the rows.  The “SelectRow” java class is called and sets global variables for each field which is declared as a global variable in its field descriptor.  SelectRow re-executes all operations.  The operations can reference the “current” value of a global variable using ??!FieldName.  The user interface is updated with the results of the re-execution.

1.    You can include and reference multiple global variables.

2.    SQL Function called COALESCE can be used to supply a value if a global variable is not set.  For example, you could display ALL customers in all states until a particular state is selected using:

3.    Operations may include charts.

4.    Operation titles and instructions can include dynamic global variables.  For example:  Customers in:  ??!STATE

6.    Global variables are set when a row is edited, inserted, or deleted and when an association is run.