Using the links provided, work your way through the history of the discovery of DNA as genetic material..

Find Miescher on the timeline and click on the bucket with the Red Cross to watch the animation.  In 1869, he extracted a substance from white blood cells that he called nuclein.  What do you think he was actually extracting?

or  (http://biology.clc.uc.edu/courses/Bio104/dna.htm )  Frederick Griffith’s famous experiment was conducted in 1928.

What happened when heat-killed S and normal R bacteria were mixed and then injected into mice? 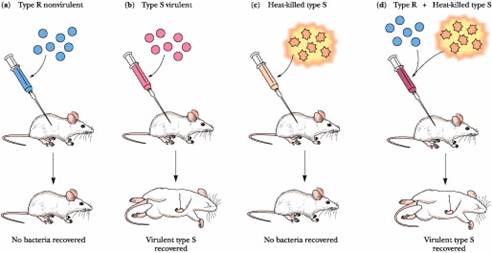 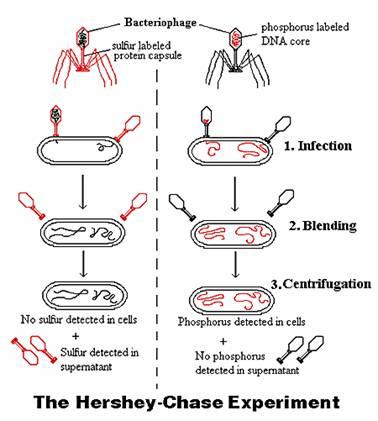 What is a bacteriophage?

How does a bacteriophage kill a bacteria?

Watch “Chargaff’s Ratios.”  Chargaff used relative proportions of bases in DNA to come up with his rules for base pairing.

What are 4 sources of DNA that he used?

Why might some people say she was robbed of a Nobel Prize?

What is x-ray crystallography (aka x-ray diffraction) ?

What did Franklin discover about the shape of DNA?

Linus Pauling proposed a structure for DNA that was incorrect.  Describe Paulus’ structure and draw it below.

For what did they receive the Nobel prize?  What year?

Describe the difference between Pauling’s structure and Watson and Crick’s structure.