This exhibit features a painter, Annie Clavel and a sculptor, Karin Swildens.

As the title says, both artists are showing artwork which embodies the exhibit’s theme “ENERGY”.

Annie Clavel’s new pieces, with stimulating colors and strong brush strokes, emphasize the strength that we find in ourselves to build our lives.  Through her art, we can also sense the forces and powers that are observable in the surrounding world.

Karin Swilden’s beautiful and powerfully grounded sculptures carry in their movements and postures the expression of the mightiness and intensity of human and animal life.  Feel the energy and sense this energy transfer to the viewer. 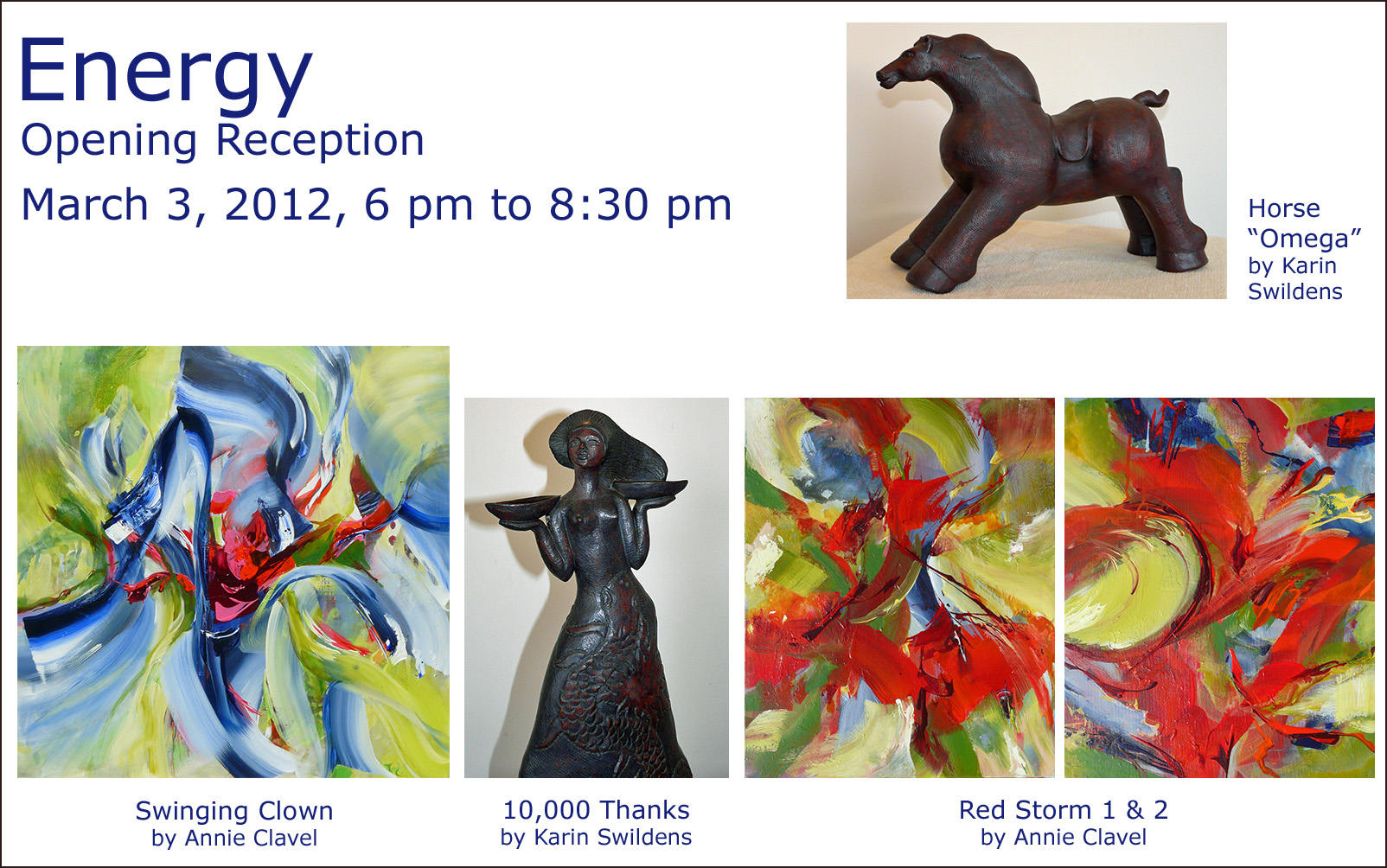 Annie Clavel, the owner and curator, is a French artist who has lived in Long Beach since 2006.