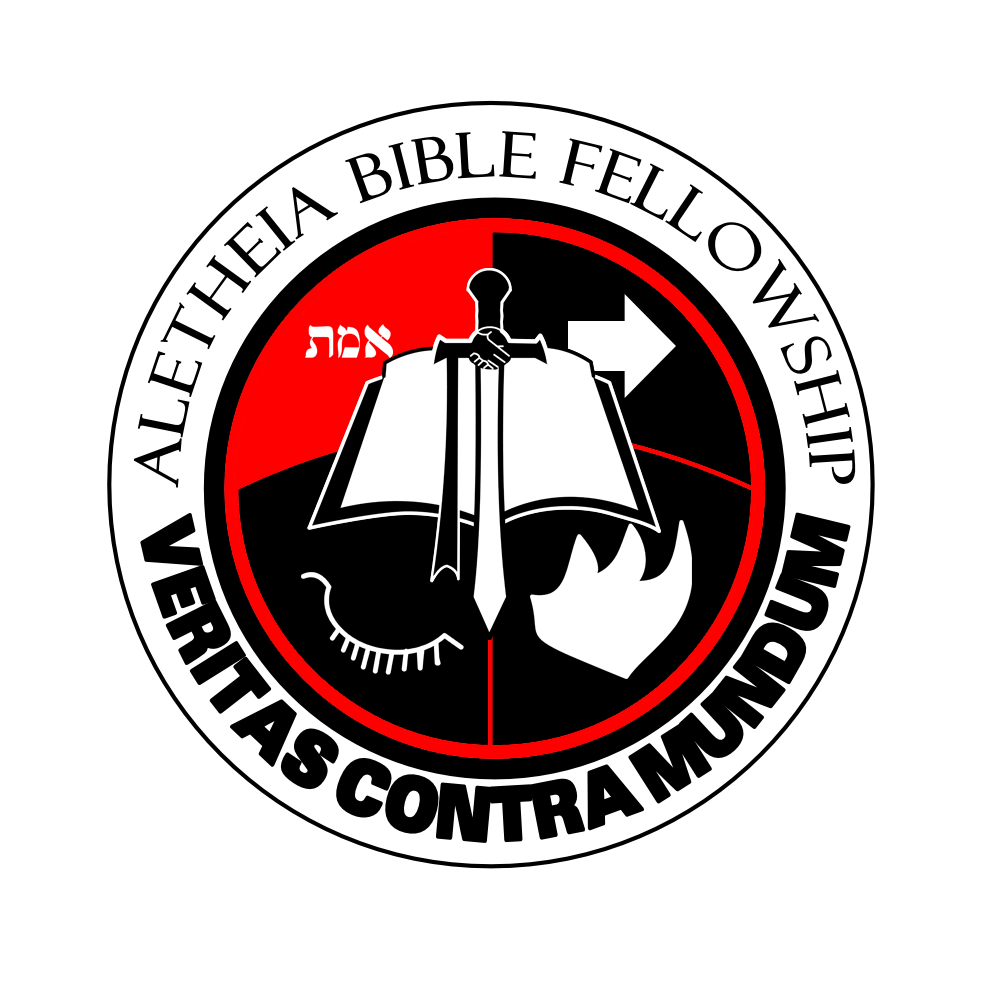 Aletheia Bible Fellowship is a Bible believing church. We believe that the Bible in its original language, and its translations are subject to the hermeneutical context in which it was written. All translations which produce an accurate transmission of this context are honest and true. We adhere to the tenets therein as absolutely authoritative, immutable and complete in their application to the worldview of our fellowship and Christianity at large.

We believe in the Bible as informative of all aspects of life. We believe that the Bible is God’s divine revelation into creation in order to create tenants by which man may live in right harmony with his creator.

We do not knowingly involve ourselves with ideas, goals, actions or persons that violate, seek to circumvent, diminish or exclude these tenants as a matter of partnership.

The tenets of scripture are interpreted by the congregationally affirmed and biblically qualified Eldership of Aletheia Bible Fellowship in light of the accountability of the church universal in its most inclusive sense, from the largest whole to its smallest member. It is interpreted against the weight of previous interpretations, including the wealth of orthodox theology as well as the canon of scripture affirmed in the council of Nicea. It is measured against the Old Testament canon endorsed by the voice of Jesus Christ in his ownership of the Septuagint. It is weighed against the evidence of God witnessed in the breadth of his creation including the heart of men, the psychology of men, and nature itself. It is measured against established historical data.

RESPONSIBILITY OF THE ELDERSHIP

Wherein these weights do not create a substantial ruling as to the ideas, goals, actions or persons which these weights seek to inform, the Eldership of Aletheia Bible Fellowship determines these factors with the weight of their own experience in transparent and accountable congress as extra-biblical principles useful for specific hermeneutical truths not necessarily connected to the general overarching narrative of God’s plan for humanity found within scripture.

The Eldership of Aletheia Bible Fellowship in matters of social principles endorses with prejudice:

-the familial relationship found in a natural occuring, genetically xx and xy partnership, defined in monogamy of heart, mind and soul before God and man and following his hierarchy of submission, demonstrated by the polity of the trinity and outlined in the heteronormativity of the Bible.

-the people of Israel as the chosen people of God to convey his narrative for mankind.

-we affirm the sovereign state of Israel as an outworking of God’s plan for his people and a fulfillment of biblical prophecy.

-the sanctity of mankind as made in God’s image, created for a purpose and intrinsically connected to God.

-the sovereignty of God in all matters and the holiness of his people in matters of partnerships.

The Eldership of Aletheia Bible Fellowship in matters of social principles will not endorse:

-glorification of ideals which violate as a matter of principle, those things which seek to usurp the biblical tenants on any level. This includes but is not limited to the: spiritual, mental, physical, or psychological level.

-diminish the station of human beings on a physical, mental or psychological level

-glorify inappropriate relationships between God’s creation on a physical, mental or psychological level

-promote a contrary doctrine as a matter of intent, indifference or ignorance