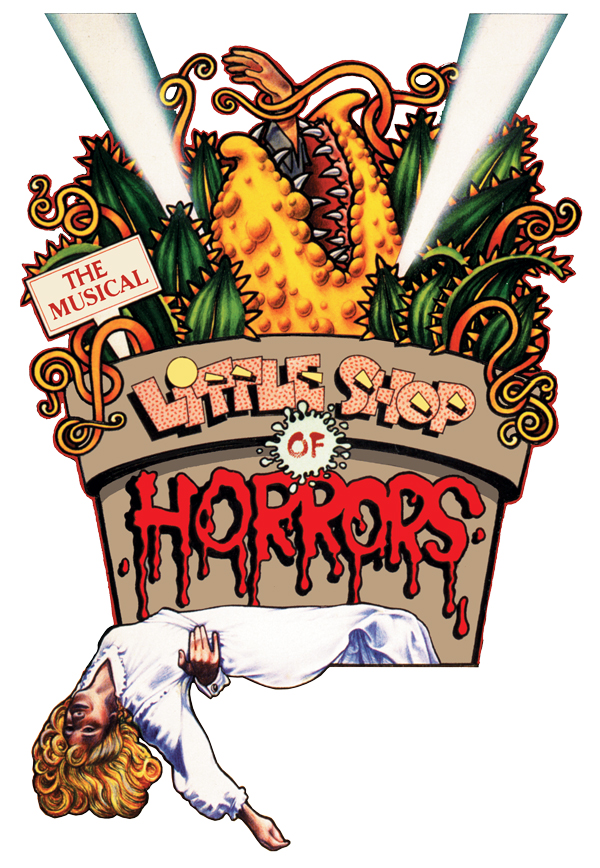 Thank you for wanting to be part of our production of Little Shop of Horrors! Below is a LOT of information to help you prepare and make a decision about auditioning for the show. First, here are the important dates:

Little Shop of Horrors is set in 1950’s America; the script is outlandish, but the characters are intended to be played authentically so that the story can be told. Read more here.

SEYMOUR (playing age: mid-20’s); Our insecure, naive, put-upon, florists’ clerk hero. Above all, he’s a sweet and well-meaning little man. He is NOT a silly nerd, and therefore, should not be played as the hero of a Jerry Lewis film. Strong acting and singing. VOCAL RANGE: TENOR

AUDREY (playing age: mid-20’s); The secret love of his life. If you took the essences of Judy Holiday, Carol Channing, Marilyn Monroe, and Goldie Hawn, removed their education and feelings of self-worth, dressed them in spiked heels and a short black dress, and then shook them up in a test tube to extract what’s sweetest and most vulnerable - that would be Audrey. Strong acting/comedy and singing. VOCAL RANGE: MEZZO-SOPRANO

MUSHNIK (middle-aged, may be cast as Mr. or Ms.); Their boss. A failure of an East Side florist; if an accent is used, it is more middle class New York than Eastern Europe; seldom smiles. Strong character actor, some singing. VOCAL RANGE: BARITONE (may be adapted to ALTO)

ORIN-THE DENTIST (late 20’s-early 40’s); A tall, dark, handsome dentist with a black leather jacket and cruel tendencies. He is not, however, a leftover from the movie version of Grease. Think instead of an egotistical pretty-boy - all got up like a greaser but thinking like an insurance salesman and talking like a radio announcer. Makes a couple of brief, but high impact, appearances. Strong character actor and singer. VOCAL RANGE: BARITONE

THE PLANT (AUDREY II); An anthropomorphic cross between a giant Venus flytrap and an avocado. It has a huge, nasty-looking pod which gains a shark-like aspect when open and snapping at food, and a voice that is a cross between Otis Redding, Barry White, and Wolfman Jack. Think of the voice as that of a street-smart, funky, conniving villain - Rhythm and Blues’ answer to Richard the Third. Strong character singer. VOCAL RANGE: BARITONE/BASS

CRYSTAL, RONETTE, and CHIFFON (playing age late teens to 20’s); three “street urchins” who function as participants in the action (when they have dialogue) and a Greek Chorus commenting and narrating the action (when they sing together in close harmony). They’re young, hip, smart, and the only people in the whole cast who really know what’s going on. In their “Greek Chorus” capacity, they occasionally sing to the audience directly. And when they do, it’s often with a “secret-smile” that says: “we know something you don’t know.” Strong harmony singers with good movement skills. VOCAL RANGE: MEZZO-SOPRANO

Folks should plan to arrive 15-30 minutes early, and stay for most, if not all, of the audition time.

All auditions and callbacks will be held at the Prairie Players Civic Theater in Galesburg.

Standard auditions for all roles:

This will be a three-part audition in two phases, which may be completed in any order.

All actors are asked to perform 1 minute of a song from the show (listed below based on character preference), as well as read from the script.

All actors will be taught a piece of choreography at the audition and be asked to perform it with a group.

Those who want to be cast in an ensemble role should select one of the below songs which best match their vocal range. For named characters:

All cast and crew are required to fill out an information form; those who audition must complete a full Audition Form. To save time on the day of audition, please bring a copy with you. Otherwise, there will be paper copies available to be completed by hand at the audition.

Rehearsals will be scheduled for Sunday-Thursday each week. There may be optional pick-up rehearsals on specific Fridays or Saturdays if needed. Sundays, we will rehearse from 3pm-6pm, and weekdays from 6pm-9pm.

Early rehearsals will be loosely broken up into sections of ensemble numbers, solos/duets, and group numbers, and all cast members are expected to be present when they are in a song or scene that is being rehearsed.

Beginning in the middle of June, most cast members will be called for every rehearsal.

All cast and crew are required to be present for all Tech Week rehearsals and performances.

Strike happens immediately following the last performance on July 19; all cast and crew are required to participate in striking the set, costumes, and house, and returning the theater to a better condition than we found it in.

If you have questions about the audition criteria, rehearsal and performance schedule, or anything else, please email production@prairieplayers.com and we will be happy to support you!