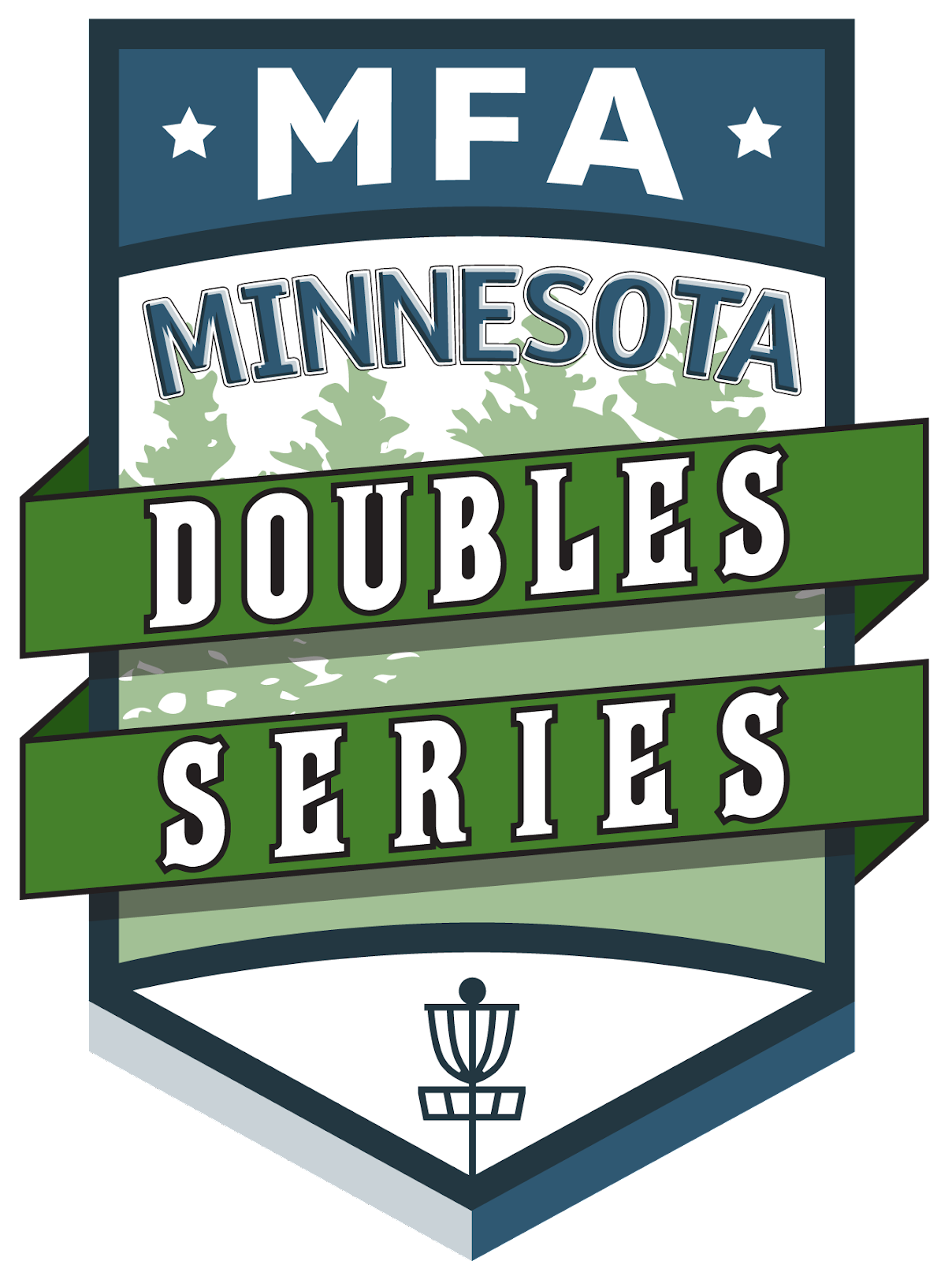 From each entry fee, $5/team will be taken out prior to payouts. Of this $5/team taken out:

There will be an optional $5 ace pool (per player) that will roll over to the following event if no one gets a hole in one during the event. If there is a remaining balance after the completion of the Championship Event, a throw off will take place via a CTP contest.

Note: Active MFA members will be eligible to receive a matched ace pool equaling $1 added for each player in that event.

WHAT FORMAT WILL BE USED?

Active MFA members playing in the MDS Championship event will receive a $5 discount towards their membership for the following season.

All Amateur merchandise credit will be redeemable through Gotta Go Gotta Throw either in store, or online. Players will be notified when their credit is able to be redeemed.

WHAT IS THE MINNESOTA DOUBLES SERIES?

The Minnesota Doubles Series is a series of disc golf doubles tournaments organized by the Minnesota Frisbee Association. Come and enjoy the spirit of competition in a doubles format with an emphasis on having fun.  These events land on Sundays.

*ALL MDS EVENTS ARE NON-SANCTIONED *

WHAT IS THE HISTORY OF THE MINNESOTA DOUBLES SERIES (MDS)?

The Minnesota Doubles Series (MDS) started in the early 1990s as a fun way to play with a partner as well as test your team’s unique abilities.

HOW CAN A MFA MEMBERSHIP BENEFIT ME WHEN COMPETING IN MDS EVENTS?

By being a MFA member on (prior to the round) or before the day you compete in an MDS event allows you to accumulate MDS points. The top qualified finishers in both Pro and Am divisions receive CASH payouts at the end-of-the-year awards that are held at the MFA Fall membership Meeting in November of each year.

HOW IS THE POINT SYSTEM CALCULATED?

This is a point system invented by Joe Feidt, and later updated by Chuck Kennedy, for the Minnesota Frisbee Association.

Players earn points by competing in MDS events. Once a player has competed in at least three MDS tournaments, he or she is eligible for year- end prizes. A player's top four scores (in terms

of points) are what count for the final year-end total.

Points are calculated as follows:

Example: Assume a division with 38 players.

HOW MANY EVENTS DO I HAVE TO PLAY TO QUALIFY FOR MDS PAYOUTS?

One, to compete for the division championship but a minimum of three (regardless of zone) to compete for year end payouts.  However, the more events you play the better your chances are of finishing higher in the overall standings as we use your top seven event scores to tally your year end total.

IF I CONTINUE TO CHANGE PARTNERS THROUGHOUT THE SEASON DOES THAT IMPACT MY TOUR STANDINGS?

No it will not.  We keep track of scores per individual, not at the team level.  If your team finished second in an event both players will receive the same number of points.  If the following event you were to have a different partner your previous scores would continue with you throughout the season.  It is due to this that at the end of the year the top two point leaders are deemed our series champions.  At times these two individuals may have never played as single event together.

WHERE CAN I SPEND MY AMATEUR PAYOUT CERTIFICATES?