Grounds for Recall of Mayor Shea

Mayor Christina Shea serves her own interests and big developers, not Irvine residents. Recently, in a backroom political deal, then-Councilmember Shea became Irvine’s first unelected Mayor in the past 30 years, when former Mayor Donald Wagner resigned to become County Supervisor. In 2016, Shea benefitted from more than $100,000 in outside campaign funding from developers to win election to the Council. Once elected, Shea promoted Measure B — the developer-backed scheme to replace the planned, designed, and CalVet-approved Veterans Cemetery on the City-owned “ARDA” site alongside the Great Park with office, industrial and other terrible traffic-inducing development. In 2018, Irvine voters overwhelmingly defeated Shea’s Measure B, 63% to 37%. Yet, Shea stubbornly refuses to accept the will of the people. As Irvine’s unelected Mayor, she remains determined to defeat the Veterans Cemetery at the ARDA site in favor of more unwanted development. To honor the will of the people, build the beautiful Veterans Memorial Park & Cemetery at the ARDA site, and restore integrity to the Mayor’s office, Christina Shea must be recalled, removed from office, and replaced by an elected Mayor who puts the interests of Irvine residents first.

Grounds for Recall of Councilmember Carroll

In a backroom political deal, Christina Shea became Irvine’s unelected Mayor on April 3, 2019. Six weeks later, Shea voted to appoint Michael Carroll to fill her vacated seat on the City Council. This two-step maneuver enabled Michael Carroll to become an Irvine City Councilmember without Irvine voters having any say in the matter. Since his appointment to City Council, Carroll has worked to defeat the long-planned, designed, and CalVet-approved Veterans Cemetery, which would be State-built and State-operated on the City-owned “ARDA” site alongside the Great Park. Carroll ignores the will of the people, aligning himself with Shea and developers and their scheme to replace the planned Veterans Cemetery on the 125-acre ARDA site and pave the way for massive development and added traffic. Irvine residents deserve to have an elected Councilmember who is beholden to the people rather than beholden to an unelected Mayor and billion-dollar developers. If we ever expect to see the Veterans Memorial Park & Cemetery at the ARDA site alongside the Great Park, we must recall and remove Michael Carroll from the City Council and replace him with an elected Councilmember who respects the will of the people. 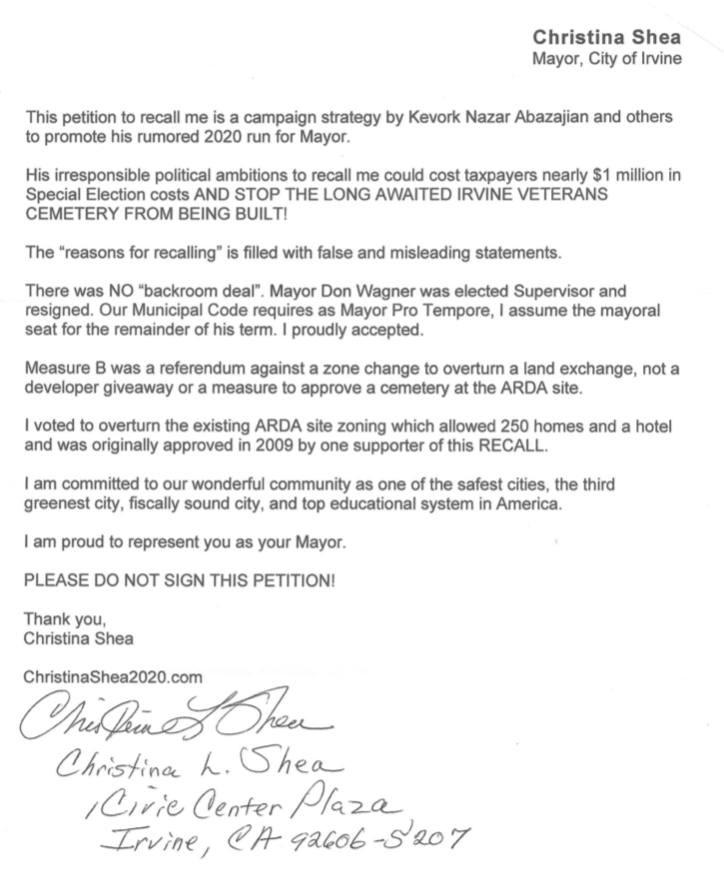 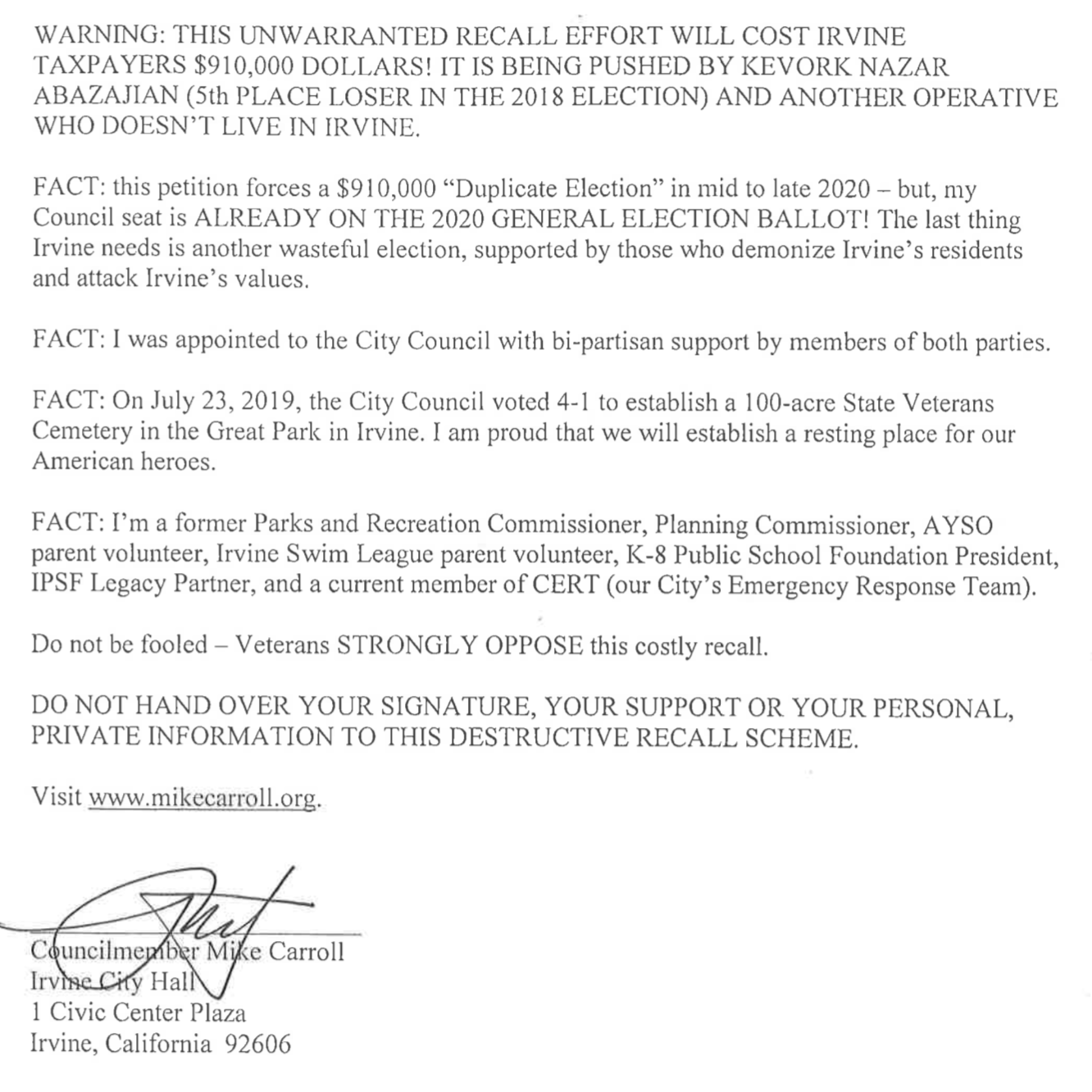