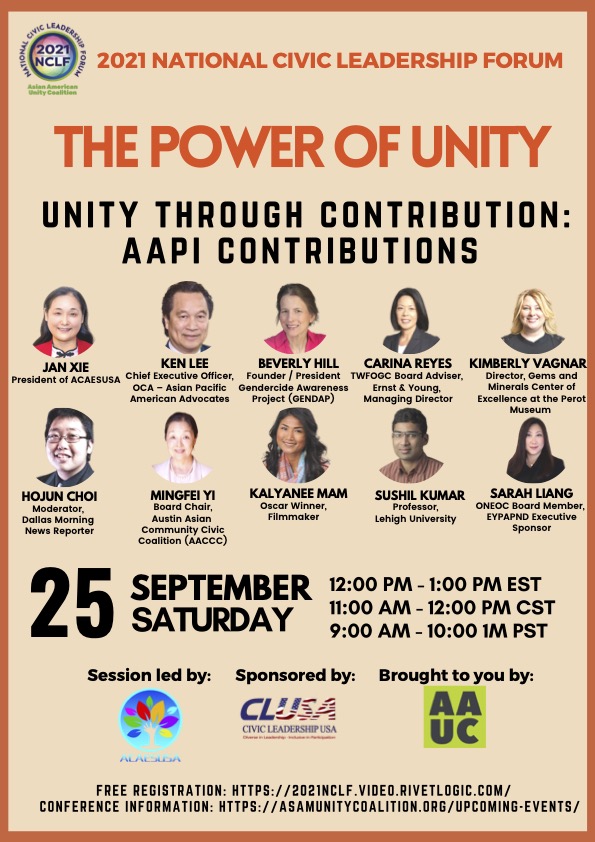 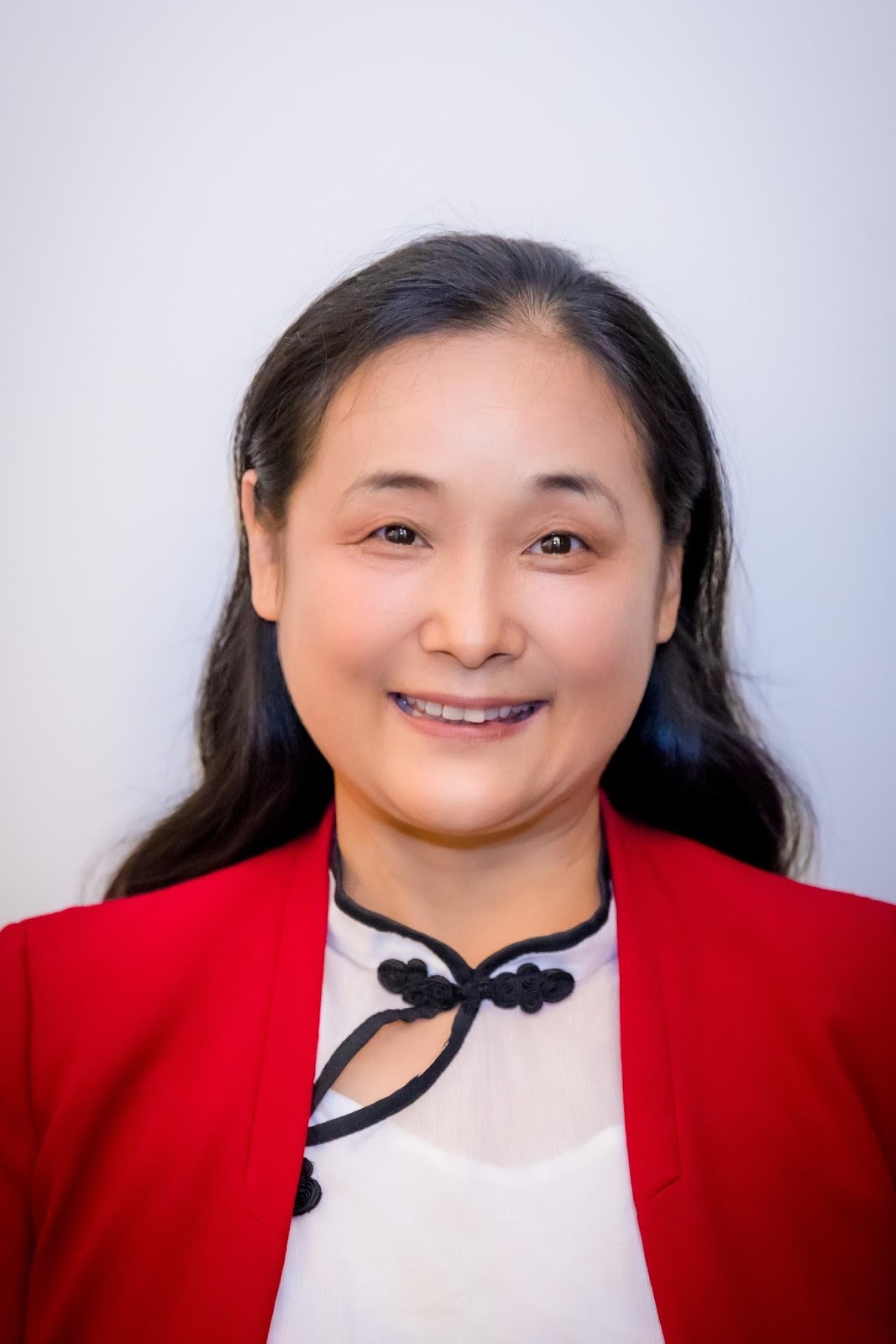 Session leader: Jan Xie is the Founder and President of Asian Culture and Education Society USA(ACAESUSA).  AAUC Secretary. President of OCA-DFW, Photographer and Videographer. Board Director of UCA and ACP. She had been the part time consultant at Texas A&M university and Destination Imagination Dallas Region Challenge Master . Treasurer of GENDAP and NTAPA. Jan is certified as the Texas Community Health Worker. She holds the Executive certification in Nonprofit Governance from The University of Texas at Dallas. 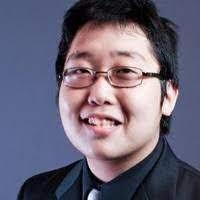 Hojun Choi is an American of Korean descent who is a journalist focused on reporting on the experiences of the AAPI community. His writing has appeared in the Austin American-Stateman, and he is currently a breaking news reporter for The Dallas Morning News. 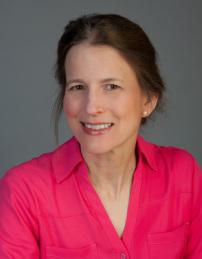 Founder and President of GENDAP.

Beverly Hill founded the Gendercide Awareness Project in 2011 to combat the little-known atrocity of gendercide.  The Gendercide Awareness Project has two objectives:1. to raise awareness about gendercide 2.  to take action by educating at-risk girls in developing countries. Beverly graduated from Duke University with a degree in Economics.  She continued at Duke for graduate work in History and later taught at the University of Massachusetts and the University of Iowa.  Years later, she retrained as a bronze sculptor.  Today, she uses her scholarly and artistic skills to raise public awareness about gendercide. 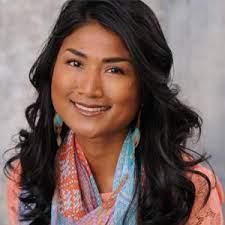 Kalyanee has always been intrigued and inspired by the story of home. Born in Cambodia during the Khmer Rouge regime, which took the lives of nearly two million people, she and her family were forced to flee their homeland, eventually arriving in the United States in 1981. Even to this day her mother recounts stories of their flight through jungles laden with land mines. Her effort to understand home has led her to work on films about war and refugees, about families threatened and displaced by the destruction of their land, about forests and rivers, cultures and traditions, myths and stories. Her film A River Changes Course has won several awards, including the Sundance Grand Jury Award for World Cinema Documentary and the Golden Gate Award for Best Feature Documentary at the San Francisco International Film Festival. For the last four years Kalyanee has been living with Reem Sav See and her family in Areng Valley, located in Southwest Cambodia, and following intimately their way of life, spiritual ceremonies, traditional plants and medicine, and folktales and stories, so deeply connected with nature and that inspire the people of this valley to love and protect their home. The short, Fight for Areng Valley, was featured on the New York Times Op-Docs Series under the title "A Threat to Cambodia's Sacred Forest." Her latest work, Lost World, featured in Emergence Magazine and received The Eric Moe Award for Best Short on Sustainability. She also worked as a cinematographer and associate producer on 2011 Oscar-winning documentary Inside Job. 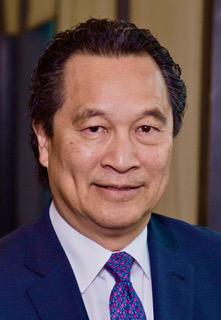 Ken Lee is a retired UPSer after 37 years.  Ken started as a part-time employee while he was in college in 1971.  Ken retired in 2008 as the Vice President of Security for UPS’s International and later U.S. Operations.  He was the first Asian Pacific American (APA) to attain the title of Vice President and was one of the highest ranking APAs at UPS.  A leading activist for Asian community affairs at UPS, Ken was a mentor and role model for other Asian employees and served on UPS’s corporate diversity committee. Ken serves as the CEO of OCA, an Asian advocacy organization that has had a long-term relationship with a number of large multinational corporations across the United States.  Over the years Ken served in several other OCA capacities including the OCA Georgia Chapter President, OCA National EVP and OCA National President.  In addition, Ken currently serves on the Comcast NBC Universal as Chair of the Asian Diversity Advisory Council, member of Charter Diversity Council, member of the AT&T Consumer Advisory Panel and serves on the T-Mobile Diversity Council.

Due in part to his success in his career, his active role in the OCA, and his involvement with many community organizations in the Georgia area, Ken was selected by UPS to be the recipient of the OCA National Asian Pacific American Corporate Achievement Award. Ken was also honored by "Who’s Who in Asian American Communities”, Outstanding 50 Asian Americans in Business and LEAP’s Leadership Award. 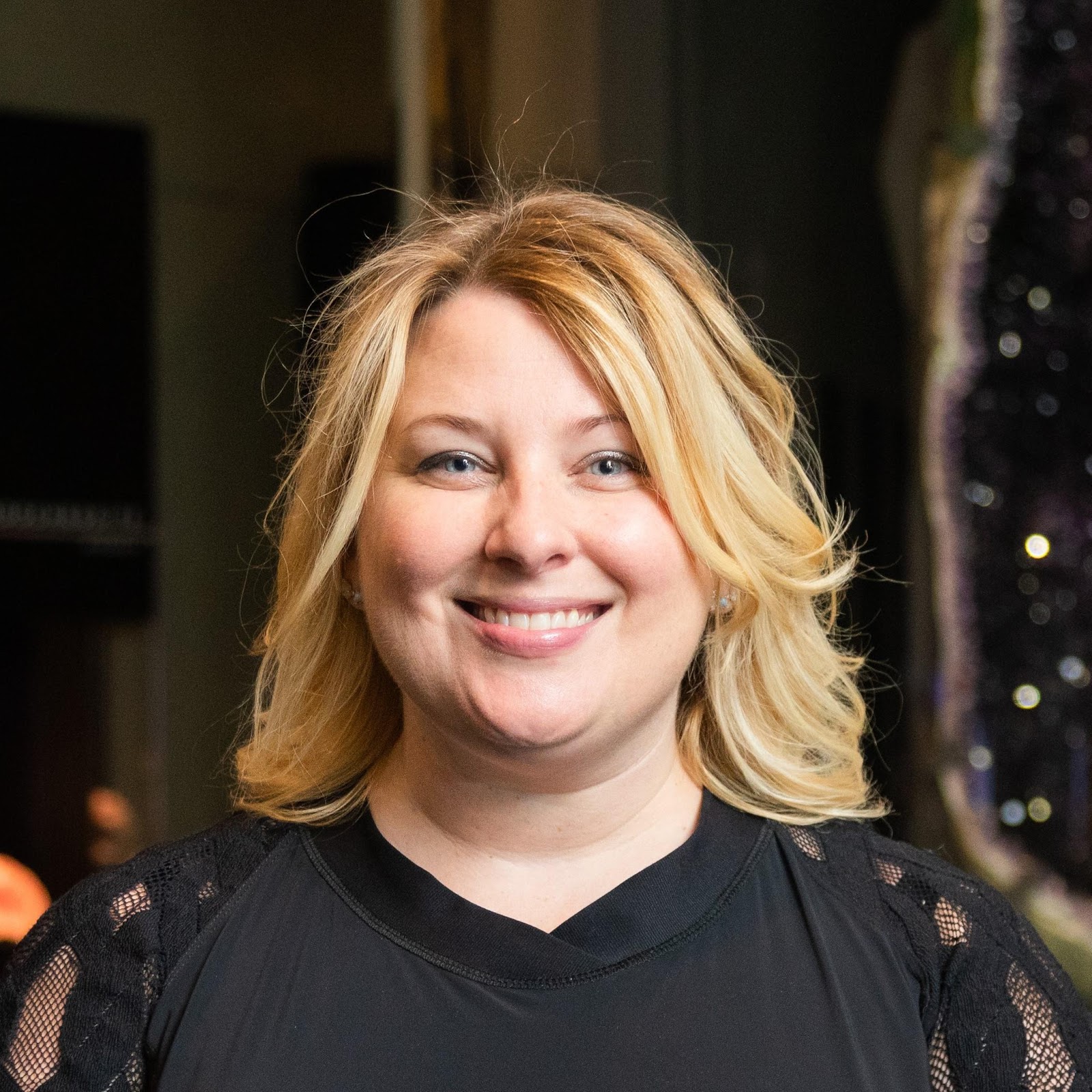 Kimberly Vagner is currently the Director of the Gems and Minerals Center of Excellence at the Perot Museum of Nature and Science. She is responsible for curating the Lyda Hill Gems and Minerals Hall, creating programming specific to gems and minerals, and building partnerships with the mineral and gem community. With over 19 years’ experience in the gem and mineral world, she has worked at the Gemological Institute of America (GIA), David Webb Fine Jewelry, Donna Distefano Ltd., and The Tsavorite Factory. Kim credits her start in the field with volunteering in the Mineral Sciences Department of the Smithsonian National Museum of Natural History. She has a Master of Arts from Parsons School of Design, a Graduate Gemologist certificate from the Gemological Institute of America, and a Bachelor of Arts in International Affairs with minors in Earth Sciences and Art History from The George Washington University. 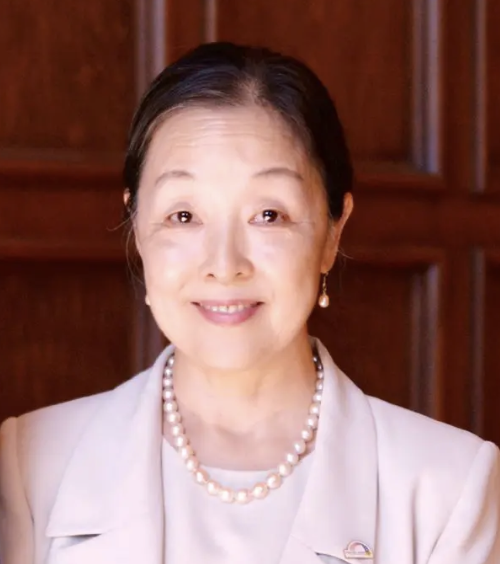 Alice currently also serves as the Community Outreach Manager for the Greater Austin Asian Chamber of Commerce. She is on the Executive Board and Chair of the Nomination Committee for the national 80-20PAC. And, Alice is an active member of the League of Women Voters Austin Area participating in: voter engagement, local and state advocacy, the Voters Guide, and community relations.

Beyond her tireless work in AAPI communities, she is the Asian American Community Liaison to Congressman Lloyd Doggett. Alice is also a long-standing member of the Boy Scouts Central Texas Capitol Area Council’s Exploring Committee, a coed life and career development mentorship program. In addition to her current roles, she was the Internship Program Manager for the Vision New America Foundation (visionnewamerica.org). 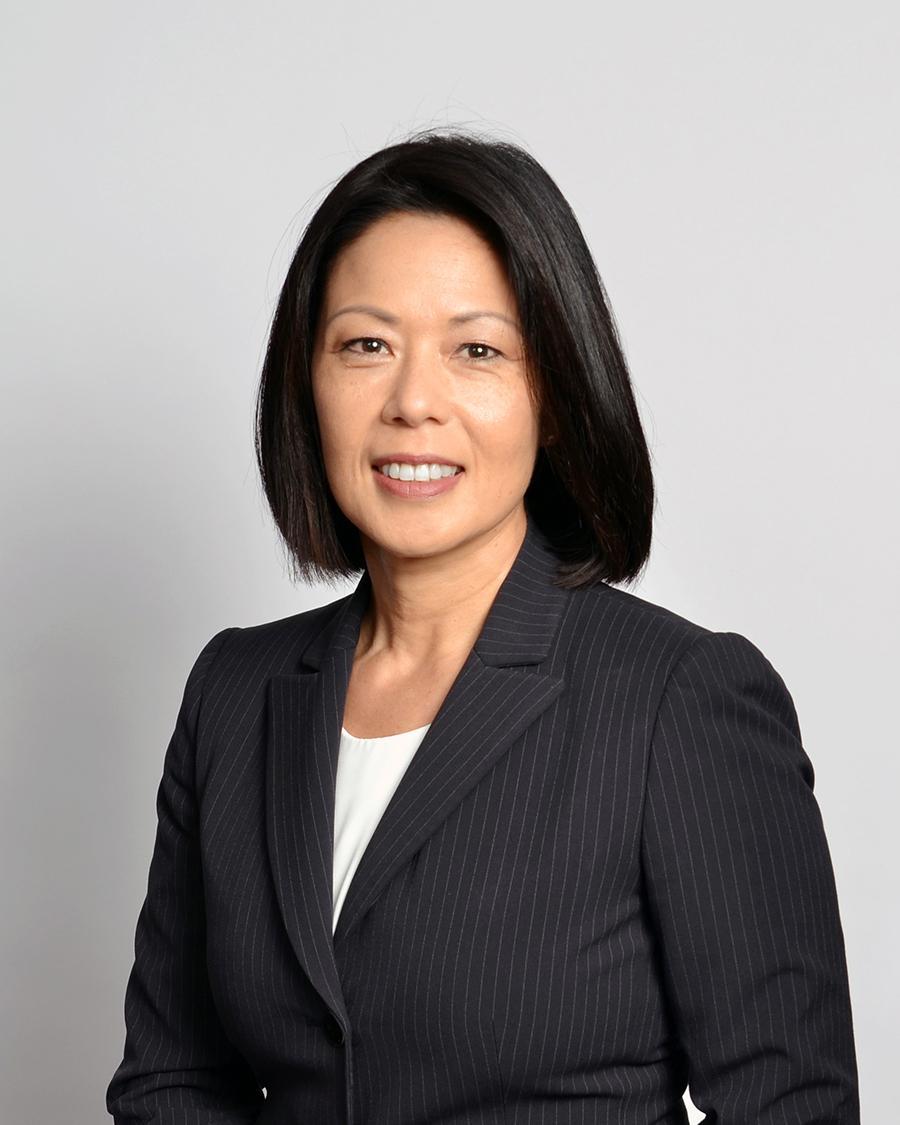 I am an executive leader with a track record leading organizations and customers through digital, cultural and technology transformations.  I have held Global P&L/GM leadership roles leading and transforming consulting, design and delivery technology practices and global IT services. My true passion is to pay it forward.  I serve as an advisory board member for the Nomi Network, a global program that seeks to end human slavery.  I am also an active member of the Texas Women’s foundation Orchid Giving Circle, a charity organization that focuses on philanthropic efforts for the Asian American immigrants.  I am also a proud sponsor of Texas Women’s Foundation that funds empowerment programs for women and girls in Texas such as Women on Boards 2020, Girls Code and many more.   I previously served on the board of Richardson ISD education foundation and National Association for Asian American Professionals (NAAAP). 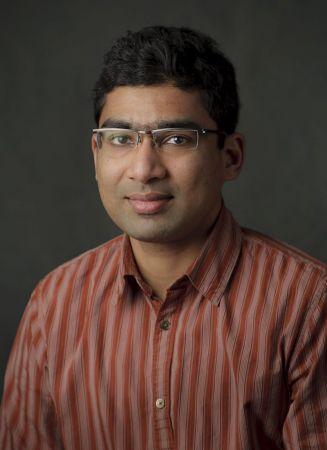 Associate Professor at Lehigh University in the Department of Electrical and Computer Engineering.

He is also affiliated with the Center for Photonics and Nanoelectronics.  His primary area of research is in semiconductor optoelectronics and quantum electronics. Specifically, he pursues research in far-infrared (terahertz) and mid-infrared photonics with quantum-cascade lasers and detectors and nanostructured intersubband semiconductor devices.Sushil's work is at the forefront of terahertz semiconductor 'quantum-cascade' laser technology, and has posted world-record results for high-temperature and high-power operation of such lasers.Kumar performed his Ph.D. research and postdoctoral training at the Massachusetts Institute of Technology in       the field of semiconductor lasers operating in the terahertz region of the electromagnetic spectrum. 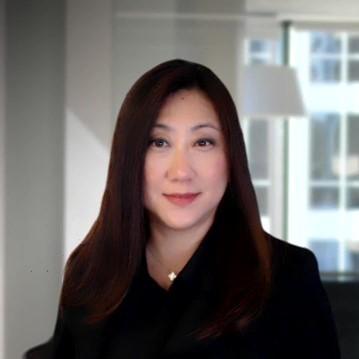 With over 20 years of experience at EY providing assurance and advisory services to global and fortune 500 companies, I have demonstrated my passion in building a better working world both internally within the firm as well as in my local community through the following roles: EY Business Consulting Leader for the Orange County, San Diego, and Las Vegas markets.I lead a high-performing team of 30 professionals to address our clients’ strategic, operational, compliance, and financial risks and to drive growth in the Southern California and Las Vegas markets by being connected, responsible, and insightful.  EY Pan Asian Professionals Network Diversity Executive Sponsor, West Region. Responsible for driving EY’s diversity and inclusiveness initiatives for the West region focusing on developing current and future Pan Asian leaders.