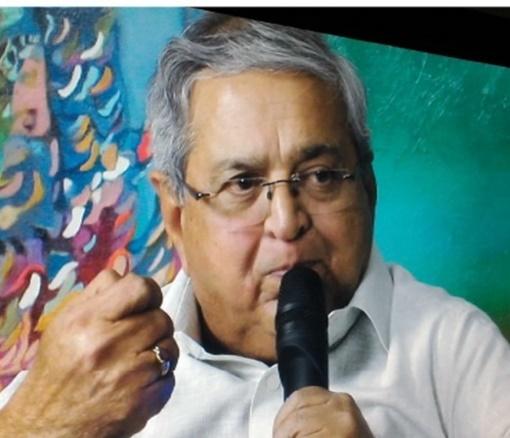 Cinema is a big fat lie, but told truthfully. From Idea to Realization of a film, the process is full of creativity. Very few things can match the sheer creative delight that comes when you watch your film unfold on screen. The path however is filled with heartbreaks as obstacle after obstacle appears. Some obstacles are physical, some appear due to lack of experience and others because of lack of knowledge. There is no complete filmmaker. Some excel in Writing, some in Photography, some can weave magic with their Direction and some can take an insipid film and Edit it into a masterpiece. Sound, Art Design, Music, Costumes, Acting, all lend to make the perfect film. That is why filmmaking is called a team effort. The Film Making Intense Course intends to take an idea from its seed stage and develop it till the final realization as a team in a classroom atmosphere. Every member shall be encouraged to take part in every sphere of filmmaking, find their own feet in what they love the best, but also leave them with a strong background in the other stages of filmmaking. The final project will have the individual stamp of each of its creators and each project will have several versions. So you want to be a filmmaker? Come join us and enjoy the rollercoaster ride to intense satisfaction.

Born in 1949, Mazahir Rahim graduated from FTII in Direction. A multi-faceted personality, Rahim has been equally at ease with Directing Serials, Music Videos, Award-Winning Documentaries and Featurettes, Journalism and Editor for a newspaper.
Trained in Czech Republic for Multi-screen film projects, Mazahir started his career as a journalist for two leading newspapers in Pune – Maharashtra. He went on to write a feature column PINT SIZE THIS WEEK for The Current, published by D.F. Karaka from Bombay. At his stage of life he joined the Film and Television Institute of India and was trained over three years ads a Scriptwriter and Director. In 1970 he reached Bollywood and started making short films. His first film was on the Bombay Police and titled OPERATION 100. His second film was on the WOMEN POLICE OF INDIA. He worked with several eminent Directors and then went on to be Chief Assistant to H.S. Rawail in his blockbuster – Laila Majnu among others. Working with Films Division, Mazahir bagged 2 Prestigious National awards for his films - New Images & Mughal Garden in 81. He also bagged a double nomination for This Is India & Mughal Gardens at the Karlovy Vary Festival in 1983. In Films Division he Directed and Scripted over 80 documentaries
Satisfied with the accolades and recognition he had earned in Documentaries, Mazahir took the plunge into Serials with his debut Direction and Production serial – Aur Bhi Hain Raahen (1986) for DD. This 19 part serial became a runaway success, hailed as a new benchmark and trendsetter for women’s issue programming.
More Success followed with great hits like Maulana Abdul Kalam Azad (1991), a 6 part mini-series, Sunehre Waraq (1990), based on the lifestyles and poems of 5 great Indian poets, Tane-Bane (1990) and also directing sizeable episodes for Sanjay Khan’s epic – The Sword of Tipu Sultan (1991), Parivaar - a 30 episode soap, all for DD.
Among his Telefilms & Featurettes, Agar Aap Chahein (1992) fetched him the Silver Lotus at the National Awards for the Best Short Fiction Film. Jeena Isi Ka Naam Hai (1986) for DD, Chakravyuh (1995), based on the agony of Coal Miners and Nawab Buta (1998), based on the conflicting traditional past and the modern are other features Produced and Directed by him.
Besides this, Mazahir has directed several Music Videos for Merica/Thakral Entertainment and HMV. He has completed a feature film for CFSI, titled Ladli. He has also written the Dialogues and was Associate Director in the feature film Valentine Days. In 2012 he wrote and Co-produced the feature film MANGO DREAMS. This film has won awards at Arizona International Film Festival, MAMI INDIA, Full Bloom Film Festival, CEBU International Film Festival (Phillipines). Reel Asia Film Fesitval, (UK), Dadasaheb Phalke Award, India, Kolkata International Film Festival, India and has been screened at many more festivals around the world. It will be premiered next week at the Melbourne International Film Festival.

In 2007 Mazahir migrated to Canada and has gone on to direct three short films. He also runs a filmmaking course under CRAZY CREATIVES in collaboration with Raindance Canada. Three student films have been produced under his tutelage and the fourth batch of the Bootcamp is presently underway.

Mazahir is also a writer and consultant of Scripts and Executive Producer with Thoughtlab Pictures in Toronto in their web series INVISIBLEME and their feature THIS IS NOT A LOVE POEM.

He has recently completed the shooting of Alphan Pictures short feature NOT FOR SALE. He is the Producer and Writer of this feature.