Animations: The Missing Link in Education

Educators have long relied on words (written or spoken) along with figures (in books or projected) to teach concepts. Animations are incredibly powerful at quickly and intuitively conveying many concepts -- they are the missing link in education. But animations have been largely underutilized, in part due to a lack of tools, and due to the time and talent to build animations. But in the era of the web, animations are beginning to be utilized, to the benefit of learners.

Many topics being learned involve dynamic concepts: How the earth orbits the sun while also rotating, how viruses divide, or how a computer program executes, are all dynamic -- something is changing over time. Teaching dynamic concepts using text explanations and static figures is non-ideal, but was the best authors could do previously with just paper.

In contrast, animations excel at teaching dynamic concepts. Below is an animation of recursion in programming. A function is a program piece that carries out some task. Interestingly, a function can call itself -- known as recursion. Each call creates a new instance of the function, with its own local values. The recursion concept is hard for learners. The below animation of recursion conveys a tremendous amount of information that is hard to convey using text and figures. 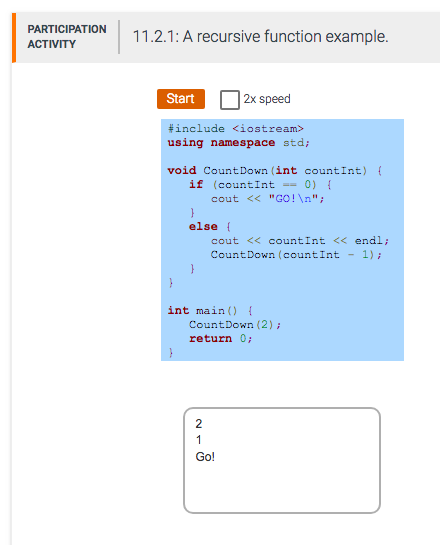 Unveiling and relating items via animations

Many static figures are complex and hence intimidating when first viewed by a learner. And the relationships among items in the figure may be unclear as well. Learners must read and reread explanatory text, and view the figure again and again, to try to build an understanding.

In contrast, animations naturally can unveil and relate items in a figure. The animation can start by showing a few items with an explanation, then add more items with more explanations, etc. And, simple movement can make clear how items relate to one another.   The below animation shows how a finite-state machine (FSM) can be converted to a circuit. The static figure may initially seem complex, but watching the animation (perhaps a few times) helps a learner understand each item and how they relate. 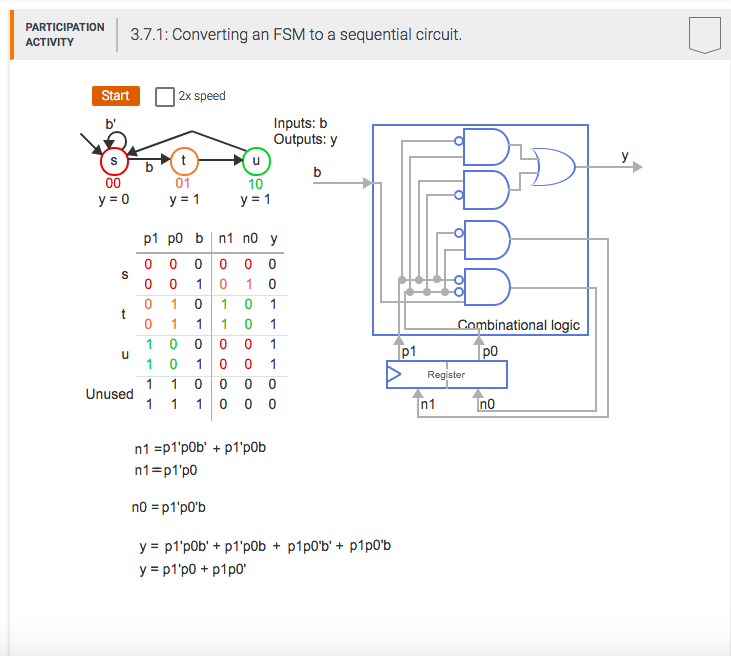 A personal note: My wife and I homeschooled our three kids. Whenever I wanted to teach the kids a scientific topic, like why a plane stays afloat, or how atoms bond to form molecules, I always intuitively sought first for an animation. (Back then in the 1990s, I searched on CD-ROMs of an encyclopedia, and later on the nascent web). I knew that without an animation, there would be a lot more explaining, confusion, and iterating. But I knew that if I could find an animation, the learning would proceed so much more smoothly and efficiently. When I started developing the first zyBook in 2012, animations were one of the two key items of focus (the other being interactive questions) -- in fact, our tagline for the first two years was "Animated interactive learning".