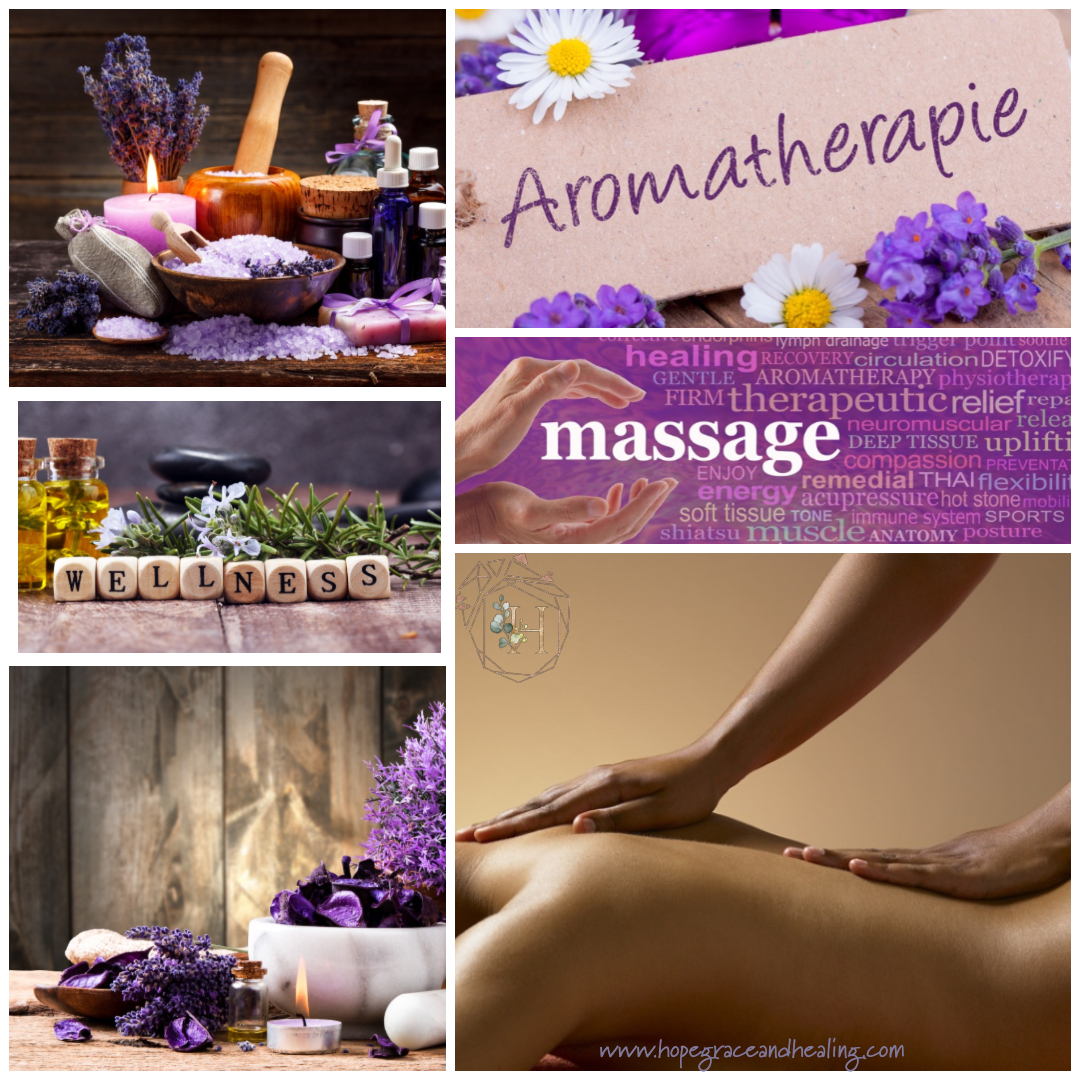 Other Conditions That Benefit From This Type Of Massage        3

Action of Aromatherapy Massage on the Individual Body Systems        5

Why Do People Get Aromatherapy Massage?

Aromatherapy is scientifically proven to affect the limbic system, a region of the brain that influences the nervous system. Research shows promise in relieving stress, stabilizing mood, improving sleep, reducing pain, nausea relief, improving memory & energy level. An important element of aromatherapy is synergy, which is the combining of oils to create a greater effect than one particular oil.

Aromatherapy massage is quite similar to Swedish massage but with the added healing of essential oils! People often get it for muscle & joint issues, chronic condition & pain management, as well as physical or mental stresses.

Other Conditions That Benefit From This Type Of Massage

Each essential oil used bears unique natural chemical components. The properties of these components have the power to create physical, physiological, psychological, emotional, mental, and spiritual changes within the brain and body. There are also oils specific to calming while others are energizing. The following lists some of the therapeutic values for a few of today's most common complaints. There are some real "multitaskers," like lavender, ylang ylang and bergamot oils that treat more than one problem.

Massage is the application of soft-tissue manipulation techniques to the body, “bodywork” therapy and “somatic” treatments are also similar in many ways. Aromatherapy Massage encompasses both Bodywork (various forms of touch therapies that use manipulation, movement and/or repatterning), and Somatic approaches (somatic therapies focus on the meaning “of the body” and its energy channels along with the body/mind connection). Combining these fields of application enable Aromatherapy Massage to off the most popular physical modalities including: 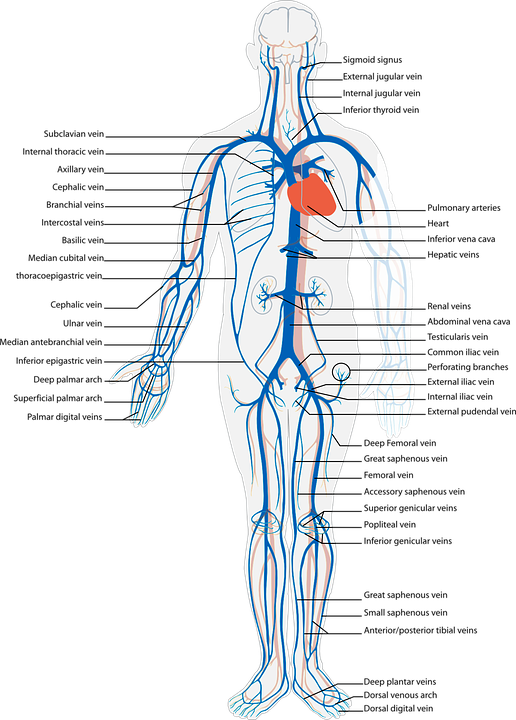 Action of Aromatherapy Massage on the Individual Body Systems

The lymphatic system is not only responsible for the removal of toxic wastes from all parts of the body, but it is also involved in the absorption of fats from the intestines. This important system, along with the adrenal glands and spleen, plays an important part in the immune response, which is the body's attempt to defend itself against disease.

Essential oils, by stimulating the production of white blood cells and other organs involved in the immune response, not only strengthen the body's stand against infection, but through their bactericidal, antiviral and fungicidal properties, they can actually support the body directly by opposing micro-organisms that threaten its defense.

Lavender, Bergamot, Eucalyptus and Rosemary not only stimulate the workings of the body's lymphatic system, but also act directly against a wide range of bacteria and viruses.

The adrenal glands, also important in the immune response, are supported by the oils of Rosemary and Geranium, which also act as a general stimulant to the immune system as a whole.

Cajeput, Niaouli and Tea Tree combine bactericidal, antiviral and fungicidal properties with a particularly powerful stimulant action on the organs involved in the immune response. Although most essential oils possess the above properties to some degree, Lavender, Bergamot, Lemon and Tea Tree are the ones which have the most marked effects in these regards.

The spleen, another organ involved with the immune response, is supported by all the actions of Black Pepper and Lavender, the former also being implicated as a good oil for encouraging a more efficient drainage of lymph, to be used alternatively with Rosemary, if treatment is to be continued over a long period.

When essential oils and massage are combined, a more efficient drainage of lymph is encouraged. Fennel, Geranium, Juniper, Rosemary and Black Pepper being of particular importance here, and as several of these oils are also diuretic in action, they will encourage the excretion of wastes via the kidneys.

Massage offers the most effective therapy for use on the lymphatic system, encouraging lymph circulation and drainage of cells through the body, thus preventing a buildup of toxins in the tissues, which can lead to edema, adhesions or deposits around the muscles and joints, leading to pain, stiffness and loss of mobility, and cellulitis.

The value of essential oils in relaxing and balancing a person, mentally and emotionally, must not be forgotten. During an aromatherapy massage the person will also be inhaling the aroma of the oils and will be influenced by them in this way too. There is a strong connection between the emotional field and the body's immune system, so it is always important to blend the oils accordingly, where a person's immune system may be depressed due to an emotional imbalance. It is a well known fact that the adrenal glands can become exhausted due to prolonged or acute periods of stress, so oils that not only support and strengthen the immune response, but also instill deep relaxation, can be of extreme value in treating this system, Lavender being an excellent example.

The action of essential oils, and also massage, on the various activities of the nervous system form a major part of aromatherapy, as this system more than any other is strongly involved in the mind-body link. As a result, anything that will benefit this system will have a pronounced effect on the organism as a whole.

When massage is combined with appropriate oils, the effects on the nervous system can be quite pronounced. The lightest of strokes can produce a strong relaxation effect through the body as a whole, especially when performed on the more sensitive parts of the body such as the face, hands or feet, areas more liberally supplied with nerve endings. The body will respond to therapeutic touch, and where a person may be lethargic or need energizing, firmer, more brisk strokes could be used. Alternatively, slower, smoother strokes could be used on someone who was perhaps over-anxious and stressed, with appropriate oils to instill calm and deep relaxation.

Essentially, aromatherapy massage can do much to balance the autonomic nervous system, with particular regard to the sympathetic system, which so often predominates in the individual, due to the stressful times in which we live.

The antispasmodic, calmative and digestive actions of essences are well known, herbs and spices having long been used in foods to encourage the flow of digestive juices, and discourage stomach spasms and flatulence. These properties are entirely due to the essential oils that such herbs and spices contain, and it is because of these properties that these oils are still used by many pharmacists of today.

The initial stage of digestion is olfaction, or smell, the very aroma of food stimulating the secretion of digestive juices. In fact, taste plays quite a small part, as our taste buds can only perceive four basic flavors, so the greater part of what we commonly call the 'taste' of food, is actually its 'smell', evidenced by the fact that food loses its taste when our nose is blocked. So it would appear that the digestive action of essential oils is primarily due to their effect via the sense of olfaction.

Essential oils should never be taken orally, but aromatherapy massage and compresses applied directly over the abdomen, offer effective ways of introducing oils into the digestive system. Massage can be given along each side of the spine, from where the nerves, which influence this system, arise. It can also be applied directly over the abdomen, and in this way the digestive system can also benefit from the mechanical effect of the massage itself, as well as the reflex effect and the properties of the essential oils used in the massage. The reflex effect of the massage alone is very noticeable, and the lightest touch on the abdomen will stimulate the peristaltic action of the intestines, helping to move the products for digestion along the tract and assist in the elimination of wastes from the colon.

Massage, through its effect on the nervous system, will also cause an increase in the secretions of the small intestine and its associated glands, thereby aiding the digestion of food. Through this reflex effect, the small arteries in the abdomen dilate, thus increasing the supply of blood in this area and facilitating a more efficient absorption of food elements through the intestines, as well as promoting the absorption and passage of the essential oils used. The mechanical effect of the massage is confined to the large intestine, where clockwise massage movements can physically assist in the passage and final elimination of waste from the colon, presenting another positive aid to elimination and helping to prevent constipation.

The cardiovascular system comprises of the heart and blood vessels.

The effects of massage on the circulation are well established. By assisting and encouraging the flow of blood around the body, massage can greatly reduce the pressure that the heart must exert to keep the blood flowing, particularly venous blood. This effect is produced by the mechanical effect of massage, but the reflex effect, or the body's response through the nervous system, will cause the small arteries to dilate, resulting in a greater volume of blood entering the tissues. This will further reduce the pressure on the heart, essentially promoting a reduction in blood pressure, and therefore also taking strain off the blood vessels themselves, improving their condition.

Massage can be particularly beneficial to this system when it is applied over the dorsal area, guiding the essential oils to the target organs. The oils can also be applied in the form of a compress, which can be placed directly over the heart area. Baths and inhalations are also a means by which essential oils can be introduced into the blood circulation, and therefore the other organs of the body.

Essential oils can benefit the endocrine system in two different ways. Some oils contain plant hormones, known as phytohormones, which are similar in action to our own, and act within the human body in a similar manner, thereby reinforcing or replacing the effects of certain hormones which may be lacking. Fennel, for example, contains a plant estrogen, and can be used beneficially in menopausal and pre menstrual problems, also helping to stimulate the production of breast milk.

The pronounced effect of aromatic oils on the emotions, the nervous system, their aphrodisiac effect, and their effect on the body in general, would seem to indicate endocrine influence, an influence which not only exerts its effects via the glands themselves, the nervous system and a mimicking of our own hormones, but also it would appear on a more subtle level, through the sense of smell. The olfactory area of the brain connects with the hypothalamus, a vital structure which controls the entire hormonal system through its influence on the pituitary gland. The hypothalamus also exerts an influence over the autonomic nervous system, and is the means by which the endocrine system interrelates with this part of the nervous system and vice versa.

The antiseptic, antispasmodic and expectorant action of essential oils is of extreme value in treating disorders of the respiratory system.

Essential oils for respiratory complaints may be given by inhalation, steam inhalation, spinal massage, especially to the cervical and dorsal area, or massage of the thoracic area. Compresses applied to these areas can also be of extreme value. If an asthma sufferer is experiencing a bad attack, steam inhalation should be avoided, as the heat of the latter will increase any inflammation of the mucus membranes and make the congestion even worse.

Essential oils can have a profound effect on the urinary system. 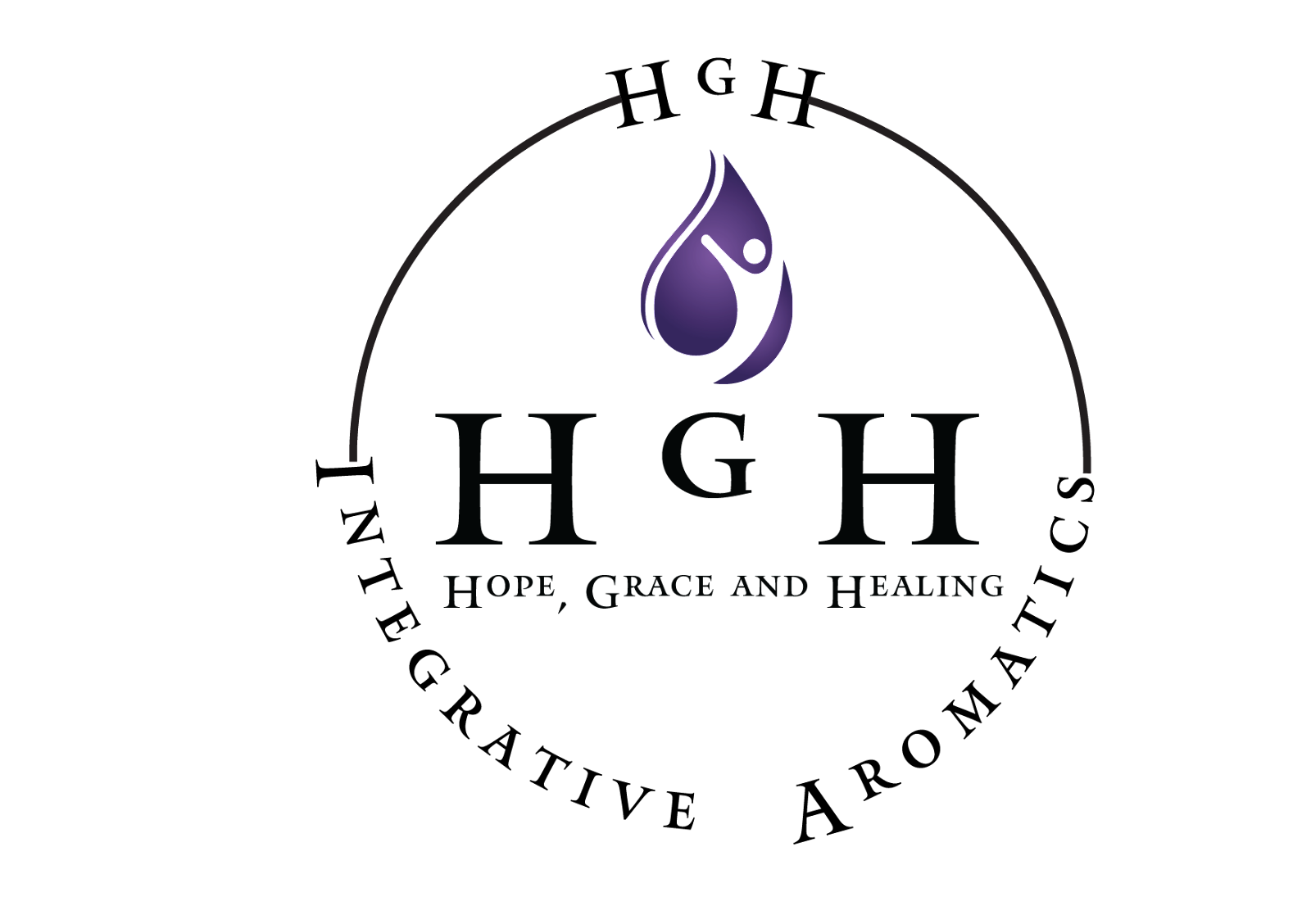