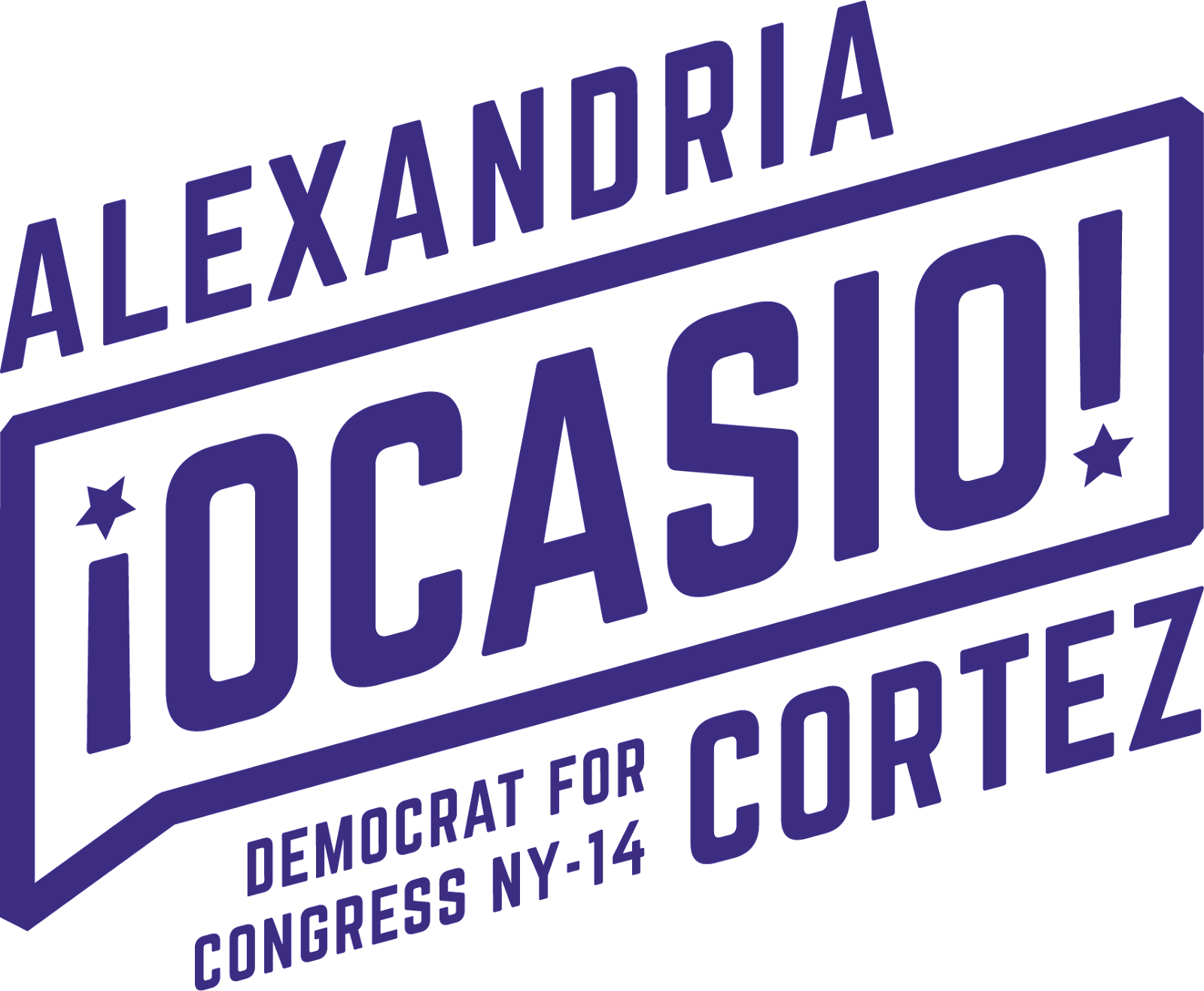 Alexandria Ocasio-Cortez is running in the Democratic Primary for New York’s 14th Congressional District. As a 3rd generation Bronxite, she understands the needs and challenges faced by our community. Ocasio-Cortez is an educator, an activist and an organizer. Endorsed by a number of national and local groups that include, Justice Democrats, Brand New Congress, The People for Bernie Sanders, and the Democratic Socialists of America, Ocasio-Cortez is running a people-funded campaign and rejects any and all Corporate PAC and lobbyist money. Some highlights from her expansive platform include: improved and expanded Medicare for All, tuition-free public university and trade school, affordable housing as a human right, a federal jobs guarantee, a “Green New Deal”, and a path to citizenship for the millions of undocumented Americans living in fear. Alexandria Ocasio-Cortez is ready to get to work rebuilding her community, her country, and the Democratic Party. She will bring the energy and ideas needed to reverse the decades long losing streak that has seen the Democratic Party lose both chambers of Congress, the Presidency, dozens of Governors mansions, and countless state legislatures. Vote for a new direction on November 6th. Vote for Alexandria Ocasio-Cortez.

Upcoming events Events with a star feature the candidate. Contact to confirm.

Alexandria-Ocasio Cortez is a third-generation Bronxite, educator, and organizer mounting an historic grassroots candidacy in the Bronx and Queens. Ocasio-Cortez grew up experiencing the reality of New York’s rising income inequality, inspiring her to organize her community and run for office on a progressive platform rejecting Corporate PAC funds.

As a member of a large Puerto Rican extended family, she saw the differences in the education and opportunities available to family members living in the Bronx versus family living in Westchester County. After graduating Boston University with degrees in Economics and International Relations, she worked in the office of the late Senator Ted Kennedy, seeing firsthand the heartbreak and family separation caused by the unaccountable tactics of ICE.

After this, she was passionate about returning to work with Latinx youth in the Bronx and across the United States to eventually work as an Educational Director with the National Hispanic Institute, a role in which she helped Americans, DREAMers and undocumented youth in community leadership and college readiness.

Following  the financial crisis of 2008, tragedy struck when her father, Sergio Ocasio-Roman, passed away, forcing her family to sell their home. Alexandria pulled extra shifts to work as a waitress and bartender to support her family during this time, deepening her commitment to issues impacting working-class people.

During the 2016 presidential election, she worked as a volunteer organizer for Bernie Sanders in the South Bronx, expanding her skills in electoral organizing and activism that has taken her across the country and to Standing Rock, South Dakota to stand with indigenous communities, then back to New York’s 14th Congressional District to launch her people-funded, grassroots campaign for Congress. 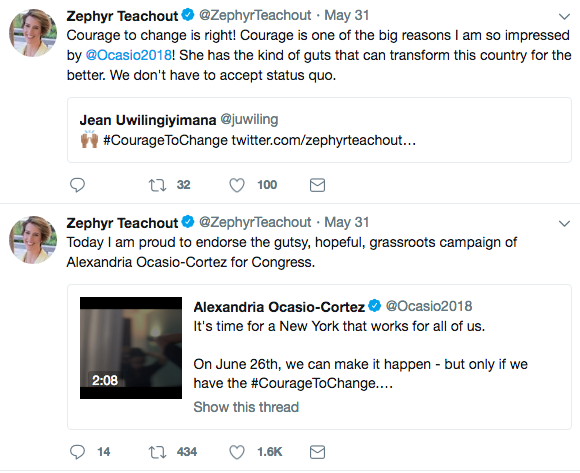 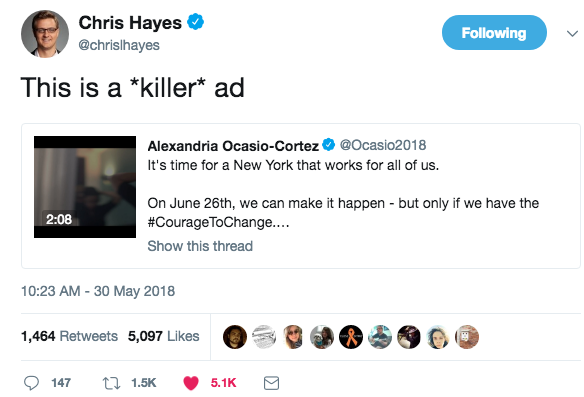 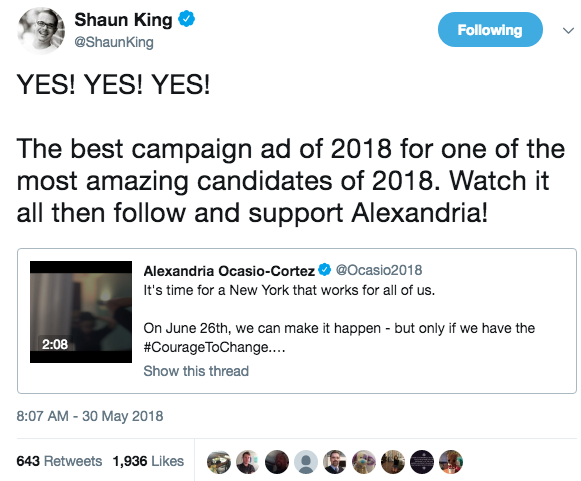 Alexandria’s campaign has been officially endorsed by the following

Democratic candidates call for elimination of ICE at political rally

Stacey Abrams Didn’t Play It Safe. Neither Do These Female Candidates

A Primary Against the Machine: A Bronx Activist Looks to Dethrone Joseph Crowley, the King of Queens

More 2018 Candidates Are Calling To Abolish ICE Under President Trump

Talking With Alexandria Ocasio-Cortez, the Woman Challenging One of New York's Political Kingmakers

Why Democrats Should Embrace a Federal Jobs Guarantee

Queens is 'very fertile ground' for an upset

Knock Down the House Documentary