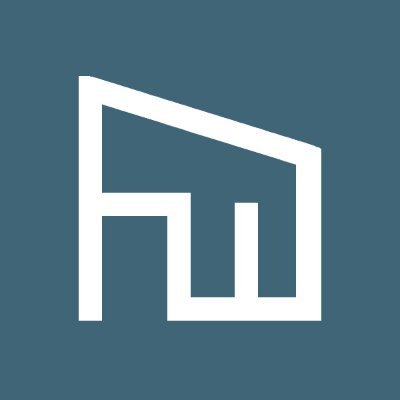 Bauer, Catherine [1934]. Modern Housing. 1934.
http://bit.ly/Bauer_Modern-Housing1 [60MB PDF, assembled from page scans available at Internet Archive].
A landmark work focusing on European social housing post-WWI, by one of the most influential housing reformers of the 20th Century.

Carter, Leighton. "The Slum of All Fears: Dickens's Concern with Urban Poverty and Sanitation." article in Brown University's Victorianweb.org, 2007.

"This report presents a comprehensive evaluation of the section 236 program; compares section 236 to many other Federal programs; and discusses investment incentives, program equity, subsidized tenants and program impact. The 236 program has succeded in providing nearly half a million housing units to an income group which is now largely excluded from housing assistance. It contains recommendations to the Congress and the Department of Housing and Urban Development which would assure that moderate income households receive a reasonable share of future housing assistance."

Curl, James S. (1983). The life and work of Henry Roberts, 1803-1876: the evangelical conscience and the campaign for model housing and healthy nations. Chichester: Phillimore, 1983.

Abstract:
"This article addresses the improvements made to the housing and sanitation conditions of Liverpool’s working-class poor through a series of municipal initiatives between 1842 and 1890. In the vanguard of municipal social responsibility initiatives nationally, the Corporation of Liverpool rejected prevailing laissez-faire attitudes, setting a benchmark for sanitary improvements before clearing slums in order to construct the country’s first purpose-built council housing. With regard to the latter, the Corporation initially sought to stress its role as being one of educating the private sector as to what might be achieved, rather than becoming a long-term provider of social housing. In the twenty years after 1866, that which had been conceived as a model became a stated policy objective. While laudable in intent, the existing framework of limited local governance meant that only the smallest percentage of working-class residents was directly aided. As the article concludes, further progress was only made once the issue of housing provision was allied to that of rentable values charged. This was a policy development dependent upon national legislative changes and thus one upon which Liverpool Corporation could not act alone."

Kay, James Phillips (1832). The moral and physical condition of the working classes employed in the cotton manufacture in Manchester. https://archive.org/details/moralphysicalcon00kaysuoft/.

Lubarsky, Zack. "#SocialHousing." Blog post, 23 April 2018.  http://hashtaghashtag.org/blog-1/2018/4/22/socialhousing.
"What if the city instead buys apartment buildings on the open market, and rent them out to pay back the municipal bonds?" brief financial analysis using Seattle.

"Now, when French developers build subdivisions or condo projects, nonprofit housing corporations enter into turnkey contracts with the developer to buy blocs of apartments or houses, up to a maximum of 50 percent, of the units in the development. Based on those contracts, the nonprofits apply for a package of government loans, grants, and tax breaks so they can both buy the units and make sure they remain affordable. When the projects are completed, the nonprofit buys the units and operates them as affordable rental housing."

Roberts, Henry. (1850, 1855, 1867). The dwellings of the labouring classes, their arrangement and construction: with the essentials of a healthy dwelling. London: Society for Improving the Condition of the Labouring Classes. 1855 2nd edition: https://archive.org/details/dwellingslabouringclasses/. 1867 revised and augmented edition: https://archive.org/details/dwellingsoflabou00robe/.

Royal Commission on the Housing of the Working Classes, 1884-5 - Report.

Tarn, John Nelson. Five Per Cent Philanthropy: An Account of Housing in Urban Areas Between 1840 and 1914. Cambridge University Press, 1973.
https://books.google.com/books?id=yCQ9AAAAIAAJ.

UK House of Commons. short history of over a century of social housing from the House of Commons Library. http://www.parliament.uk/business/publications/research/olympic-britain/housing-and-home-life/build-it-up-sell-it-off/.

Whitman, Walt. "Wicked Architecture" (Life Illustrated, July 19,1856) - mainly about dwelling-houses. Part II from a series, "New York Dissected". This was unsigned, but has been attributed to Whitman by scholars. https://whitmanarchive.org/published/periodical/journalism/tei/per.00270.html. On Image 5 of the scanned page images listed.