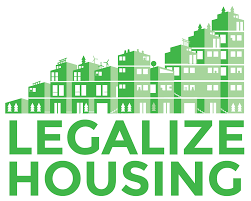 We are writing to express our support for the Climate Emergency Action Plan which will be under consideration at the next Council meeting.

It is obvious that the recommendations in the report are well researched, costed, and reflect Staff’s extensive consultation efforts. It is a multi-layered and mostly comprehensive approach. All of the approaches detailed in the plan are essential to meeting our climate targets. We do however have a few criticisms of the plan.

We are concerned about how the GHG reduction targets are determined in the first place. While it makes sense at the international and the national levels to target an absolute reduction in emissions, a relatively small municipal population, especially one that is only a part of much larger urban metro, has to consider the possibility of perverse knock-on effects of the regulations and costs it imposes which may increase emissions outside its boundaries. For this reason, we believe that the emissions reduction target should be referenced to the specific level of population/household and job growth expected by 2030, and the reduction target should increase further (i.e. the City should aim for lower emissions) if these growth expectations are not achieved. Likewise, the target should be relaxed somewhat if assumed population growth is exceeded. The rationale for this is fundamental: there are very few jurisdictions in Canada or the US where a household’s emissions will be lower than if the same household lived within Vancouver. If Vancouver were to achieve its emission reduction target by reducing population growth, then not only would we be “cheating” by pushing emissions outside our jurisdictional boundary, we may well be increasing emissions overall. For example, Vancouver is in competition for tech-industry jobs with cities like Toronto, Calgary, Seattle, Phoenix, and Houston; think of all those freeways and all that air conditioning! Vancouver’s growth has been mostly transit-friendly in recent years, but the same cannot be said of the rest of the metro. 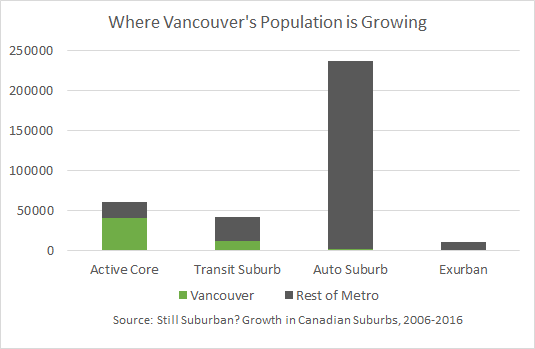 The action plan has many well-considered, offsetting (“carrot and stick”) policies, such as public and active transit improvements combined with congestion pricing for private motor vehicles. Congestion pricing is expected to be implemented in 2025, which gives ample time for public engagement, refinement and implementation of alternative commuting options, while also allowing several years for the disincentive effect to change commuting habits and reduce emissions before 2030.

Council’s greatest regulatory lever though, — and this is especially true of an in-demand city like Vancouver, — is its authority over land use. And here the action plan is deliberately vague and overly complacent. When it comes to embodied emissions, it’s worth noting that Vancouver could have a development pipeline chock full of code-compliant 12-storey mass timber condo and rental buildings, yesterday, if our regulatory process was not so moribund and resistant to change. We could have re-legalized 4-storey wood-frame apartments in most of our residential zones anytime in the last 100 years or so. Instead, despite having declared a climate emergency, about 55% of construction (by floorspace) is still single-family detached houses, typically replacing old single-family detached houses (the most carbon intensive form of housing), with little or no net gain in units to relieve our continuing housing crisis, nor to justify the emissions from construction.

The reason our embodied emissions and transit emissions are so high is not because of Exxon, nor Lafarge, nor any market forces; we simply choose to maintain regulations that outlaw more efficient compact communities out of a comfort with the status quo, and despite overwhelming consumer demand for greener housing options. For example, the new secured rental policy for transition areas, according to the proposed regulations presented in the most recent online consultation, represents only a tiny incremental change, mostly an aspiration for process streamlining, from the Affordable Housing Choices Interim Rezoning Policy that was in effect from 2012; and despite the expressed outcomes in the CEAP report, does not significantly expand the eligible “transition areas” near parks, schools, or anywhere else.

The CEAP report does a very good job of explaining why Big Move 1 (complete walkable/roll-able communities), is essential to the success of the action plan, reinforces the other Big Moves, and provides economic and health benefits while reducing cost-of-living to residents, and includes the construction of additional housing. We also recognize that current area planning activities, such as Broadway and Jericho, are being carried out with this goal in mind.

However, having 90% of the population living in walkable communities by 2030 is an ambitious goal, and we read with dismay that the timeline for overall action on this ambitious goal is to receive recommendations sometime in 2024. While it is not clear whether these recommendations will be bylaw changes ready for immediate implementation, the language suggests that they will not be. Anyone who is at all familiar with the development process in Vancouver, including and especially yourselves, is well aware that the pathway would typically be:

It would be a fun game to bet on whether a single shovel will be in the ground as a result of these 2024 policy recommendations by 2030; but it is assuredly safe to say that basically no building of note will be constructed and operating 6 years after an initial policy recommendation.

For all of the reasons above, we strongly urge Council to revise the recommendations from Staff, and direct that meaningful city-wide recommendations be submitted to Council, in the form of zoning bylaw changes recommended for referral to public hearing, by 2022 at the latest, that can be expected to meet or exceed the 2030 Big Move 1 goal. Given the interlocking nature of the proposed emergency actions and residents’ need for convenient transit options, it is critical that this goal does not go unachieved because of an overly cumbersome planning process. We believe that this is also more in keeping with residents’ expectations of the Vancouver Plan timeline coming out of the last election. Most importantly, without some improvement on the proposed timeline, we do not believe that the action plan overall is credible or politically achievable, given the great need for related investments in areas such as public transit.