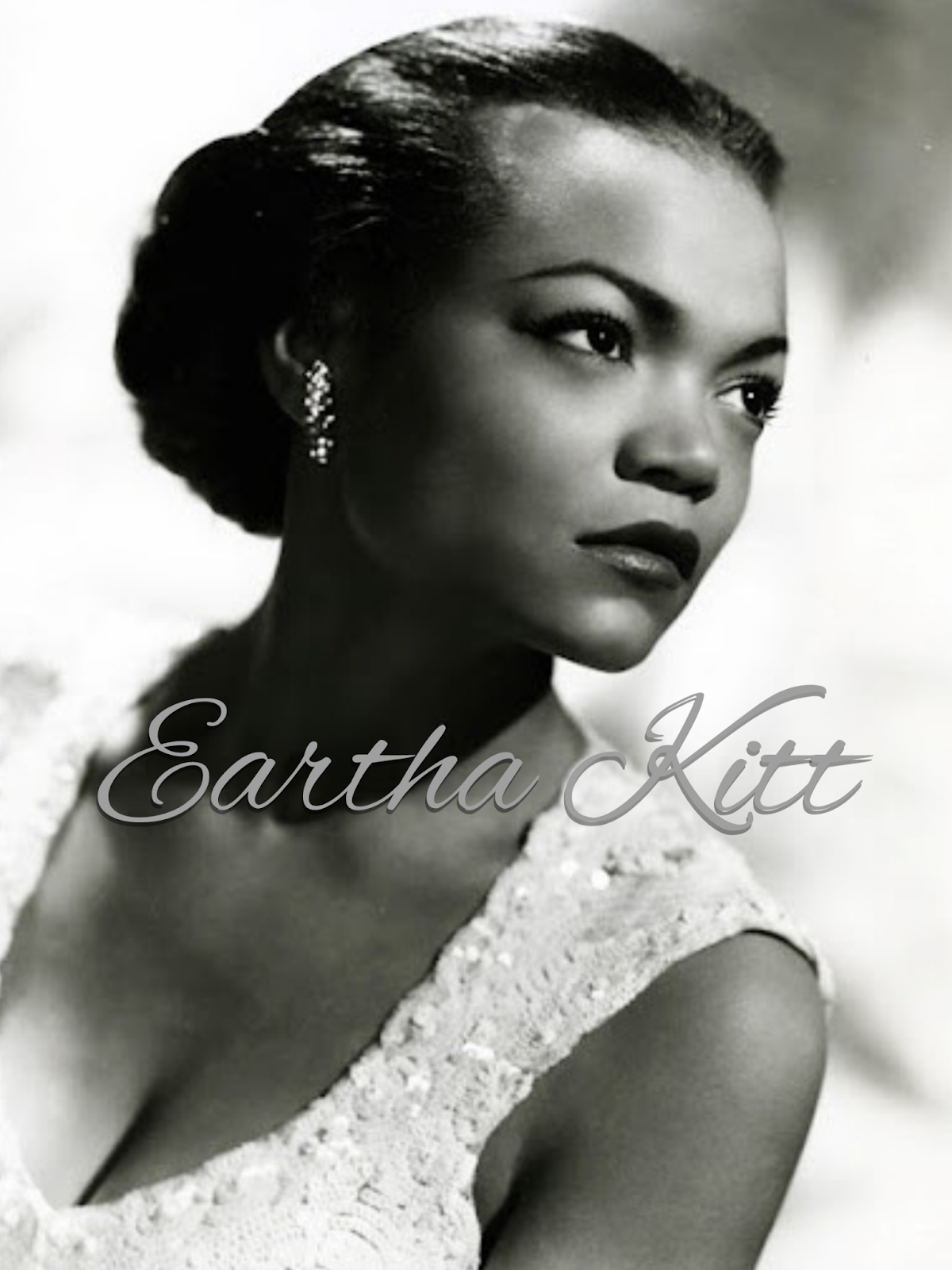 The incredible Eartha Kitt is one figure that I view as a hurricane within not just the literary world but also the activist, and her talent goes far beyond the “triple threat” moniker due to her undeniable talent for song, songwriting, dance, acting, voice acting, and comedy. It was surprising to see the struggles she went through on my journey to better know such a remarkable woman. I find myself saddened that I only knew of her in the shallowest way, via her songs, until now. She was a dynamic force within the world, paving the way for not just women everywhere, but more specifically those within the black community who had been and still are the victims of systemic racism, inequality, violence and brutality, and economic prejudice, among many other things. Her involvement in activism knew no bounds, from her speaking against the Vietnam War at the White House Luncheon when then-current President Lyndon B Johnson was in office to being a vocal advocate for same-sex marriage and LGBTQ+ rights.

Born Eartha Mae Keith on a cotton plantation near a small town in North Carolina, her mother, Annie Mae Keith, a sharecropper, was of Cherokee and African descent. It’s believed though not proven that Eartha was the product of rape from the plantation owner’s son. Her step-father subjected her to racism due to her light skin. Wanting nothing to do with her, he sent her to live with her aunt. Imagine being sent away from your own mother because the black man she had chosen to be with deemed you “not black enough”.

This experience shaped her further as her aunt Rosa’s household was incredibly abusive toward her. After her mother’s death, she was again uprooted from her perceived home to live with a relative named Mamie Kitt. There is chatter about Mamie being her biological mother, but nothing has been proven, and I prefer to not take part in conjecture any further.

Eartha’s impact isn’t only felt in her activism work. It can also be seen in the pioneering entertainer who broke race and sex barriers via her choice of movies, sending shock waves through the world’s audiences. Her portrayal of Catwoman in Batman, replacing Julia Newmar, saw the first woman of color and black woman take on the part. This no doubt makes Hallie Berry’s Catwoman portrayal that much more astonishing. Eartha Kitt started to pave the road and Hallie came around in glorious fashion to finish the paving of said road. Her rendition of Helen of Troy on Broadway set into motion a tidal wave that I don’t think the world was entirely prepared for but desperately needed.

Equality, justice, liberty, and peace for the underprivileged were the core of Eartha’s heart. She worked tirelessly to help society take strides forward via her involvement with several organizations and groups. These include the Women’s International League for Peace and Freedom, a non-profit organization she created called Kittsville Youth Foundation, and a group of youths in D.C. who called themselves “Rebels with a Cause”. She testified on behalf of them to Congress for funding to clean up the streets, create recreation areas, and further improve their city. Rebels with a Cause started a movement that resulted in the planning, rehabilitation, and prevention of juvenile delinquents, and they acted as models of what can be done for delinquents nationwide.

Her biographies touch on a multitude of experiences in her life, the lessons she learned from each, and discuss her powerhouse abilities to light the way for a very lost and morally bankrupt nation. Gems that shine as bright as her don’t show up every day, and when we lose such a beautiful soul, it is a sting that echoes around the world for generations to come.