This is the testimony of Bruce Phelps. 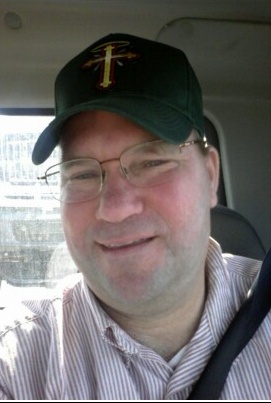 Before I start, I want it to be known, that no one in this testimony except me is to blame for how I acted and the things I did. Family or friends. I let down my country, my wife, my kids, my parents, and so many other friends and family.

I was born in 1956 to, two great parents. I grew up not necessarily in a Christian home.  As my parents rarely went to church, or mentioned the bible for that matter. I would like to mention here, they must have known “Proverbs 13:24” pretty well. I was well acquainted with the ROD!

I was allowed to go to church myself when I wanted to, primarily by walking or riding a bicycle. My older brother and I rode bicycles all over our neighborhood..  The church I remember most was Airline Manor Baptist, 610 E Parker Rd, Houston, Texas. The most I can remember was, I was baptized there, and they sure had some great meals.

I had 4 siblings two older and two younger as I grew up. I considered our family were probably lower middle class. I grew up mostly at 906 E. Parker Road, Houston Texas till about the middle of my 6th grade. We then moved to Oklahoma. 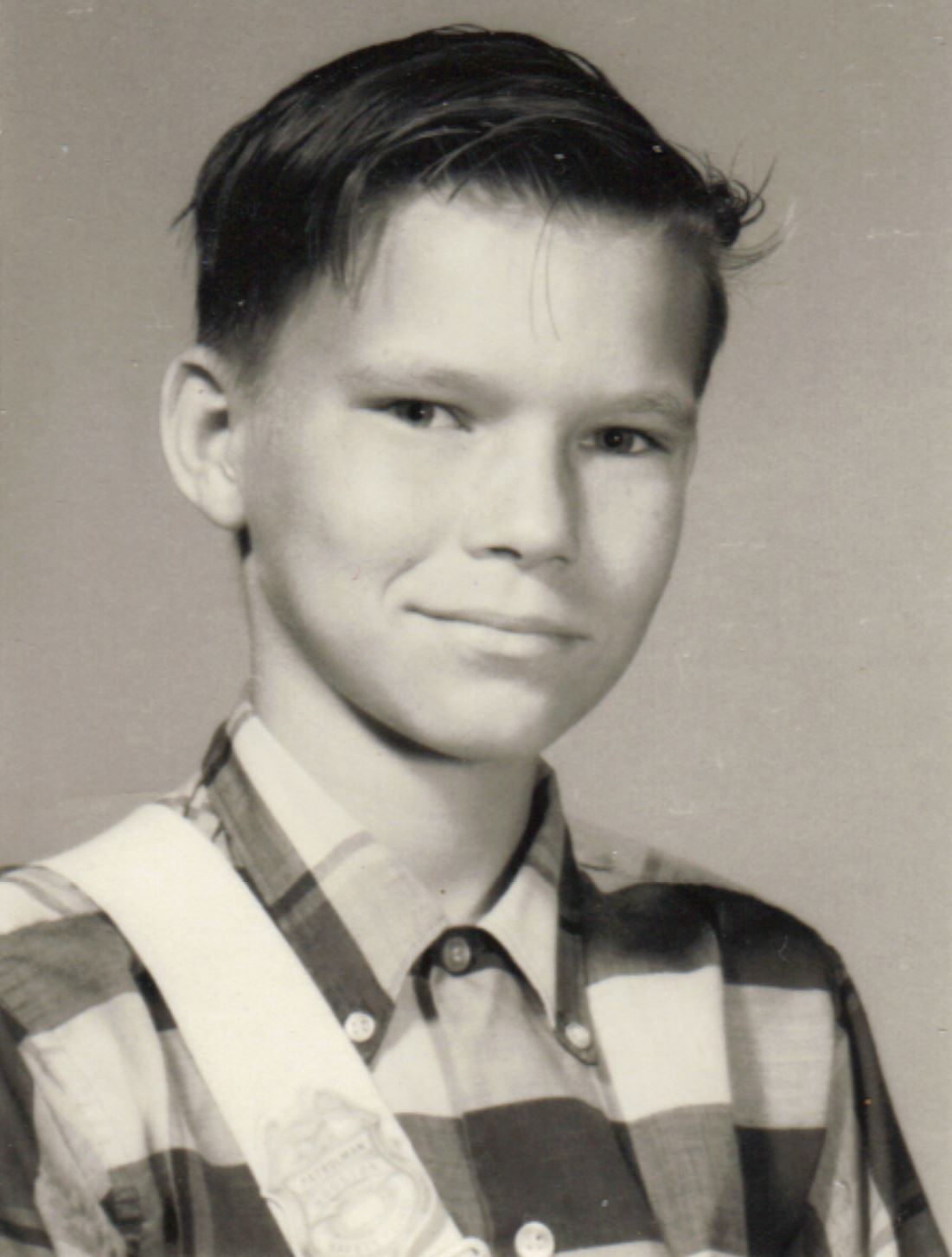 My parents were not mean parents, they did drink a little and smoked cigarettes a lot in our home. I think that didn't seem like a big deal back then. My parents fought with each other quite often. They did separate a few times while I was growing up.

And even though I thought myself a good person, I really wasn't a very honest person. I was a big liar and a thief.  Nothing I'm proud of as I reflect back. I stole things as small as newspapers all the way up to a brand new farm tractor one time. Boy I can't believe I told that! I told so many lies when I was younger, I could not believe myself, even when I talked to myself.

I started stealing early in life, I imagine I was probably about 10. My Dad used to send me Sunday mornings often to a convenience store (I remember it was nicknamed “High Store” by my parents) to pick up a newspaper. I would walk past the neighbor's house, take their paper, that it been thrown buy a newsboy, hide it on the way to the store. Then purchase soda and candy with the quarter, that I had to purchase the paper. And then on my way back home, I would retrieve the neighbors paper, remove the wrapping on it, then deliver it to my Dad. I had quite a scam going on. Some point I got caught. Then “Proverbs 13:24” kicked in.

Another scam, I was so proud of back then. Anyone, any age could purchase cigarettes. I would volunteer to go to the store for my parents and pick up their smokes for them. I believe a carton was around 3 bucks back then. Well this one store in particular kept their cigarettes shelved on a wall, after one went through the register. A person was supposed to go to the register, announce what brand and quantity they were buying, pay, then pick out the purchase upon leaving the store. I got very good at purchasing something small at the register, walk over to the wall where the cigarettes were, pick out the carton of Pall Malls, slip it under my arm, not hiding it, and walking out of the store. I remember 3 dollars back then would buy you quite few burgers at Jack-in-the-Box. And the list goes on and on!

I wasn’t that good in school, I did only enough to pass. And actually I failed second grade. I had to take it over again. I would lie to my teachers about getting my report card signed by my parents, then lie to my parents about the teacher not issuing me a report card. In my high school days, in Oklahoma, I was in trouble lots of times either fighting one fellow in particular, or in trouble talking in class often. I am pretty sure I had ADD way before that was a household word. I played hooky 2 or 3 times a school year when I was in high school. Yes back then the school believed in “Proverbs 13:24” as well.

I occasionally went to church in my teen years because of interest in a particular girl. Not because I was interested in what the LORD done for me. 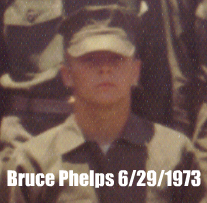 I came home from school one day, I believe I was in the tenth grade, and found out my Mother had signed my older brother up in the Army. He was already gone, by the time I and my other younger siblings knew it.  Mom  favored my older brother over us younger ones. So I started begging my Mom to sign me up as soon as I was seventeen into the Marine Corps. In 1973, I quit school and went to San Diego for boot camp. I didn’t have a clue what I was doing. Lucky for me President Richard Nixon, called all soldiers home from Vietnam while I was in boot camp. After boot camp I was stationed at Camp Pendleton California. Where I signed up for truck driving as my MO. After all that is what my Dad did most of his life truck driver.

As soon as I got out of that training in the Corps, At seventeen I  convinced my Dad to be an adult signer, for me to marry my girlfriend from Oklahoma, Seventeen was still to young to marry in Oklahoma, so we had to drive to Texas for that. I moved her to California with me, we started a young new life. But soon, the Marine Corps told me I had to go to Okinawa Japan, for a tour. And spouses weren't allowed to go. That made me angry, and being the Christian man I wasn’t, I showed Uncle Sam, I went A-wall. I took my bride and we went from relative to relative for as long as they could stand me. And of coarse being the liar I was, I convinced them, that Uncle Sam just let me leave as I pleased. I had no GOD and no conscience of wrongdoing. After wearing out my welcome at friends and relatives, my wife and I went back to Oklahoma, and I just lied to everyone, even employers, about my past. Back then no one looked at your credentials, I would make up a social security number and go to work. Someone in this world was credited with my working under their social security number. 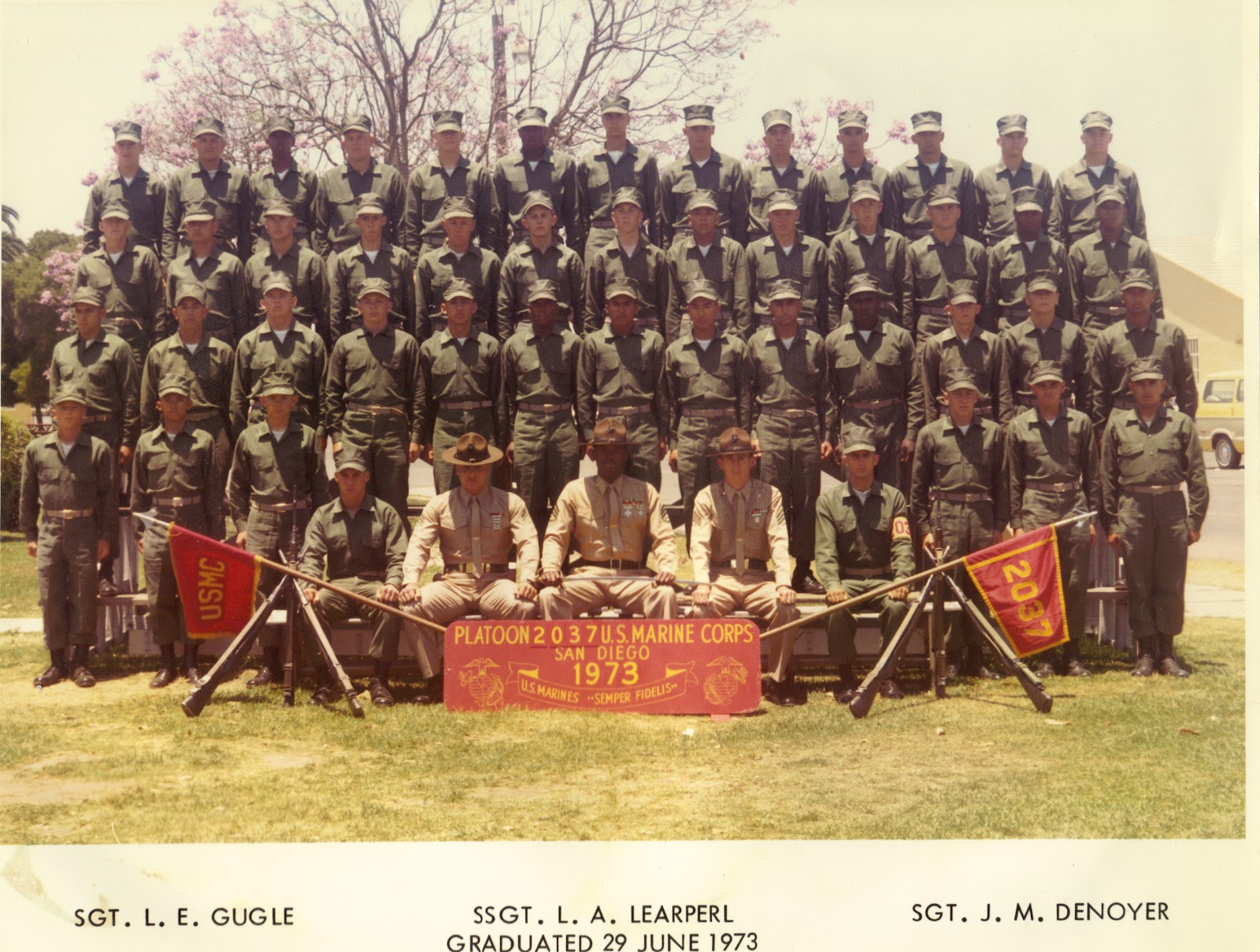 Soon the Marines came looking for me, handcuffed me and took me back to California. They at first would scold me, and release me back to work. I would catch the next flight I could back to Oklahoma. I think they came caught me twice. The third time they sent the FBI. After many lies to the Corps, and many run-a-ways, they decided to offer me an undesirable discharge and let me go home for good. 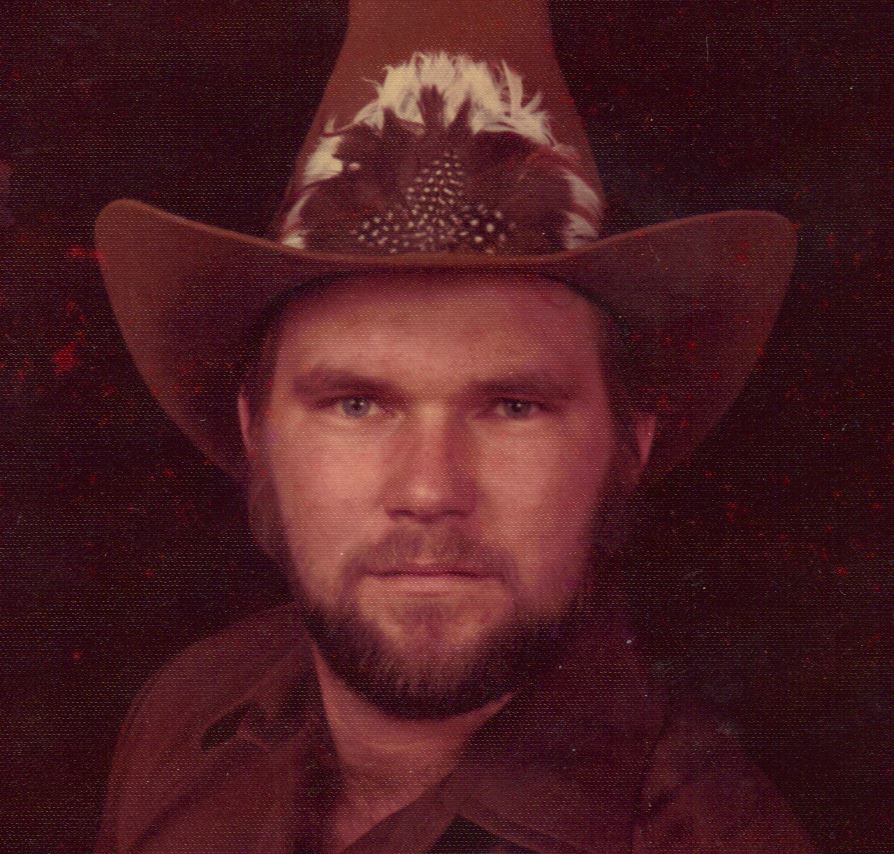 Back then you had to be 21 to get a commercial drivers license, to drive a truck. I remember waltzing into a mobile home sales lot, that was advertising needing a driver. I lied to him, about my age and license,I was 19 and had no commercial license. He must not cared, I was hired to pull 14 foot wide by 80 foot long mobile homes all over western Oklahoma and Texas panhandle, just because I was a lair. That started my trucking career after the service. 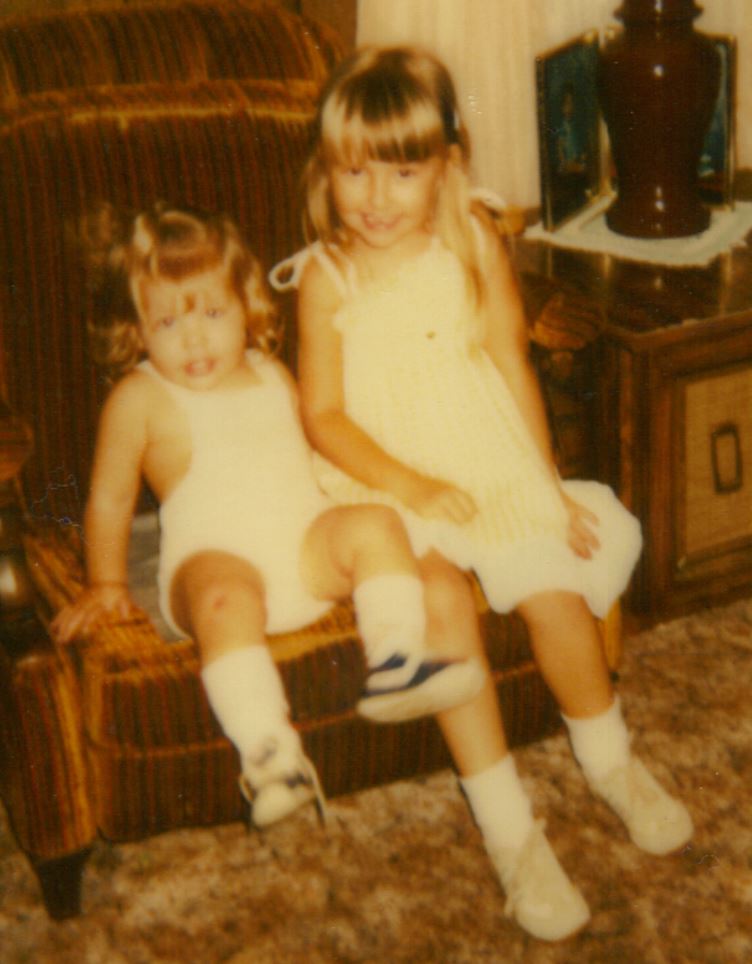 From discharge in mid 1970s days till about the mid 1980s, I ran around on my wife, lied to her, and drank quite a bit. I did no drugs, but did my fair share of drinking. At least that was the lie I was telling myself. My wife and I had 2 daughters, and a pretty decent lifestyle from my trucking career and alternating to the oil fields. Then another lie, I convinced my wife to divorce. It was all me, she was a good woman, wife and Mother to our daughters. I was the one who lied to her and myself again. Another one of my knucklehead moves. Still I had no GOD in my life.

I soon met my current wife, of over 32 years now. She encouraged me to seek the LORD, and go to church. I started my first over the road trucking job, and we were both soon married. It was her dream to be a professional over the road truck driver too. So while we were married, I taught her to drive trucks too. We would occasionally drop in on a church. But we let the road and job be our LORD. After she felt confident enough to drive big trucks on her own, we both lied to a major trucking company about experience in order to get hired on as team drivers. We drove for several trucking companies, we were pretty sure the grass was greener at the next gig. 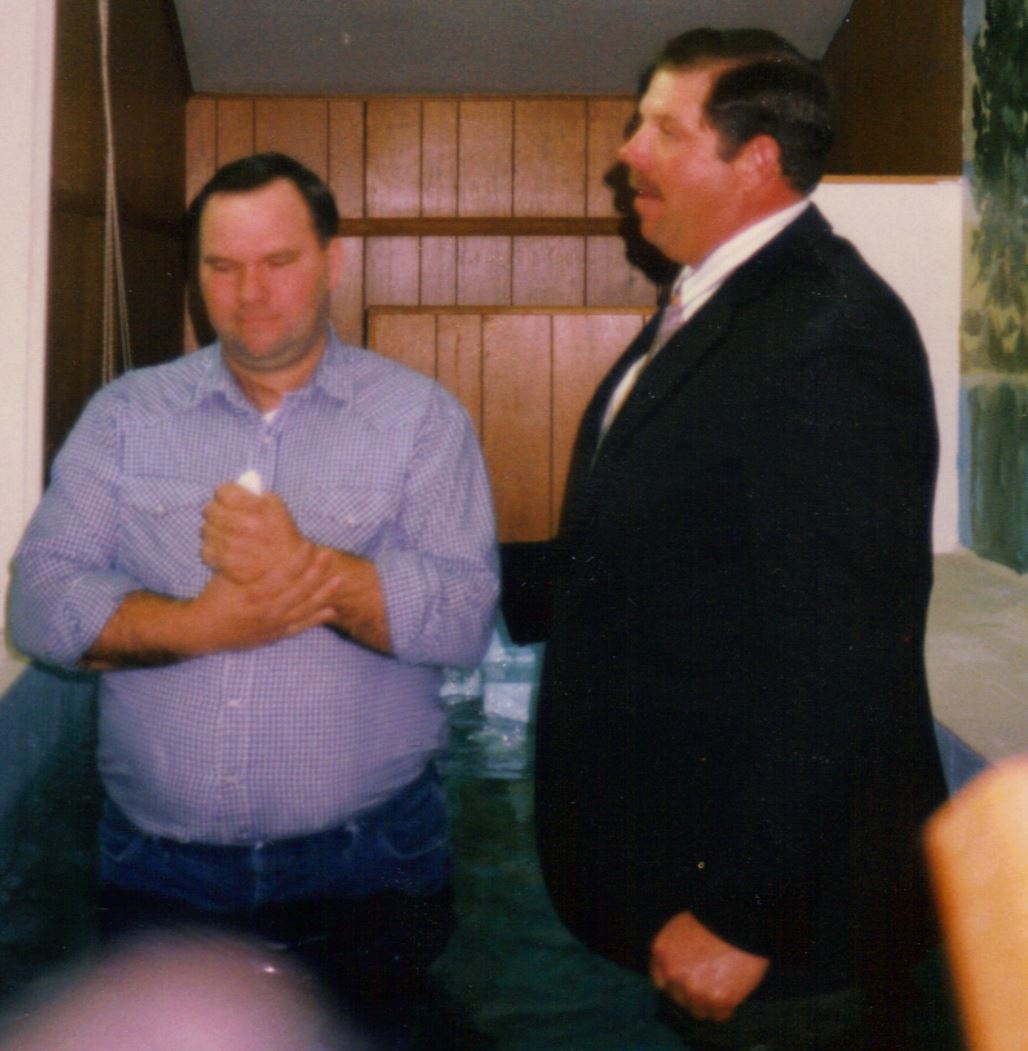 Then one day at a dock, I broke a little bone under my knee. So we gave up trucking for a bit. As I reflect back, that it self was a GOD thing. We purchased a place in Missouri, and kinda settled down with local jobs. That’s when we started going to church on regular bases. And that’s when the LORD got my attention. Many things happened then, mostly from us slowing down, hearing and seeking the LORD. We became very good friends with other Christian couples, Rick and Phyllis, (I am not going to mention your names). As well as personal relationships with a few Pastors their in our area.In about 1997 or 1998, at Wilson Creek Baptist Church, was re-baptised and I rededicated my life to the LORD for good. This time for the right reasons.

Heck yes, I still do some knucklehead things. Things not pleasing to the LORD. I can feel something inside me tremble when I do these things. But now when I do, I buckle down on my knees and beg for forgiveness. His word says he forgives us.1 John 1:9  I still have trouble forgiving myself for things, I’ve done in my past. I have asked my daughters and my ex-wife to forgive me, I don’t really believe they have yet. Can’t say I blame them. I know Jesus has.

Billy Fields wrote and sings a song titled “If That Wasn't GOD, who is Living Inside of Me”. That’s exactly how I feel something is living inside me. I have a joy in my step, a happiness in my heart. Most people that know me, know my wisecracks are from happiness the LORD puts in me.

I cannot begin to tell you how many times my wife and I have prayed for and saw the undeniable results from our LORD. There are way too many to mention, without making a book out of this. 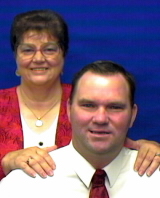 Every since I purchased my first computer, probably about 1993, I became excited and very interested in digital technology. I am not a geek or a nerd, but I love this technology. Way way back, I created a Truckers Website, called Truckers 4 Christ. I never was smart enough to unite Christian Truckers through that, but GOD knew back then how he was going to put other Trucking Ministries in my path, and allow me to work with them, mainly in web development. That’s what I call an awesome GOD!