notes on the making of https://parallelparasite.apass.be

an inconclusive report on the technical and epistemological assumptions that was made in the making of “Parallel Parasite : Timeline Repository”

_video tutorial for the editors, how to use the interface: https://www.youtube.com/playlist?list=PLjEcO1QDXyAEfS8i67bY0ko1_qYDoX7Yy

_links to this document:

the video material was recorded and prepared for publication by Steven Jouwersma (https://apass.be/blockboard/my-case/?user=8) and Christian Hansen

for more information go to: https://parallelparasite.apass.be/#about

the website is registered under a sub-domain of https://apass.be/ (a.pass - Posthogeschool voor Podiumkunsten vzw / advanced performance and scenography studies)

the back-end is programmed with PHP, on the Wordpress interface.

the rest of the interface is handled with AJAX to perform the asynchronous application of the “inputs” into the timeline of the video.

the web-interface parallelparasite is a discursive apparatus, in the sense of:

terms used in the making of the parallelparasite’s title: “Parallel Parasite : Timeline Repository” 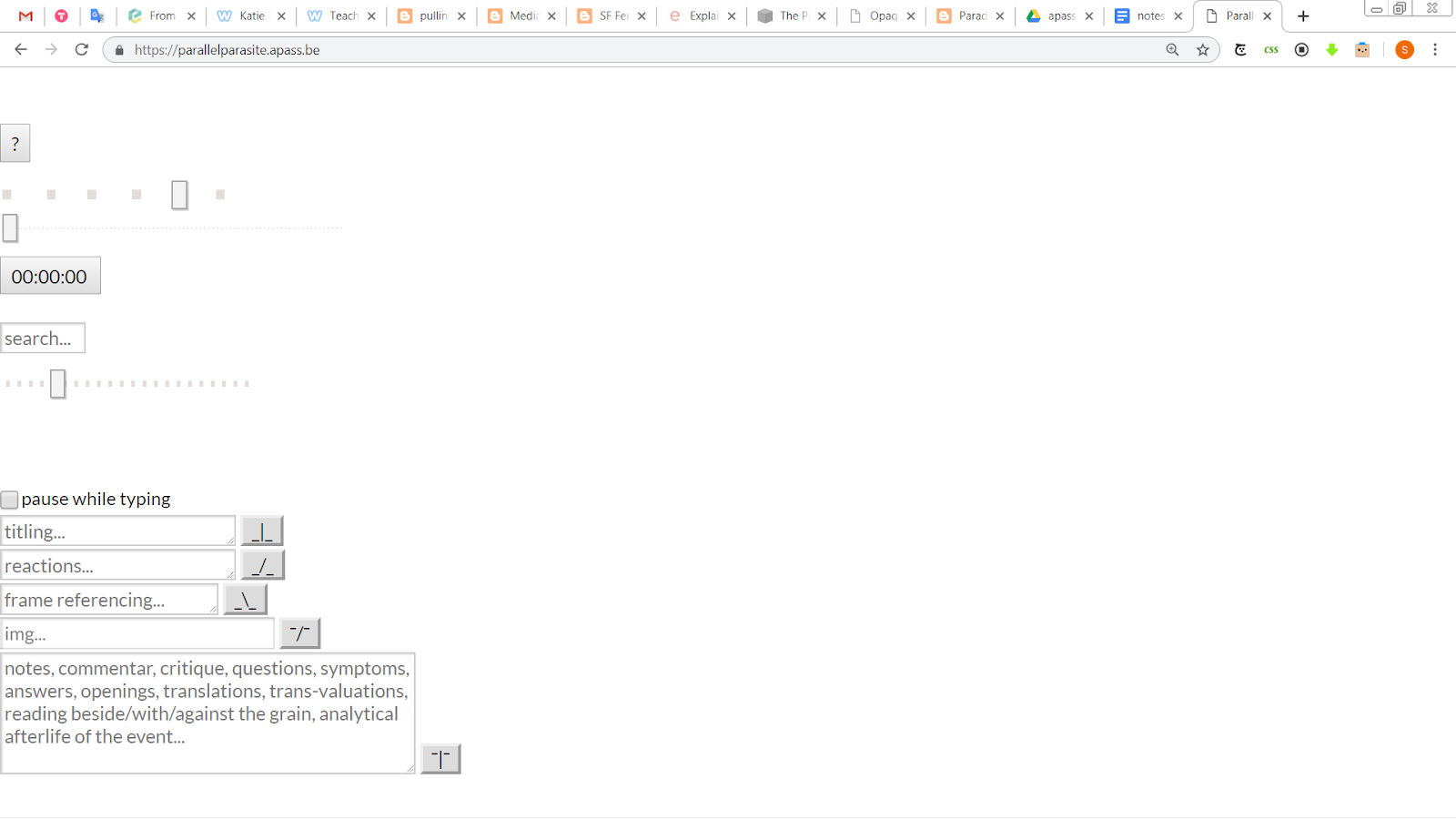 these inputs are visible only to the editors (and not the visitors) of the website for the period of editing, and they will be disabled after finishing the writing process, by the end of July 2019.

the input areas are hypertextual (equipped to translate text to anchor links, and image URLs into embedded images in the HTML format).

history and the explanation of the terms used as the “placeholder” in the text fields: 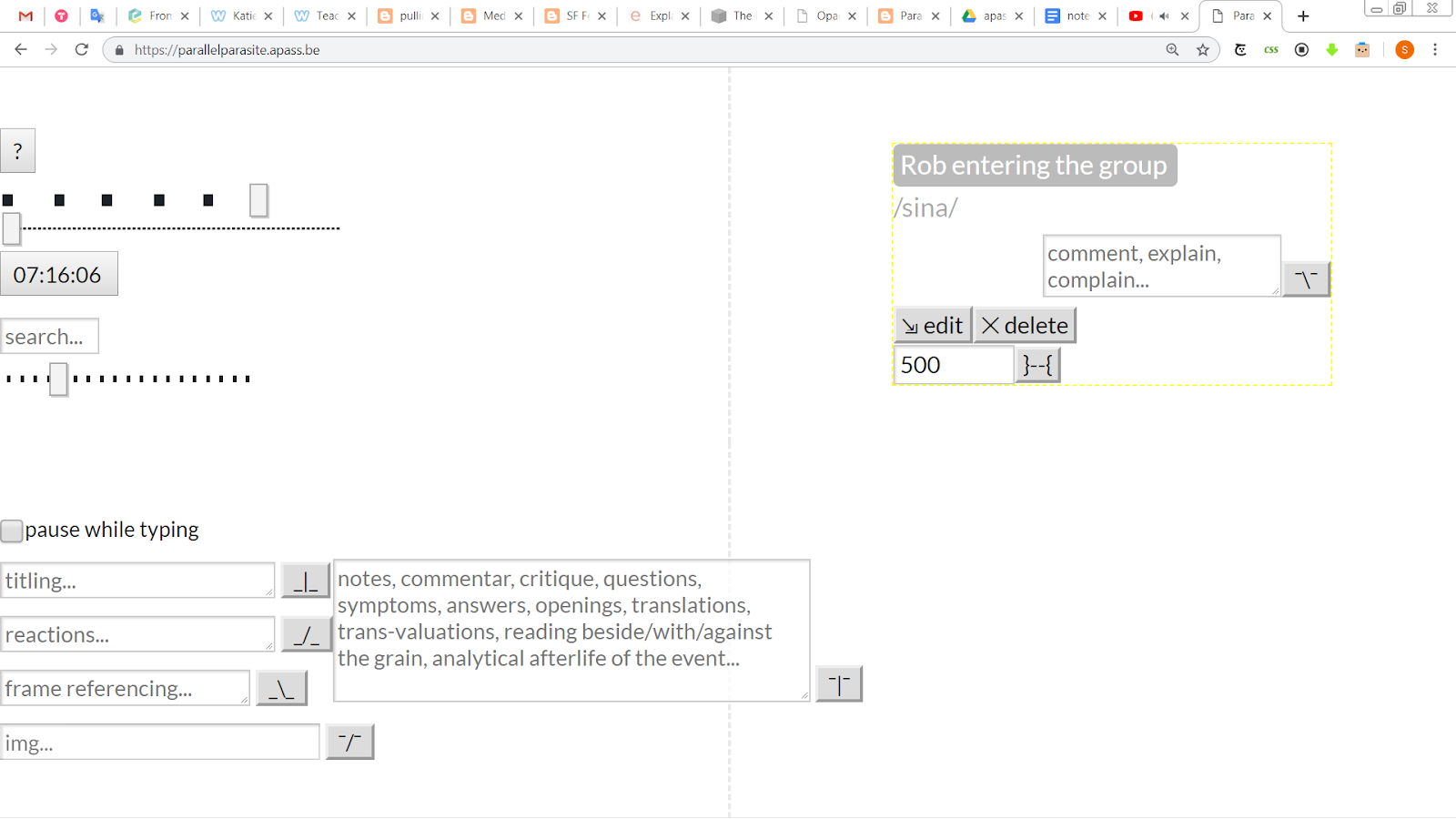 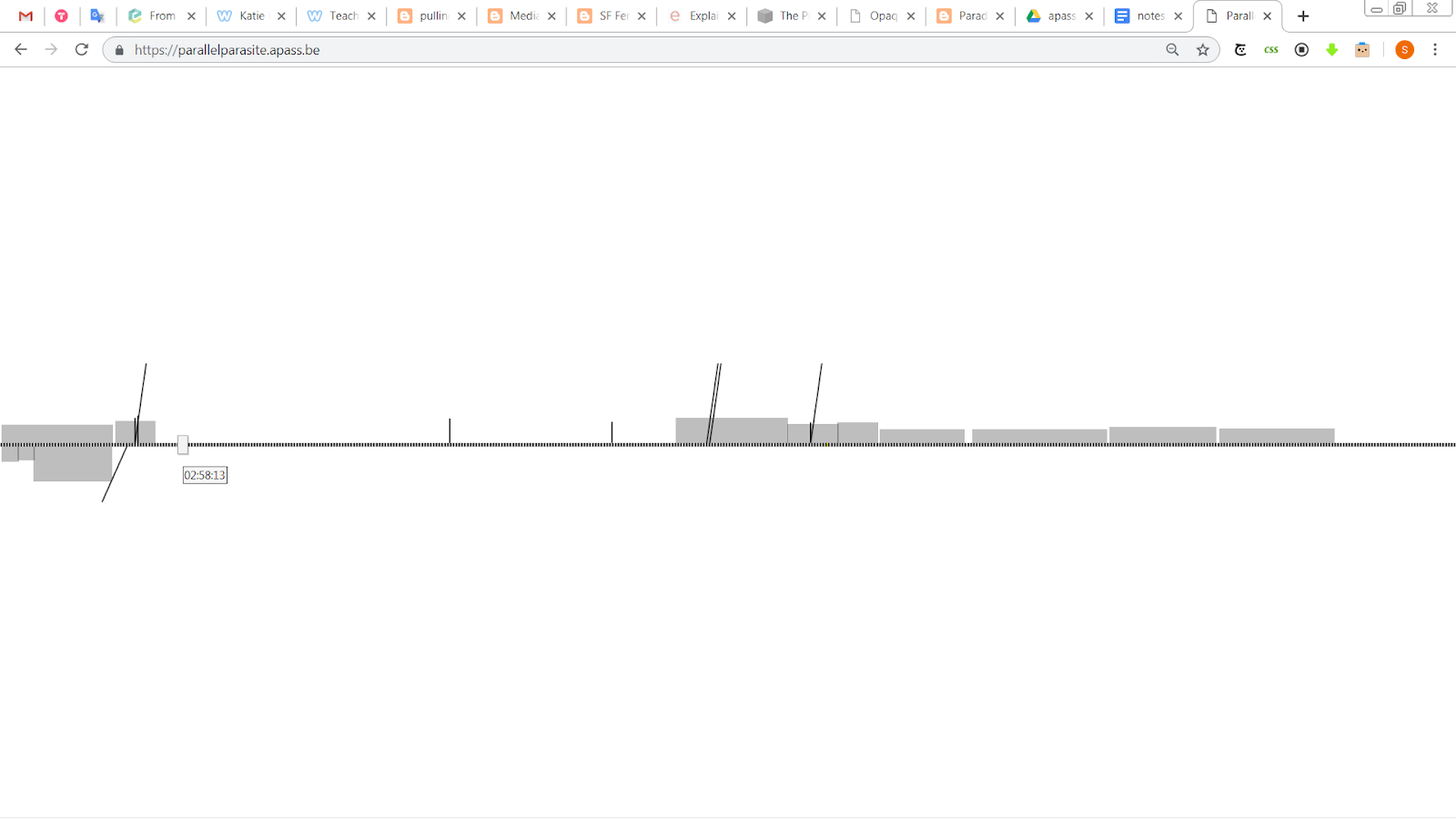 the corresponding visual representation of the input’s diagrammatic indications (was conceived initially to mimic a rotating clock's hands):

ˉ\ˉ (comments on items) duration inherited from the parent item

they will appear on the timeline marking the input category: 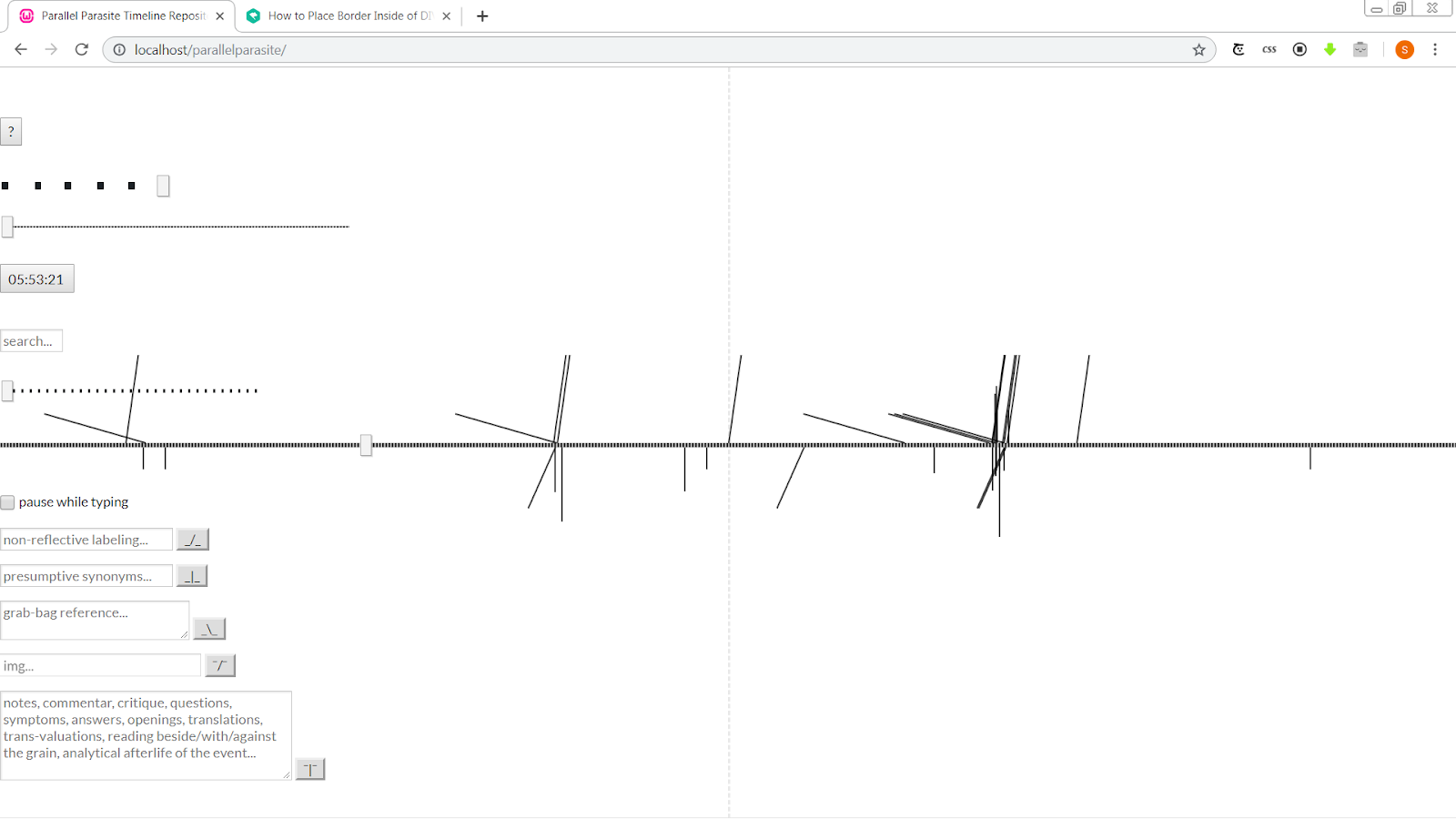 snapshots of the interface: 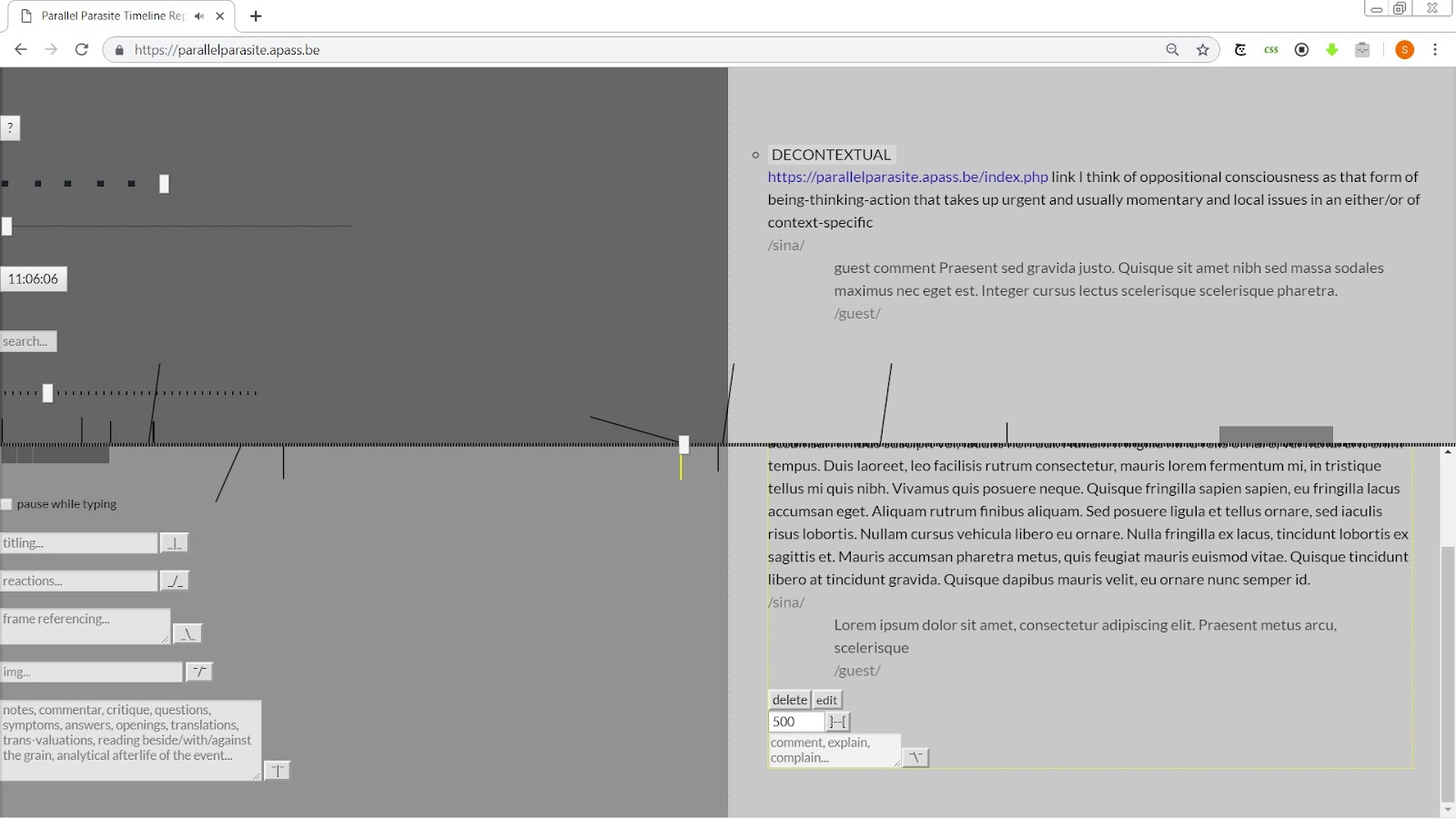 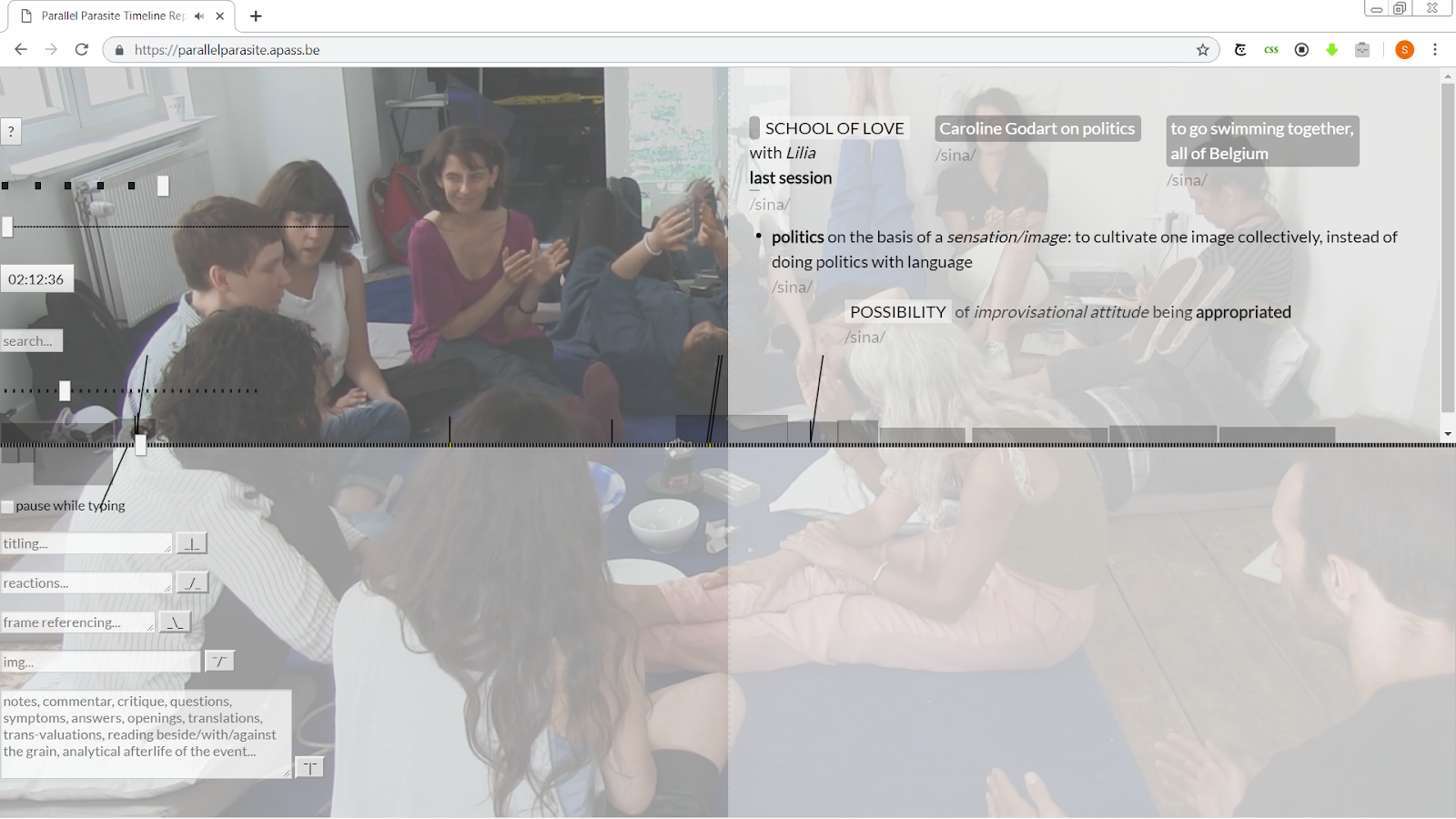 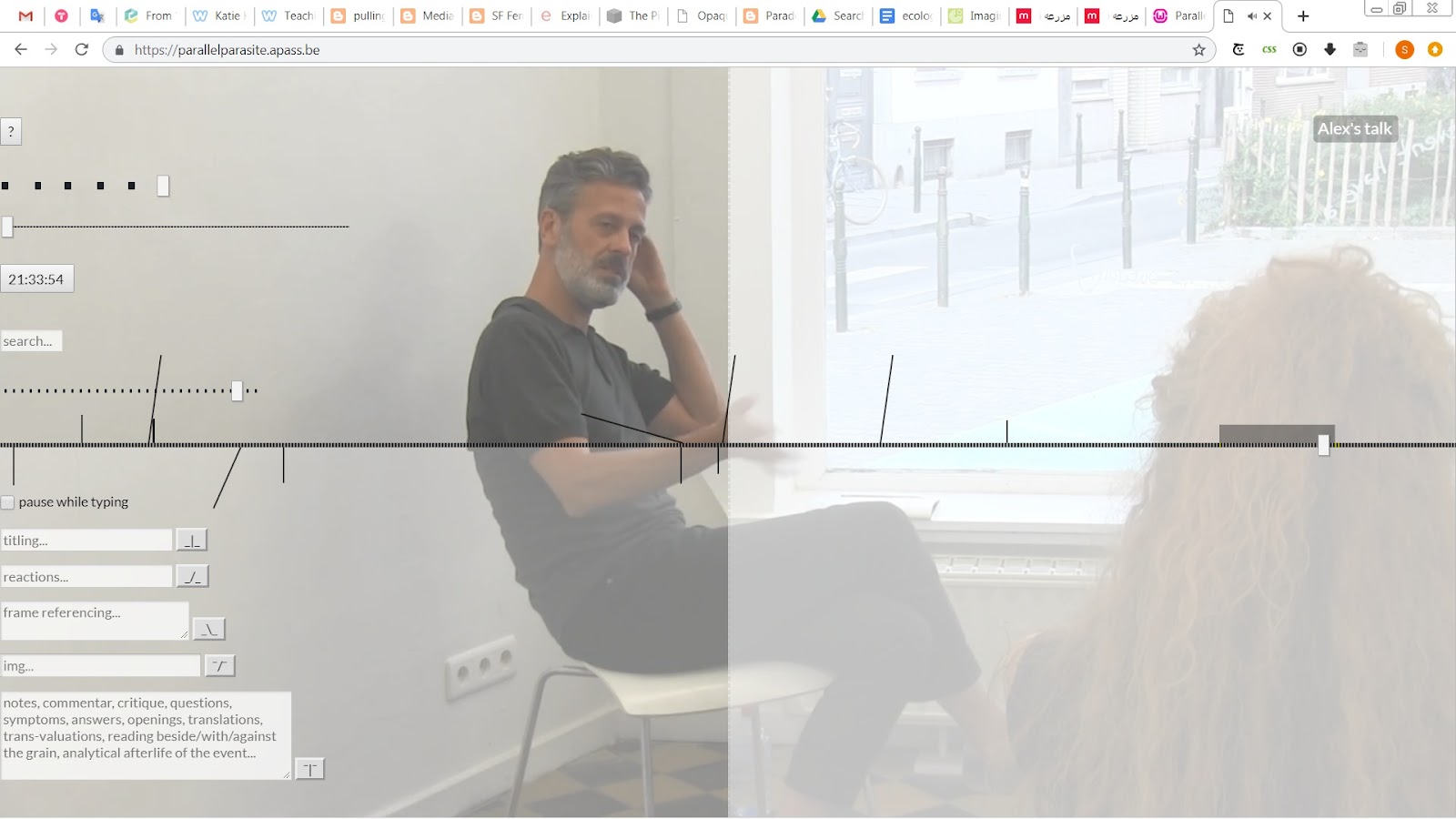 the image that appears in the case of sharing the website’s URL in the so-called social media: 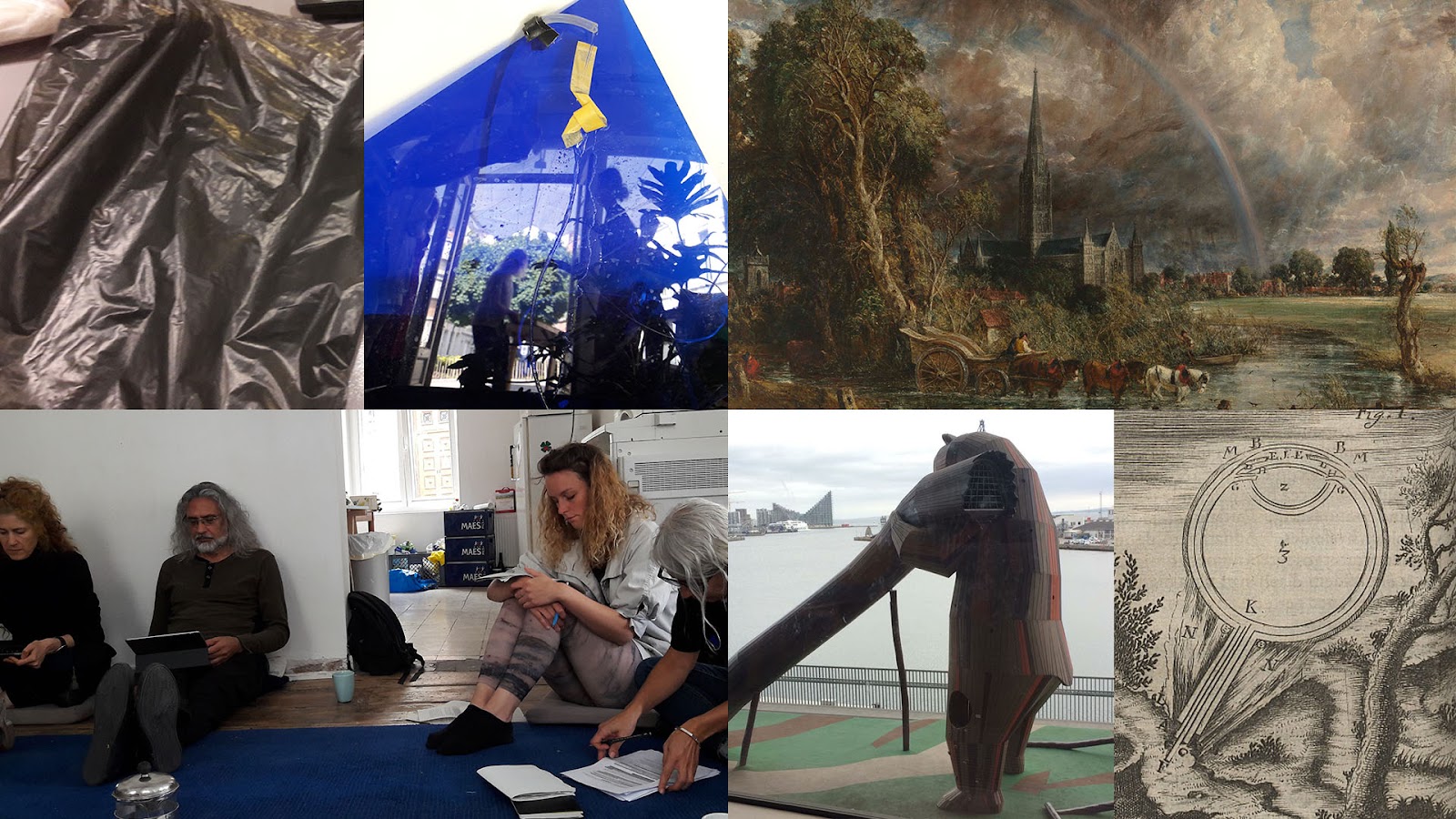 from top-left to right-bottom: