The Microchip PIC32 allows for implementation of a Full Speed USB Device.

Implementing a Networking over USB solution allows a PIC32 based design to connect to a Microsoft Windows system and use TCP/IP network connections using the Belcarra Windows USBLAN Class driver.

Microchip makes available a TCP/IP stack and a demonstration application that implements a Web Server. In their demo the Web Server can be accessed via the Ethernet.

Belcarra has created a Networking over USB driver (USBLAN Function Driver) for Microchip that allows the TCP/IP stack to use USB to connect to a Windows system. A demonstration kit is available to demonstrate this capability.

Belcarra’s implementation of Networking over USB for the Microchip PIC32 is a very low cost networking solution for PIC32 projects, eliminating the need to add an Ethernet chip while using less Flash and RAM resources.

There are several standard protocols that can be used to implement Networking over USB:

There are several proprietary or de facto protocols as well:

The Belcarra Windows USBLAN driver will automatically recognize and use any of the above protocols. In practice they are not equally suitable for use in a reduced resources system such as the PIC32 Microcontroller[1].

For this demonstration Belcarra has implemented the Itsy protocol:

EEM would be a reasonable alternative as there are a few small benefits and the additional complexity is less than NCM or RNDIS.

ECM would also work. It requires that the underlying USB support libraries implement the SET INTERFACE device request. ECM has the advantage of being supported on the Macintosh by OS X.

All of the protocols can be implemented but there is little additional value and the cost is a substantial increase in code complexity and size (flash memory) and data storage (RAM).

Secondly, the demonstration Belcarra USBLAN for Windows driver implements a built-in DHCP server. By default these will set up the network link as follows:

DHCP parameters are set in the Windows Registry; information on setting them to other values is available from Belcarra’s USBLAN for Windows OEM support manual .

The licensed version of the Belcarra USBLAN for Windows driver has a large number of other configuration options. These are typically available via the registry and can be pre-set in the INF file during installation. Belcarra typically provides the complete installation kit with customized INF file and signed drivers and these can be made available to end users via Windows Update. If you have specific requirements contact Belcarra for a test kit with your configuration.

Thirdly, Networking in TCP/IP v5.42 is limited to a single network interface, whether it is Ethernet or USB.  Therefore two separate hex files: ethernet.hex uses the Ethernet interface (as in the Microchip Demo Application), and microchip-usblan.hex uses the USB subsystem instead. The v6 Beta TCPIP stack allows multiple network interfaces, and so will permit a single demonstration hex project. However, a single interface conserves code space and the v6 stack is still designated as Beta by Microchip.

Finally, the Belcarra USBLAN for Windows evaluation kit that is freely available from Windows Update (or downloadable from here) is limited to one hour of use. After one hour you will need to unplug and re-plug to restore the connection. Licensed versions of the Belcarra Windows USBLAN driver do not have this limitation.  Please contact Belcarra if you require an unlocked evaluation driver for testing.

All three projects can be loaded into the PIC32 Starter Kit board using the instructions below.

N.B. If you cannot arrange for Internet access to Windows Update contact Belcarra for a copy of the Belcarra USBLAN for Windows Evaluation driver kit.

The hex file must be imported into MPLAB X.

In the import hex section, the three circled areas need to be selected and set correctly. 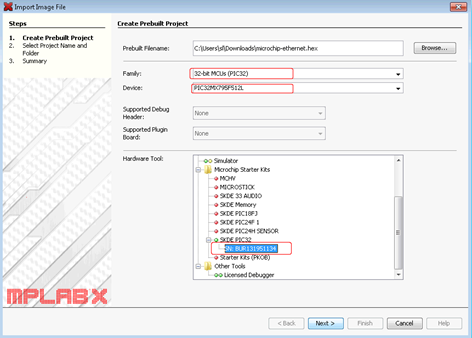 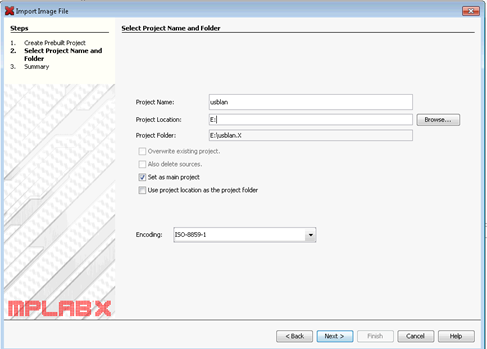 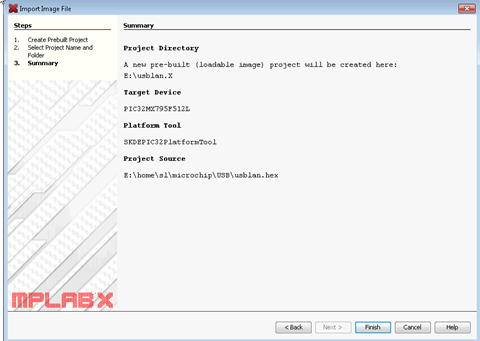 To actually run the demo: 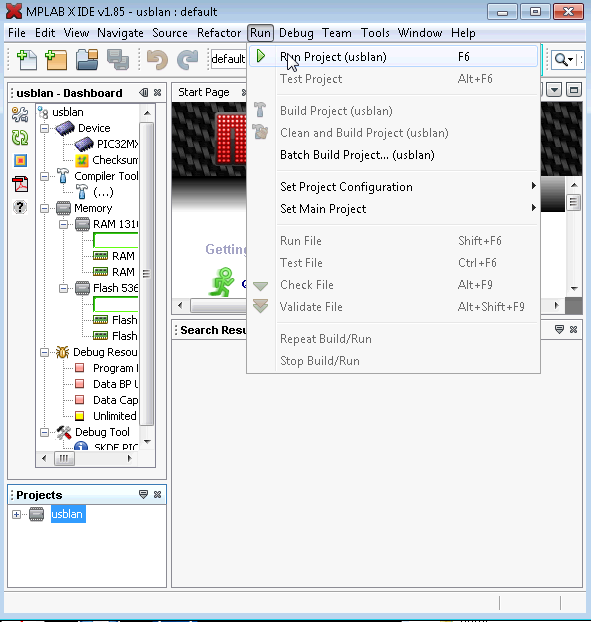 If the above configuration is not done correctly the debug tool will report that the device cannot be found.

You can use this screen to set the correct debug tool 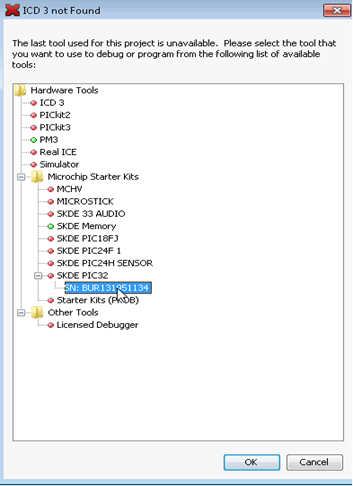 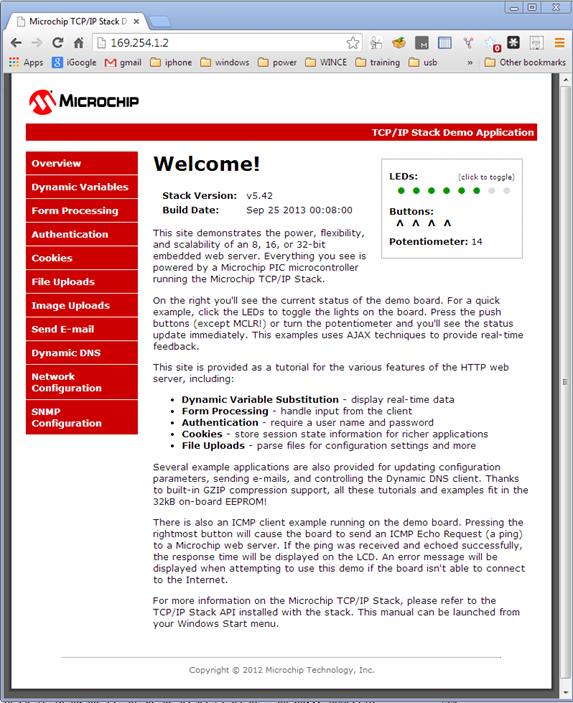 The Microchip network demo has various other services you can test with:

[1] NCM and RNDIS have complex data framing requirements. RNDIS requires emulation of a network interface for the host and support for state machine emulation via device requests to set and access the state of the emulated interface. RNDIS makes periodic statistical requests across the link that competes with useful payload.