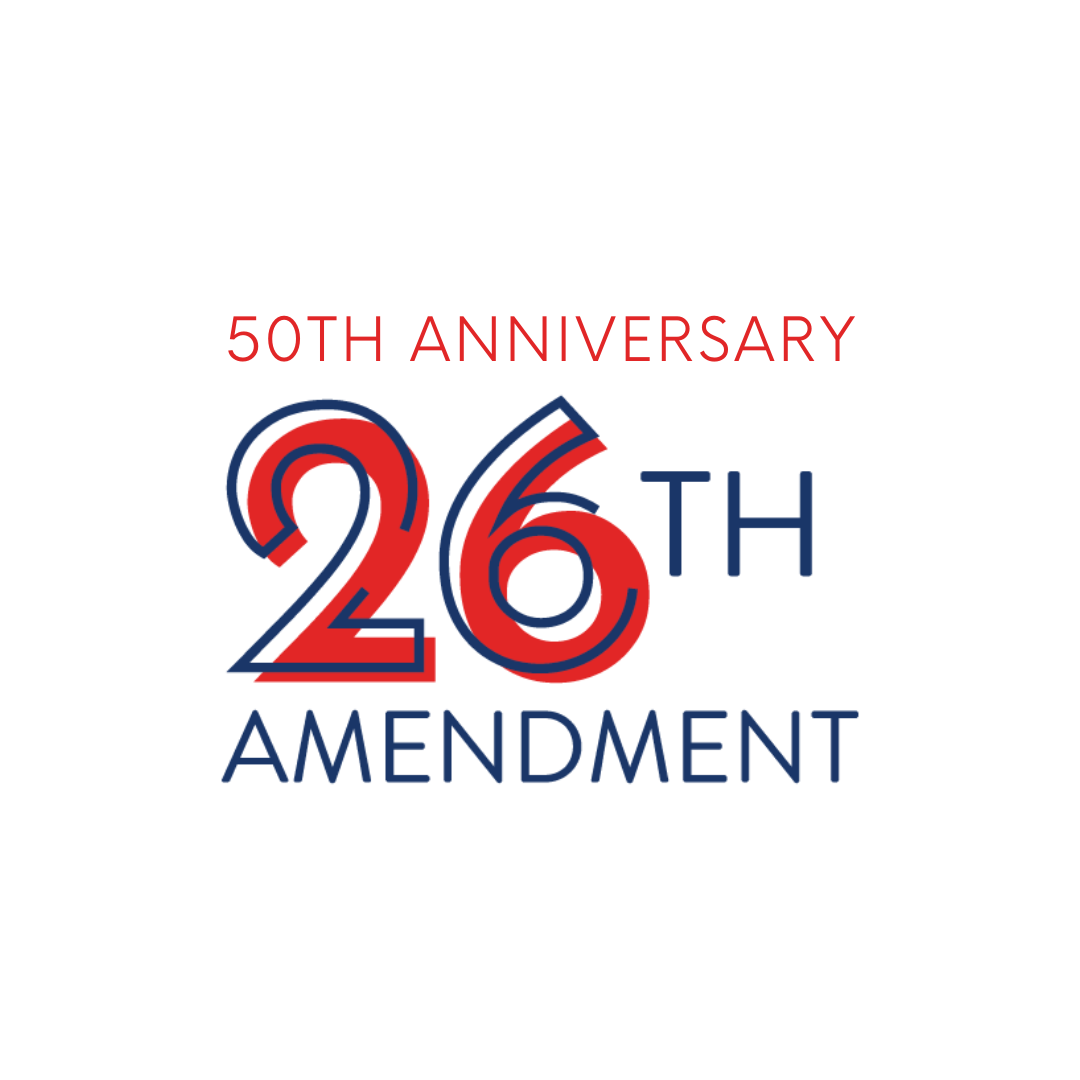 This toolkit is intended to be a working document to uplift messaging throughout the year connected to the 50th Anniversary of the 26th Amendment.

Special thanks to staff participating in the SLSV 26th Amendment Working Group, specifically folks from the Andrew Goodman Foundation, the Alliance for Youth Organizing, Fair Elections Center’s Campus Vote Project, LeadMN, the Students Learn Students Vote (SLSV) Coalition, and the StudentPIRGS for their work on compiling these materials.

Constitution Day is fast approaching and we’re celebrating all week with a Social Media Week of Action from September 13-17, to build momentum into Constitution Day and punctuate our 26th Amendment campaign. This week will culminate with a Constitution Day panel and event hosted by the Eagleton Institute of Politics’ Center for Youth Political Participation on Friday, September 17.

See the plan here and join us! Today’s theme is...

For a complete listing of all upcoming 26th Amendment-related events and key dates, check out this calendar with tabs for each month.

Folder with social media graphics can be found here.

As part of the 26th Amendment Working Group’s #26forthe26th campaign, each week for the next 26 weeks we will be promoting one student activist whose work is helping to achieve the full promise of the 26th Amendment. Every Tuesday we will add a set of posts for a new student to the comms toolkit in the list below. Then every Thursday at 3pm ET, those posts will be published by a member of the Coalition. We strongly encourage all partners to uplift each week’s #26forthe26th posts by sharing, re-tweeting, re-posting, liking, or promoting in any other appropriate way.

If you’d like to submit a student to be considered for these posts you can do that here.

If you want to share the posts about #26forthe26th activists and include your own accompanying language, here is some sample template language:

“This year we’re recognizing 26 student activists who, like [student and college’s name and social media handles], are working to achieve the full potential of the #26thAmendment. Learn more about [student] and what motivates their extraordinary work: #26forthe26th

All these resources are communications related. For additional resources like a workshop facilitation or a trivia game, visit https://slsvcoalition.org/26th-amendment/.

Resources for authoring a draft proclamation to submit to your local or state-level officials, so they may issue it in support of the 26th Amendment. Beyond each state’s anniversary date and the national anniversary on July 5th, Constitution Day (September 17th) is another rallying point.

On Thursday, July 1 from 2-3pm ET the 26th Amendment Working Group hosted a Twitter Chat to spread visibility and amplify the Amendment’s 50th anniversary. Check out the template if you want to facilitate your own #26thAmendment Twitter Chat. Copy the document and make it your own! Peruse this Twitter Moment to see all the great highlights from the chat, learn more about the 26th Amendment’s history and significance, and find examples of great messaging for your next event or campaign!

The week of June 28-July 2 was the 26th Amendment Working Group’s Social Media Week of Action – a weeklong communications campaign to build momentum into the 50th anniversary of the Amendment’s ratification. Check out this guide or this Twitter Moment overview for ideas and resources on future programming for Constitution Day and other occasions throughout this campaign!

Use this template to email your organization to highlight the 50th anniversary of the 26th Amendment.