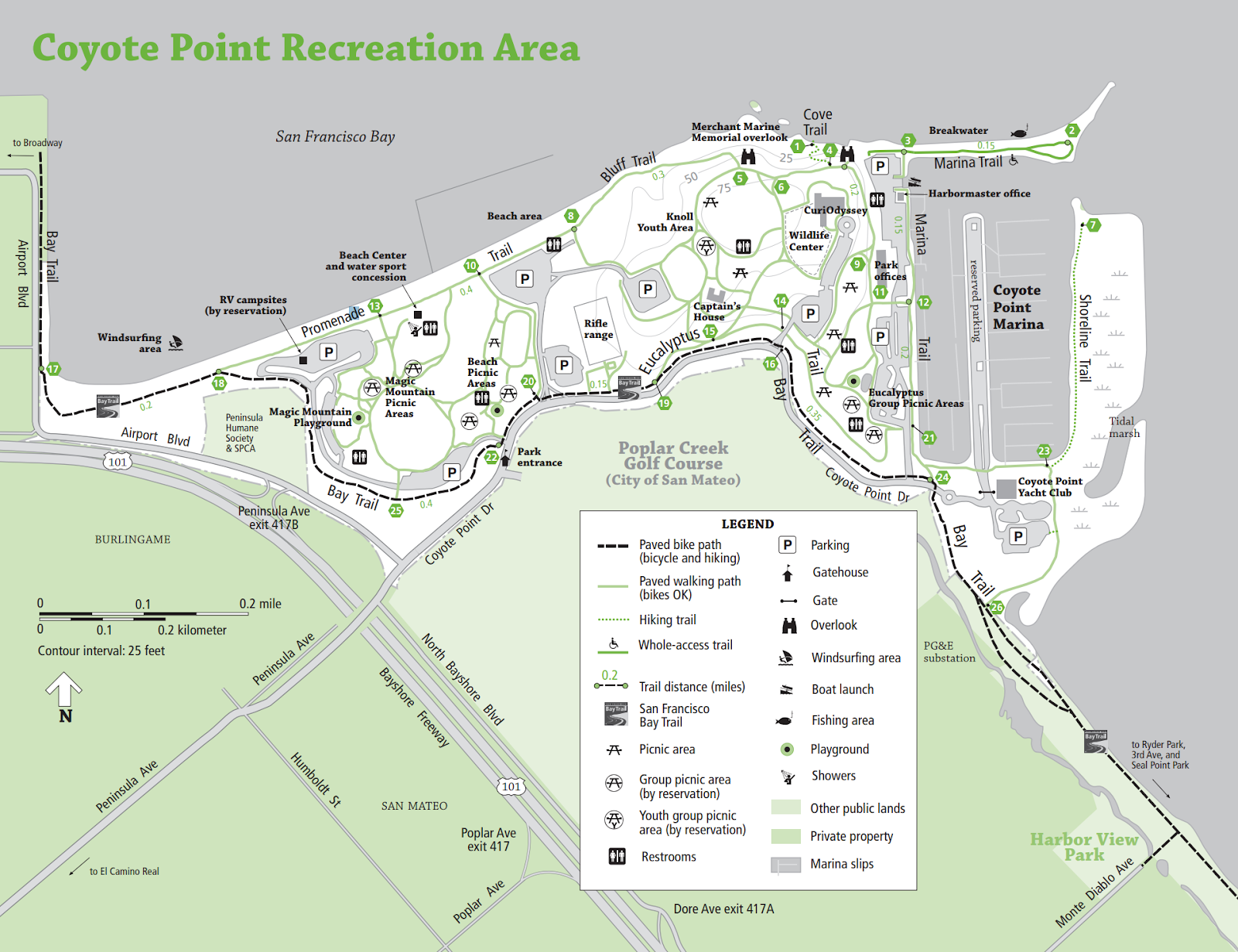 Geological map of Coyote Point, from https://rockd.org/explore, note the east-west registration offset between the geological imagery layer and the satellite imagery layer. 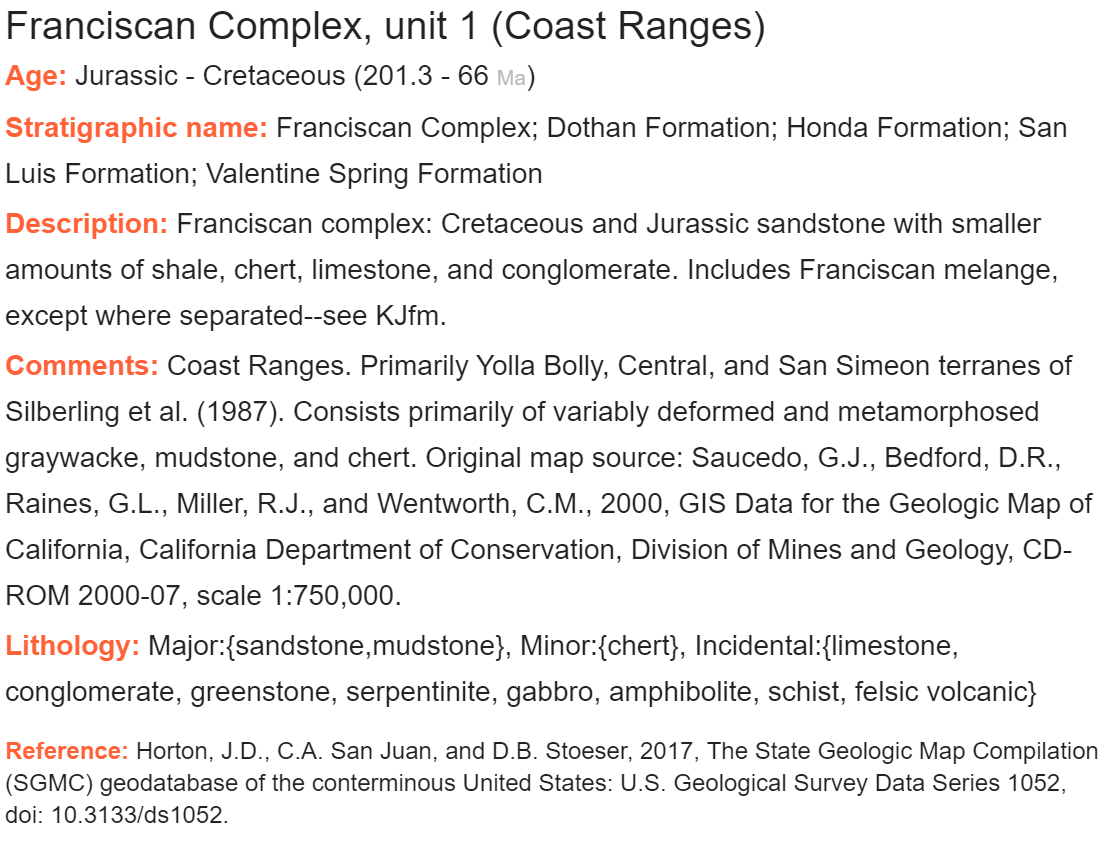 From Geology of the onshore part of San Mateo County, California: A digital database (https://pubs.usgs.gov/of/1998/of98-137/) 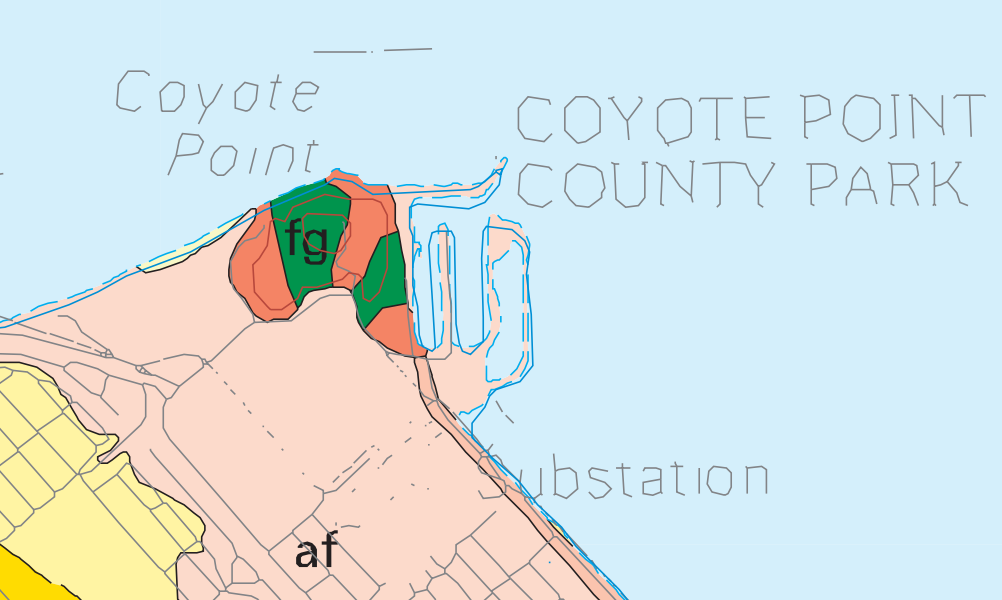 A Geological Walk Around Coyote Point

Starting at the cove just to the west of the point next to the parking lot, looking back east at the massive chert point: 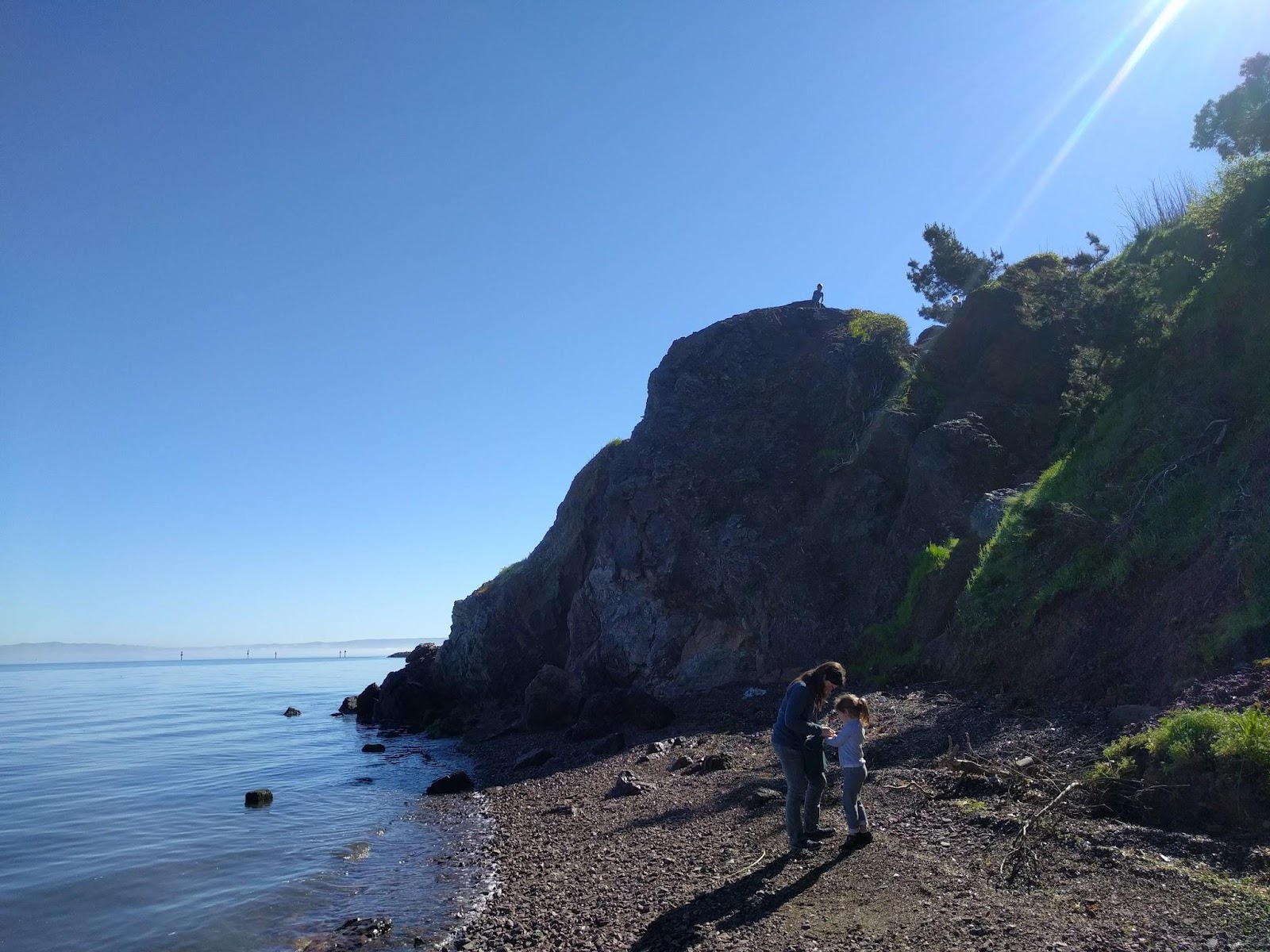 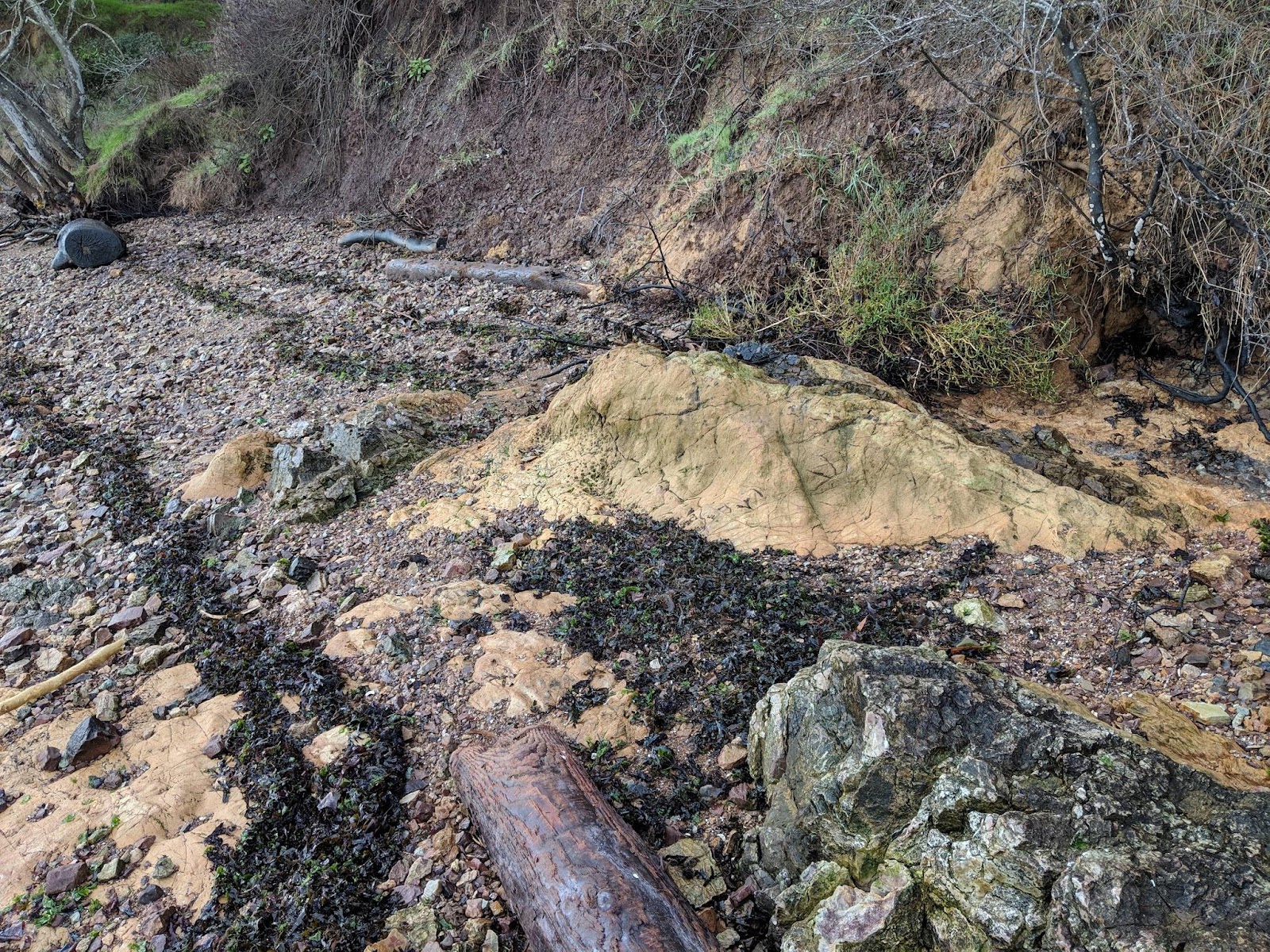 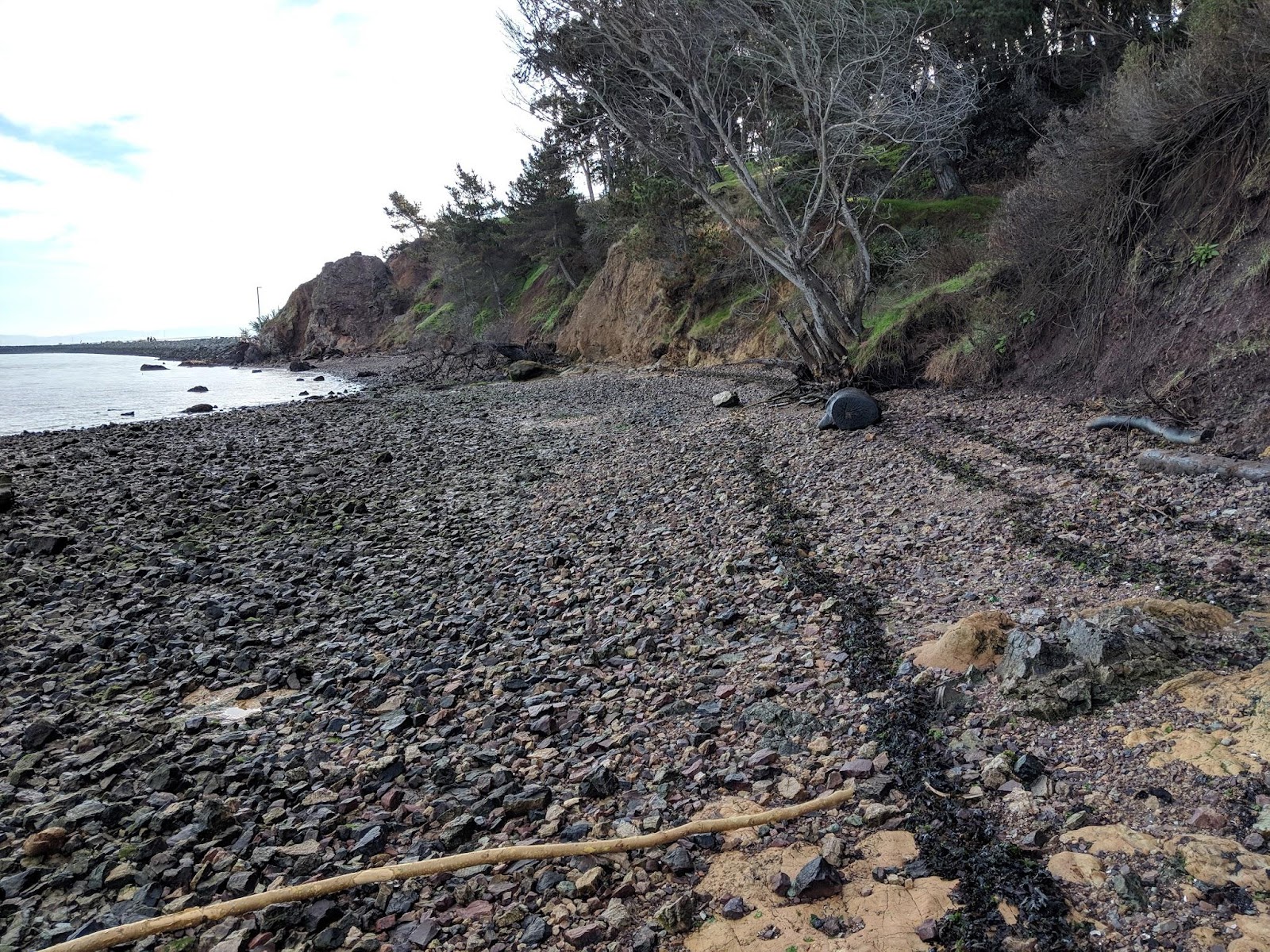 Looking west-ish at the north-west corner for Coyote Point. Three colors of chert at the base: red, green and white. Overlain by SOMETHING, is this “chert altered to clay”, or just shale? Note the Olde English bottles for scale: Holes dug into the mudstone?. Probably some animal? 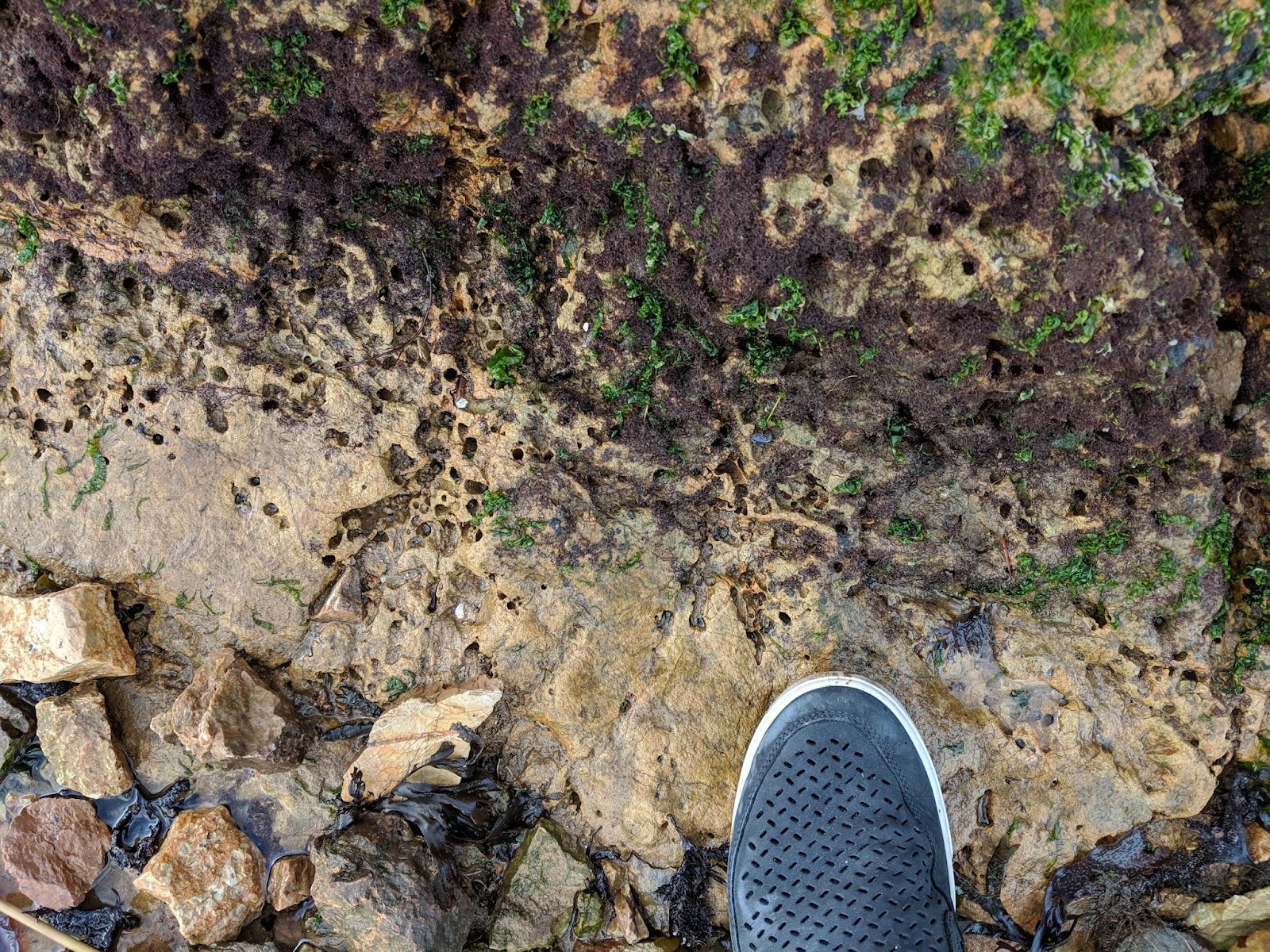 Looking north, with Mt Diablo right behind the rocky promontory: 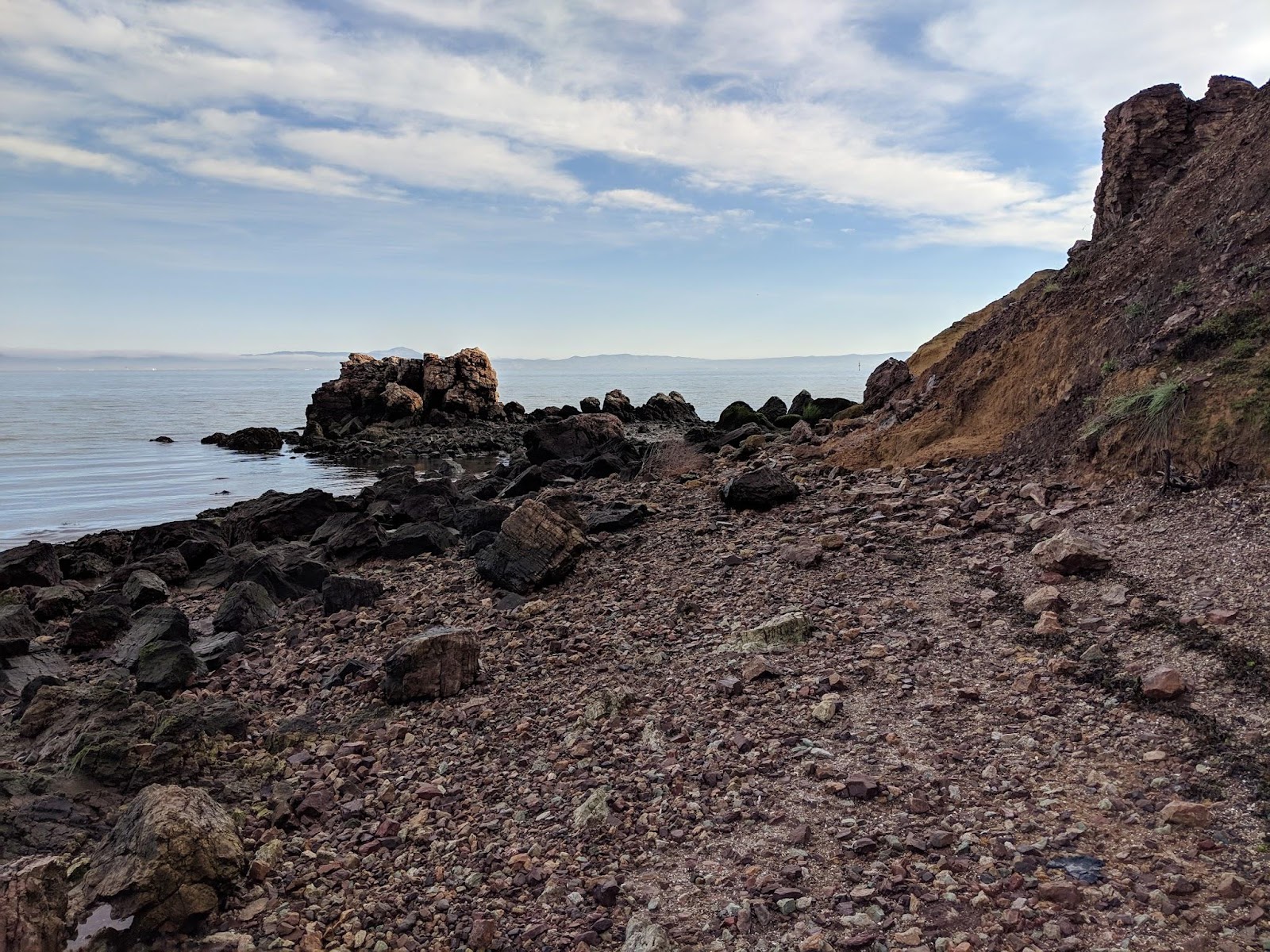 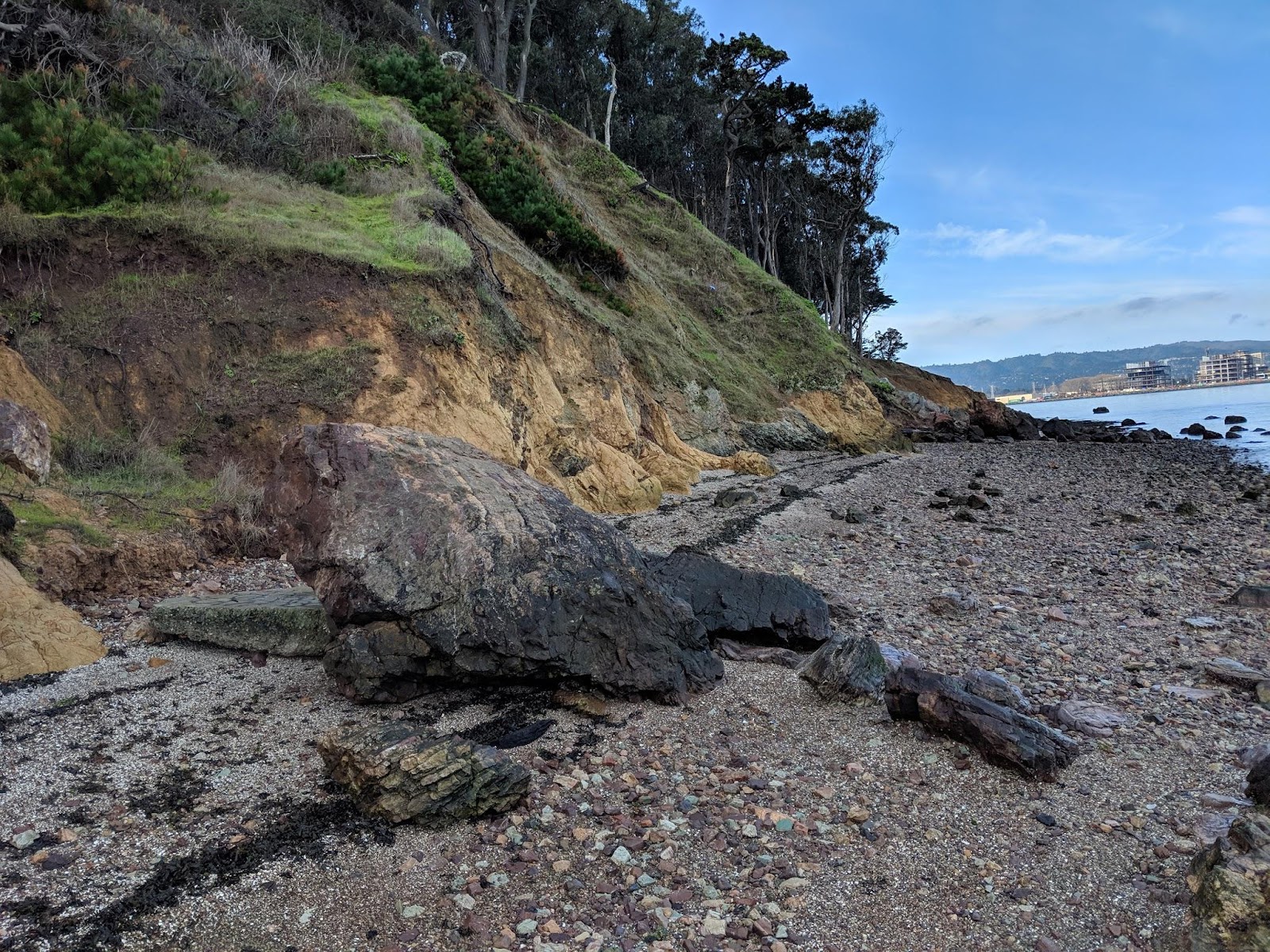 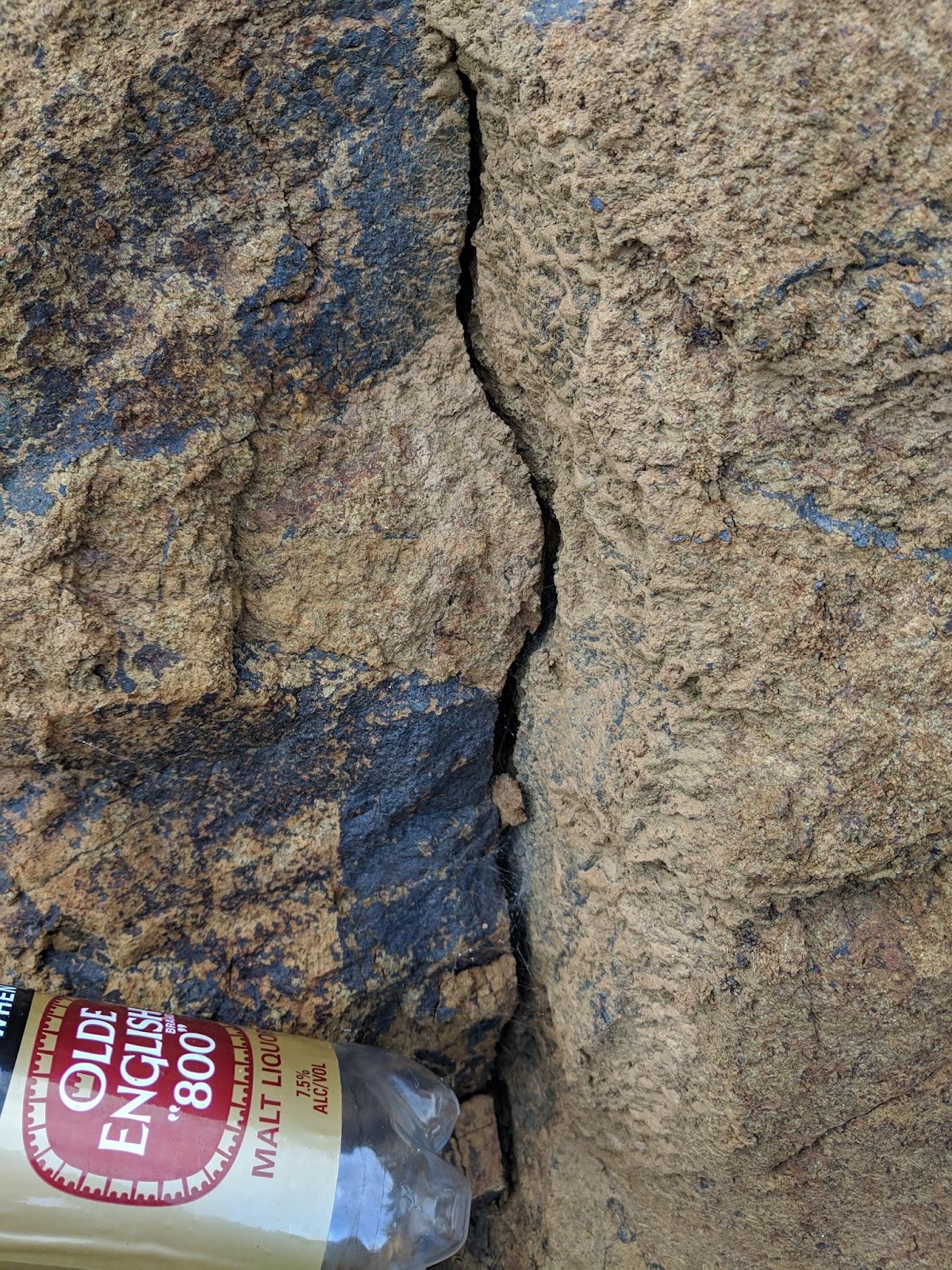 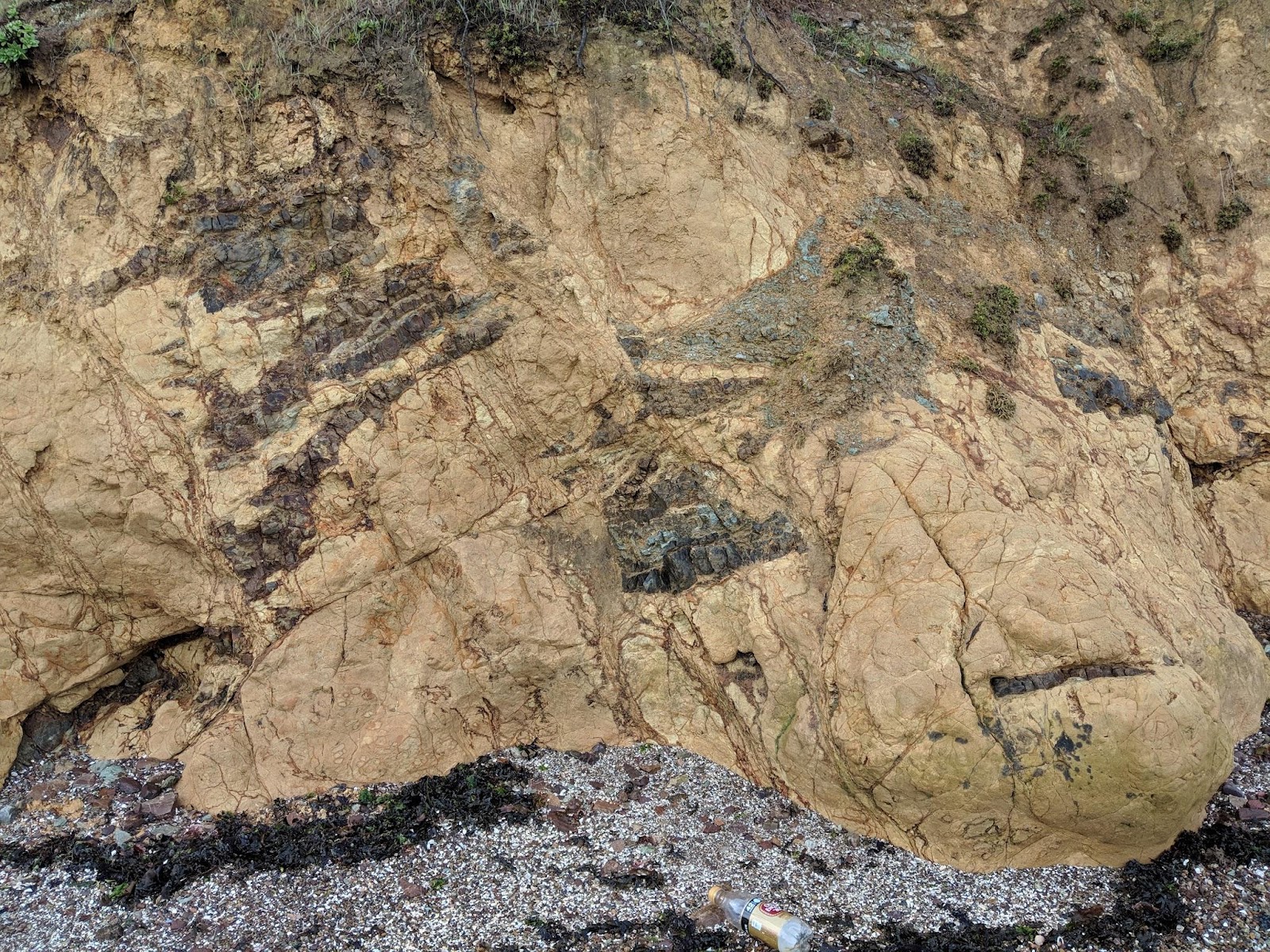 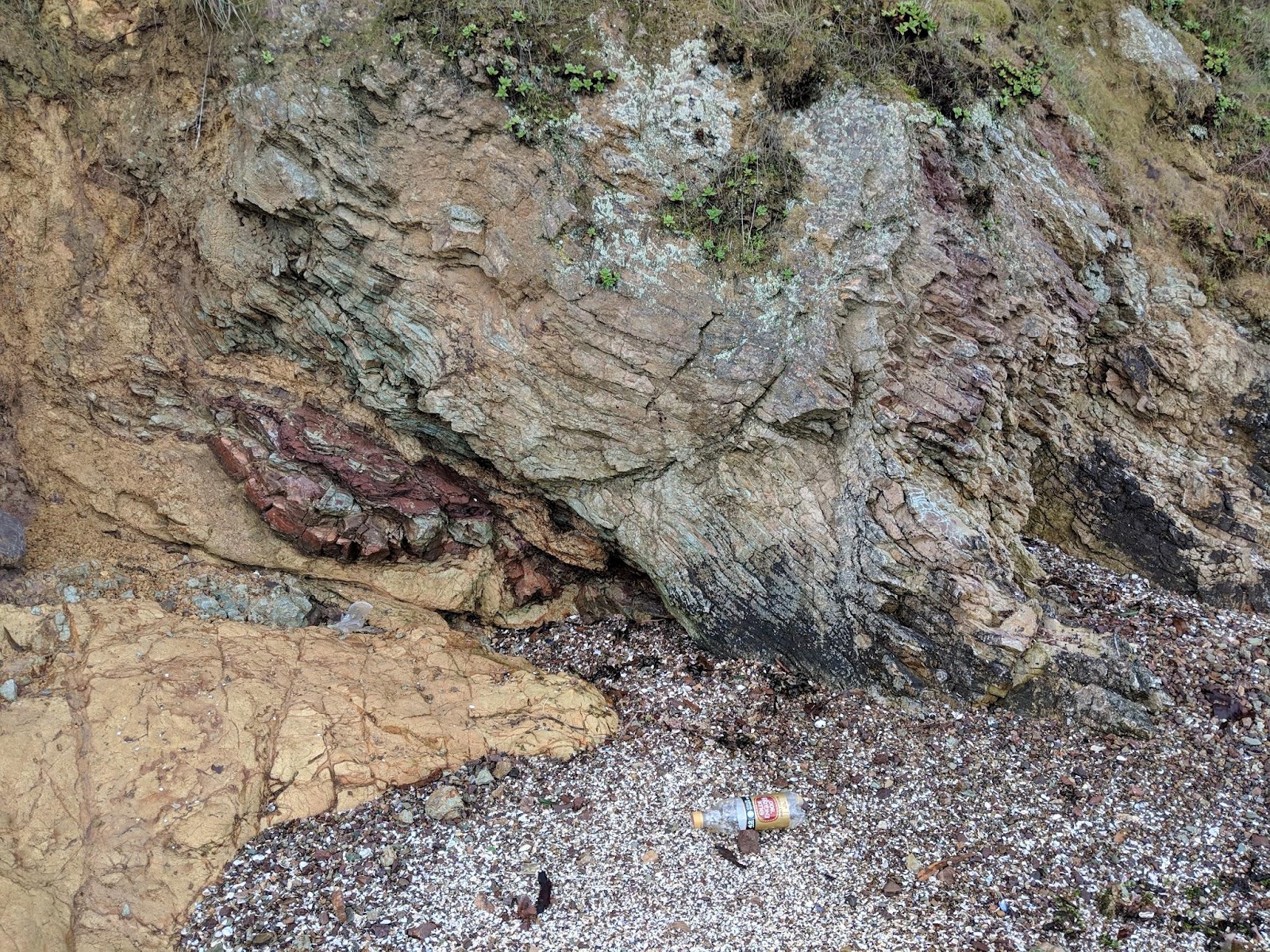 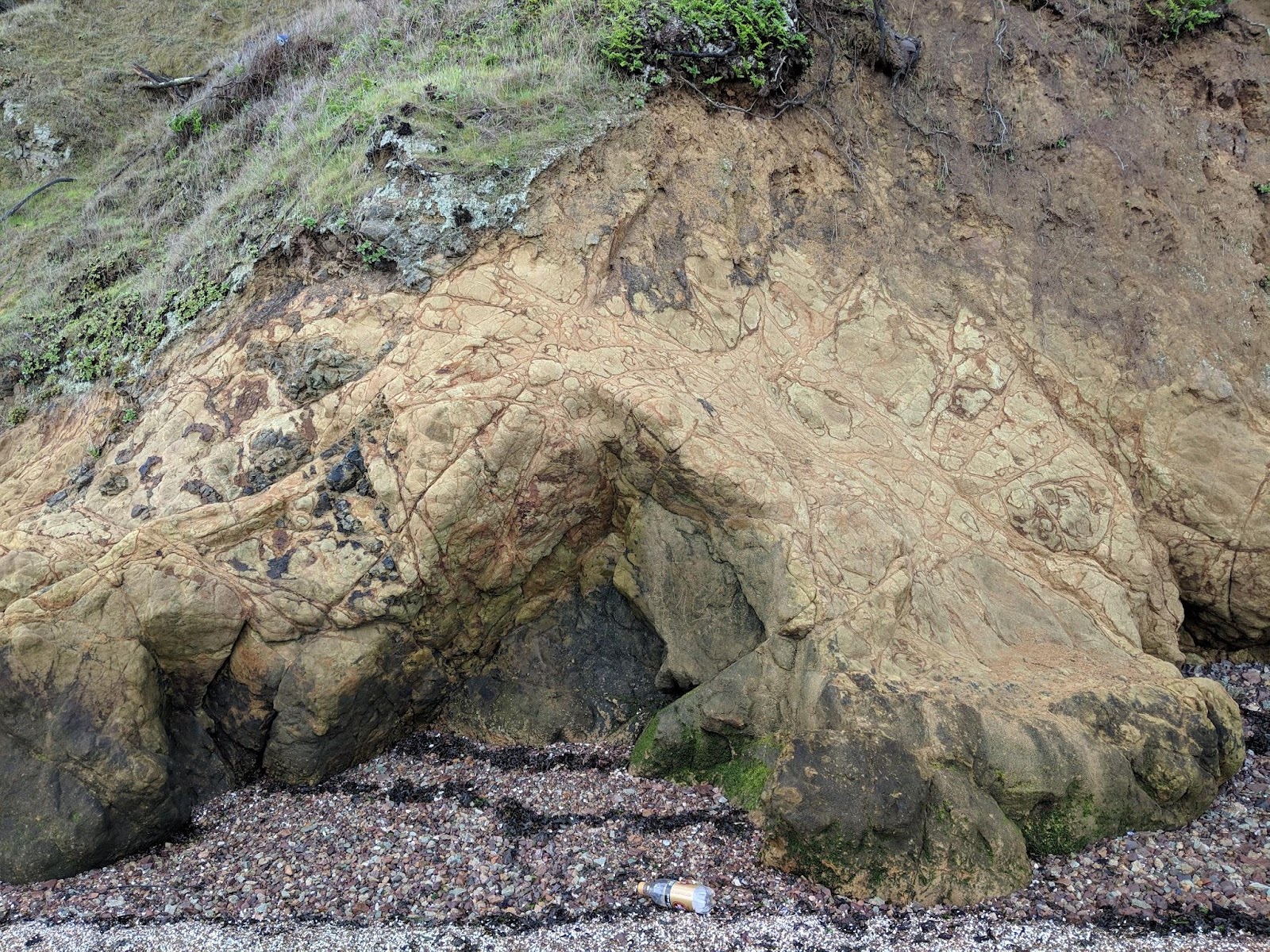 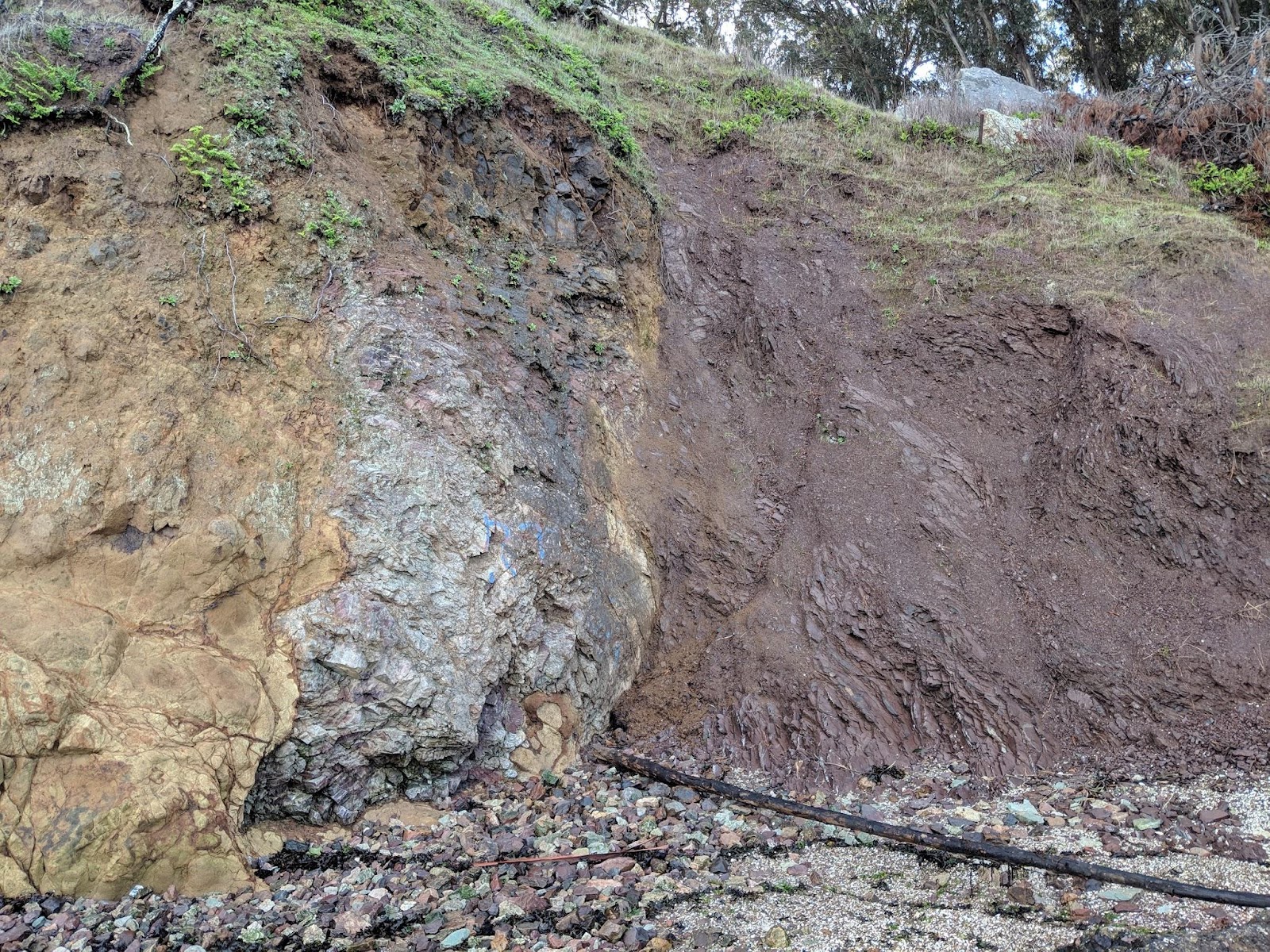 A small sea cave eaten into the bluff face: 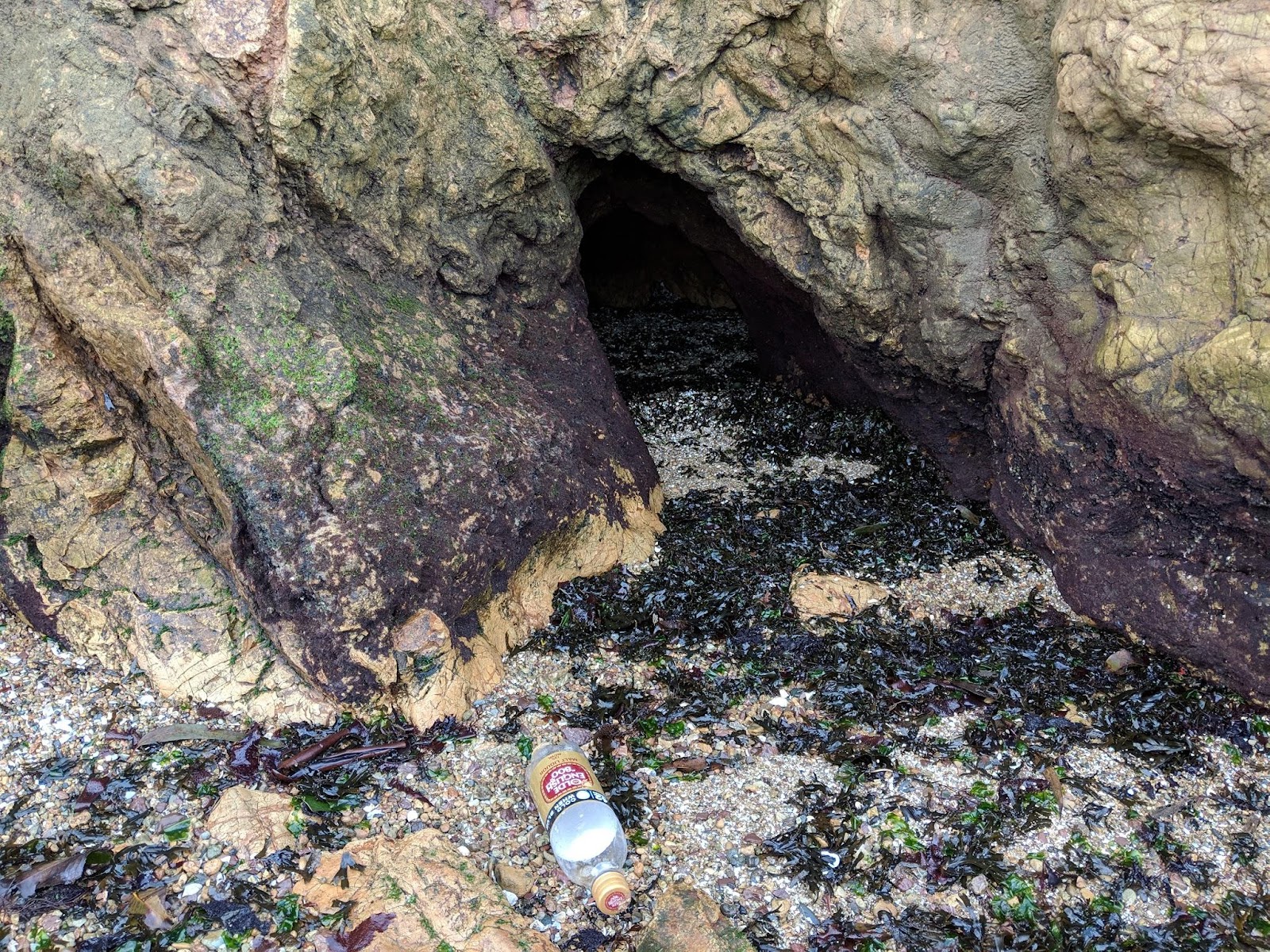 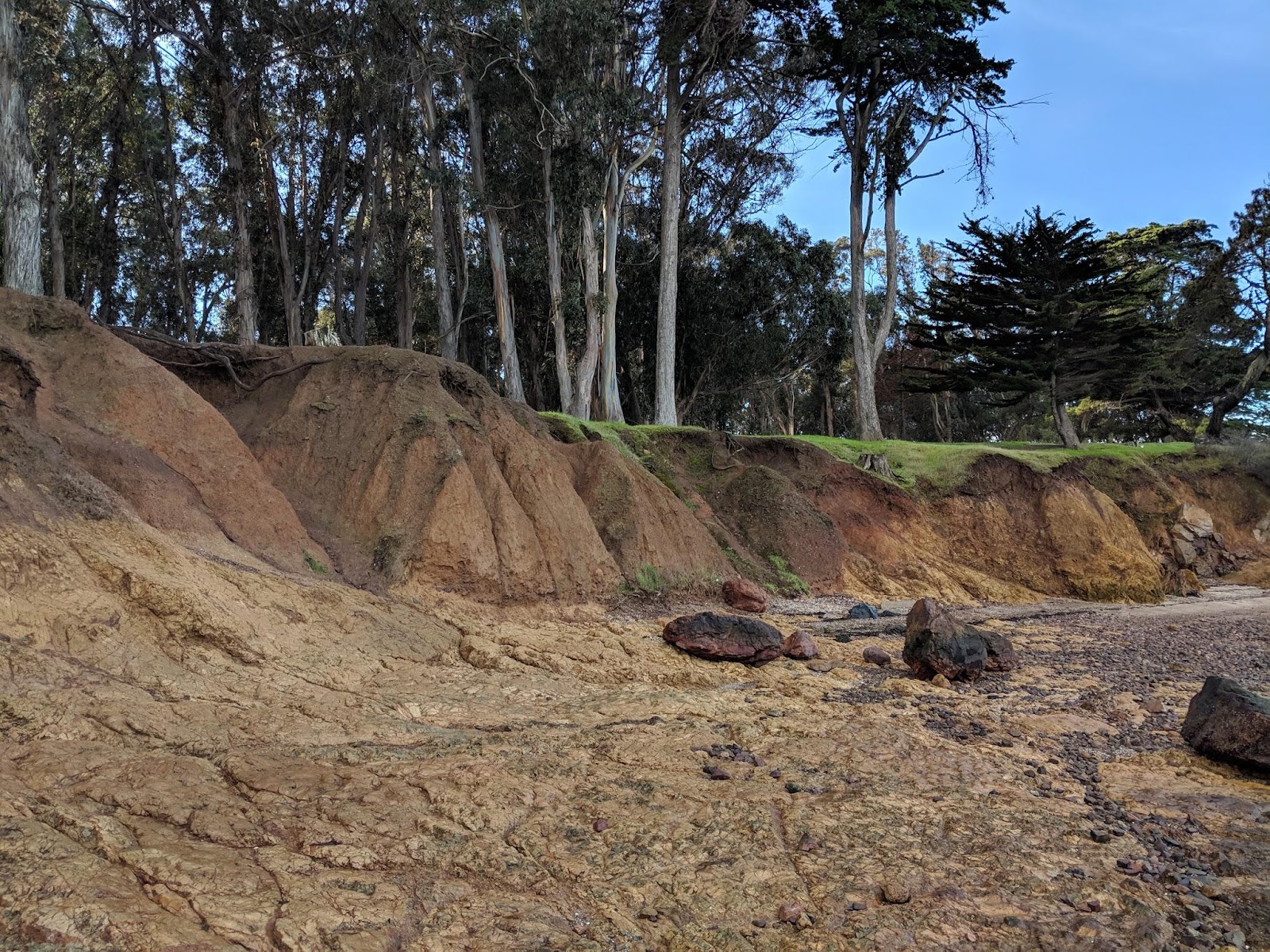 Note the mussels digging pits in the mud: 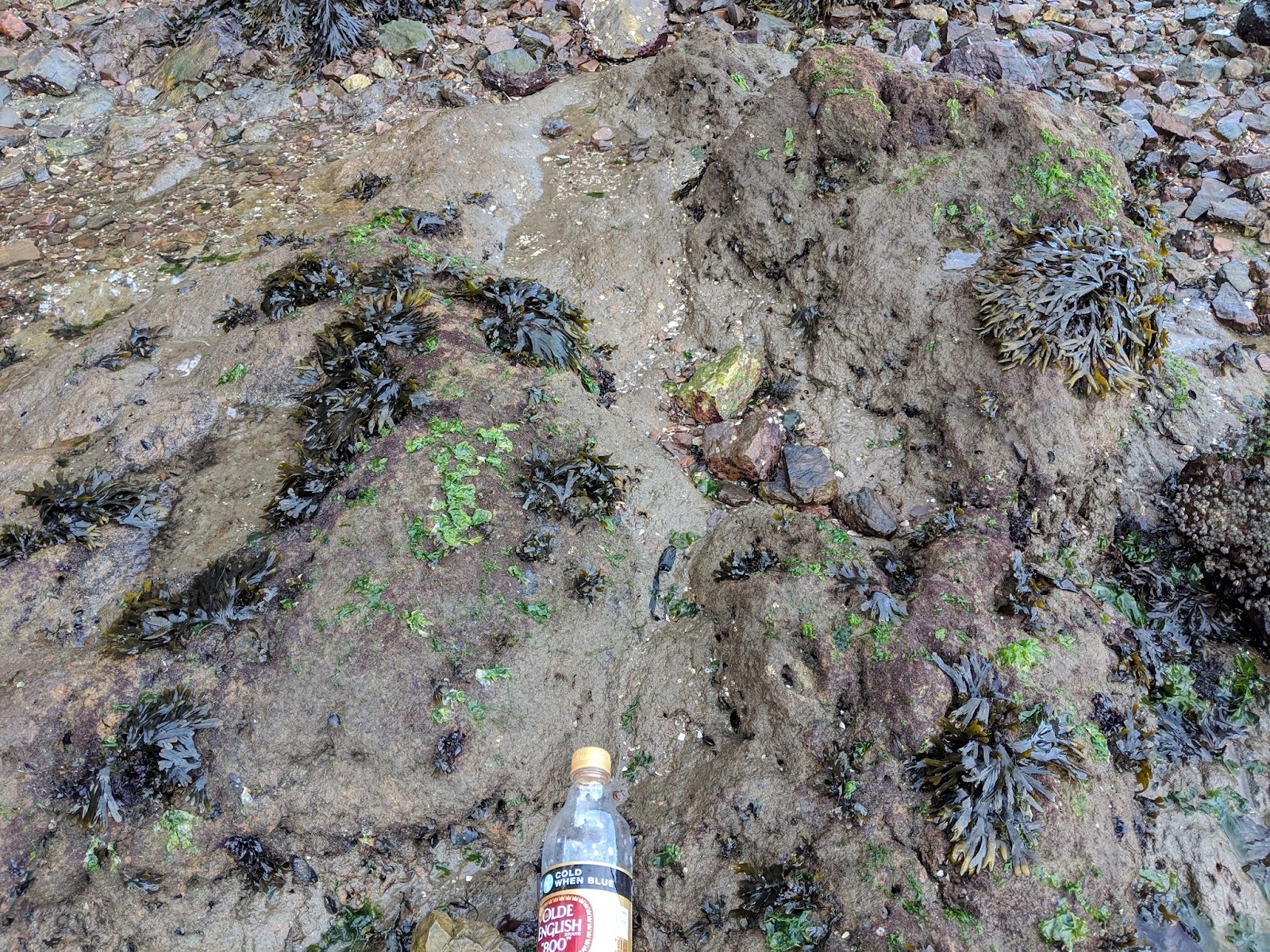 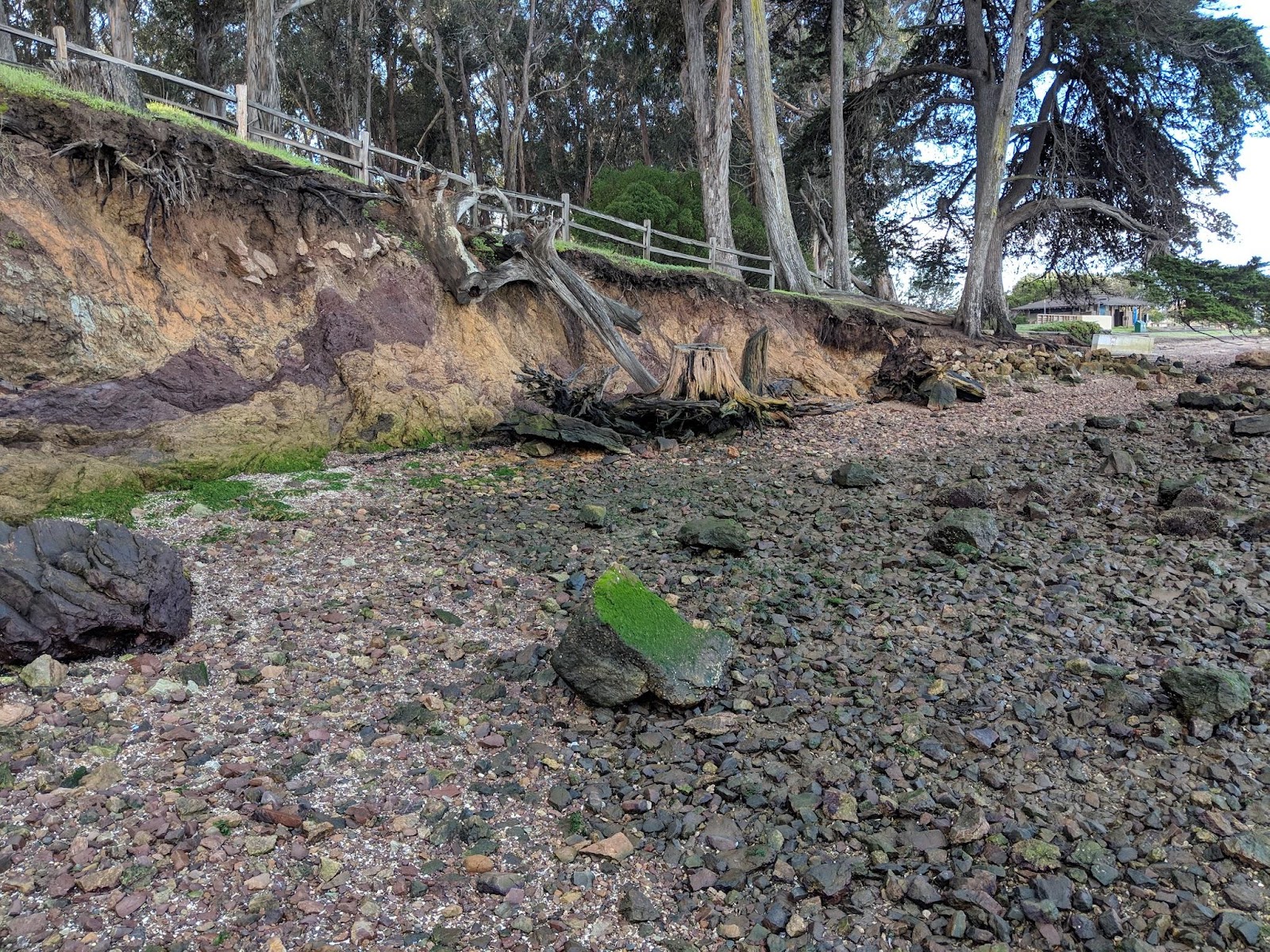 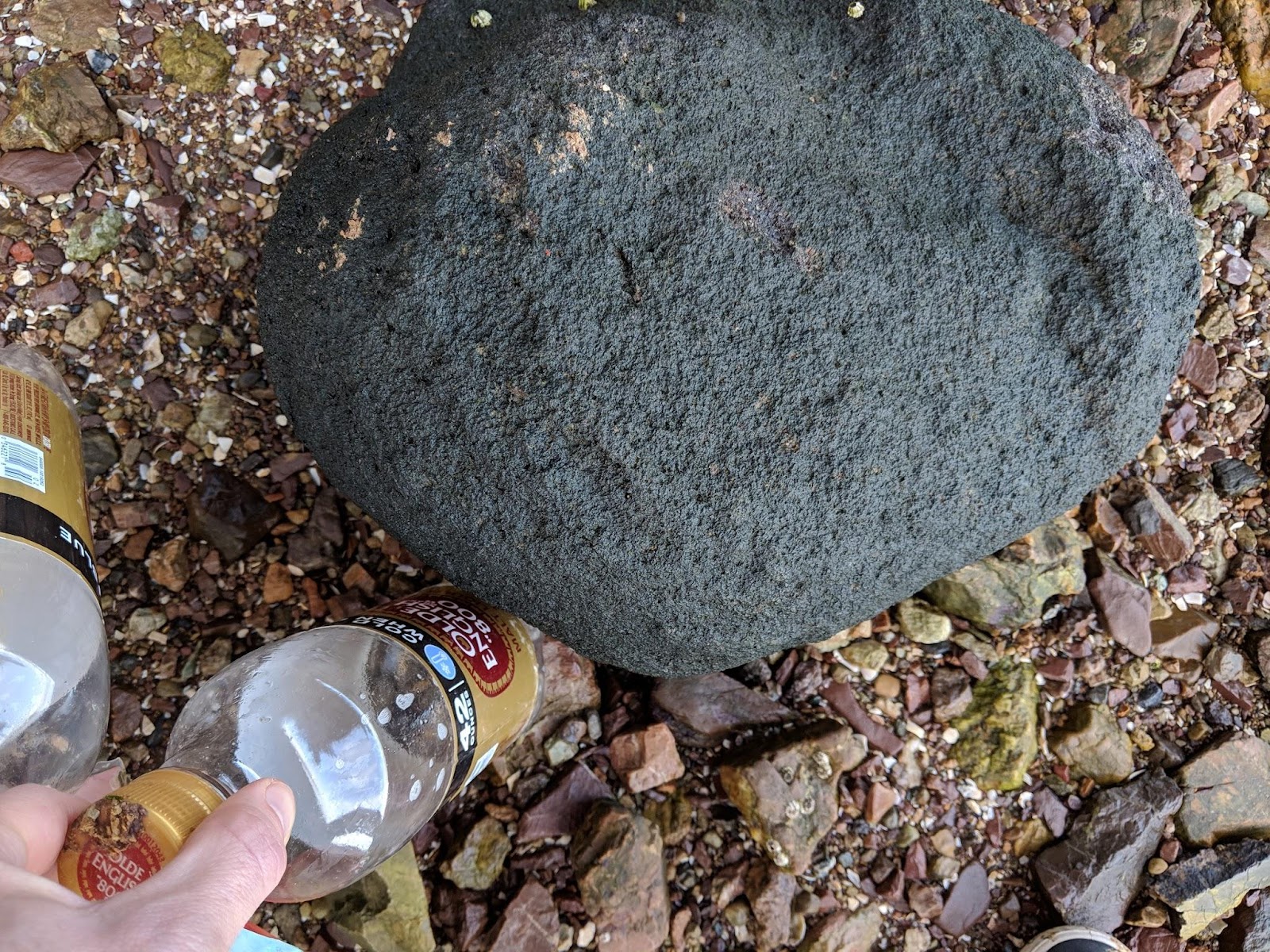 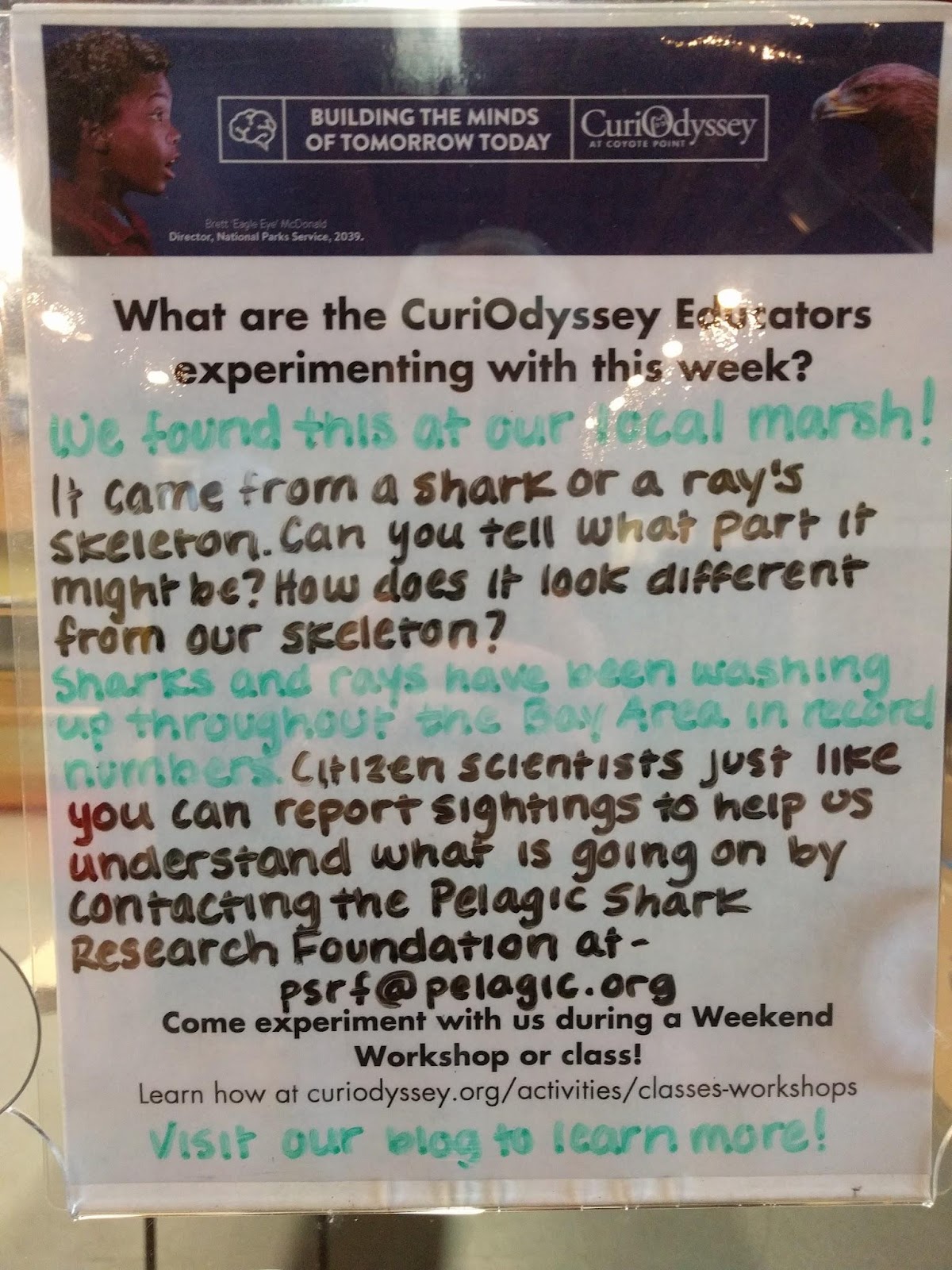 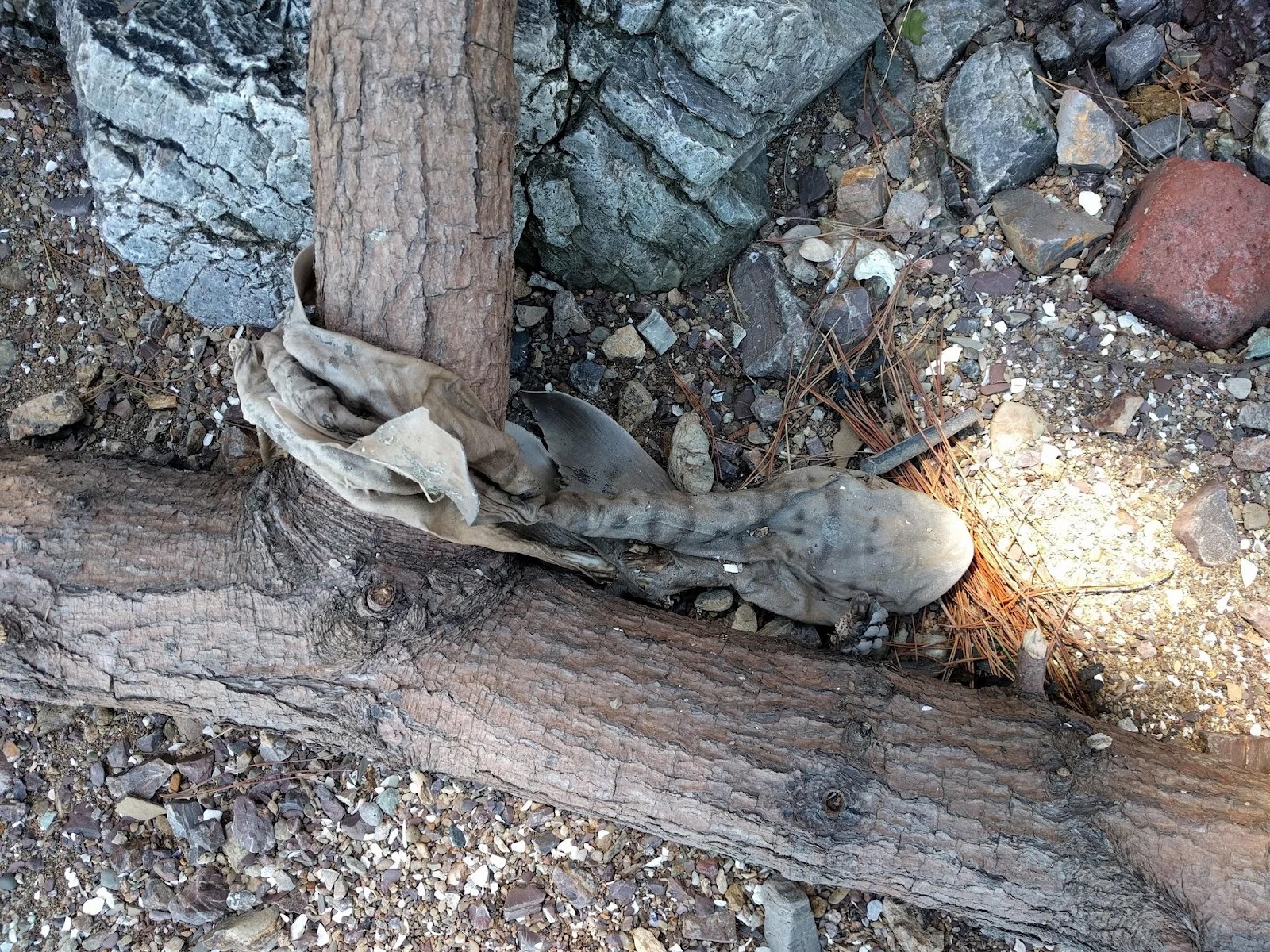 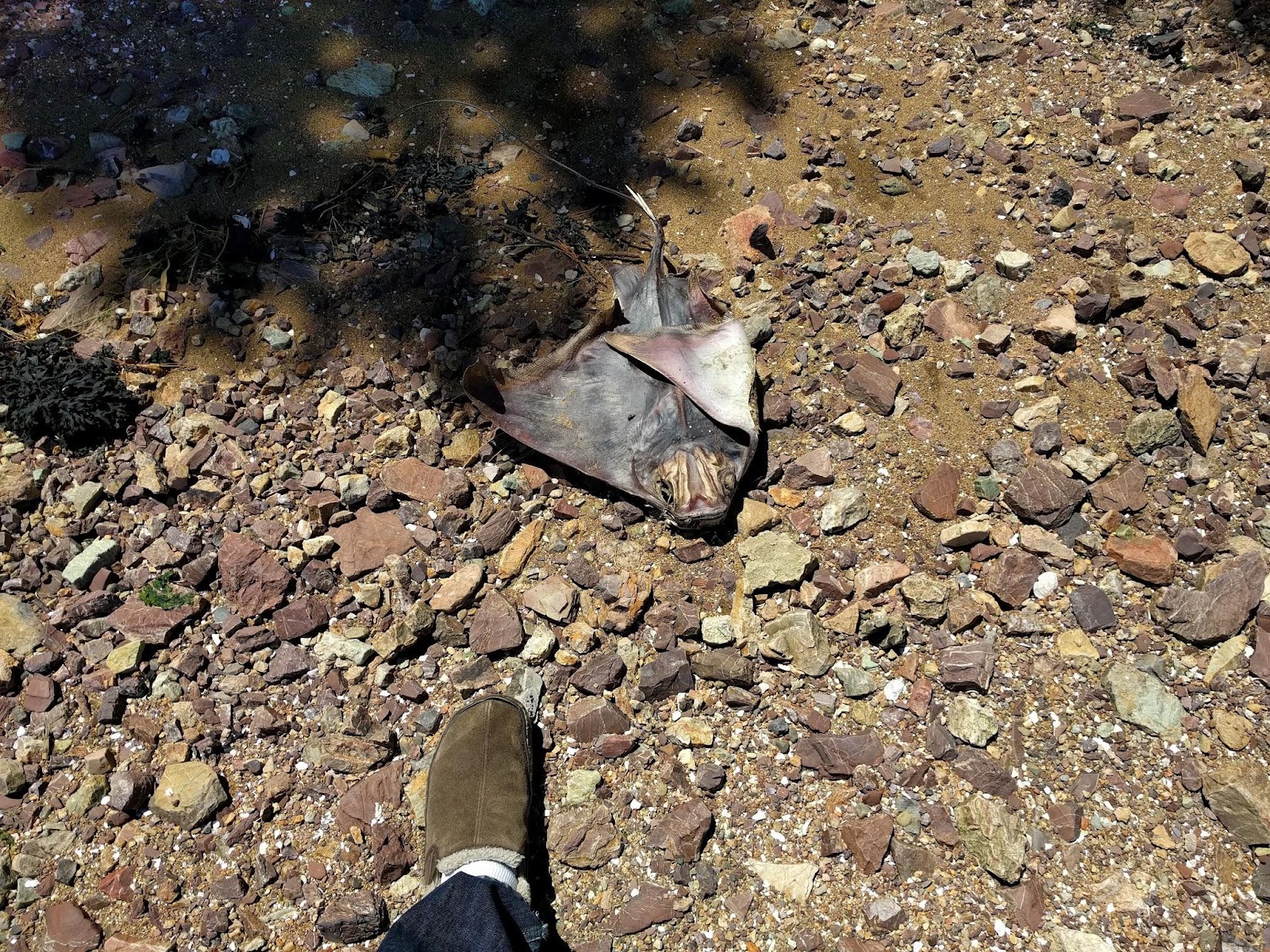 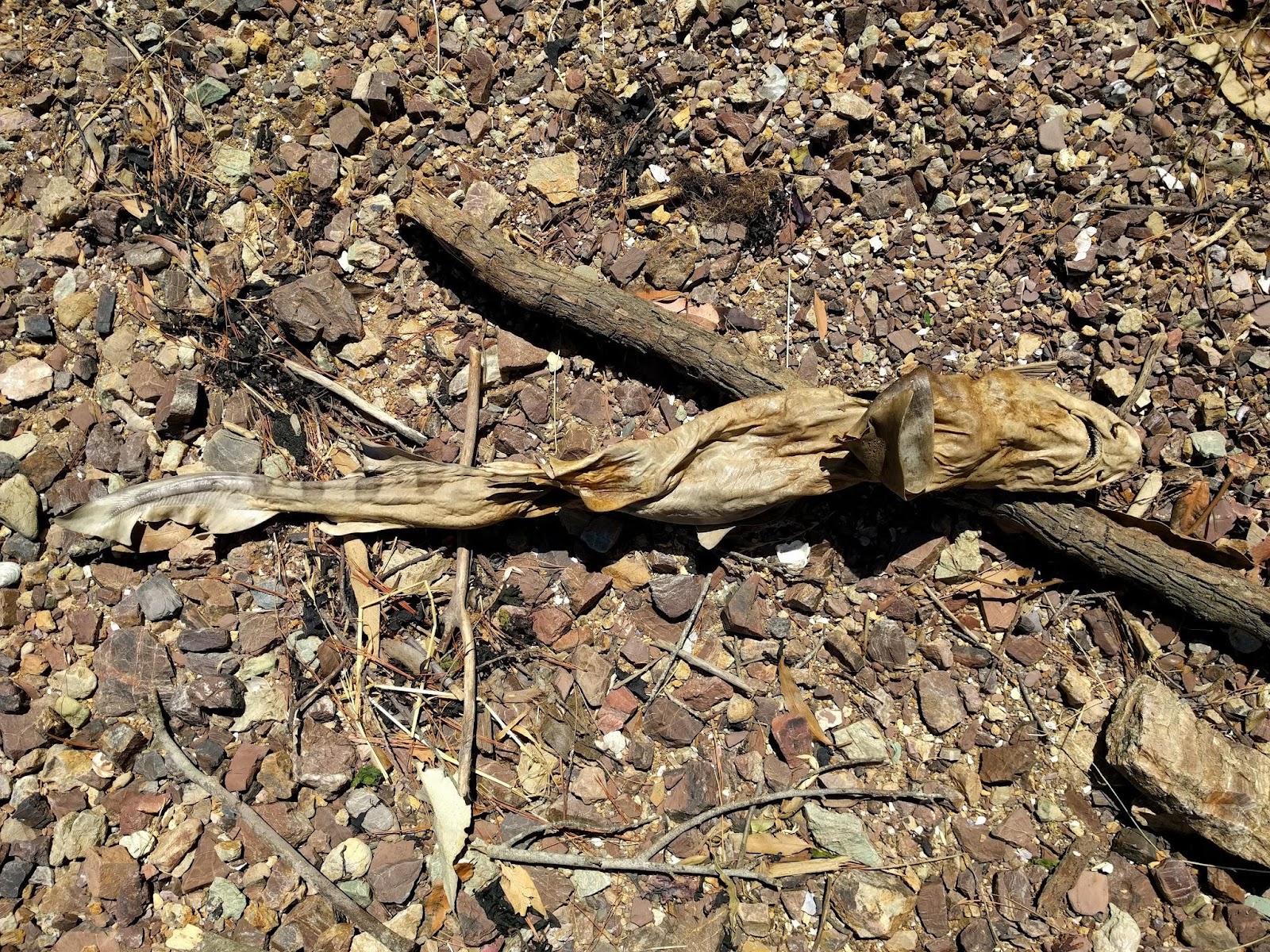 Coyote Point’s history includes Ohlone native american sites, an amusement park, a Merchant Marine cadet school, a college, a jail, and now the CuriOdyssey children’s museum, a golf course, a firing range, a playground, a marina and yacht club, and a sailboarding beach.

The E Clampus Vitus plaque -- The clampers sound like a fun bunch. CuriOdyssey -- A History of Coyote Point 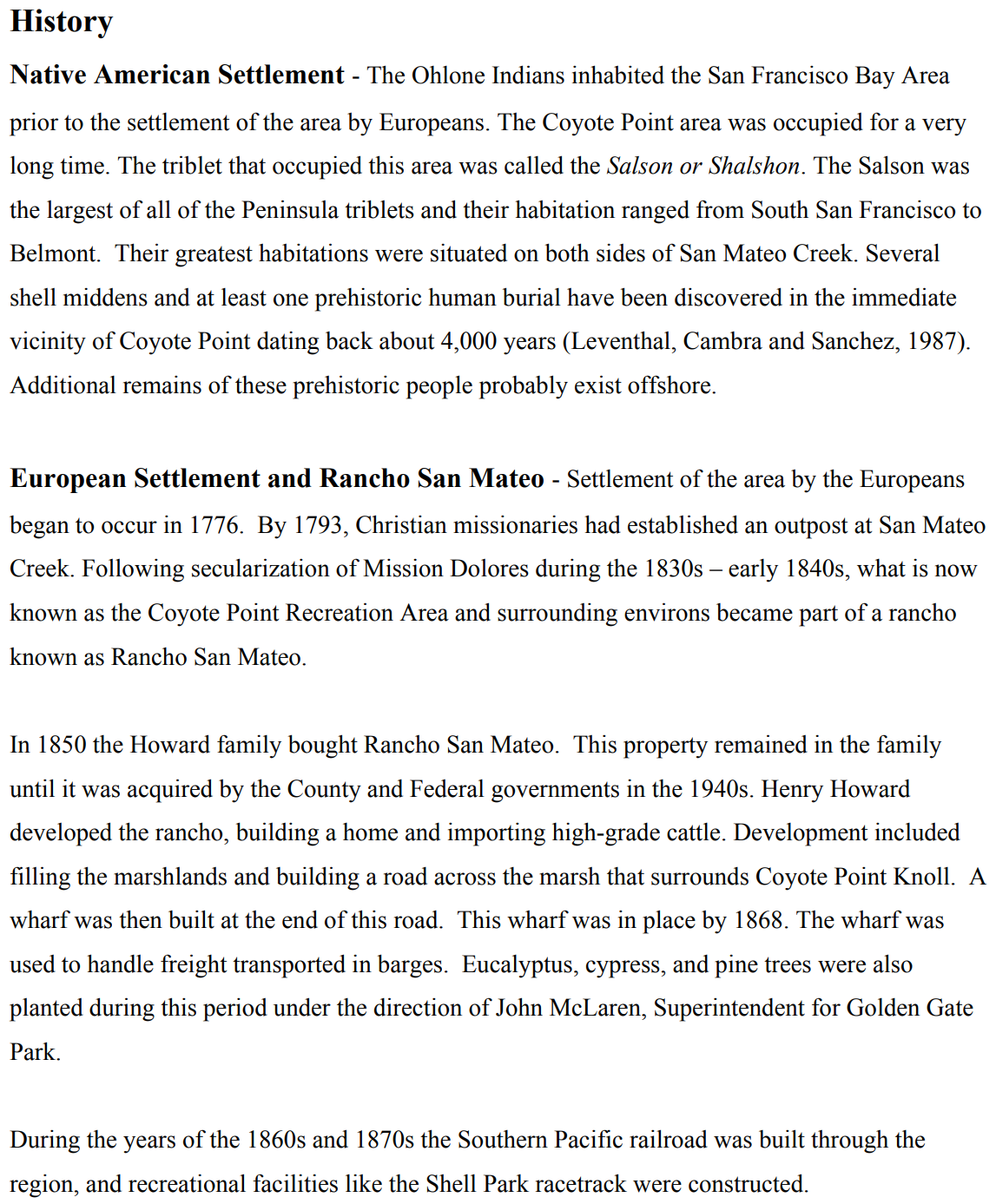 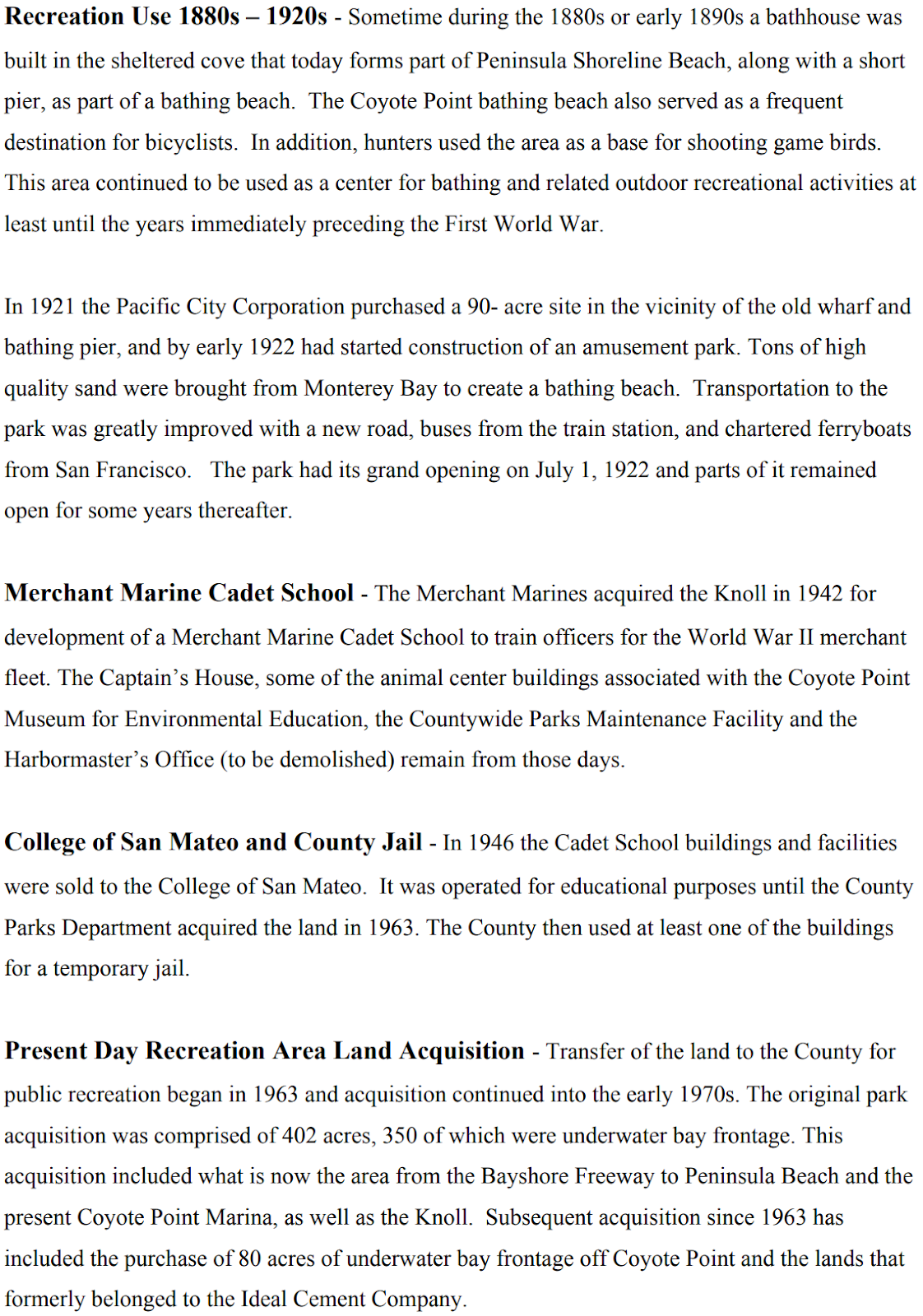 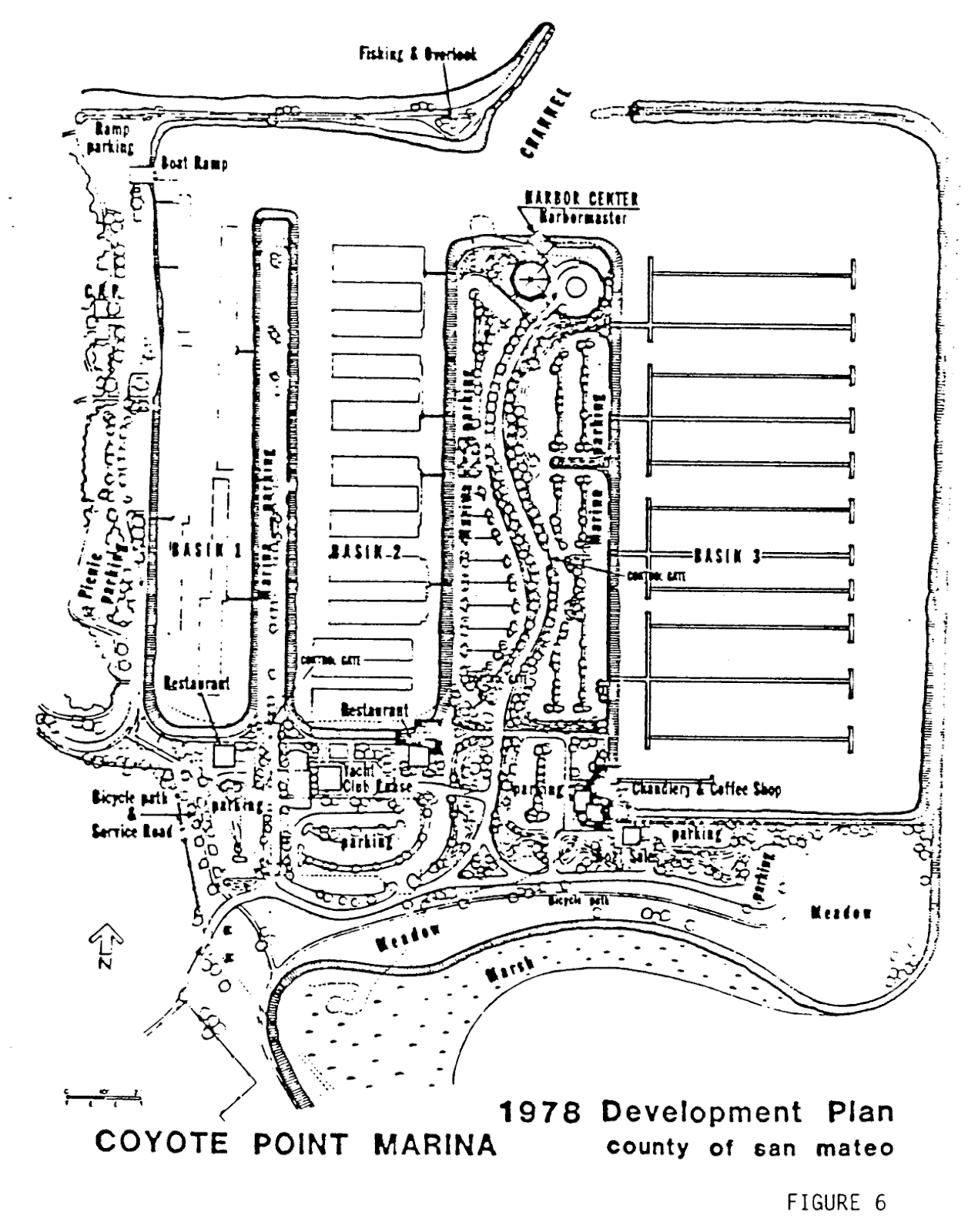