How to model a transmission gear in 3Ds max 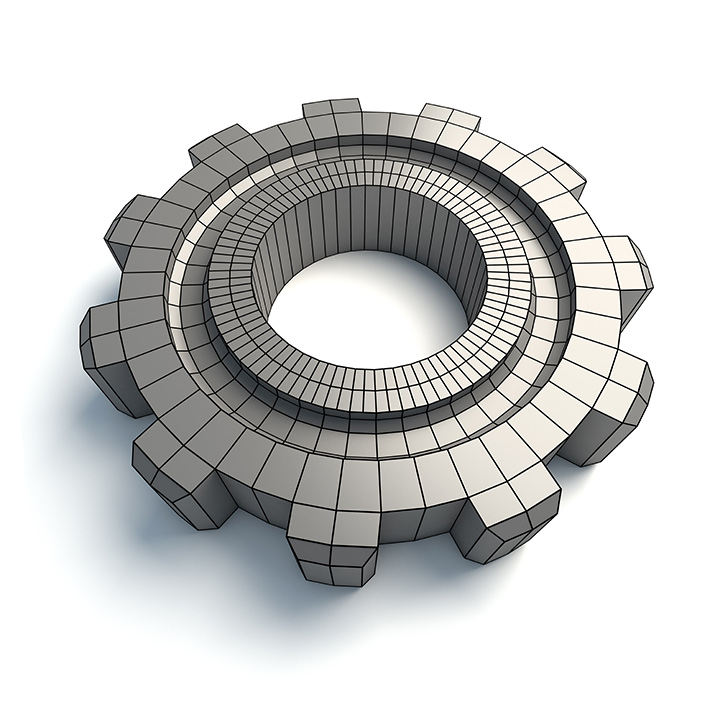 This tutorial is about modelling a transmission gear in 3Ds max starting from a tube, and using the Edit Poly modifier. 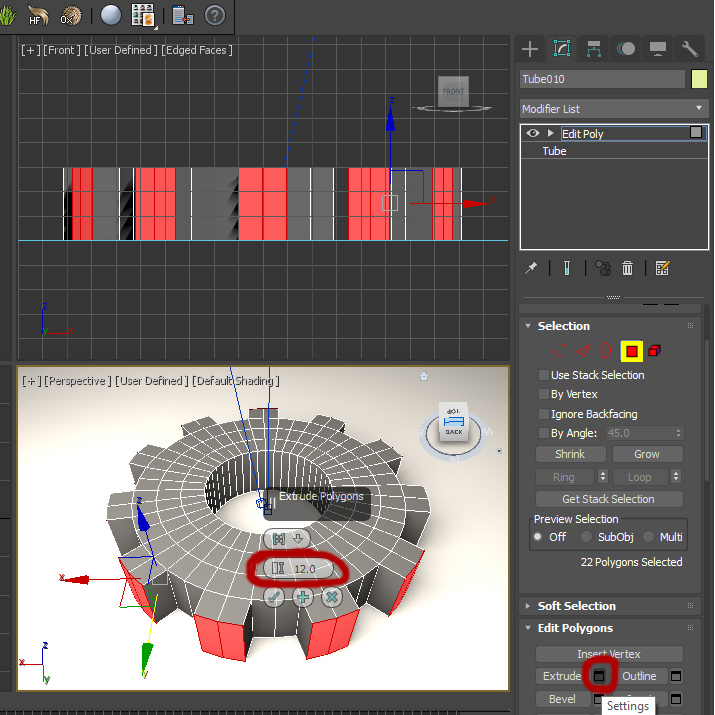 05. With all the necessary polys selected, from the Edit Polygons rollout, click the small dialog window icon right next to Extrude button. That will give you the options for extrude with certain value in the viewport. Enter 12 and click the plus button so that a second extrude comes up as shown on the next image. 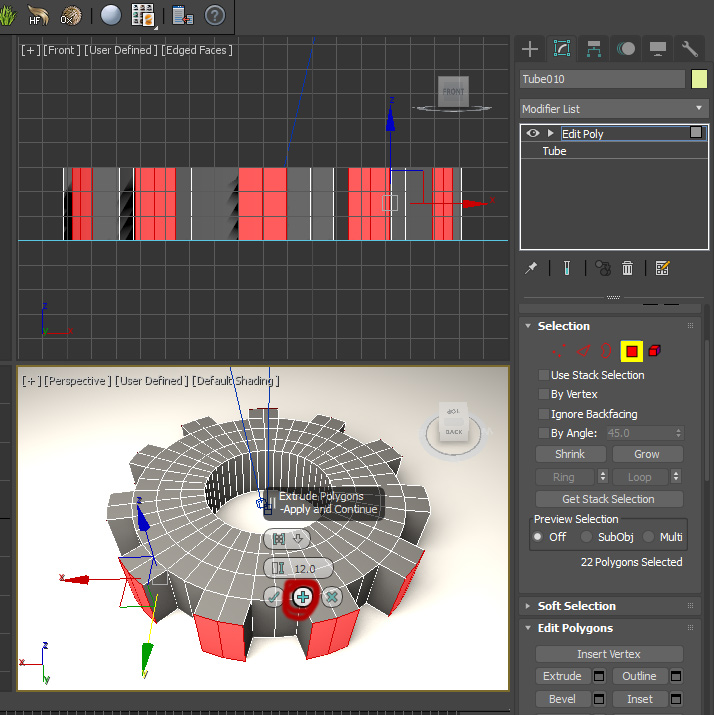 06. This time enter value of 5 (this part will make the chamfered top of the teeth)  and click the tick icon below. (next image) 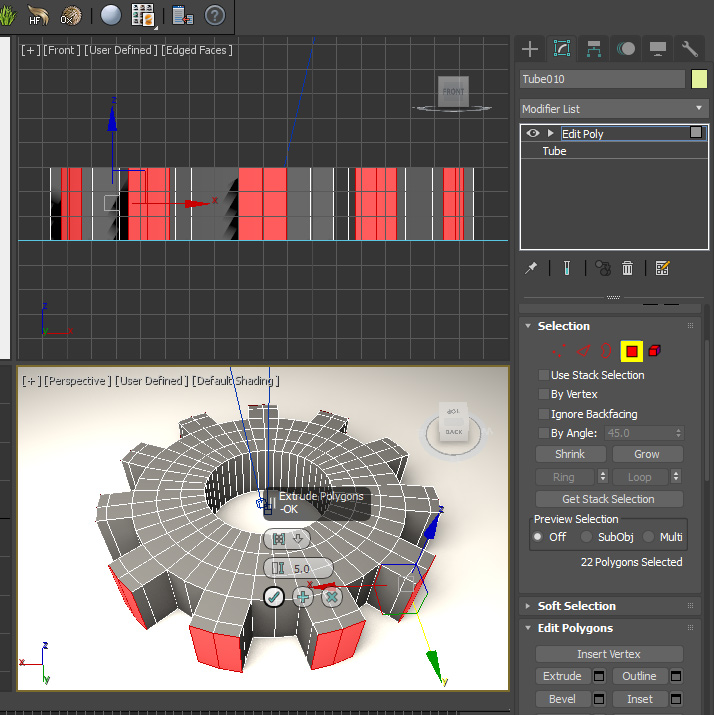 07. The next step is to “Outline”, again the small icon on the right of the button, similarly to the Extrude function you already accomplished. Circled in red at the following picture. 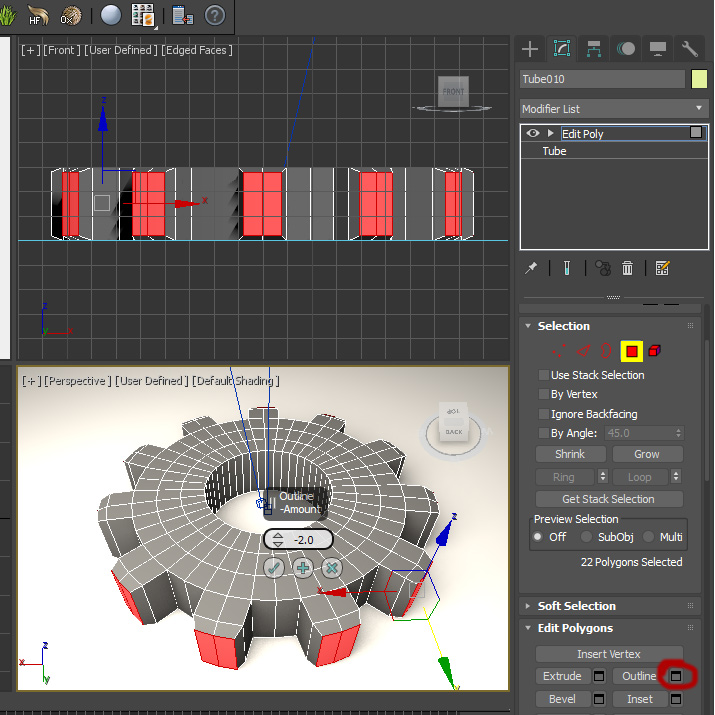 Enter a value of -2 and click on the tick icon below. 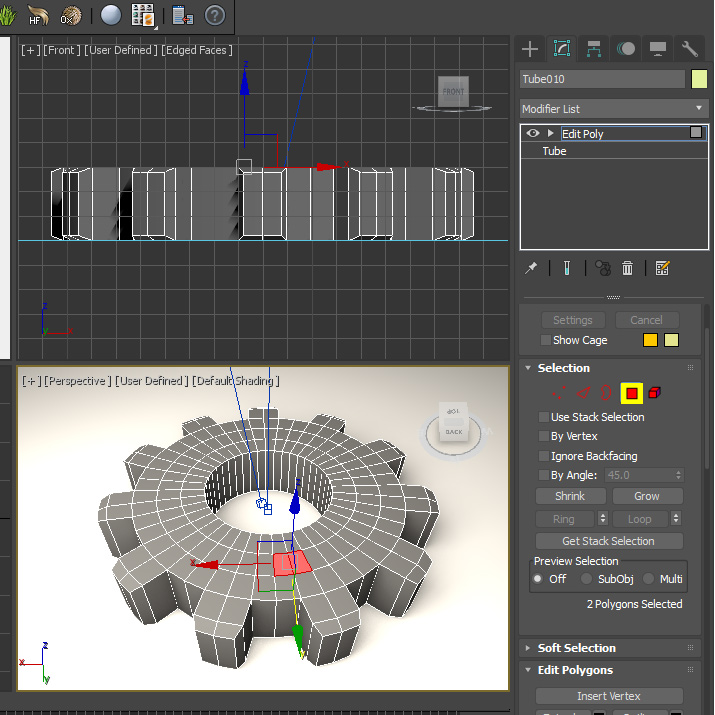 08. Last step is to create an additional detail. For the purpose select two neighbouring polygons holding the Shift key. That will select the entire ring as shown on the previous and next screenshots. 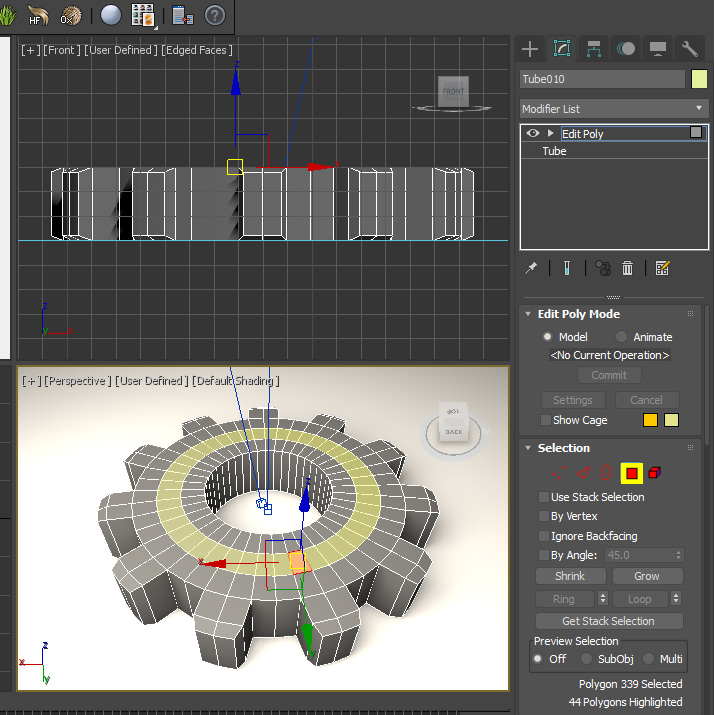 Than apply Extrude again with a value of -5. Click on the tick and that’s it. 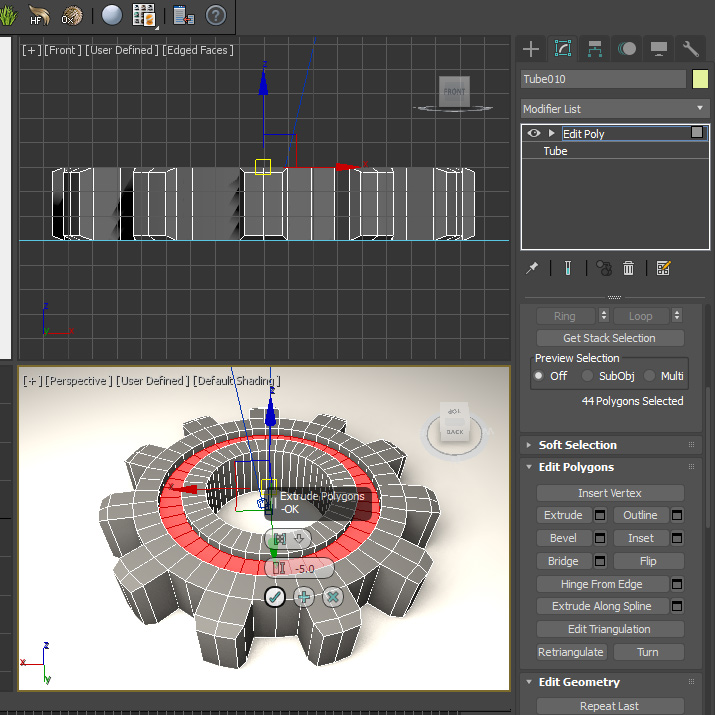 09. Deselect the polygons and exit sub-object level with a click on the polygon icon. You now have a realistically looking transmission gear.

Note: For the final image there are several more steps that add the edge outlines, that will be covered in another tutorial.