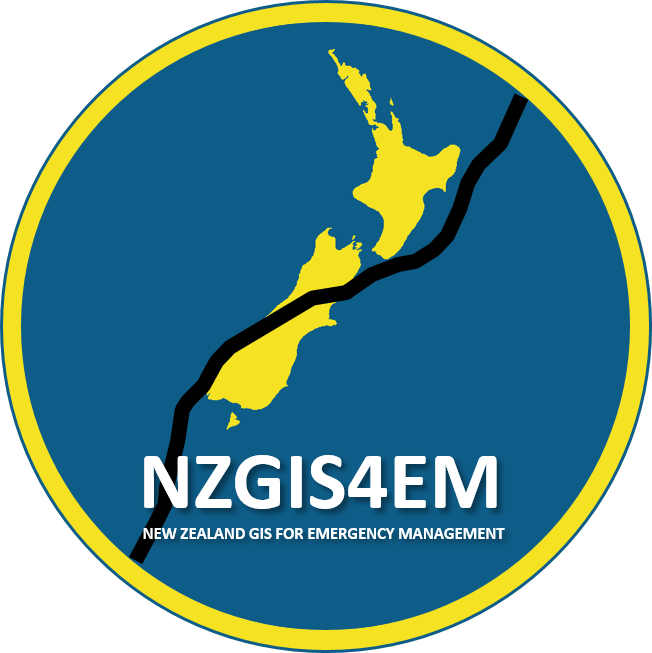 Design of the NZGIS4EM Symbology for Emergency Management        7

Use of NZGIS4EM Symbology for Emergency Management        7

In December 2018, this document is intended to be released to the NZGIS4EM community for use/review and consultation. The symbols and documentation are in an early draft stage. All suggestions for changes or new symbols to be added are greatly welcomed.  Please provide your feedback by emailing NZGIS4EM@gmail.com.

During 2016 and 2017, a series of major emergencies occurred in New Zealand. Geographic Information Systems (GIS) proved critical to generating and sharing intelligence, but lacked coordination across the country. In 2017, Eagle Technology facilitated a series of New Zealand Geographic Information Systems for Emergency Management (NZGIS4EM) workshops in Wellington, Auckland, Christchurch and Palmerston North. The workshops were led by Paul Doherty, formerly Eagle Technology, now with National Alliance for Public Safety GIS Foundation (NAPSG). A community of practice rapidly formed alongside the workshops, adopting the name NZGIS4EM. An Interim Committee was established, chaired by Derek Phyn from the Waikato Regional Council supported by Kate Waterhouse from the Bay of Plenty Regional Council as Secretary.

The Interim/Elected Committee was intended as a shared and coordinated voice for the use of GIS in Emergency Management across New Zealand. The core roles of the Committee were to advocate, educate, advise and to support, guide, and recommend best practice for GIS and Emergency Management practitioners while ensuring alignment to the principles and purpose of the Coordinated Incident Management System (CIMS). The Committee was not mandated to make decisions on behalf of the NZGIS4EM community or with regards to any products or services. However, the Committee could vote to make recommendations for decisions by a national governance group that was yet to be formalised.

At present the NZGIS4EM community has over 300 members from public, private, academic and charitable sectors. If you are interested in joining, contact Derek Phyn at nzgis4em@gmail.com.

A subgroup of interim committee members led by Craig MacAlpine, Fire and Emergency New Zealand (FENZ), volunteered to form a Working Group to identify or draft a symbol set as the basis for a recommendation of a National Symbology Standard for Emergency Management. This document represents the first step towards developing the symbol set.

The purpose is to draft a set of symbols to form a basis for discussion with the NZGIS4EM community. Version 0.1 was released at the annual NZGIS4EM Special Interest Group (SIG) held on the 20 August, 2018 at the NZ ESRI User Conference (NZEUC) hosted by Eagle technology in Auckland. Feedback from the SIG participants was incorporated into Version 0.2. This version was then reviewed and approved by the NZGIS4EM Committee in November 2018.  The symbols are intended for use in information products including maps, reports, dashboards, infographics, and websites.

All suggestions for changes or new symbols to be added are greatly welcomed.

Consistent symbols can also indicate that the information presented uses common data and schemas, or a single source of truth. Furthermore, standards support interoperability and integration of data to enable shared information across organisations and operating systems in emergencies.

It is intended that this work on symbology for emergency management may one day form the basis of a recommendation for a National Technical Symbology Standard for Emergency Management, in the first instance sponsored by the Ministry of Civil Defence & Emergency Management (MCDEM) under the CDEM Act 2002. The standard should be regularly reviewed to evolve over time in the context of national and international best practices.

The majority of symbols considered by the NZGIS4EM Symbology Working Group were sourced or adapted from the ANSI INCITS 415-2006 – Homeland Security Mapping Standard – Point Symbology for Emergency Management which is based on the Homeland Security Working Group (HSWG) Version 2.20, released September, 2005. This is in recognition of the current use of these symbols in incident management systems by Fire and Emergency New Zealand (FENZ).

From 2003 onwards, FENZ formerly the New Zealand Fire Service (NZFS), in conjunction with National Rural Fire Authority (NRFA) and Ministry of Civil Defence & Emergency Management (MCDEM) worked on a symbol set based on HSWG and symbols sourced from NZFS and NZRA. The resulting symbol set was never formally adopted by these agencies, however, internal use highlighted the value of consistent symbology. Some NZFS and NZRA symbols were adopted into the HSWG symbol set.

The group acknowledges there are several other symbologies for emergency management currently available or in development in the public domain. The working group have sourced or adapted some symbols from these sets, particularly from National Alliance for Public Safety GIS (NAPSG). Further symbols will be added and customised following consultation with stakeholders, the NZGIS4EM community, and updates to existing symbologies. For example, later in 2018 a major update is expected of the Emergency Management Spatial Information Network Australia (EMSINA) Australian All Hazards Symbology.

The Intergovernmental Committee on Surveying and Mapping (ICSM) and the Australia New Zealand Land Information Council (ANZLIC), supported by EMSINA developed the All Hazards Symbology (AHSS) for adoption by emergency management agencies across Australia and New Zealand.

EMSINA have a process for accepting symbology changes and are interested in considering whether there are opportunities for alignment between NZGIS4EM and EMSINA, particularly once EMSINA publish their latest symbology set version. NZGIS4EM are in discussions with EMSINA and plan to review the new EMSINA symbols for adoption when released.

Environmental Systems Research Institute (ESRI) has designed emergency management symbols for ArcGIS. There are no restrictions on use. Some public domain symbols are attributed to the Noun Project, which are icons created by the global community.

National Alliance for Public Safety GIS (NAPSG) Foundation is a not-for-profit organization that specialises in decision-support technology for public safety and emergency management. The NAPSG symbol set is reviewed and updated frequently. For more detailed information, see NAPSG Overview Document: Incident Symbology – Phase 3. NZGIS4EM are in discussions with NAPSG and plan to review any new NAPSG symbols for adoption when released.

United Nations Office for Coordination of Humanitarian Affairs (UNOCHA) designed all hazards symbols for use across multiple audiences, including the general public, during disaster and humanitarian relief. The symbols are available for use in the public domain and suggest crediting OCHA whenever possible. They can be downloaded from the Noun Project in any colour required.

Of 155 draft symbols selected by the NZGIS4EM Symbology Working Group, 51 symbols were customised by FENZ. The remainder were sourced from HSWG (70), NAPSG/UNOCHA (7), NRFA (22) and NZFS (7). Table 1 summarises a selection of existing symbol sets for emergency management.

Design of the NZGIS4EM Symbology for Emergency Management

Shape        The shape of the symbol represents categories of symbols

Border        ANSI INCITS 415-2006 allows for border colours to change to indicate the extent of damage or level of operation.

Colour        All symbols are on a white background to be visible irrespective of the basemap or imagery used. The symbols are designed to be distinctive when printed in either colour or black and white. Where colour elements were added, they did not affect any black and white representation.

Naming        Each symbol is named according to its representation and the size of the symbol e.g. Flood_256.png

Format        The symbol set is published in Portable Network Graphics (PNG) format at 256 x 256 pixels suitable for printing large A0 to A3 maps for planning and briefing purposes. If a small symbol is required (below 12 point), the category shape can be used as the symbol. For instance, use a diamond to represent an incident.

NOTE -         NZGIS4EM symbology working group will consider providing further formats and sizes requested (this will include .svg) after the 6 month review period.

Use of NZGIS4EM Symbology for Emergency Management

The Emergency Management Symbology for New Zealand is available for download from the NZGIS4EM website, see nzgis4em.wordpress.com.

There will be no restrictions on the use of the symbol set unless restrictions are implied through adoption of an international standard. Refer to page 12 for sources.

The symbol sets for emergency management listed in table 1 are all published in the public domain. This appears preferable to licensing under Creative Commons as all types require attribution in products.

An option for consideration would be offering the symbols created by NZGIS4EM for download from the Noun Project, with a suggestion to attribute NZGIS4EM where possible and notify use and/or feedback via email.

Symbols sourced or adapted from: