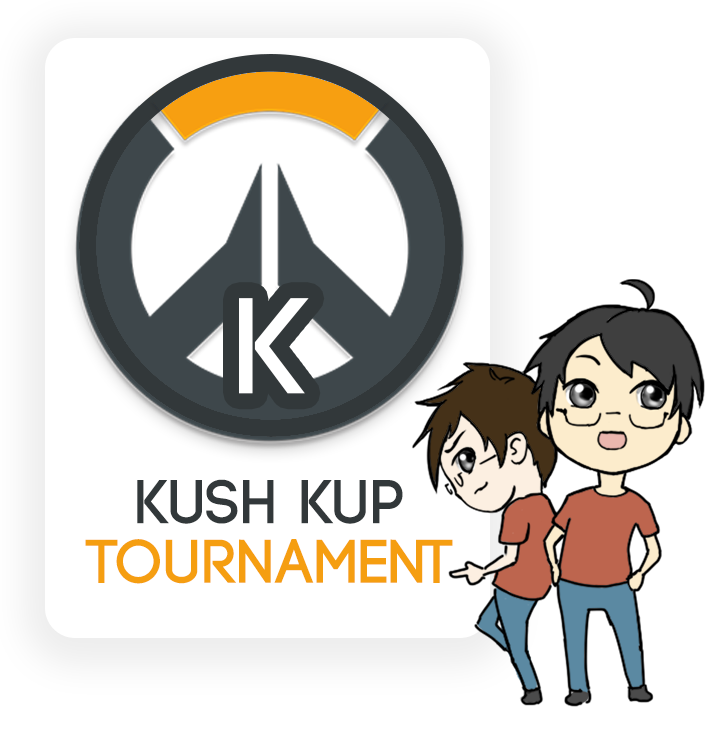 The Mikecast Kush Kup is a year-end Overwatch tournament to give our community Overwatch players a chance to compete in an organized setting with each other and play in a fun and friendly environment. Often enough, Overwatch can be filled with toxic players who have no interest in helping the team succeed, and this can make up most of our in-game experience.

With the Kush Kup, we hope to bring what we think Overwatch should really feel like, where players can count on friendly teammates who are willing to work with them.

On behalf of the Kush King himself, welcome to the Kush Kup!

Click any header to jump to the corresponding section

1.1 Player Eligibility for the Kush Kup

1.1 Player Eligibility for the Kush Kup

In order to sign up to compete in the Mikecast Community Kush Kup as a “Player”, players must:

Players will be drafted onto teams as per selected team captains. Player drafting will take place on Friday, November 15, 2019.

Each team captain will take turns selecting one player from the general player pool until all six slots have been filled. Player role preferences will be provided to team captains for consideration but player selection is not limited to the role (ie. you may select players regardless of what roles are already present on your team).

Additional players may be picked as bench players if the number of players do not divide evenly into full teams of six players.

You must play on the account which was approved through the Kush Kup player application form. No alternate accounts can be used for the duration of the tournament.

Players that are participating in an official Kush Kup Tournament match may stream their own gameplay. However, all streams MUST be set to at least a 3 minute delay.

Players should adhere to the following guidelines throughout the tournament:

Each roster must have a minimum of 6 players, with a maximum of 12. These are the only players allowed to play in a Kush Kup official match.

Roster changes, i.e. adding or dropping players from a roster, is not allowed at any point after drafting has concluded. Player trading is not allowed between teams.

Team Captains will be designated prior to the player drafting phase of the Kush Kup.

Primary responsibilities of a Team Captain are as follows:

Semi-final matches will be played in a First to Three format. The team with the greater overall score at the end of 3 maps will be the victor of the match, and will proceed to the grand finals.

Grand final matches will be played in a First to Four format. The team with the greater overall score at the end of 4 maps will be the victor of the match. If there is a tie after 4 maps, a 5th tiebreaker map will be played. This map will be decided by Kush Kup Tournament administrators and communicated to both teams prior to the start of the match.

The Kush Kup will feature the existing competitive map pool. Actual map rotations will be released prior to the start of the tournament.

In the case of a bug in the current Overwatch patch, the Kush Kup Tournament administrators reserve the right to enforce a map ban for any length of time.

First map of every match will be determined by the map rotation and game type as designated in the master spreadsheet. Subsequent maps will be selected by the team who lost the previous map. Teams will also swap attack and defense on subsequent maps.

Tiebreaker maps will be decided by the Kush Kup Tournament administrators.

Only heroes enabled in competitive play may be selected for use in official Kush Kup Tournament matches.

If a new hero enters competitive during the middle of the tournament, that hero will be unavailable unless otherwise specified.

In the case of a bug in the current Overwatch patch, the Kush Kup Tournament administrators reserve the right to enforce a hero ban for any length of time.

Matches must be hosted in a lobby in which a Kush Kup Tournament administrator is the lobby owner. Players are expected to be in the lobby 10 minutes before the start of their match so matches can start on time.

The Kush Kup will adhere to all standard competitive lobby settings imposed by the most recent Overwatch patch, including 2-2-2 role lock.

Players may switch roles between maps.

Only rostered Players, Casters, and affiliated Team Staff will be permitted in the match lobby. Team staff and player rosters are listed in the master spreadsheet. In the event that the lobby is too full, the priority for spectator slots will be granted in the following order:

Match chat is to be used by Team Staff, Production Staff, and Kush Kup Tournament Administrators only. Match chat is reserved for calling roster subs, readying, and pausing. Other chatter should be kept to a minimum.

Matches will start at a time determined by the Kush Kup Tournament administrators. It is expected that teams arrive early to the lobby so that the match can start at the posted time.

If your team does not have six players in the lobby who are eligible AND ready to play 15 minutes after your scheduled match time, your team forfeits.

Pauses will be granted by the Lobby Owner for disconnections, technical difficulties, or any other immediate issue that renders a player unable to play. Players may call for a pause for these reasons.

Three pauses of five minutes are allowed per team. Pauses cannot occur until the teamfight is over (meaning all combat except long range neutral combat must cease before a pause can occur).

Teams and players are responsible for their own technical issues including but not limited to Internet availability, power, hardware, and software. Matches will continue as normal unless otherwise specified by Kush Kup Tournament administrators.

If there is a dispute regarding a decision made during the match, i.e. incorrect lobby settings, not awarding a pause, or anything that may interfere with proper gameplay, a Kush Kup Tournament administrator should be contacted immediately to help sort out the issue.

If the Overwatch servers or the production computer crash during an official match, Kush Kup Tournament administrators may call for a match reset of either an individual amp or the whole series.

All Mikecast Discord channels, stream chat, match chat and other associated channels of communication are subject to the entire Community Conduct policy. In order for the community members to feel welcome in the Mikecast community, each member is expected to treat all other members with respect. The bottom line is: If you treat others with respect, you are not at risk of punishment.

You are expected to treat all community members with respect, old and new, both inside and outside of the Mikecast Kush Kup environment. Any instances of our Community Conduct rules being broken (with evidence) - regardless of which platform it occurred on - are fair game for disciplinary action.

Players and teams are responsible for reporting instances of unsportsmanlike or disruptive behaviour and cheating to the Kush Kup Tournament administrators using this report form.

The Mikecast Community and Kush Kup Community Conduct Policy will be mostly enforced using the strike system. When an individual commits an infraction against the Community Conduct Policy, they will be subject to punishment using this strike system below. An individual will typically start by receiving a warning and in further infractions will receive the next corresponding Strike. 3 Strikes and you are out.

Please note the Mikecast Discord administration reserves the right to assign punishments while skipping strike tiers in severe or extreme cases as determined by the administrators.

You may appeal your official warning or strike by contacting a Mikecast Discord or Kush Kup Tournament administrator. Include what you think we got wrong with evidence, and your perspective of the contested situation. This must be done within 3 days of being communicated of your violation. Otherwise, the record will stand as is. The Admin team will review your appeal, but there is no guarantee it will be approved or denied.

If you have a question regarding the tournament, please start by checking the FAQ section on the website (https://mikecast.tv/kush-kup/faq), followed by reading this rulebook. If your question has still not been answered you may ask an administrator on the Mikecast Discord.

If you believe that a player is cheating or smurfing (i.e. a player is playing above their current reported SR), please bring those allegations to an administrator as well.

In the event that the admin team has found sufficient evidence of a player to be cheating using “Aim Assist”, “Aimbot”, or other external software to remove the offending party from play, the offending party may appeal if it follows the following criteria.

The Appeal must contain:

A set of VODs from a stream (NOT a private recording) on either YouTube Gaming or Twitch or Mixer.

The VOD must contain AT LEAST:

These items are non-negotiable. Any appeals submitted which do not conform to these standards will not be accepted.

Additionally, the following item is highly recommended, and not having them will not reflect well on the appeal’s efficacy:

In order to prove innocence, the offending player/team must demonstrate the following:

Appeal decisions are at the complete and sole discretion of the Kush Kup Tournament administrators. All decisions reached after as a result of the appeal process are final.