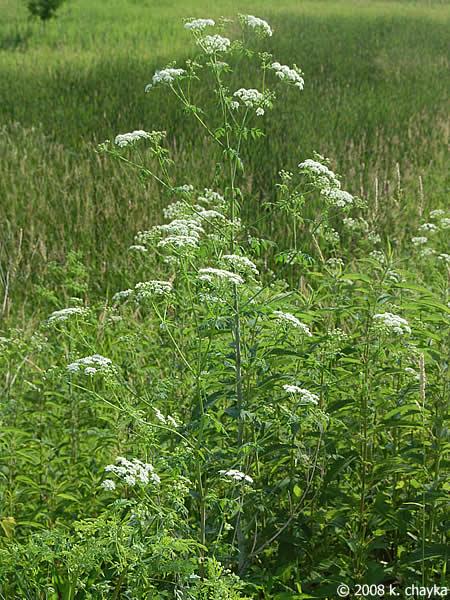 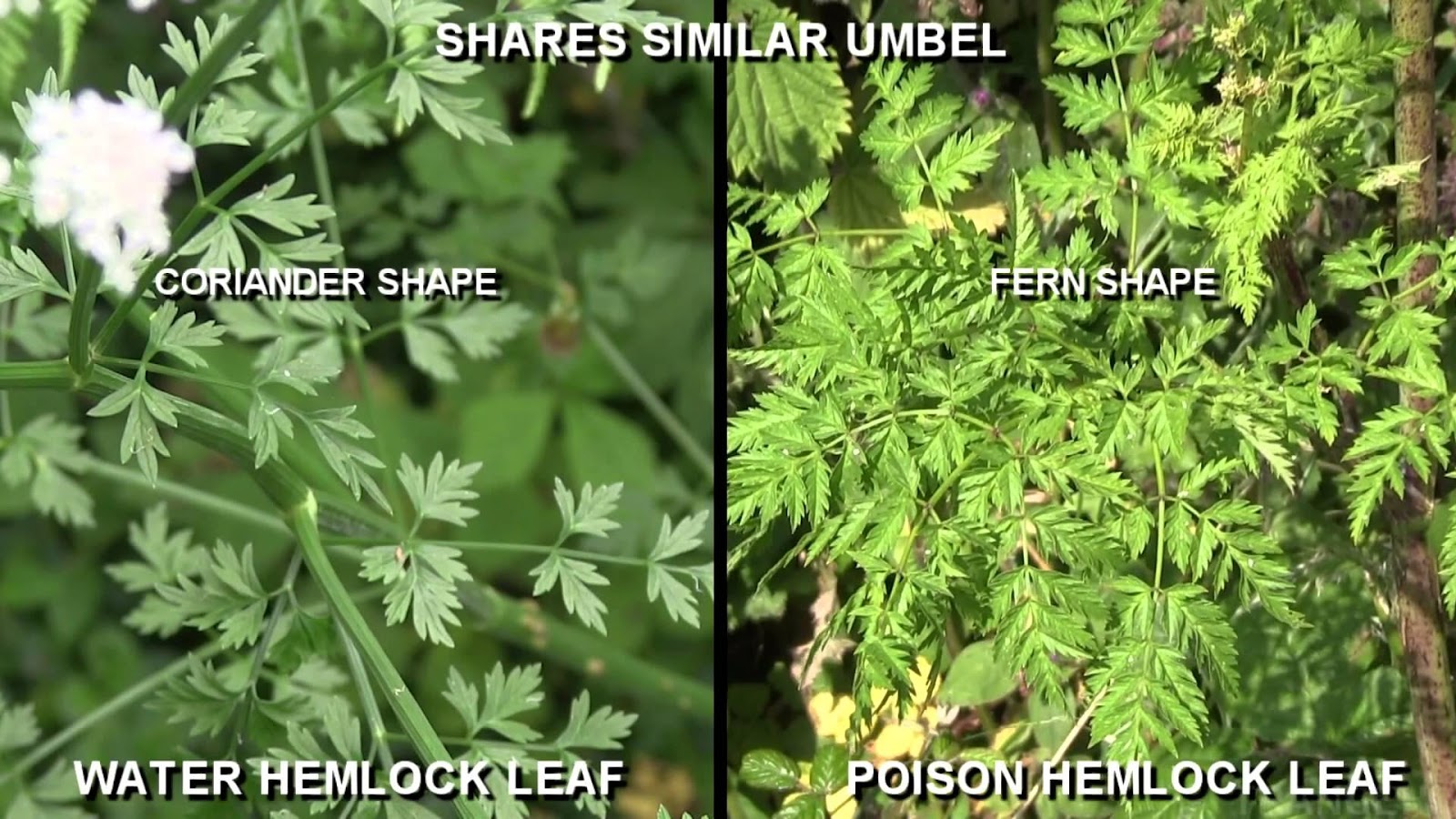 Poison hemlock is a biennial and means that it lives its life over two years. In the first year, Poison hemlock goes through vegetative growth. In the second year, it will produce small white flowers arranged in umbrella-like cluster similar to Wild carrot. It is in the second year, when it bolts and flowers, which tends to catch the eye. The flower stalks can grow 3 to 8 feet tall. The leaves are finely divided having a triangular shape. When comparing both Poison hemlock and Wild carrot leaves, Wild carrot has a more rounded lobe in the leaf. Poison hemlock’s leaf looks like a sharp arrow head.

Poison hemlock can be found in moist soils of pastures, rangeland, floodplains, right of ways, and disturbed areas.

Poison-hemlock is sometimes confused with Western water hemlock, and is a more deadly species, because the names are similar. It is usually not palatable to livestock, but if they ingest as little as .25 to .30 percent of the animal’s body weight it will be lethal to the animal. The stems are less poisonous than the rest of the plant. Children have been poisoned after using the hollow stems for whistles and peashooters. Please BE CAREFUL!