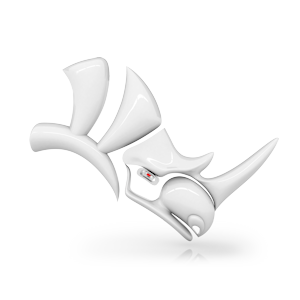 Obviously, each software is going to have its advantages and its disadvantages points. However if you're more of an organic type of designer and have used Rhino in the past, there are several issues with Fusion that are hard to overcome.

I had the appreciated opportunity to take a certification program for Fusion through TechShop in Pittsburgh, PA, However, as long-time Rhino user, the switch between the two programs meant I had to change the way I think and design pretty comprehensively.

It's been awhile since I designed outside of Rhino, and these are the impressions that stuck with me when using Fusion360. I have organized my impressions into two categories: Rhino Advantage and Fusion Advantages.

1. I missed the command bar. Designers tend to memorize certain commands they use on a frequent basis - no such thing in Fusion. 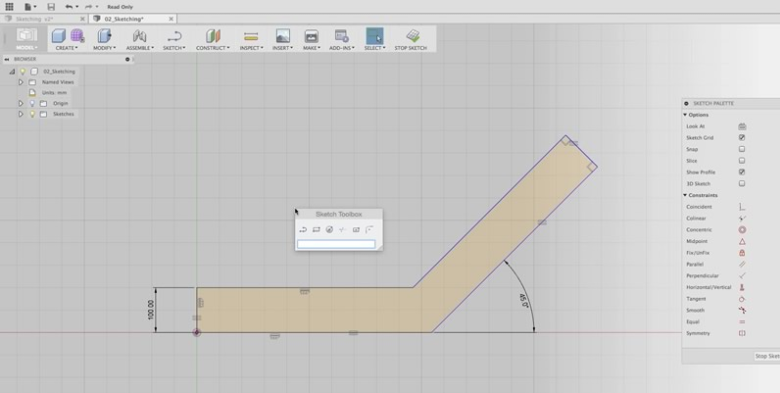 2. Everything is done in hierarchies. It's like the most left-brained programmer that ever existed decided to organize everything in the way he would design. This may actually work well for a lot of people but this kind of structure does not play well with the way I think. Rhino has its own layers system where the the designer is encouraged to create layers for specific objects but Fusion forces you to do it. You can't just click on something and edit it. 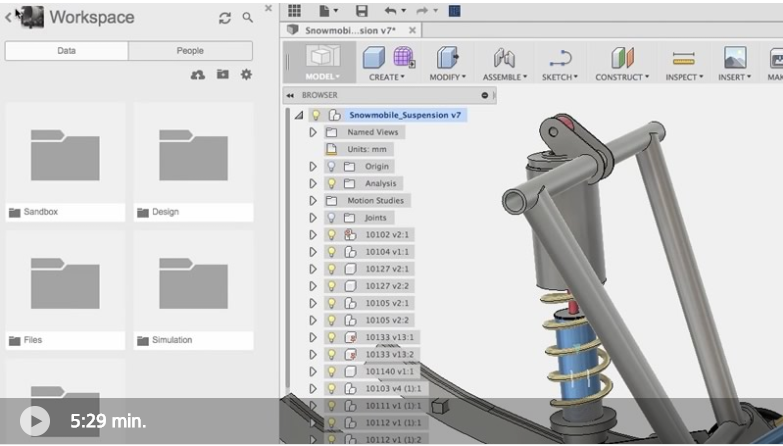 In Rhino, you can just create a layer, hide it, re-select whatever is in it later with one command and do whatever you wish to the object without having to click on several different hierarchies and mode requirements until the program allows you to what you need to do. In Fusion, you have to go within the hierarchies to go within those hiejrarchies until you find the object and its correct, create or modify mode.

3. The modes confused me. You have modes like Create, Modify, Symmetry and Sketch - it locks you into doing only one thing at a time which frustrates the daylights out of me, frankly. If you decide you want to add a curve while you're in Sculpt mode you have to go back and click and click some more until you get to Sketch mode - I'm sure it's a learning curve that one gets through in time but it's a whole different ballgame than Rhino.

4. They don't really have viewports - you have to click on either X, Y or Z planes to start constructing your object from there. After you finally figure out how to design something using all four viewports at once in Rhino, the paradigm shift into Fusion can really be a wrench in your process.  I wish it were more intuitive.

5. Rhino’s power is in organic, freeform design. Rhino can model any shape from an extruded shape to surface sculpted with control point.  Rhinoceros works with a 3D modelling category called NURBS which is more precise than regular mesh 3D modelling. 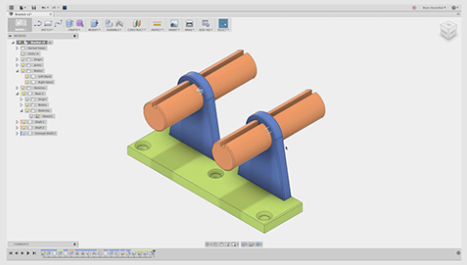 There are a few aspects that Fusion does trounce Rhino.

If you're more organically minded (honestly, I'm all over the place) you may find it really frustrating to work in Fusion despite some of its features. You can't just click on a point in Fusion and work from there -it's all about hierarchies.  You also have to be willing and able to to sign into the cloud to get your 360 program working - but that's another story.