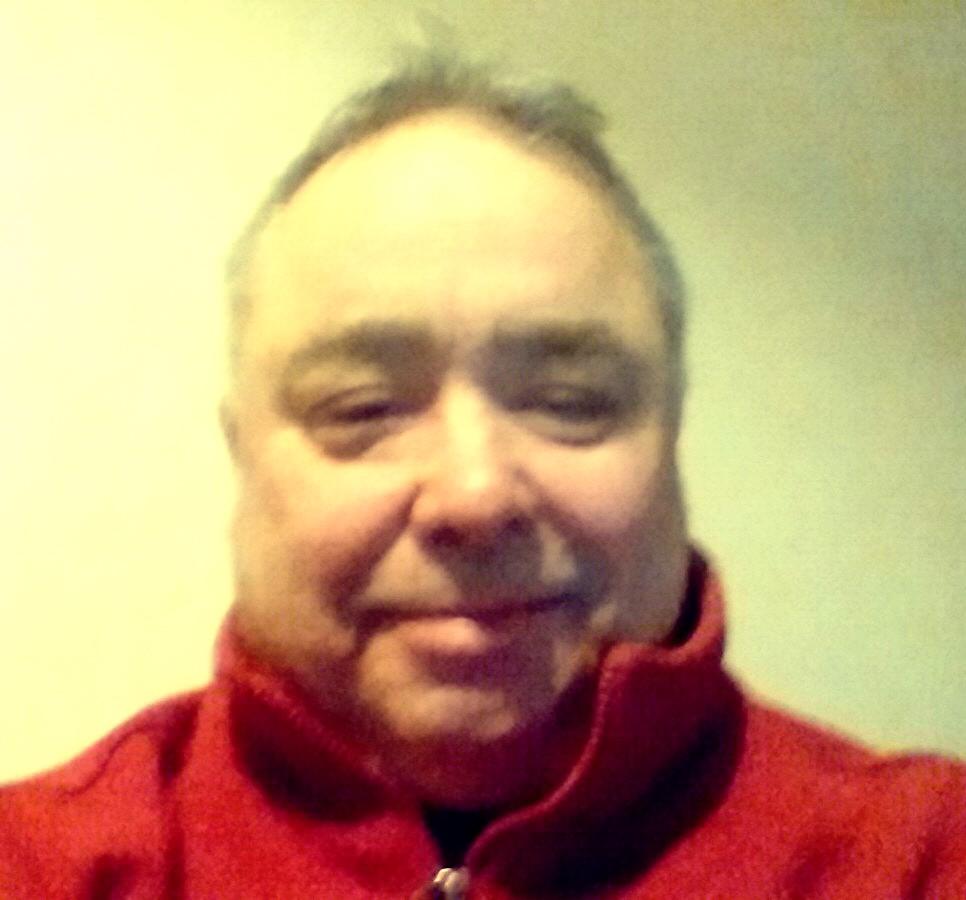 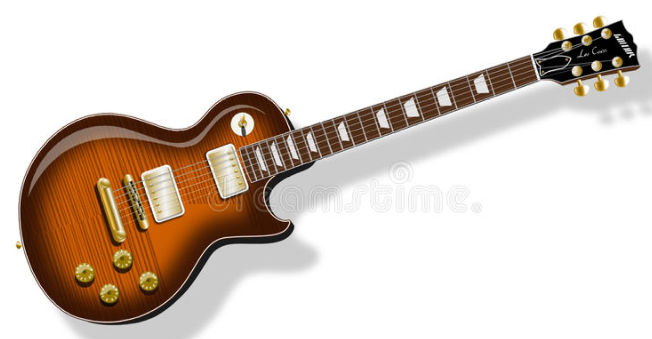 The Summer isn’t quite over and neither is the Festival Season but both are drawing to a close, Meanwhile, after a month off from moderating new tracks for Fresh on the Net, the Uploader reopens in three days’ time so it’s time to brace ourselves for the inevitable deluge of new tracks from all those artists who aren’t patient enough to wait until there is less competition! In the meantime here’s a look at some of what’s been happening over the past half a month.

✦ MANU DELAGO: Love (and Music) on a Mountain Top … Literally!!!

✦ EMERGING FROM THE MIST: My 4-parter for Fresh on the Net concludes

✦ SOUNDSPECIES: The energy of live music with the seamlessness of a DJ set

✦ THE MEN THEY COULDN’T HANG: The original Folk Indie act are back!

✦ IKAABU: Afro-Fusion with an electronic bent from Senegalese artist

✦ SOPHIE: Away from doctoring others’ tracks she has her own album out

✦ SKADEDYR: Jazz and a host of related influences from Oslo twelve-piece

Any composer-bandleader will agree that it is hard enough to find and hold onto the right group of musicians to perform your music. So having to find not just the right combination of musicians to play the music but also to successfully hike to the peak of the Alps with instruments in tow and record an album at altitude has to be approaching the most extreme manifestation of that particular challenge!

That nevertheless is what Austrian composer and virtuoso Hang player Manu Delago (https://manudelago.bandcamp.com/) decided to do in the making of his new album (due for release in September). Fortunately we had Cerys Matthews (Sunday Mornings, BBC 6 Music) to thank for not only bringing our attention to this extraordinary album and story but for bringing Manu into the BBC Studios and interviewing him. Delago was able to explain not just the importance for him both of mountaineering and of the contribution made to performance by having to cope with the bizarre effects of recording on a mountain peak and other stops along the journey [which included having to prevent the instruments becoming so soaking wet that they would be damaged and unplayable].

The result of this unique experiment is Parasol Peaks, a fascinating hybrid of filmic instrumental play, contemporary classical and jazz and subtle references to a host of other influences from across the globe. The mix of instruments - strings, winds, percussionist using sounds from the natural world along the way - adds to the unusual aura and forces Delago to assign roles to instruments (Cello for example) that others might use a completely different timbre for. And here’s an extra treat for those of us who reside in the less trendy parts of South East London. The video of the whole exercise and the track performances is being shown at the Peckham Rooftop Cinema on 13th September. You can buy tickets using this link.

With the Mixtape/Fresh on the Net in-box closed for the whole of August, a few of us crazy people volunteered to continue producing articles for Fresh on the Net in place of the usual Fresh Faves reviews. My contribution was to devise a weekly four-part series with each occupying a distinct focus entitled Emerging from the Mist (freshonthenet.co.uk/emerging-from-the-mist-4). Basically you can use this link and just replace the 4 at the end with a 1, 2 or 3 depending upon what it is you want to read about.

They remain available to read so take a look when you have time. And incidentally there were other articles by fellow moderators in the same period which are worth checking out including my friend and leading British Urban Music artist and producer JFlames who landed exclusive interviews with some amazing artists. You can find all these articles by logging onto freshonthenet.co.uk/blog and scrolling down the screen to see what articles are there. You can also find all my articles including my periodic reviews of the Listening Post Fresh Faves (as voted by the public) by logging onto http://freshonthenet.co.uk/about-us/neil-march/

I was pleased to be listening to Tom Robinson’s Saturday Night Show on BBC Radio 6 Music when Stephanie Newenhouse, presenter of BBC Radio Solent’s Introducing show was given a guest spot to highlight three artists from the Solent area of the English South Coast who she has discovered this year.

As soon as Steph referred to Portsmouth-based brothers act Barbudo (https://soundcloud.com/autillobarbudo) as having a ‘Steely Dan vibe’ my ears pricked up and I could see what she was referring to in the chords, harmonies and breezy pop-funk and jazz-infused undercurrents in their very contemporary style. Secret Admirer is the new single and captures all these elements. That Steely Dan reference could also point to another Dan-influenced Pop act from the late eighties/early nineties Danny Wilson (especially their criminally under-rated second album BeBopMopTop) and that is especially the case on the triplet-time  I couldn’t try which is slightly trippy and unsettled sounding but laced with agreeable chords and subtle nuances. Likewise the Scissors Sistersish Realise the Reality from their Pleasures EP. This is a band I thoroughly recommend checking out if you like intelligent inventive infectious Pop.

The intriguing Bruch (http://www.bruchmusic.com/music/) from North Hampshire oddly appears to have no Soundcloud page hence my not being able to share the link. She is a classically trained Cellist whose Twitter page describes her music as Electronica. However that does not accurately describe nor do justice to her atmospheric electronic Pop style in which the combination of unusual timbres and textures are ultimately an accompaniment to her striking and distinct voice which swoops, soars and drops to a whisper surrounded by ethereal harmonies and interplay while the music changes mood and tempo at the drop of a  hat. All this is based on two tracks, the untitled one in her ‘official video’ from February and the fine new single Crown. Check her out and hopefully she will make it a little easier for us to do that in the near future.

Last but by no means least in this trio of Solent area acts we have Juju (https://soundcloud.com/juju75089) whose new single Howling reveals thoughtful guitar-driven Alt Pop topped off by strong and engaging female voice. The chorus is lifted by subtly unusual melodic choices and clever close harmonies. There is an air of melancholy throughout and the vocal crescendos are goose-bumping. Role Model is rockier but possesses the same subtly Country Rock undercurrents and intelligent lyric writing. The likes of Natalie Merchant and Maria McKee come to mind. This is substantial thoughtful and dynamic music that is well worth your extra attention.

Well done Stephanie Newenhouse and BBC Radio Solent for singling out three such impressive acts. Another welcome reminder of why BBC Introducing is such a great concept.

You can always count on Stuart Maconie’s Freak Zone (BBC 6 Music) to highlight some of the more intriguing leftfield releases and the new album by Glasgow’s Sophie (https://soundcloud.com/msmsmsm) is a good example. Sophie is known for adding unusual elements to others’ works but the mind-bogglingly titled Oil of every Pearl’s un-insides showcases her own diverse and inventive music which veers between vocalised electronic pop and gradually evolving ambience and musical sound art. Check out the album on Soundcloud and, if you like it, hopefully you will buy it too.

Tuesday 21st August saw Late Junction (BBC Radio 3) presented by Verity Sharp whose guest was Rita Ray, long time DJ and Broadcaster well known for her expertise about African music. Rita not only talked about the influence of key figures in African music like Yousouu Ndour and Fela Kuti but she also picked out some tracks, old and new. A particular highlight was the amazing Electronically infused Contemporary African piece entitled Processhun by Senegalese artist Ikaabu (http://pan-african-music.com/en/ibaaku-processhun/). Also worth checking out is Afro-Canadian writer Pierre Kwenders (https://soundcloud.com/realpierrekwenders) whose Woods of Solitude is a striking and beautiful track. You won’t find it on his Soundcloud page sadly but there is plenty of other material worth making the effort to hear.

I’m not sure Jazz is really the right heading for Norway’s Skadedyr (https://soundcloud.com/skadedyr) but it’s about as close as any generic description gets. They describe themselves as “... a twelve-piece orchestra based in Oslo, uniting young and creative musicians from the Norwegian Jazz, Improv and Experimental Rock/Pop scene”. Their Hage Om Kvelden was played on Freak Zone and grabbed my attention for its ability to blend upbeat major key melody with a harmonic language that has an air of something darker lurking beneath the surface. The material on their Soundcloud page is a minimum of two years old but they have a new album out and this website. http://www.skadedyrband.no/home.html

I was pleased and amazed in equal measure to learn that a band I saw at numerous gigs (many of them with The Pogues and/or Billy Bragg) in the eighties are back with a new album. I refer of course to the original joint Kings of Indie Folk (before Indie Folk was a thing of course) The Men They Couldn’t Hang (https://soundcloud.com/thementheycouldnthang). The track Three Ships Sailing was played by Tom Robinson on his Saturday Night Show on BBC 6 Music and there is a new album either out or due for release. Their Soundcloud page reveals albums from 2017 too including How Green is the Valley referencing the same Welsh roots that inspired their classic Ironmasters back in 1985.

London-based brothers Henry and Oliver Keen are better known as Soundspecies (https://soundcloud.com/Soundspecies). Their concept is to marry the driving energy of live music with the seamless symmetry of a great DJ set.  Their Soundcloud page contains a lengthy blurb about exploring rhythmic percussion, electronic dance music and sonic experimentation. They get around too, having appeared at some prestigious festivals and live events including Latitude, Bestival, The Big Chill etc. over a 15-year career to date. Check out the breadth of influences and the skill with which they sew them together.

Another exciting London artist Ruby Francis (https://soundcloud.com/rubyfrancis) continues to blaze a trail. Fresh from owning the BBC Introducing Stage at Latitude she has a new single out. All of the time continues from where the fantastic Drip Drop left off, fusing an easy Pop sensibility and Ruby’s stunning vocal range and sound with undercurrents of Urban, Dance and more retro influences. Check the new single out here.

Tom Robinson’s show recently featured an excellent interview with Maximo Park vocalist Paul Smith (https://soundcloud.com/paul-smith-music) who has a new solo album out entitled Diagrams. Smith is an engaging articulate character and his intelligent, humorous approach is reflected by his songwriting which is evidenced on Silver Rabbit. It’s a less full-on sound than we are used to with Maximo Park and Smith clearly enjoys the freedom to indulge elements of his own history both as a musician and a fan. After all this is an Indie Rock icon who came to the band’s attention originally by singing along to Stevie Wonder in a Youth Club! Anyway check out Silver Rabbit using the link below and, if you like it, there is plenty more on his Soundcloud page.

It has been fun, if at times frenetic, producing ten editions of Trust The Doc in five months despite a busy schedule moderating and writing for Fresh on the Net, managing Demerara Records and its live events Vanishing Point and The Music of Sound, being two active artists Neil March and Environmental Sound Foundation and doing other things to keep a roof over my family’s head! But I think it is time this blog moved from twice-monthly to monthly at least for now. So the next edition will be due for publication on 30th September 2018. That said, if I end up being swamped by wave after wave of exciting new music, it is not impossible that I might change my mind! Until then, thanks as ever for reading.