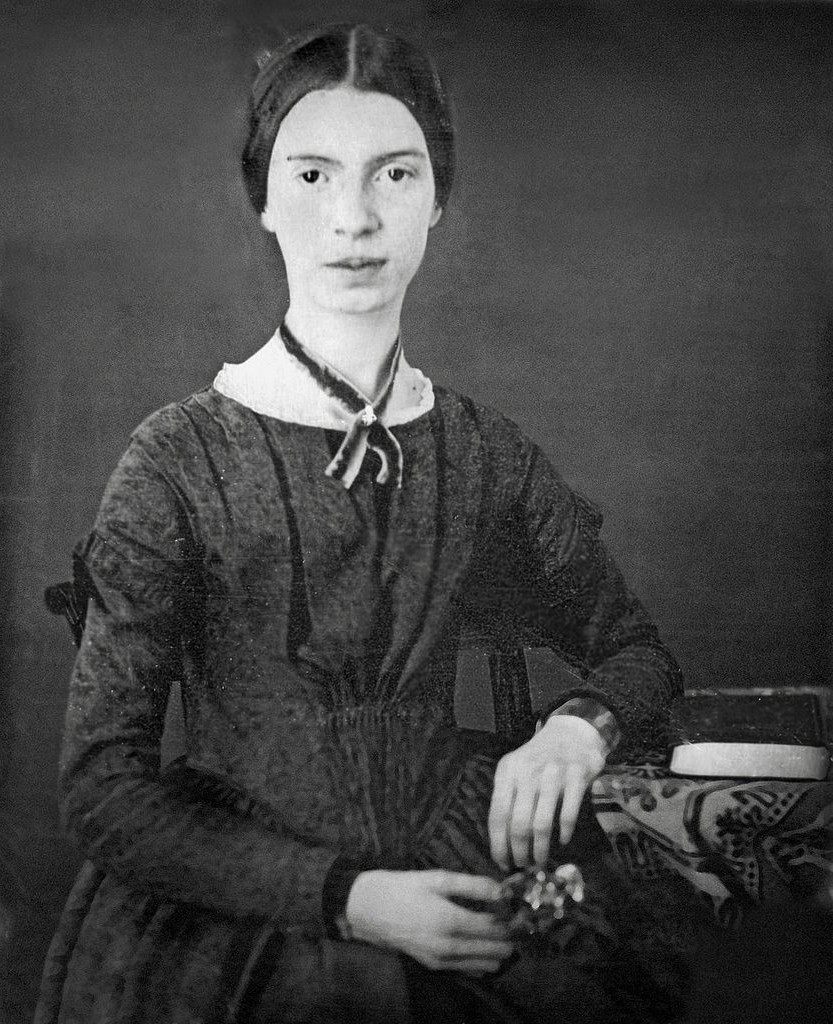 Few female poets have posthumously  had such a profound impact on the poetic tradition of the country and challenged the stylistic direction which came after quite like Emily Dickinson has. Emily only had ten poems published throughout her lifetime, all other poems being published after her death due to her eclectic stylings, which were considered unconventional at the time.

Her ability to go against the norms society had painted women in at the time is what drew me to her at a young age, and to this day, she remains one of my favorite literary authors. Her poems spoke to me on a level beyond what other poets did because, to me, she was not content with being boxed in. She longed for freedom like a caged bird does. In fact, the poems that were released during her lifetime were heavily edited to fit within what was deemed acceptable by society. It was only through her death that we all came to see the vibrant being behind her nonconformist methods of writing.

Emily spent most of her life in isolation from the outside world, choosing to live through correspondence with others. Her poems mostly dealt with death and immortality with a dabbling into nature, spirituality, and society. The atypical poetry style, which consisted of slant rhymes, odd punctuation, short lines, and a lack of titles, would become her defining contribution to the literary world. She found growth in great mentors: Leonard Humphrey and Benjamin Newton, who introduced her to the works of Ralph Waldo Emerson and William Wordsworth. The deaths of these two important figures in her life, coupled with the death of her cousin and closest friend, set her on a melancholy path which can be seen with her correspondence with her dear friend Abiah Root:

“... some of my friends are gone, and some of my friends are sleeping – sleeping the churchyard sleep – the hour of evening is sad – it was once my study hour – my master has gone to rest, and the open leaf of the book, and the scholar at school alone, make the tears come, and I cannot brush them away; I would not if I could, for they are the only tribute I can pay the departed Humphrey.”

Emily found herself further secluded, as her mother struggled with a severe illness that kept her bedridden and solely dependent on her children. Emily chose to stay the caretaker of their mother, filling her time with living life through the written word. Today, some suspect that Emily suffered from agoraphobia and possibly epilepsy, which helped keep her tucked away into her own corner of the world. It was during this time that she had her most productive writing period.

It wasn’t until Thomas Wentworth Higgins sprung up sharing radical abolitionist beliefs, and using his experiences as an ex-minister in his literary criticisms that Emily felt compelled to publish her works. Higgins’ activity within the literary community spoke to her, and she trusted in his ideals and opinions. Emily’s transcendence in the form of her poetry put her in the same class as Ralph Waldo Emerson, Walt Whitman, the Brontë sisters, and Elizabeth Browning, as they too experimented with free expression and worked to craft a different sort of persona for first person point-of-view. The speakers in Emily’s poems are astute and critical observers who see and lament over the inescapable societies and imagine an unfettered escape from them.

Emily argued against the set definitions of prose and challenged its very essence, marking her a fundamental literary force in making the abstract tangible and to define meaning without confining it.

Because I could not stop for Death

Because I could not stop for Death –

He kindly stopped for me –

The Carriage held but just Ourselves –

We slowly drove – He knew no haste

And I had put away

My labor and my leisure too,

We passed the School, where Children strove

We passed the Fields of Gazing Grain –

We passed the Setting Sun –

The Dews drew quivering and Chill –

For only Gossamer, my Gown –

My Tippet – only Tulle –

We paused before a House that seemed

A Swelling of the Ground –

The Roof was scarcely visible –

The Cornice – in the Ground –

Since then – 'tis Centuries – and yet

Feels shorter than the Day

I first surmised the Horses' Heads

This particular poem spoke to me at an early age and drew me in due to the dynamic shift in the personification of the gentleman known as Death from pleasantry to a form of ambiguity to a final morbidity. All of these transitions happen in a short time frame but strike an unequivocal sucker punch to the gut with each change.

I find that, like Emily, I’m drawn to the beauty that is death and immortality. Yes, it can be morbid, but there is a gravitational pull to it, as it is part of the natural order of things and thus something I can completely get behind.