The Mystery of the Music…

The storm was raging, branches were flying past my face, leaves were getting stuck in my hair, twigs were scratching my arms and everywhere around me was absolutely drenched. A bolt of lighting suddenly streaked the sky a bright terrifying glow and it caused a few trees to fall to the ground and some even went on fire. Thankfully, because of the wetness, the flames didn’t last for very long - phew! Through the newly made gap in the trees I could see a distant building, it was my only hope. I ran as fast as my legs could take me, but as I tripped over roots and other various things that poked out of the ground, I dropped my phone into a deep puddle, so now I had no way of calling for help - great. I finally reached the end of the many, many trees and the house became bigger and bigger and bigger, it soon became clear that it was a mansion, and a very huge one at that, it was probably Victorian come to think of it.

My trembling hands knocked as hard as they could on the gigantic wooden doors. No one answered. I knocked again, louder this time. Still no one answered. There was silence. I tried heaving the door open myself, but it was much stiffer than I expected. I pushed and pushed as hard as I could, and at last it creaked open.

All the rooms were as dark as night and there was more dust than you could ever imagine. I hoped and hoped that this was all just a dream. The hairs on the back of my neck stood up when creepy music, that sounded suspiciously like a funeral march, started to play. Rats and insects can’t play music, can they? I slowly edged towards the room from where it was coming from. I pushed the door wide open and saw a tall figure with glowing red eyes and a long black cloak playing piano. When he saw me, he swiftly stood up and whooshed over to the door, slamming it shut with a bang. Scarily, I didn’t see his feet touch the floor. I then heard a click as the door was locked. His maniacal laughter echoed around the empty halls. I got a lump in my throat and my heart seemed to stop beating as a most horrifying thought occurred to me, would I be his next victim? 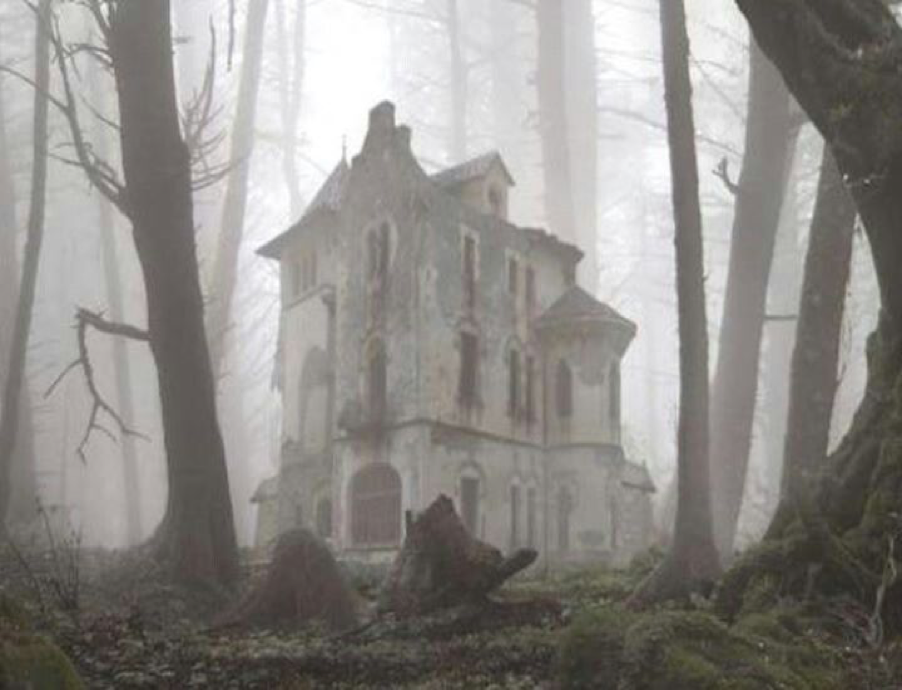