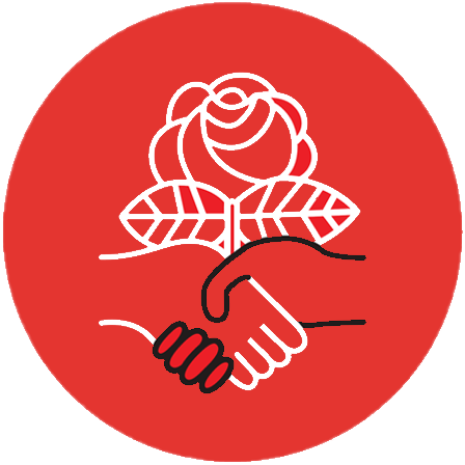 More resources will be added as they become available and some resources may be adjusted in order to stay as useful as possible. Everything linked in the document and contained in this folder is yours to use - please review the entire document!

Mobilize your membership!
Now is the time to call new members to action and reactivate members who have been uninvolved. Call or text your entire list of members, reach out to your Field Organizer for help setting up a chapter-wide mass text through Spoke, and see our Mining For Asks Guide to help delegate tasks and invite members to take part in the fight.

Get into the streets!
Show up *as* DSA to a nearby Bans Off Our Bodies rally - most are scheduled to happen at 5pm in a central location the day of the decision. If there isn’t a nearby rally, identify and work with progressive, Left, feminist, reproductive justice, and union partners to organize an event or rally. Get ready with the rally planning checklist, and by printing DSA posters and palm cards [remember to use a union printer!]. Don’t forget to send in your pictures and videos to DSA headquarters after.

On the day of your chapter’s action, be ready not just to mobilize, but organize. In May 2022, some chapters effectively used the street canvassing conversation guide to sign up and engage rally attendees and bring them into DSA as we build a longer term campaign to protect reproductive rights and fight for socialism. Use the petition to gather signatures, and the outreach and onboarding guide to make sure everyone you meet gets a follow up call/text and is invited to an upcoming chapter event.

Bring workers and unions into this fight!

Capitalism can’t function without workers, which gives us tremendous power. To build the mass movement, working class power necessary to win, workers and unions need to be plugged in. DSA union members can use this guide to organize and mobilize their co-workers and unions.

If Roe V Wade is overturned, more than half of states have laws or constitutional amendments that make it certain or likely that they will attempt to ban or severely restrict abortion, and 13 states have ‘trigger’ laws that would automatically ban abortion. While this is a blatant, deadly, and undemocratic attack on the working class (particularly against low-income people of color and those living in red states), it would likely only mark the beginning of a right-wing rollback of Supreme Court decisions that enshrined basic queer and civil rights. Our bodies, our lives, our rights, and our democracy are on the line.

The Supreme Court is a fundamentally undemocratic institution that is now a prime vehicle and bully pulpit for the white nationalist, right-wing. The Right has already chipped away at Roe for decades, such as with the passage of the Hyde Amendment which immediately cut off federal funding for abortion (an obvious act of class warfare). Our socialist feminist vision includes universal childcare and universal healthcare with free coverage of abortion and reproductive care– a stark contrast to what currently exists. Holding the line on Roe v. Wade is a critical component of the eventual achievement of that vision. This fight is also critical for building the Left’s power, and breaking the institutionalized power of the Right. In other words, this fight, and the next two months, are critical for socialist struggle.

While establishment Democrats tell us that our rights will be safeguarded as long as we donate to and vote for their milquetoast candidates in the midterms, we know that will fall dangerously short. Feminist movements both here and abroad have taught us that the way to stop Right-wing and Capitalist attacks on reproductive rights is by building working class movements of the majority that can contest power at the ballot box, in our workplaces, and in the streets. To win, we need to build people power, worker power, and mass movement organization. We must mobilize, but also organize– and bring both members on the periphery and new recruits into DSA and this struggle, so we can build mass power that lasts longer than a march.