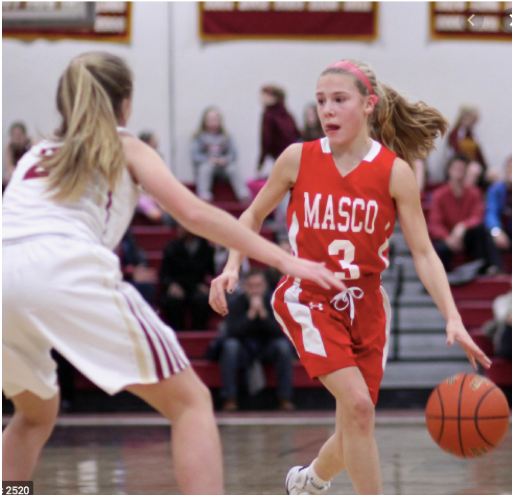 Masconomet has a proud athletics history and our teams and student-athletes strive to always represent Masco’s values of excellence and sportsmanship. The athletics program is committed to the physical, emotional, social, and mental development of all who participate. To be eligible to participate in athletics at Masconomet Regional High School, students must meet the academic requirements of the Massachusetts Interscholastic Athletic Association (MIAA) as well as Masconomet High School’s standards for academics and student conduct. Masconomet High School offers a comprehensive program that includes 63 boys’ and girls’ teams at varsity and sub-varsity levels. During the 2018-2019 school year, 638 High School students participated in athletics. Masco athletic and co-curricular activities cost nearly $920,000 to run in FY19. Participation fees continue to support a broad offering of sports and a high quality experience for our students in a manner that is cost effective to the Tri-Town Community.

The large majority of Massachusetts high school athletics programs are partially fee-based in a similar fashion to Masco. When school budgets became chronically underfunded beginning in the year 2000, many school districts faced the choice of cutting athletics programs to preserve academic programs, or going to a fee-based program.

During the severe Tri-Town budget crisis of 2003, the School Committee decided to prioritize academics over athletics.  At that time, rather than utilizing a larger portion of the local tax revenue for non-academic activities, they decided that athletics should be funded partially through user fees.  It was decided that fees should be charged to cover approximately 60% of the cost.  Every two years during the annual budget process, the School Committee reviews the actual costs of each sport and determines if the fees are meeting the 60% benchmark coverage.  If a sport’s fee falls below 55% of the cost, they look at raising the fee to put it within an acceptable range.

The process and financial documentation used to determine the fees is a bit complicated, but worth explaining.  A detailed spreadsheet (available on the Masconomet website) details the expenses that are attributed to each sport.  Expenses are broken into two categories.  Direct expenses are those such as coaches, officials, transportation and special equipment that correspond directly to a sport.  Indirect expenses are items such as the athletic director, facilities manager and league membership that are considered overhead.  These overhead expenses are totaled and allocated to each sport based on the anticipated number of players.  Uniforms, for example, are in overhead to even out the expense per sport over the years.  Since new uniforms are not purchased for each sport each year, rather than having one year with a high expense, including it in overhead means each sport is contributing to their uniforms on an even basis.

Changes to Athletic Fees for 2019

The estimated cost to run Masco’s athletic programs increased by approximately $100,000 to just over $1 million in the FY20 budget.  The increase is primarily due to a 13% increase in transportation costs, and the addition of 10 coaches and certain coaches apparel that had been previously paid for by booster groups.  At the same time, overall enrollment at Masconomet decreased over the past several years and there has been a corresponding decrease in the number of students participating in athletics.  Based on these factors, the revised fee calculation will increase for almost all sports.  In order to offset some of the increase, the School Committee voted to reduce the benchmark coverage to 55% instead of the previous 60% of the total cost per student by sport.  Even so, many sports fees have increased. The largest increases are seen in the sports that had the additional coaching added that was previously funded by booster groups.

Revenue from admission sales to ticketed sports, which include Football, Basketball, and Wrestling, is pooled and used to provide scholarships for those families who can not afford the user fee for their student athlete.  Recognizing that families of these athletes are also paying fees, this year the School Committee has directed the school to give every student on a team playing in ticketed events one free game pass for home competitions.

As always, families may apply for fee scholarships by completing an application process publicized each season.

Other Changes to Athletic Programs

Another change made recently was to reassign team levels such that Masconomet now has two junior varsity levels - JV1 and JV2 - and of course, Varsity level. There will no longer be “Freshman” teams. This change was made in order to place students on appropriate teams based on ability rather than grade level and to encourage more students to participate in Masco’s athletic programs.  Along with this change, minimum participation requirements were changed so that they are no longer per sport, but instead they are per level per sport. 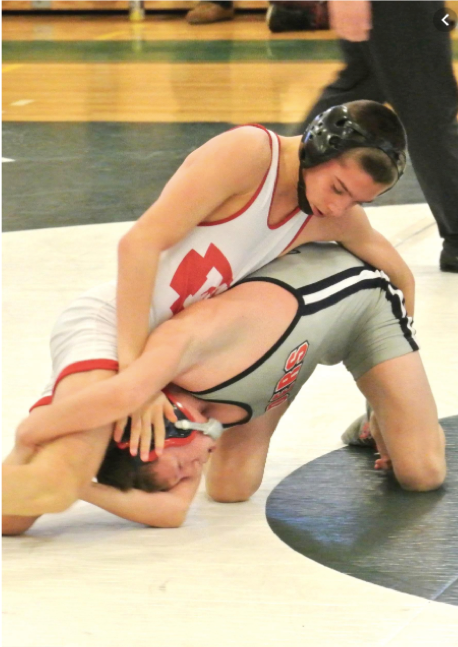