The Saginaw County Mosquito Abatement Commission has been controlling nuisance and disease vectoring mosquitoes since 1977.  We provide service to all of Saginaw County's 814 square miles which include: 27 townships, 5 villages, 3 cities, and approximately 200,000 residents. Saginaw County consists of both rural and highly urbanized areas.

SCMAC is funded by a 10 year 0.64 property millage that was approved in 2014 by an overwhelming vote of 81%. The owner of a $100,000 home would pay approximately $32 per year.  This rate is calculated on the state equalized value (SEV) for the property.

Presently, we employ 10 permanent staff members and approximately 60 seasonal employees during the months of May - September.

Michigan has had mosquito problems since humans first moved into the region.  There are stories about Native American trails, developed long before the first French settlements, which wound around and stayed on high ground to avoid areas where mosquitoes lay in wait for a suitable warm blooded host. 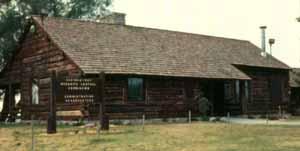 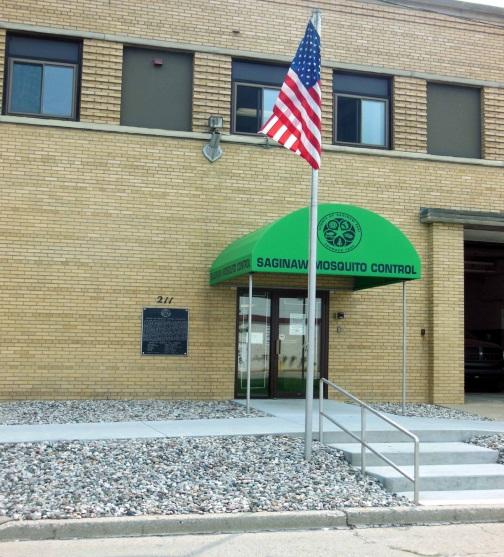 Although written accounts are few, it doesn't take much imagination to believe that these same adversaries were encountered by the early fur traders, missionaries, and Native Americans who worked in the areas near Lakes Michigan, Superior, Huron, and Erie along with all associated river systems.  U.S. military documents show that a fort established on the banks of the Saginaw River in 1822 was decommissioned three years later because over 90% of the garrison had contracted malaria.  In pioneer times and even towards the end of the nineteenth century the State was regarded as a fever ridden, swampy, highly malarious area.  The past medical community estimated that prior to 1880, malaria constituted from 50-75% of all sickness in Michigan.  The extent of the malaria problem was noted in 1898 by a speaker at the 50th anniversary celebration of Michigan Agricultural School, now Michigan State University.        "In 1858, the most notable and impressive event of the season was the fever and ague (malaria).   In the latter part of August and fore part of September, there were 70 out of 100 students unable to attend classes; at least they could come every other day, as the fever was mainly intermittent.  The main consolation the sufferer got was the frequent assurance that it was only the ague and nobody died of it."

The mosquito-borne disease, viral Eastern Equine encephalitis (EEE), is also no newcomer to the State of Michigan.  Techniques needed to diagnose EEE did not become available until the 1930's, so there are no reliable records to indicate the incidence of this disease prior to that time.  Records from the Michigan Department of Agriculture and Rural Development (MDARD) indicate that sporadic EEE infections of horses were the norm.  Outbreaks on a larger scale have occurred periodically, in 1942 and 1943, a total of 469 equine cases were reported in Michigan.  Until 1980, however, no human infections of EEE were reported in Michigan.  During an extensive epizootic in that year, a young boy in St. Joseph County became the first known human to have contracted EEE in Michigan.  He was hospitalized in August 1980, became comatose, and eventually died in March 1982.  This event raised public awareness of the seriousness of the disease and its potential hazard to humans.

St. Louis encephalitis (SLE) is another mosquito-borne disease, but its recognition is much more recent then that of EEE.  The first known human infections with SLE in Michigan were reported in 1975, which was part of a widespread epidemic that extended from the southern Mississippi Valley in the United States into southern Ontario.  In this epidemic, Michigan recorded 93 human cases resulting in 3 deaths.  In the years since the 1975 epidemic, only sporadic human SLE infections have been reported in Michigan.

It was the outbreak of St. Louis encephalitis in 1975 that persuaded county officials to start a comprehensive mosquito control program in the Saginaw Valley area.  In 1977 the Saginaw-Bay Mosquito Control Commission began operations in Bay and Saginaw counties.  This joint program was in operation for 7 years before each county decided it was best to have its own county agency.  In 1985 the Saginaw County Mosquito Abatement Commission began mosquito control operations just for the County of Saginaw.