Welcome to the FlinchNFT Movie Franchise

Flinch is the first ever NFT movie franchise, with Part 1 complete. We are a team of filmmakers that believe in the vision of decentralization and Web3. The collection of 9,999 Criminals, Crooked Cops, and Femme Fatales from the mind of writer, producer and director  Cameron Van Hoy will soon be coming to the ETH Blockchain to unite Web3 and Hollywood. 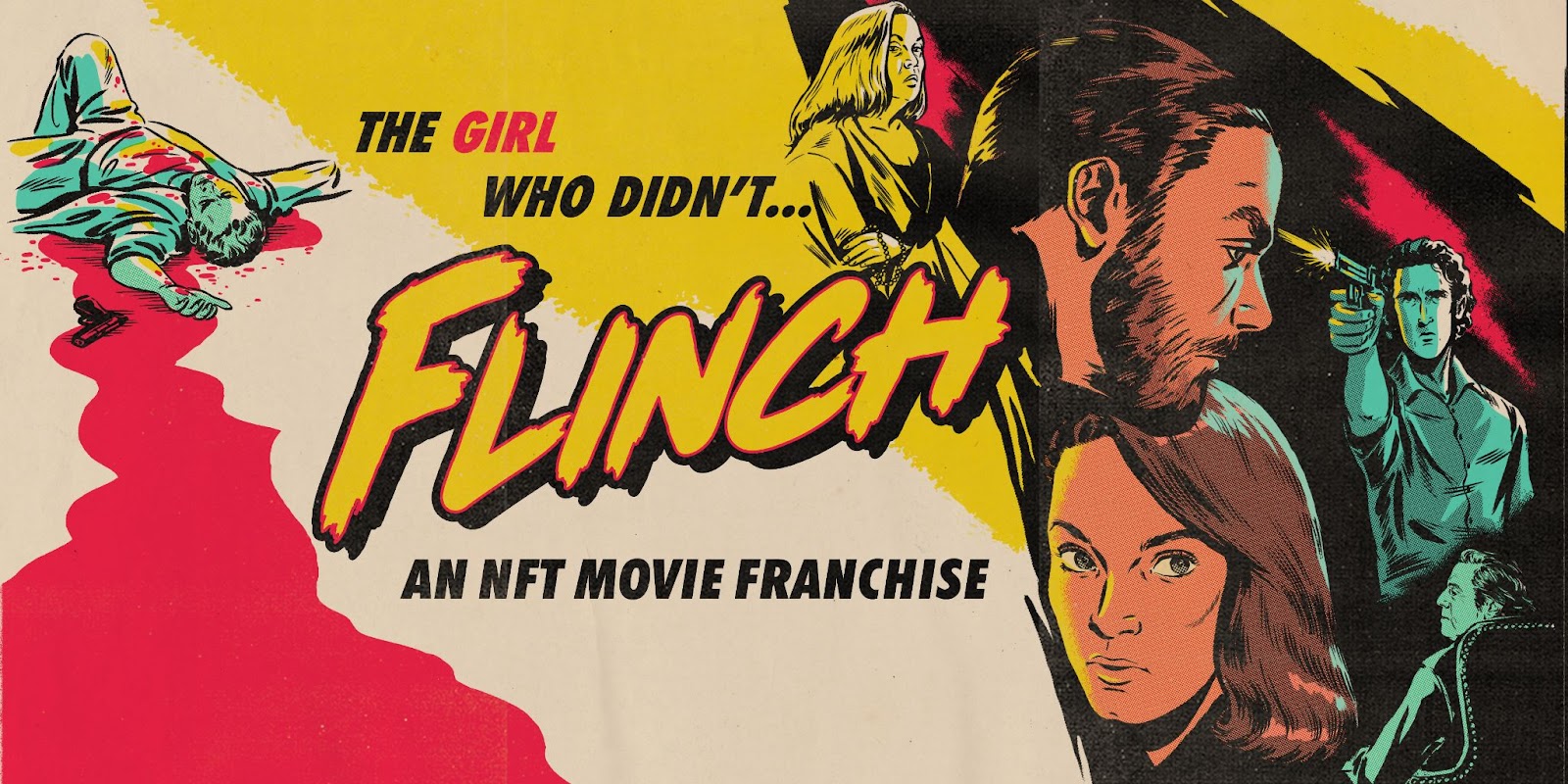 At Flinch, we are focused on two things: community and the art of cinema. We believe that the technology of Web3 can be used to disrupt an industry that has become increasingly closed-off and out-of-touch. Studios consistently push out recycled IP and have drifted away from what the filmmakers envision and what the viewer wants.

Vision Statement: We believe the process of making and distributing movies must change. We envision a future where filmmakers and audiences are empowered to create what they desire. Web3 presents a paradigm shift: one in which participants gain access to the Hollywood industry, governance over a franchise and ownership of IP.

Mission Statement: We will usher in a new era of originality, creativity and value creation for cinema and its fans using the ethos and technology of Web3.

Flinch is the result of a lifetime of practice, dedication, and, most importantly, passion. 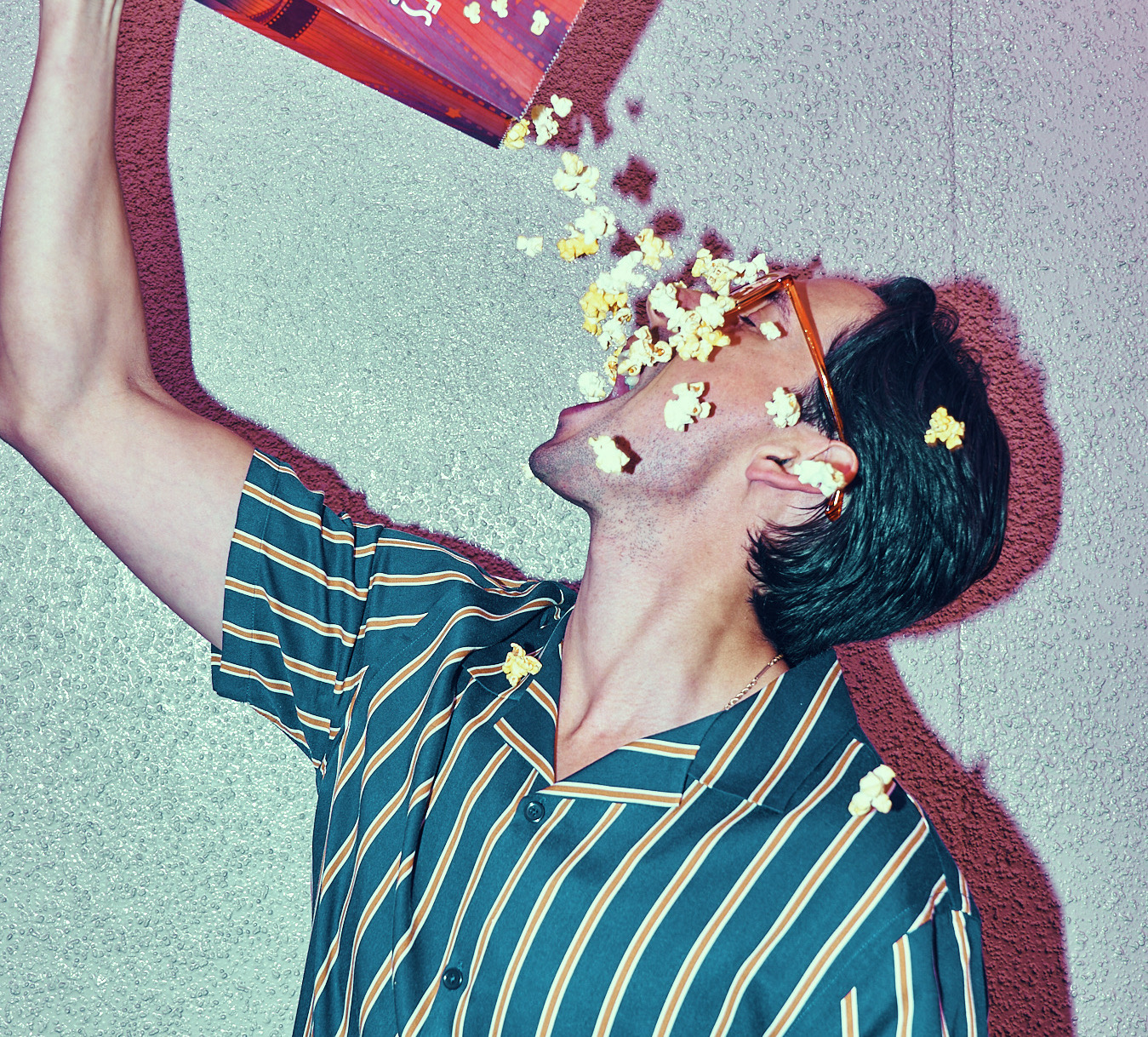 Cameron Van Hoy grew up in a traditional Italian-American family. Raised by a single mother in San Diego, and, later, New York, his love of cinema was apparent from an early age. Initially a child actor, Cameron appeared in the leading role of the film Pups and appeared as a voice actor in the series Hey Arnold! Cameron’s love for the art transitioned into filmmaking as he attended the famed LaGuardia High School For the Performing Arts in New York. Cameron’s friends knew him as the kid that always had a video camera.

The entertainment industry is largely based out of Los Angeles. So he made a beeline for the City of Angels the very second he could. He began producing and writing movies including Treasure of the Black Jaguar and Almost Sharkproof. Cameron had an unwavering drive and his skill and passion as a filmmaker became apparent.

Holders of the NFTs receive governance, access and value. Using NFTs, Blockchain, and the suite of Web3’s empowering technologies, we are creating a community-inclusive movement within the filmmaking industry. 9,999 generative profile picture art pieces based upon the characters from the Flinch franchise will be available for purchase on the ETH Blockchain. The pieces are designed by the well-known and established Ukrainian artist Sveta Shubina. 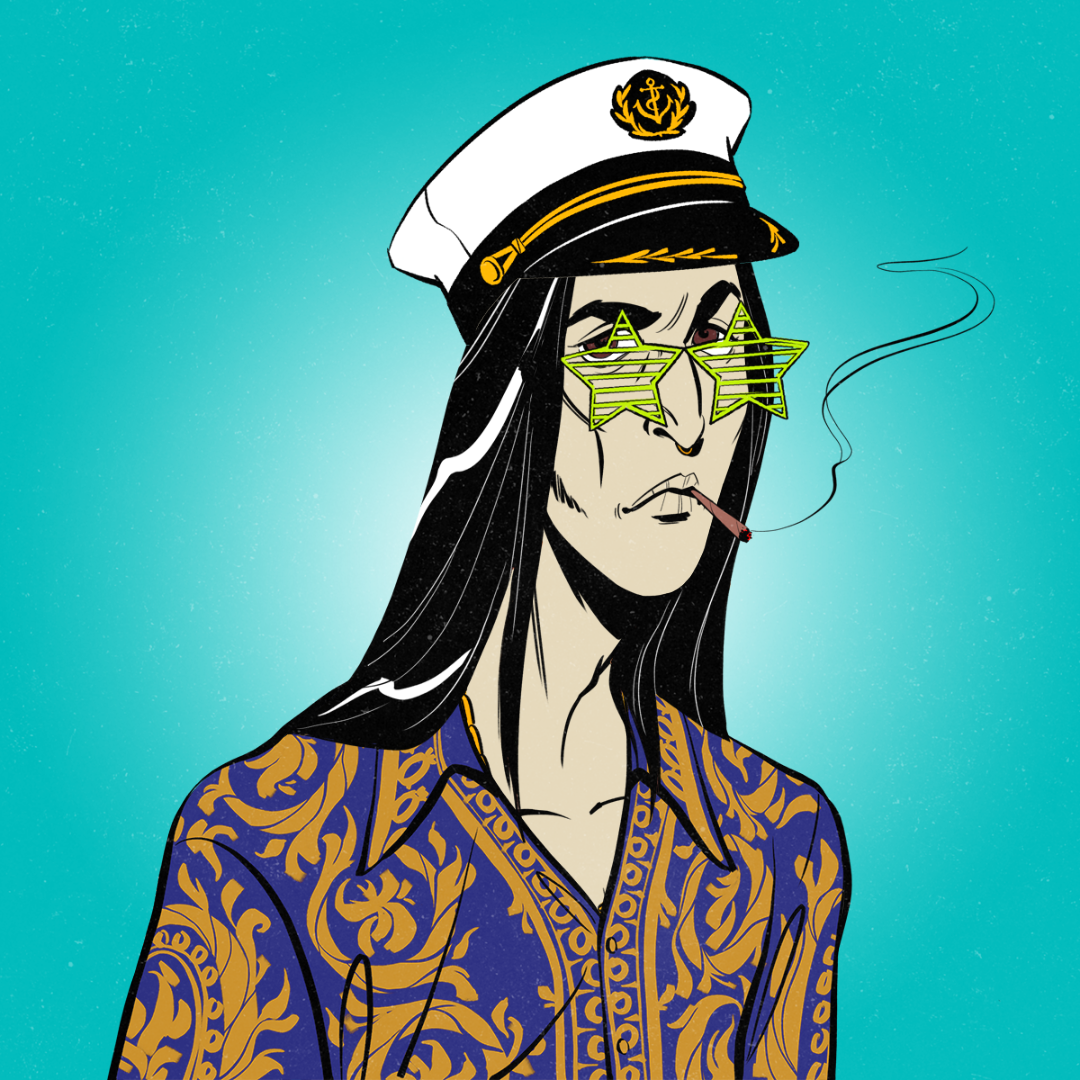 *There are three of the generative characters that include Criminals, Crooked Cops and Femme Fatales. Traits including clothing, scars, eyewear, hats, hair styles, skins, masks, backgrounds, and more are generated upon mint.*

Holders of the NFTs are granted access to Hollywood in a revolutionary way. They will be involved in the creation of Part 2 and the larger Flinch franchise. They are given access to the Hollywood experience in the form of direct contact with the Filmmakers, set visits, the opportunity to appear as extras in the film, invites to the red carpet premiere of Flinch, afterparties with the Cast and Crew, and other screenings and events (set visits, behind the scenes, and other events will be streamed live for Holders who can’t attend IRL).

Holders are given governance over the franchise by having a crucial role in the development of the script, ancillary materials like comics, games, TV shows, music, merchandise and the larger franchise itself. Holders will play a major part in influencing  the scripts, the considered locations and the prospective cast. The community is able to utilize the access granted to see high quality works created that they’ve played an integral part in. Community members who show advanced skill and/or passion will have a path to paid positions within the filmmaking process - in the writers’ room, on set, acting, post production, etc.

Perhaps most importantly, holders acquire ownership. This includes the IP rights to their minted characters. 50% of income the franchise generates will be put into a community wallet (less splits and profit shares for investors, contractors deferred payments, debts, union dues, royalties, etc. for any outside investment, funding or financial obligations that is procured to produce the films/works/project). The holders will decide what to do with the community wallet. Some examples include: advertise the film and NFT project, procure digital assets, finance development or production of future works. Anything the community dreams up they’ll have the opportunity to fund. Councils will be put in place to govern the franchise. It is our goal to make one new Flinch film within the larger franchise each year and a plethora of ancillary works.

The community replaces the movie studio.

Flinch NFTs intend to advance the art and craft of storytelling in Web3 by utilizing airdrops, staking and gamification to create valuable experiences for holders.

*** We believe in a low mint price. The first community members should be rewarded for their early support. The finances from the mint and secondary sales will be used for the creation of our multimedia. As the project grows so does the scope of our productions.***

Up to 250 NFTs will be reserved by the project for allocation to cast, team and crew and to be distributed down the road as project sees fit. 4 will be rare.

There will be a 1-hour break between the end of the Hitlist Pre-Sale and the beginning of the Public Sale.

Starts: 25 hours after the start of Pre-sale launch.

Flinch is a crime-thriller film franchise that tells the story of a young hitman who lives with his mother. Unable to dispose of a girl that witnesses him commit a murder, he gradually falls for her, bringing her home and quickly realizing there is more to her than meets the eye. Flinch can be found for rent on other major VOD platforms, including Amazon Prime, Youtube, and iTunes. We encourage anyone interested in joining the franchise to watch Part 1.

i. You Own the NFT. Each Flinch NFT is an NFT on the Ethereum blockchain. When you purchase an NFT, you own the underlying Art, completely. Ownership of the NFT is mediated entirely by the Smart Contract and the Ethereum Network: at no point may we seize, freeze, or otherwise modify the ownership of any Flinch NFT. We do ratin the right to use any art from any Flinch NFT in our media, content, films or all other future works.

FIRST LOOK DEAL: If any holder wishes to create a film, show, cartoon, comic, social media account, podcast or any other form of media now known or to be known in the future out of their Flinch NFT, Ardor Pictures has a first right of refusal to finance part of or the entirety of such project. Holders must submit their proposed media project based on their Flinch NFT to the Flinch community via the appropriate channels as outlined on the official Flinch accounts. Should the Flinch community decide not to finance, then the holder has the right to exploit their NFT without the financial support of the Flinch community. Turn around time for a response once the project is submitted to Ardor Picture will be 1 month unless additional materials are requested, another month for review will be allowed upon each new submission of materials. Ardor Pictures can extend any review period by an additional month upon written notice to the submitter. If an NFT is sold to a new holder before any media is produced, the new holder must re-submit any media exploitation plans to Ardor Pictures.

For more information and contact, visit our official links:

All Rights Are Reserved ©