Looking at the line-up of dance events in the Bay Area this fall, you’d never think the arts were on the precipice of a national funding crisis, threatened by an federal administration determined to end a long tradition of patronage. A raft of new platforms, collaborations and festivals are bringing activists and artists together in the Bay Area, and rule-breaking is proceeding at a feverish pace. That doesn’t mean there isn’t fun being had – these skilled dance-makers unearth joy all over, even in dark places. Here are our top Fall dance picks. 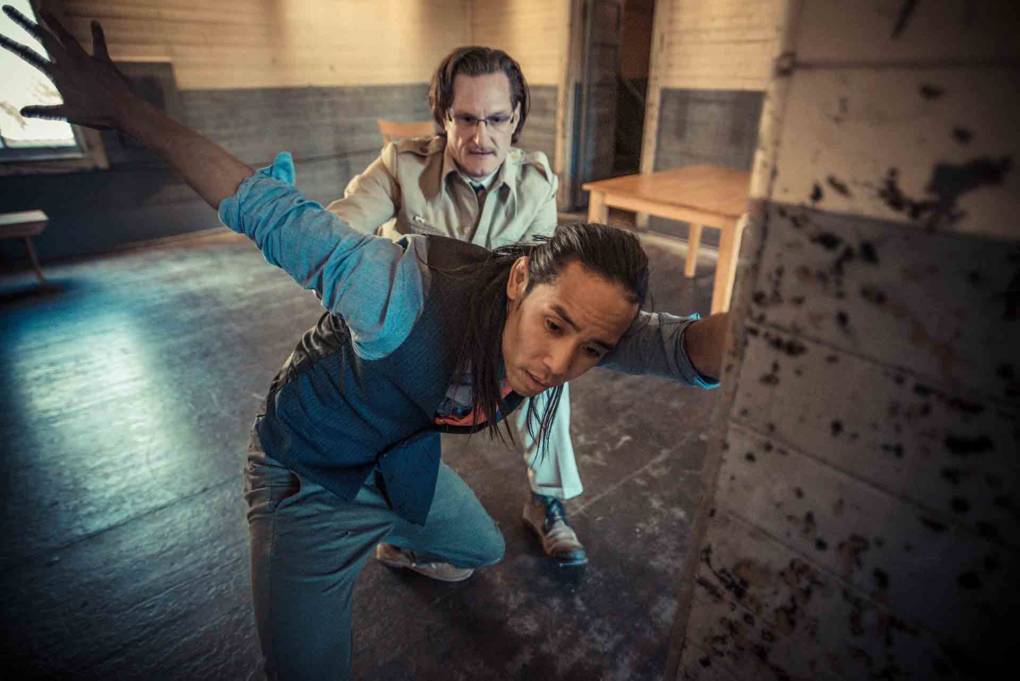 ‘Within These Walls’ by Lenora Lee

“Among the 170,000 Chinese who immigrated to the U.S. in defiance of the Chinese Exclusion Act, and who were processed and interrogated at the Angel Island Immigration Station, were three of my grandparents,” notes Lenora Lee, as she prepares to unveil her latest multimedia dance installation on Angel Island. This historic facility was saved from demolition in 1970 by the discovery of Chinese poetry that had been carved into the walls of the detention barracks. Audiences who make the trek out to the island will find themselves swept up in a swirl of movement, music, poetry and film. With this ritual of remembrance, seeded by a very personal inspiration, Lee hopes to throw into relief the resistance of Chinese communities to the injustice of the anti-immigration law and the indignity of mass incarceration on the island. 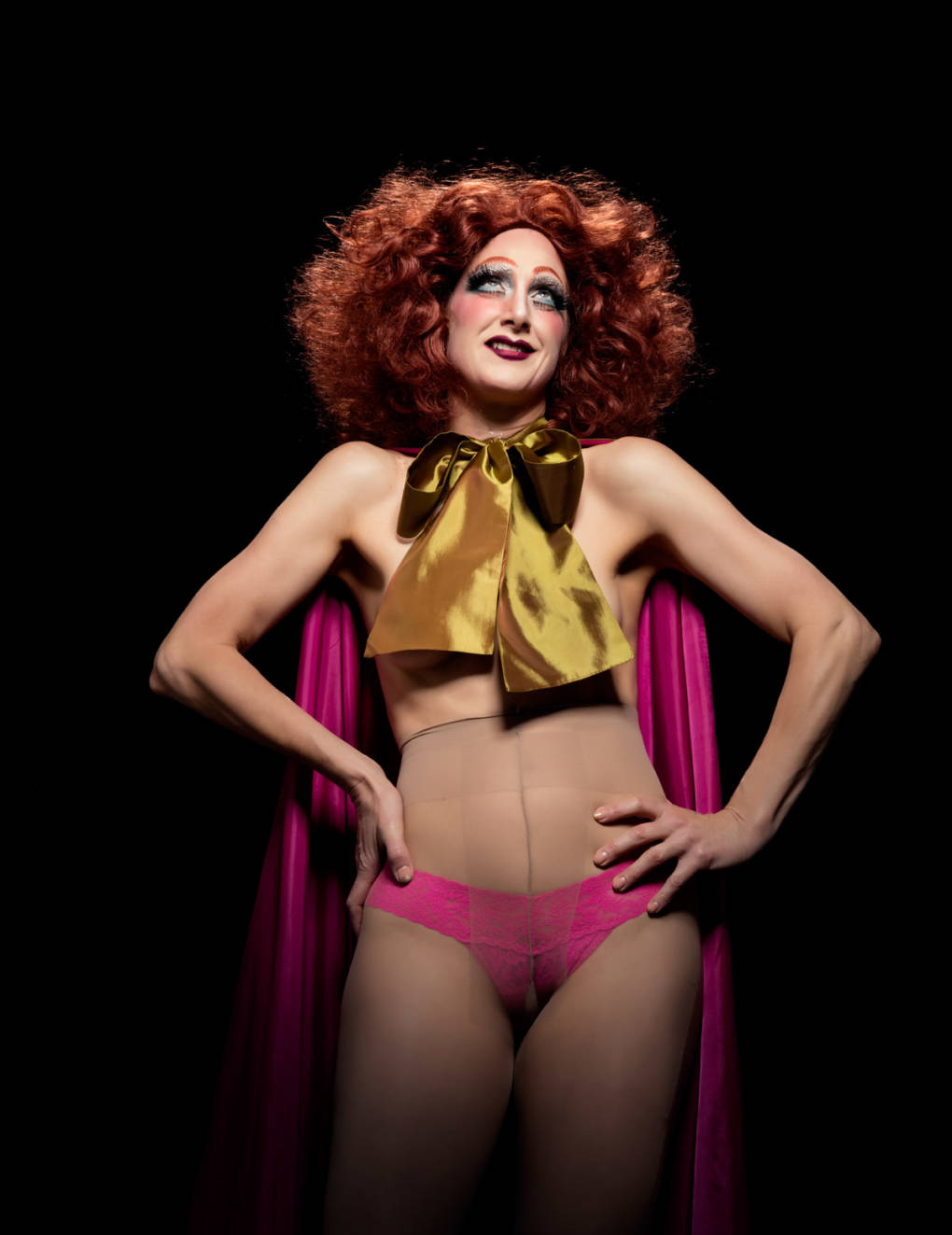 Yerba Buena Center for the Arts

In the aftermath of the violence in Charlottesville, the launch of YBCA’s festival of dance centered on the provocation of “Why Citizenship?” could turn out to be an urgent rejoinder to the savage display of racism. Among the artists shaping the inaugural season of Transform is the dance theater company Embodiment Project, who will explore the school-to-prison pipeline that ensnares children of color, and contemporary dance company RAWdance, who will address seesawing public opinion cycles that elevate rational thinkers before condemning them as elitists. In total, nine local artists are premiering new works, including Jesse Hewit, Fauxnique, Fogbeast, Larry Arrington and Amy Seiwert’s Imagery. Festival curators intent on heightening YBCA’s reputation as an engine of creative dissent tell me: “Our presidential administration clearly has a myopic vision of who ultimately has access to the American franchise, but we believe citizenship is more a matter of *active participation* than it is solely of clerical documentation.” 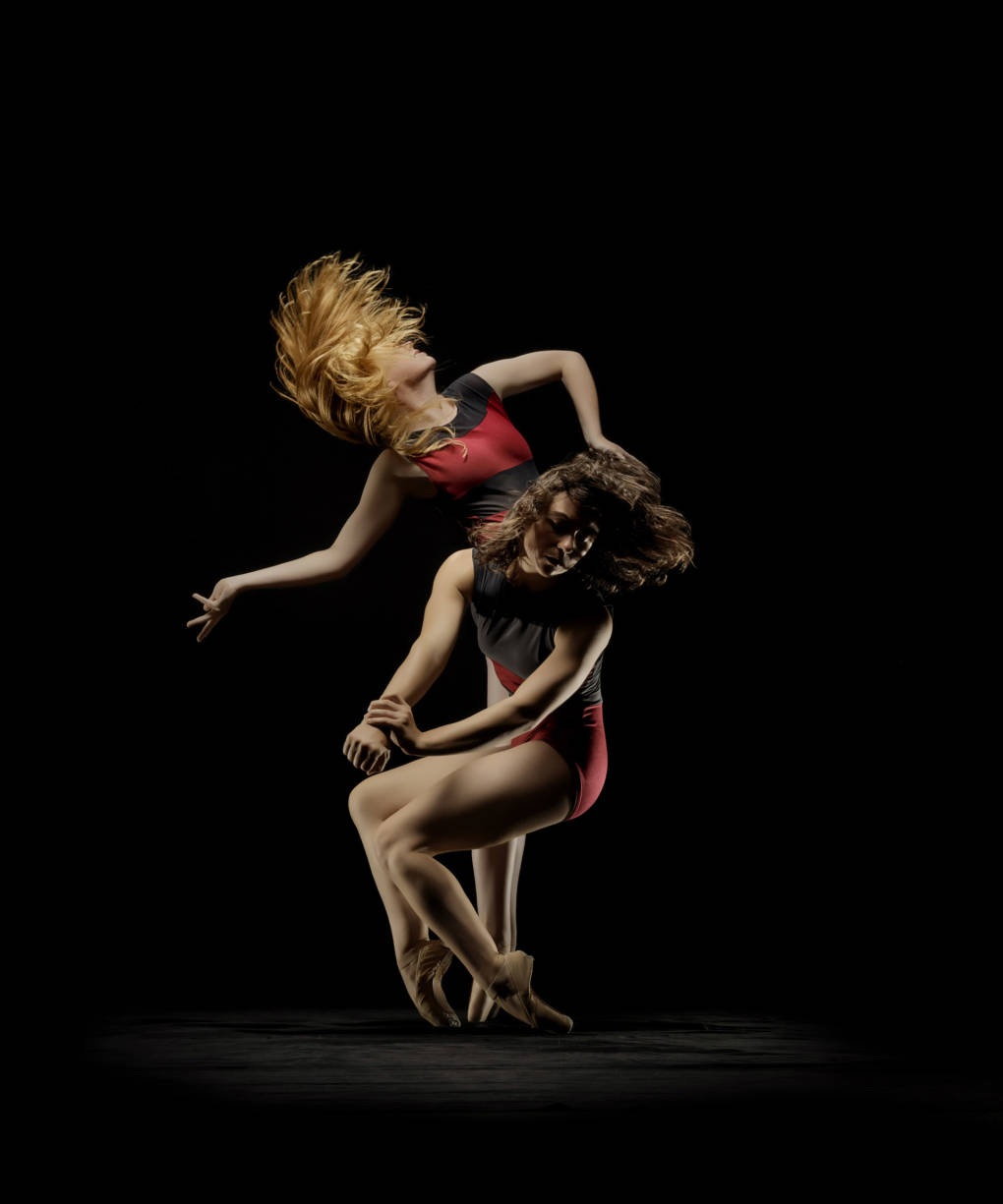 Dexandro “D” Montalvo ties a dancer’s fear of injury (and fear of losing healthcare) to the broader idea of emotional loss and heartbreak in the world premiere of Broke(n). For this feisty company of nine, which he has led since 2015, Montalvo is also restaging Impulse, a dance he had made for Robert Moses’ Kin. Originally an all-female quartet, it is being reset on the male dancers of DTSF. “Impulsewas not created to feel masculine or feminine,” notes Montalvo. “It celebrated individuality, physicality and ferocity, and just happened to be created on women.” An all-male cast will change its dynamic, as Montalvo notes, “I’m excited to see how these male dancers bring new layers to the choreography.” 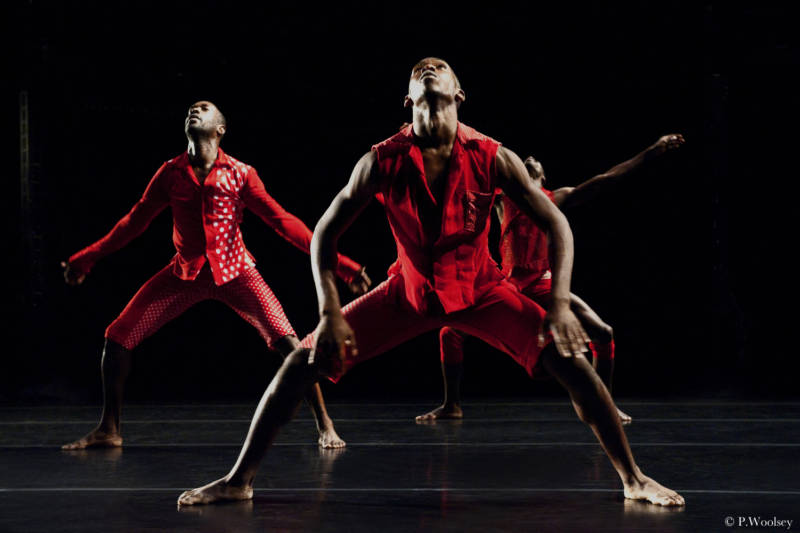 This season, Cal Performances celebrates four generations of African American choreographers whose voices have resonated profoundly across the landscape of contemporary dance. First up is Reggie Wilson, who founded his company, Reggie Wilson/Fist & Heel Performance Group, in Brooklyn in 1989 as a vehicle for what he describes as his “post-African/Neo-HooDoo Modern dances.” His acclaimed riff on the tale of Moses was originally inspired by Zora Neale Hurston’s retelling of Exodus, and by Wilson’s own travels to holy lands in Africa and the Middle East. 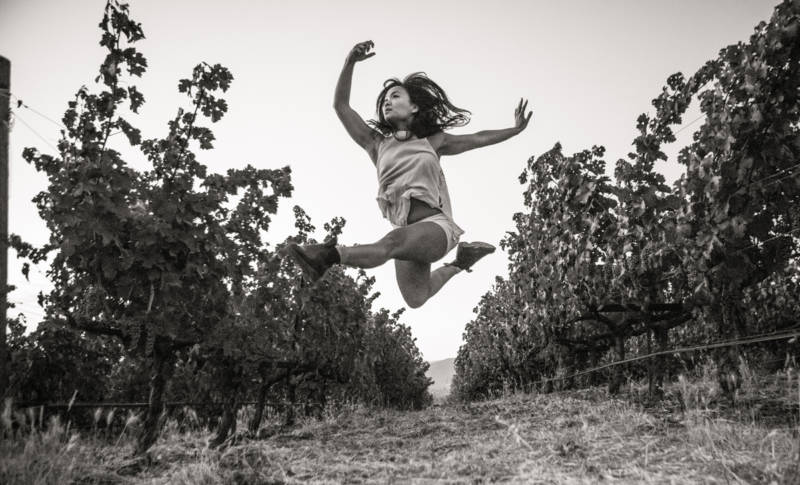 Amy Foley, Yayoi Kambara, Kristen Daley, and Tanya Bello have all made waves in the Bay Area dance world as performers, teachers, choreographers and producer-directors. Alumnae of storied dance companies in the Bay Area and beyond — ODC, Robert Moses Kin, and Margaret Jenkins Dance Company, just to name a few — they are joining forces this fall to make an evening of work that examines the impact of motherhood on the lives of dance artists. 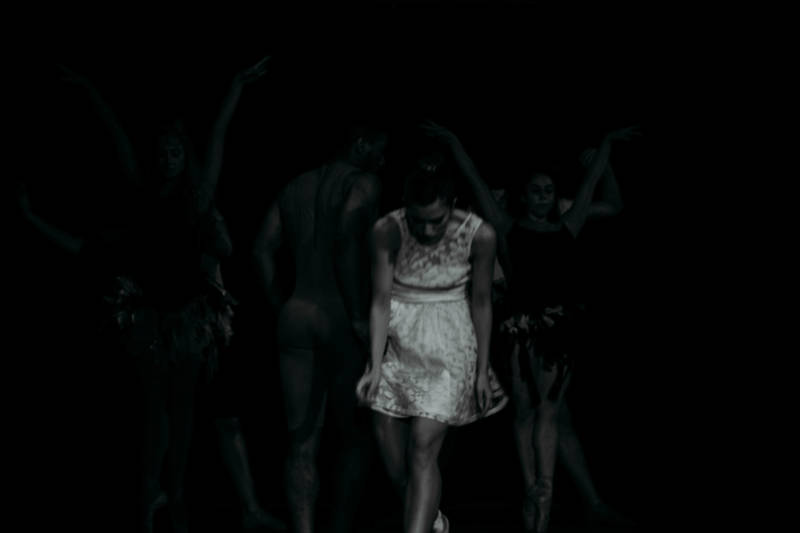 ‘From Shadows’ by Marika Brussel

A riveting excerpt from Marika Brussel’s ballet-in-progress, set in a homeless encampment, was recently on display at the experimental Summer Performance Festival (SPF 10). The full-length work comes to ODC this fall, and if you have any doubts about the power of ballet to tell gritty contemporary tales, this should dispel them. 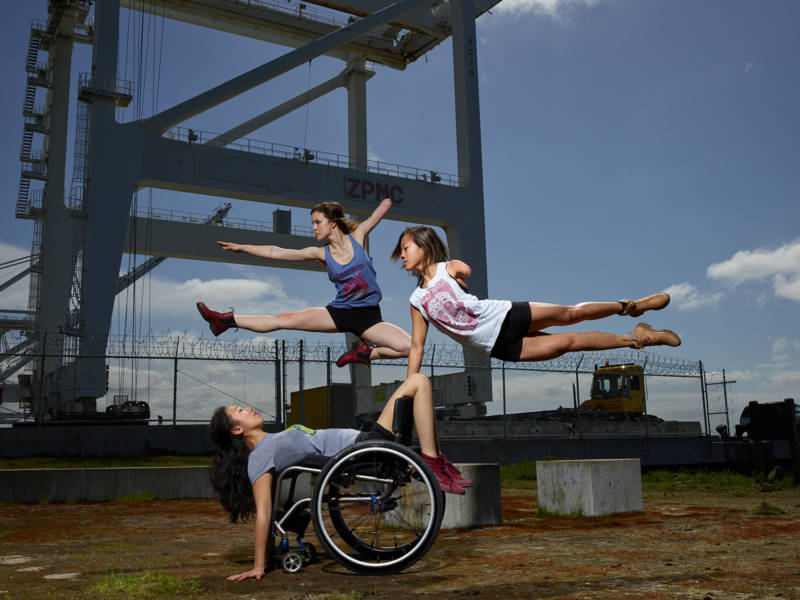 This company, which has pioneered the integration of dancers with and without disabilities, sails into its third decade with a salute to iconic work from the past, including Secret Ponies by Stephen Petronio, and The Reflective Surface by Amy Seiwert. Incoming artistic director Marc Brew takes the reins from founder Judith Smith, who will be among the original cast members performing in Secret Ponies. Brew says, “This work allows us to provide audiences with historical context and honor the company’s 30 years of rule breaking.” The program also looks to the future with an ambitious new collaboration between Brew and composer JooWan Kim, who leads the Oakland-based hip hop orchestra, Ensemble Mik Nawoo, and whose striking compositions straddle the classical and hip-hop worlds. 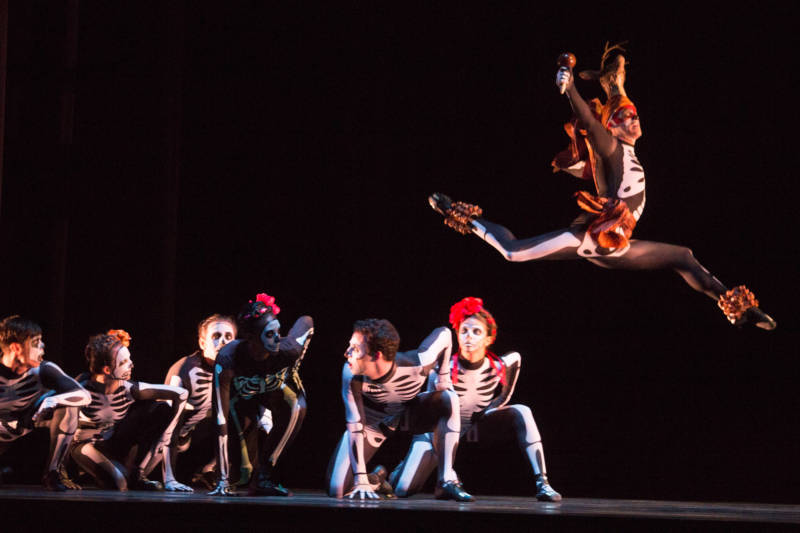 Oakland Ballet rode the rough economic times along with the city of Oakland and today, while its seasons are still woefully brief, its eclectic programming reflects the vibrancy of the city and the rigor of the company’s classical roots. Last season’s popular Luna Mexicanareturns this year to the glorious Paramount Theater in Oakland. The ballet is an exuberant nod to Mexican Día de los Muertos celebrations, in which the living typically honor the spirits of the dead with offerings of food, flowers, music and dance. This year, Mexican folkloric dance and music will serve as a prelude to the featured ballet. 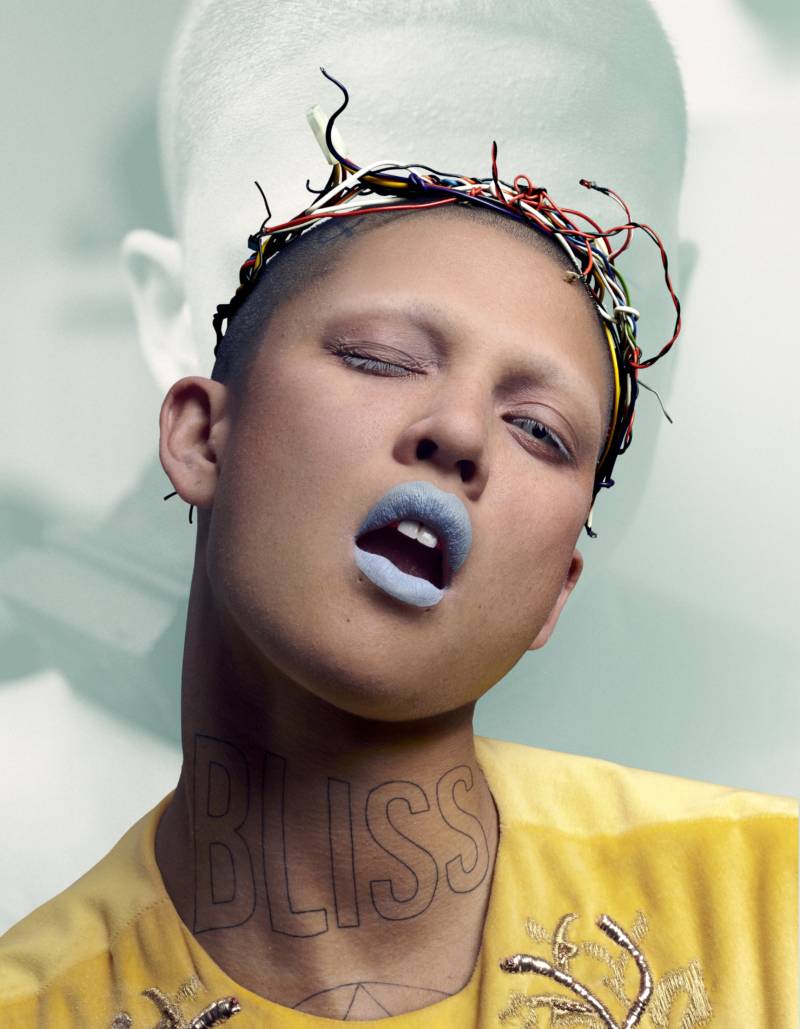 Hope Mohr is perennially inquisitive. The intellectual curiosity evident in her choreography extends to the intriguing, post-modern dance experiments she orchestrates each year under the imprint of the Bridge Project. Previous ventures spotlighted female choreographers, but as gender has become a topic of increasing political contention, Mohr wants to “challenge the historically exclusionary scope of post-modernism.” To this end, she has spurred a flock of dance artists, academics and activists to grapple with the question: ‘What does it mean to have a radical body?’ Judith Butler, boychild, Larry Arrington, Xandra Ibarra and Maryam Rostami are among those iconoclasts taking a stab at the prompt. 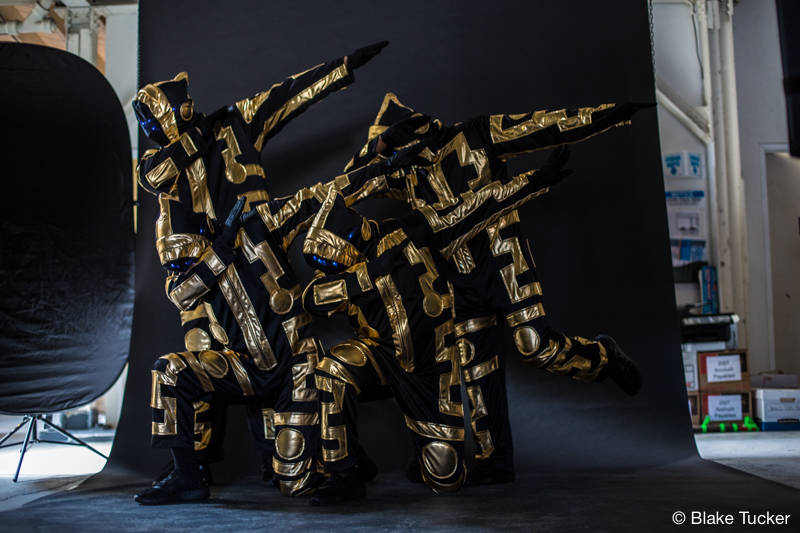 There are dance impresarios, and there is Micaya. For 19 years she has taken hip-hop off the streets and out of the familiar context of battles and competitions, showcasing a fusillade of dance styles in an egalitarian setting that underscores each of their unique qualities. Pure expositions of virtuoso technique erupt alongside imaginative feats of theatrical story-telling. “There are a lot of very skilled dancers and choreographers out there creating powerful works of art,” says Micaya. “Many of the submissions this year are quite sophisticated.” She is still sifting through close to 100 submissions from Russia, Spain, India, The Netherlands, Tanzania, Vietnam and dozens of other countries; closer to home, crews from L.A., Chicago, Memphis, Montreal and more are vying for a spot. And the Bay Area is always well-represented — in the line-up this year, the pioneering Medea Sirkas will bring their iconic brand of strutting and roboting to the festival.